Posted by Abdul Rafay in Tattoos On 15th August 2022
advertisement

Anthony Loffredo's extreme appearance draws a lot of attention, and he has already acknowledged that his passion for tattoos has made it challenging for him to get employment. 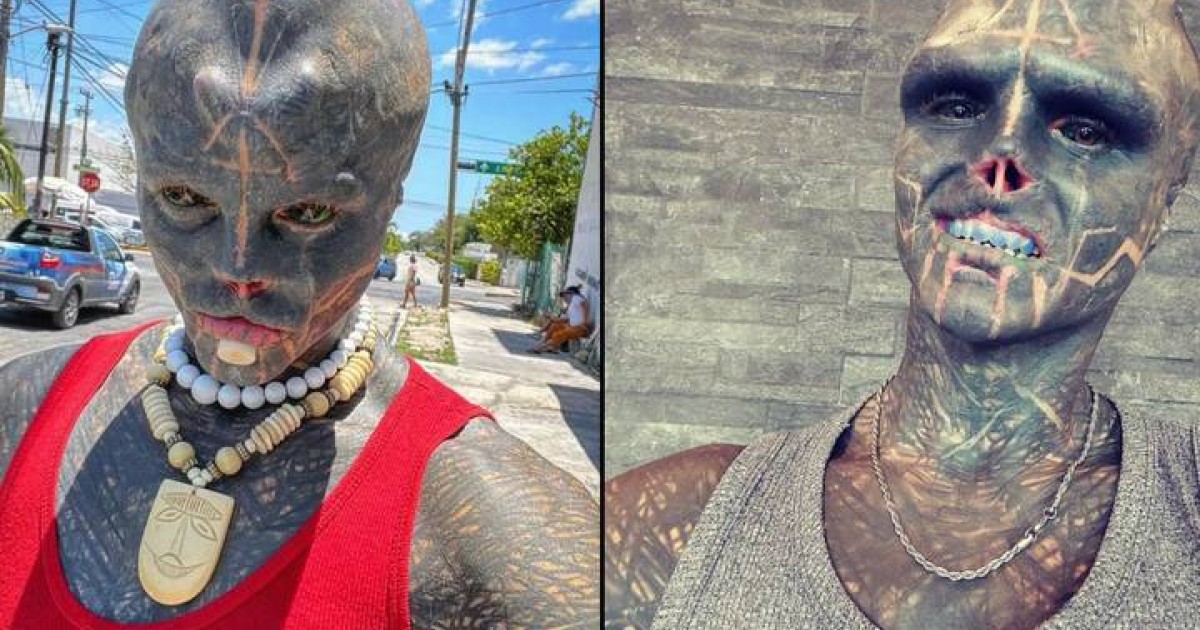 A man who goes by the nickname "the black alien" has admitted that he carved the word "Alien" into the skin of his head.

Anthony Loffredo, a 32-year-old from France, has undergone various body alterations - such as removing his fingers, upper lip, eyeballs, and part of his nose since the age of 27. 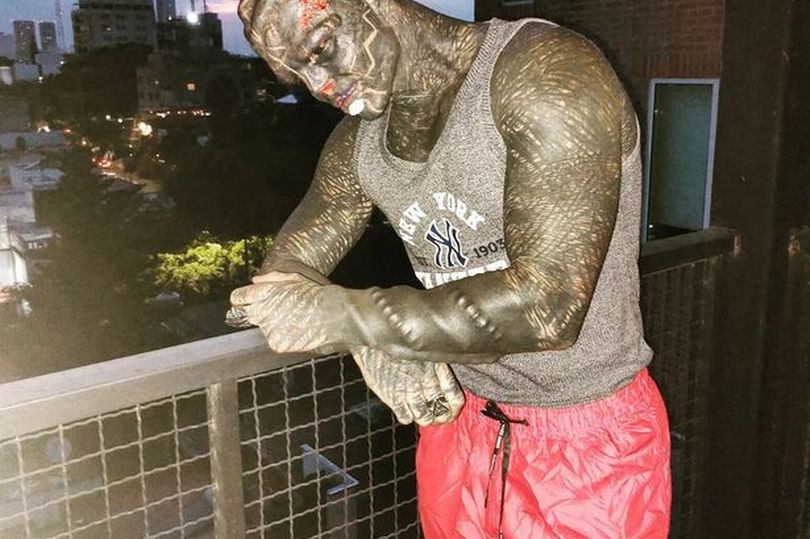 In addition, he has several tattoos, reptilian-style implants all over his head and arms, and a split tongue to resemble a snake's body.

Just when we thought he was finished, Loffredo revealed that his most recent physical alteration may have been his most terrible. 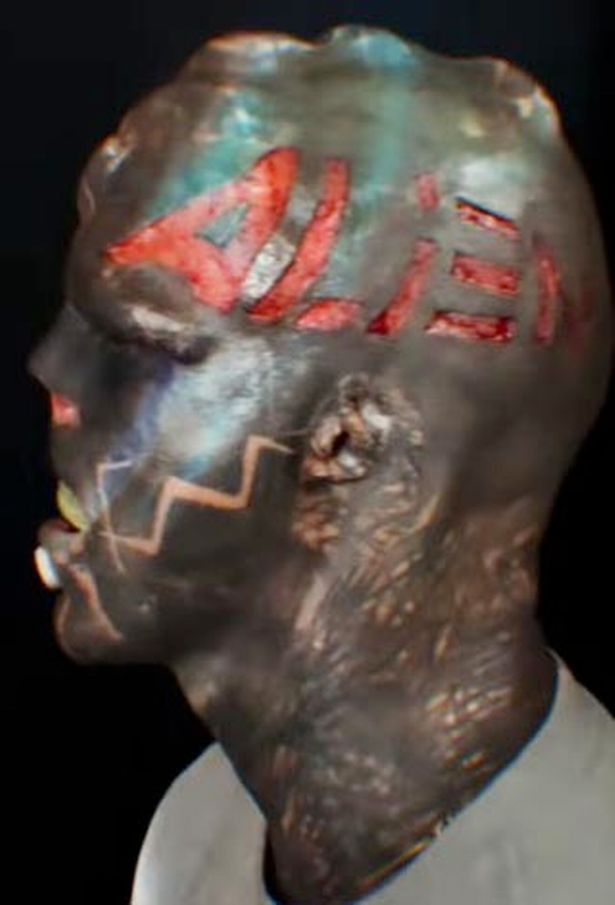 Loffredo showed the side of his skull with the word "alien" etched into it in a video published to his 1.3 million Instagram followers.

The plastic surgery enthusiast fan stated that he is just 45% of the way toward his goal in the caption of the video, where his black tattooed skin has been removed. He wrote: "Black alien project evolution."

Despite having a sizable social media following, Loffredo has been upfront about the challenges he faces in real life because of his unusual appearance, including getting a job.

Speaking on an episode of the Club 113 podcast, he said: "I can’t find a job, there’s lots of negative stuff. It could be positive because you feel better, but you have to know there’s also a dark side."

The so-called Black Alien has also discussed the attention he encounters daily due to his look by posting videos of himself moving through crowded places and observing people's reactions.

The New York Post reports that Loffredo explained to the French newspaper Midi Libre in 2017 why he had changed his appearance, saying: "From a very young age, I have been passionate about mutations and transformations of the human body."

"I had a click when I was a security guard. I realized that I was not living my life the way I wanted. I stopped everything at 24 and left for Australia," he told the outlet.

"I love getting into the shoes of a scary character. I often settle down somewhere and play a role, especially at night in the dark streets… I explore the contrast between the role I play and myself," Loffredo added.