QAnon conspiracy theorists may sound like a small online minority, this video proves just how intensely these beliefs can take over people and community. This woman went on a rant about the 'plandemic', a fake president and everything else under the sun. The internet however was amused by the whole situation and also baffled by the extent of these ridiculous beleifs. 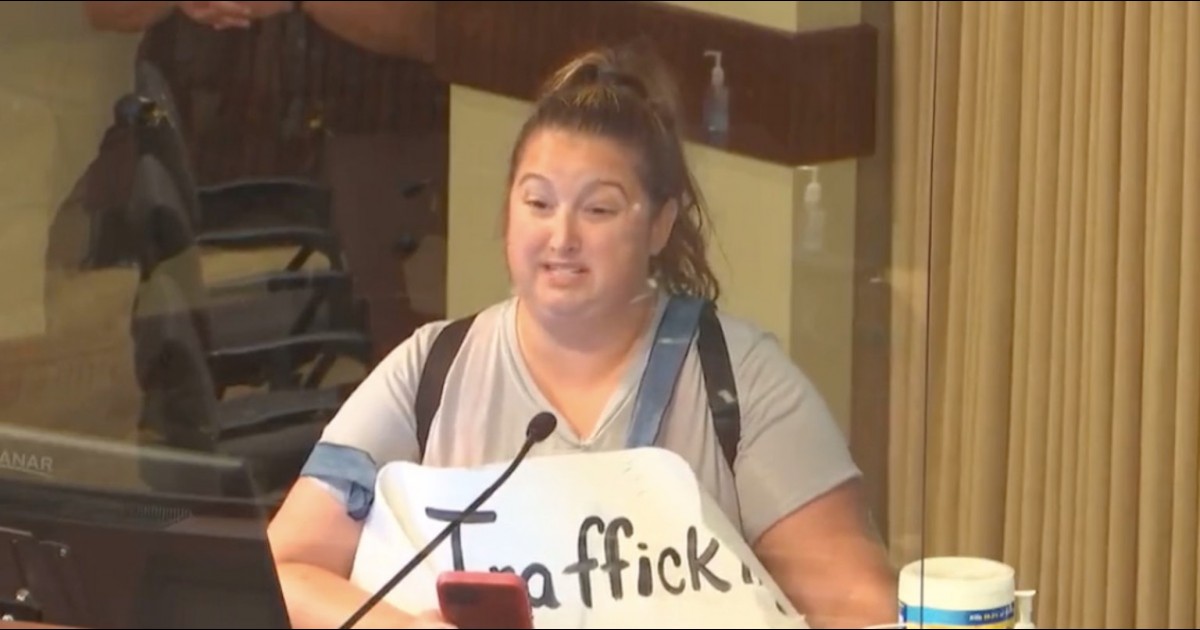 The event held by the Board of County commissioners on Kansas was clipped and shared by @JerriJamz who was viewing the Livestream of the event.

The clip shows a mother stepping up to the podium to ask about masking mandates in schools.

She starts by saying, “I’m here for the children. There is zero evidence that COVID-19 exists in the world. PCR tests are recalled. This is a ‘pandemic.’ Fake virus. Bioweapon jab. Fake president. You will not experiment on my children.”

So this happened at a city board of commissioners meeting regarding masking in schools last week. (Link to board’s original post in comments) pic.twitter.com/vcQ2VxwHsI

She takes it a bit further and continues, “It’s always been about the children. We know you’re coming for the children. We will not comply. We only answer to god. People are waking up, nothing can stop what is coming. if you vote yes you will all be tried for crimes against humanity. Children don’t disappear. Eight hundred thousand children in the United States disappear. Where do they go? Human trafficking is a real pandemic. the mainstream media doesn’t cover it. There’s no virus. the media is the virus. Politicians, Hollywood, are all involved. Please vote no today, I’m begging you. I want you to think real hard about these children.”

Then for the final cherry on top, she leans in and says into the mic. “Trump. Won.”

So homeschool your kid then! Why should the rest of us have to suffer and risk life or death because these folks believe in conspiracies?

One user said, "She needs mental health treatment. She is not living in the same world most of us do. This is actually terrifying."

She needs mental health treatment. She is not living in the same world most of us do. This is actually terrifying.

While another added, "Honestly, I refuse to believe I am from the same species as whatever it is this is..."

Honestly, I refuse to believe I am from the same species as whatever it is this is...

This commenter was shocked by the anger that she exhibited.

"What has happened to this country that we have this kind of anger over something that will save lives?"

What has happened to this country that we have this kind of anger over something that will save lives?

While people have been responding in bemusement, the number of people coming forward who have witnessed similar things is also alarming.

"I met someone who I thought was relatively normal until I checked out her FB page."

I met someone who I thought was relatively normal until I checked out her FB page. pic.twitter.com/IGbpjAxSRj

Another shared a similar incident at their county board meeting.

"This happened at ours this week. And the board ate it up. 🤦‍♀️"

Just as a follow-up:
This is in St. Johns County Florida, which currently has ~25% positivity rate. This same meeting had numerous medical professionals begging for masks in schools. @SJCSD decided this and other diatribes were on par with their professional opinions. 🤦‍♀️

And this commenter shared a similar incident where a man had to be escorted out.

As fringe as this movement may seem, it is only growing in popularity and hurting the vaccination efforts towards achieving herd immunity in the USA.

Most who spoke in public forum Thursday were peaceful during the meeting.

But, for the record, this was the man who was escorted out by law enforcement: https://t.co/JxSCrfPW0t pic.twitter.com/HavBzGZSPM