Chidera Eggerue, 23, dreamed of getting a boob job.

She changed her thinking on her blog, Saggy Boobs Matter. 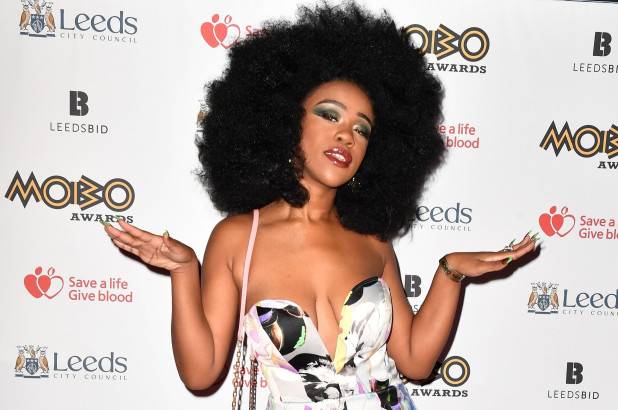 She has challenged ladies to share cleavage pics on their profiles for a reason: the celebration of saggy boobs.

The hashtag is intended to offer hope to ladies who have felt uncertain about their breast. 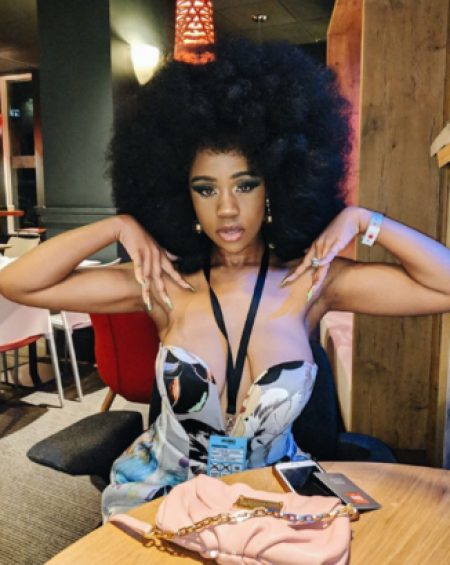 "As much as there's progress, we still have a long way to go when it comes to the way we speak about women's bodies," Eggerue told INSIDER.

"The body positivity movement can often be harder for slim women to participate in, because we have body hangups, too." 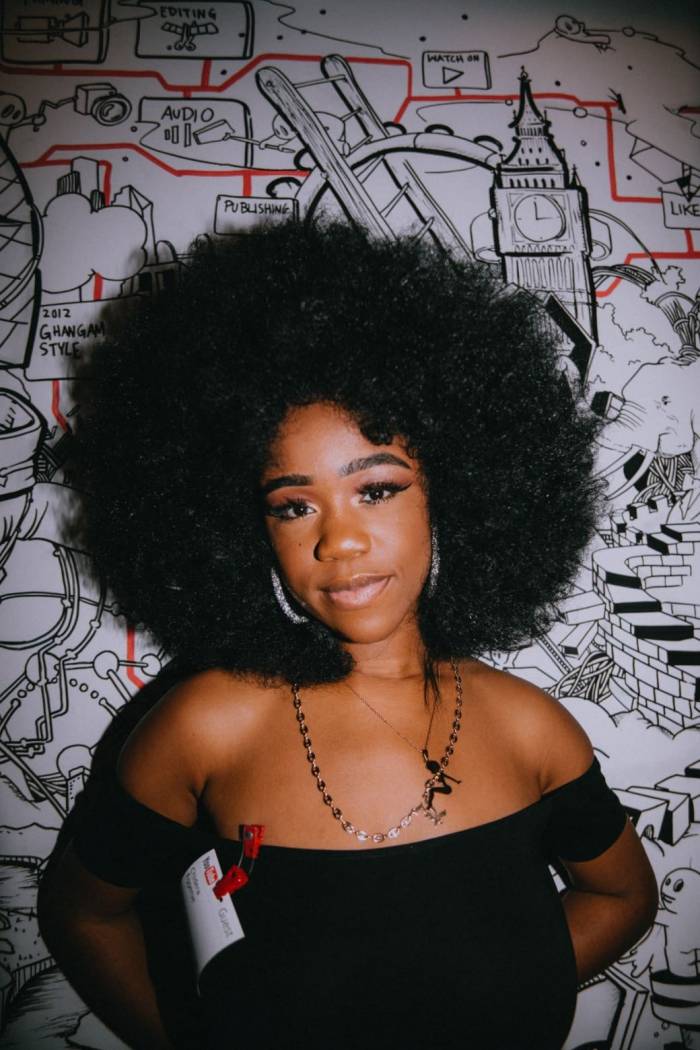 Eggerue sees the shaming of saggy boobs as a vicious cycle:

"Saggy boobs are underrepresented. Being underrepresented makes you feel alien to society. This fosters insecurities in people who don’t have the mental strength to see value in themselves beyond other people’s standards." 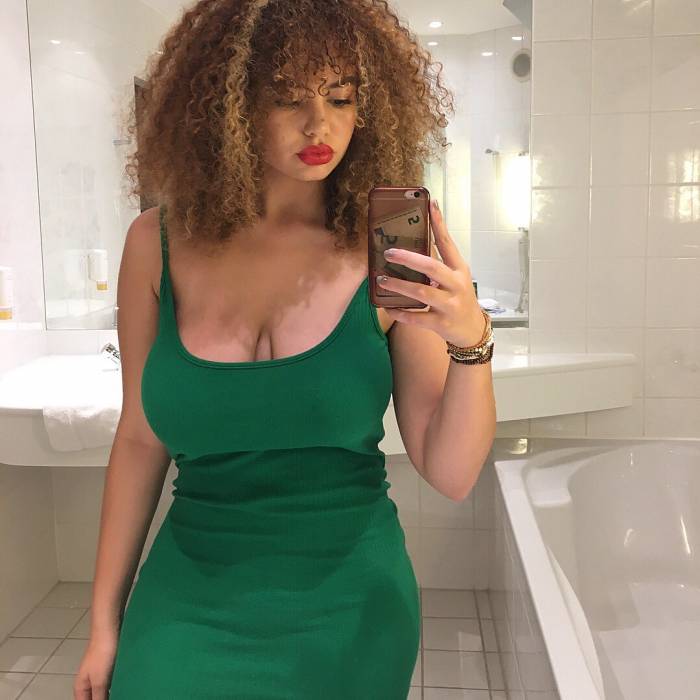 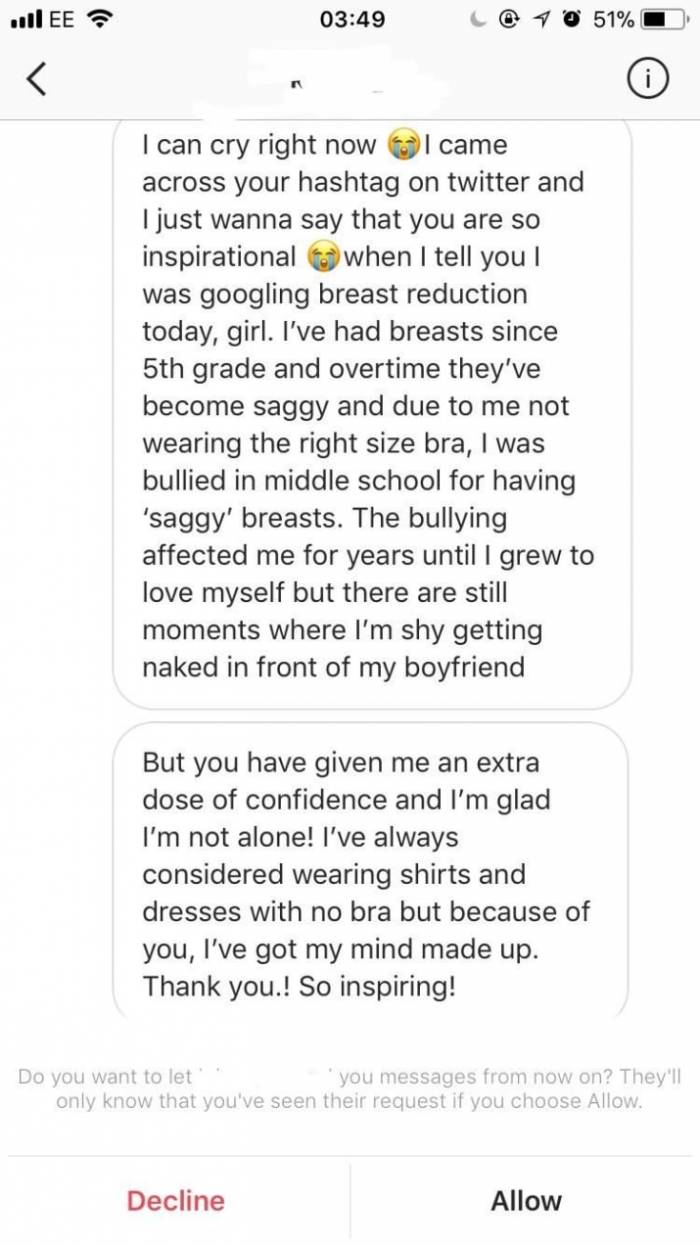 Obviously, Egguere has dealt with backlash from various individuals online who have body shamed her.

Nigerian music maker Don Jazzy made a hateful meme of her, for which he later apologized for after Egguere came down on him for it. 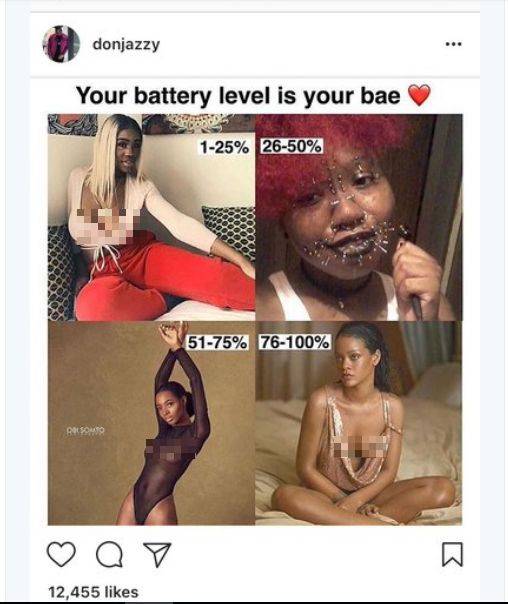 "Overall, I think the movement has been received with a lot of sarcasm and insults from men and a few confused women, which doesn’t surprise me." 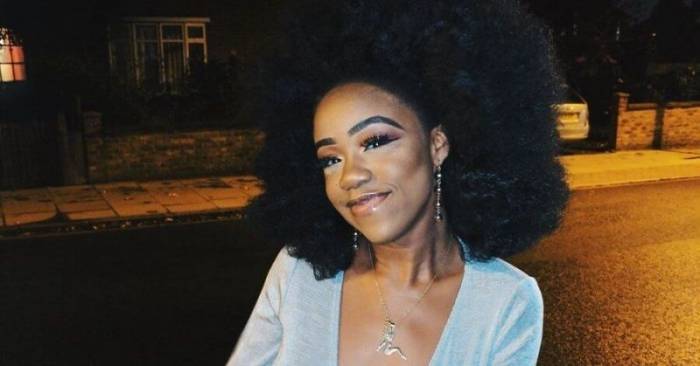 She said it hasn't been just men who have condemned the movement.

"In regards to the women who have been horrible, it’s disappointing because they also benefit from this movement." 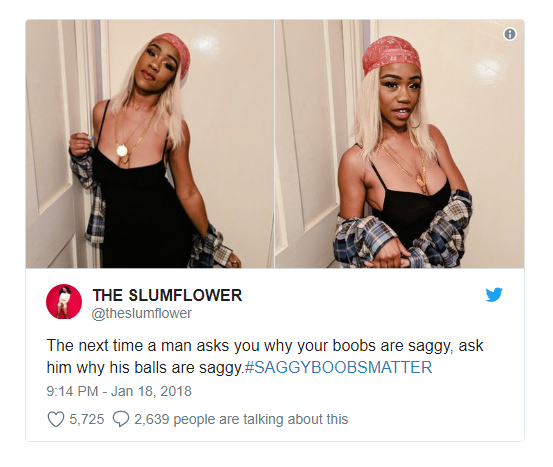 Eggerue is enthusiastic about spreading this message.

Growing up, she thought her breasts were unusual. 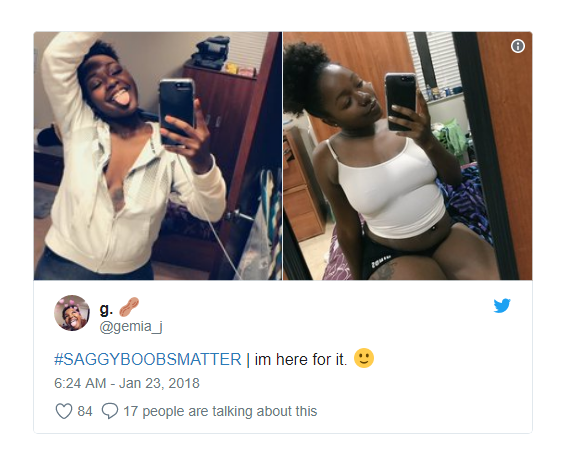 Despite the fact that Eggerue began the battle as a result of her experiences, #SaggyBoobsMatter is about empowering others.

Eggerue's movement is the most recent boob tend to surprise social media. Of late, Instagram has been exploding with "no bra club" crop tops, worn by influencers and models. 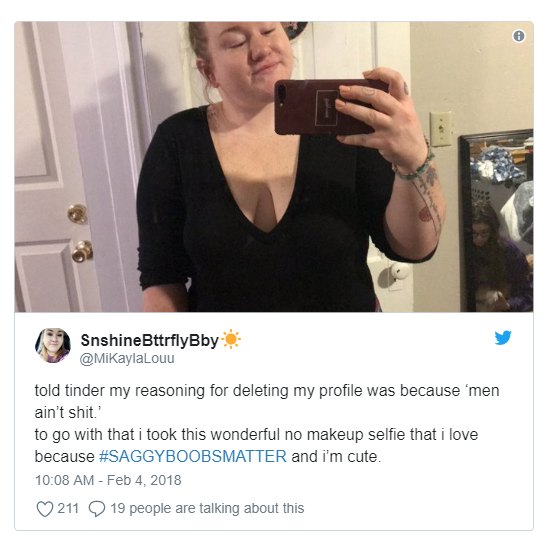