Kaavan the 'world's loneliest elephant is finally going to be free. After living a lonely life in a tiny enclosure for 35 years, the lonesome animal will now travel to Cambodia where he will be provided with much better living conditions and more than that he will be with his companions back again. 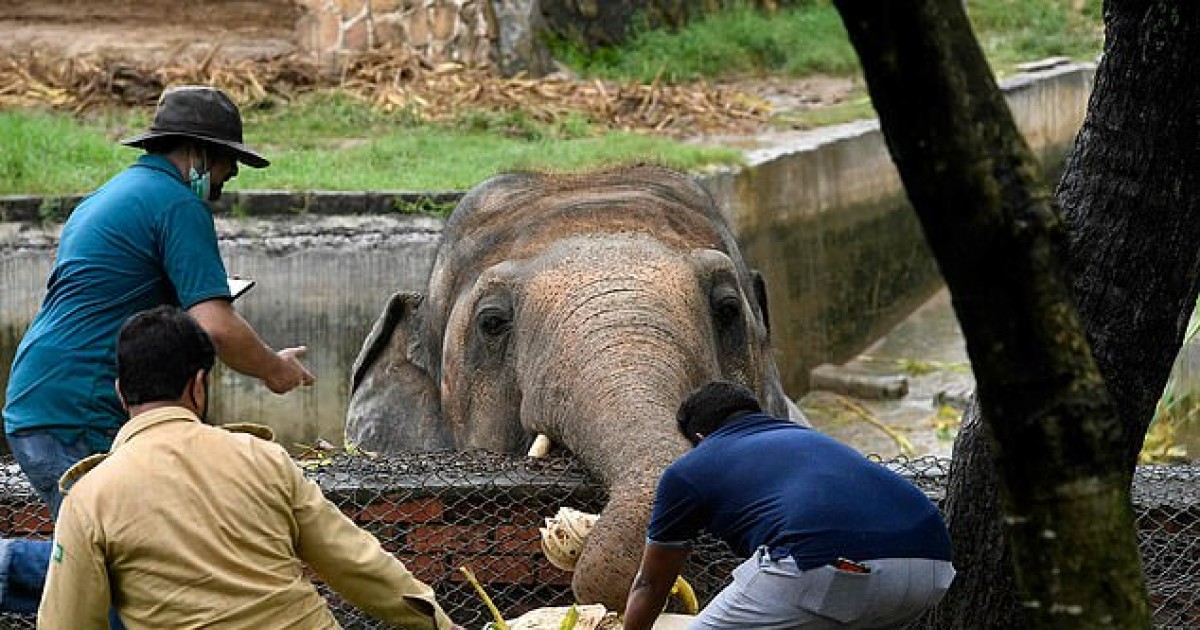 A long battle finally comes to an end on a good note. This elephant was kept in a tiny enclosure for 35 years in Pakistan's zoo. But thanks to a fight put up by animal rights activists that Kaavan the elephant is now allowed to leave.

Known as the 'world's loneliest elephant' by his supporters, Kaavan has languished at a zoo in the Pakistani capital of Islamabad for more than 35 years. 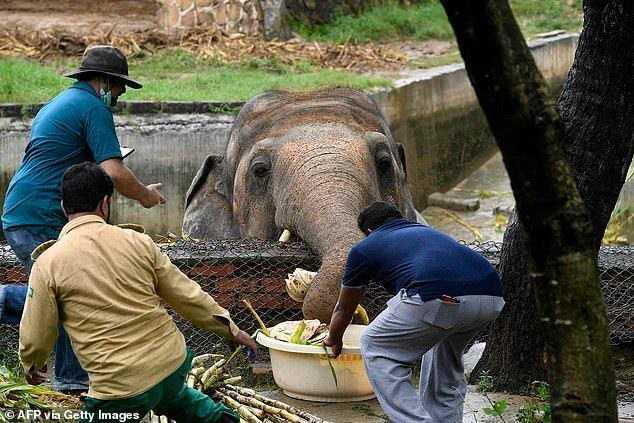 A spokesman for Four Paws, Martin Bauer, says the elephant has been given medical approval to leave his enclosure and travel to Cambodia where he will not only have companions but will also be provided better living conditions.

Bauer said that Kavaan is overweight because of his restricted movements. He recently underwent a full medical examination too, to prepare him ahead of his journey to his new and happy home.

In May, Pakistan's High Court ordered the Marghazar Zoo closed because of its abysmal conditions blamed on systemic negligence. 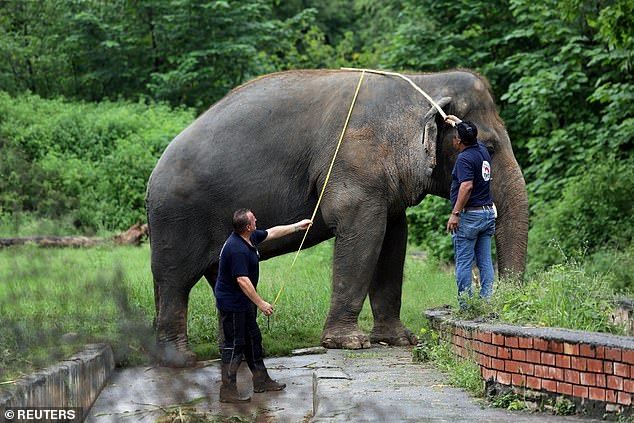 Kaavan was living under dire conditions on the zoo and an attempt to rescue him from that zoo got attraction from not only international media but also animal activists around the world, and celebrities including U.S. singer Cher, who lobbied for his relocation.

'Unfortunately, the rescue comes too late for two lions that died during an attempted transfer at the end of July after local animal handlers set a fire in their enclosure to force them into their transport crates,' Bauer said in a statement released on Saturday. 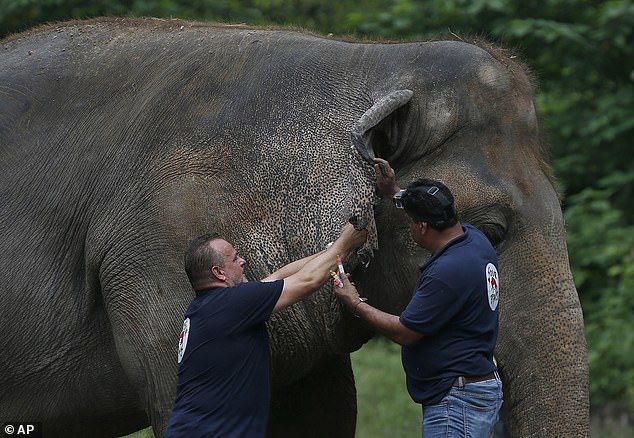 Bauer said that Four Paws was invited by Islamabad's Wildlife Management Board to safely board the animals from the zoo.

Kaavan's medical reports show that he is overweight and has signs of malnutrition too.

His nails were cracked and overgrown apparently from years of living in an improper enclosure with flooring that damaged his feet.

'Following the checks, which confirmed Kaavan is strong enough, steps will now be taken to finalize his relocation to an animal sanctuary potentially in Cambodia,' Bauer said.

Bauer says that Kaavan has a long journey to recovery as he shows signs of behavioral issues too. In his interview, Bauer added that Kaavan lost his partner back in 2012 and since then he has been lonely which has taken a toll on him.

'He also developed stereotypical behavior, which means he shakes his head back and forth for hours. This is mainly because he is simply bored,' said Bauer. 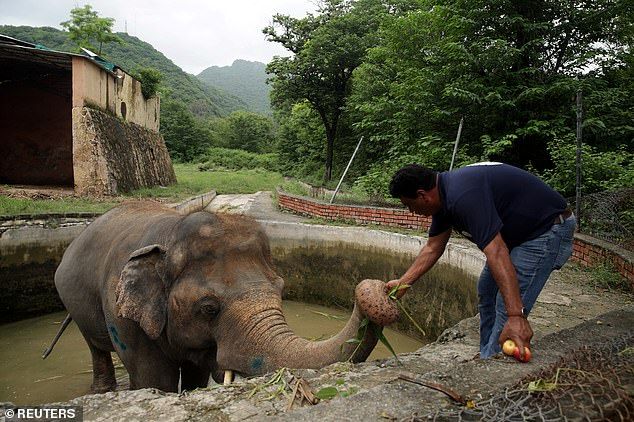 Animal rights activists have lobbied for Kaavan's release since 2016. 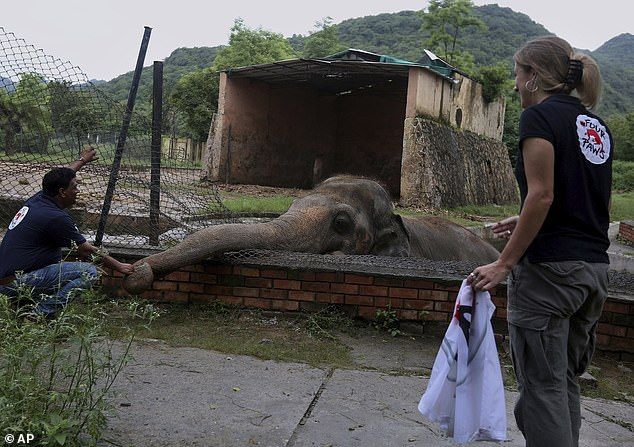 The Four Paws team who carried out the medical examination of Kaavan included wildlife veterinarians and experts. 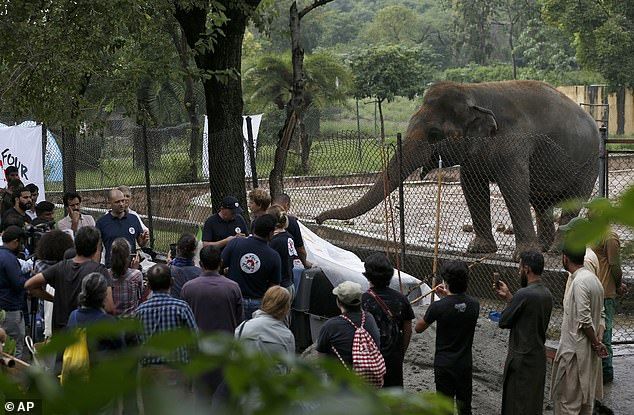