Famously known as the 'World's most identical twins' these girls are all set to live their lives together with copying each other's actions with going as far as eating, sleeping and even showering together. But their plans do not only stop here as the ladies have decided to get pregnant at the same time with the same man. Yup, you heard that right! 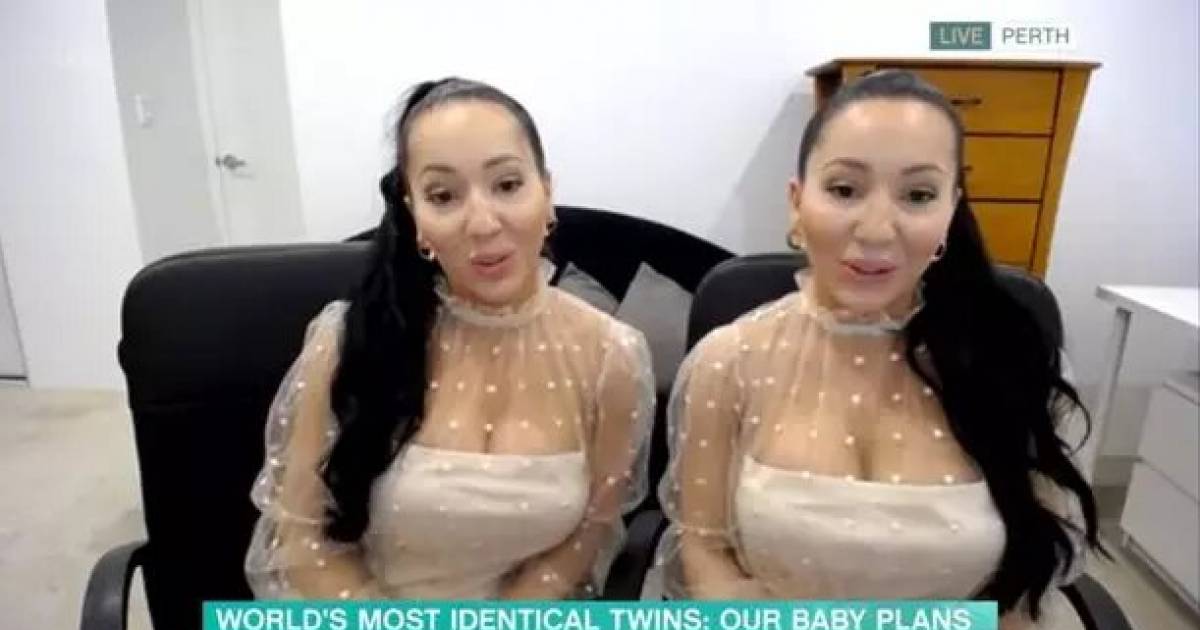 #1 Planing to get pregnant with the same shared boyfriend

The infamous duo known as the 'world's most identical twins' have left The Morning viewers after announcing that not only they plan to get pregnant at the same time but also with the same man.

Anna and Lucy DeCinque, from Perth, Australia, have previously hit headlines for spilling the beans on their unusual lifestyle - having spent $250,000 (£194k) on cosmetic surgery to look more alike, and also revealing they share the same boyfriend. 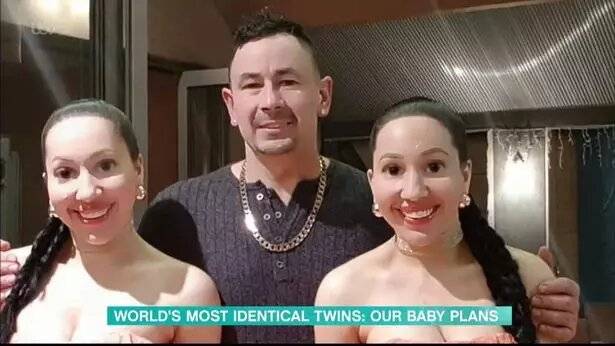 #2 The twins often finish each other's sentences in unison

The twins made an appearance on The Morning and shared their plans on how they plan to get pregnant at the same time with shared partner Ben Byrne, saying they want to try for a baby through IVF.

Presenter Ruth Langsford asked: "You literally do everything together including going to the toilet at the same time?" 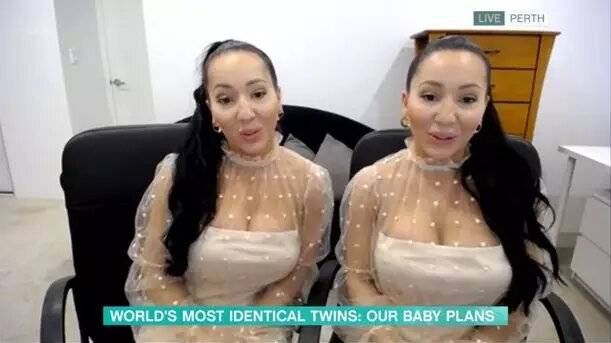 The twins, who often finish each other's sentences and speak in unison, said: "We shower together we make up together we go to bed at the same time, we eat together, we're hungry together, everything is just the same.

"It could be obsessive but this is how we want to live our life, we live as one person."

#3 We joke you not over the response but given the situation, it was quite predictable.

Obviously as a joke, but Langsford asked the twins if they were 'planning to get pregnant at the same time?' 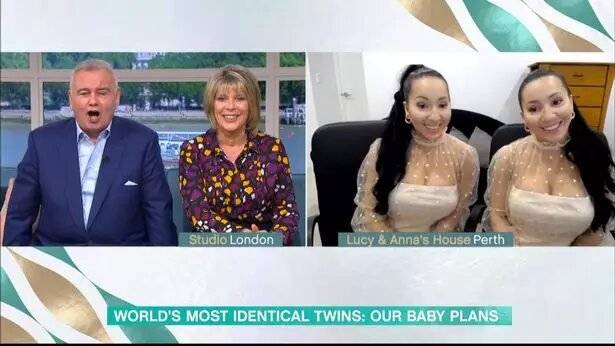 When Ruth pondered how it was 'going to work', Eamonn quipped: "Ben will be knackered!"

The twins answered: "Maybe IVF if we have to go down that road, even freezing our eggs at the same time."

Many were stunned by the twins' plans. One viewer, who is also a twin, said: "This definitely makes us twins seem even more alien than we already do! I would never want to see my identical twin taking a shower, or share her boyfriend!"

#4 There were many on Twitter who supported the twins while others freaked out...

Another said: "There are twins on This Morning who share the same man. Okaaay. What could possibly go wrong?"

While many people freaked out over the twin's obsession with each other's lives, there were many who were quite open-minded and with one Twitter user saying: "So funny. Well they seem very happy, the twins!! Ben must be very fit lol. Good luck to them all."

omg get on these 2 they share everything...... including him 🤦‍♀️ #twins #ThisMorning 🤣🤣🤣 pic.twitter.com/wT9eoiJAZk