10 Child Stars Who Chose A Life Of Crime... No. 10 Will Definitely Shock You!

Posted by Sama in Entertainment On 5th December 2015
ADVERTISEMENT

Child actors grow up being the cute, rambunctious and lovable characters on some of our favorite movies and television shows. But as the years pass by, their cuteness begins to fade, and many of these actors find that transitioning into adult roles is almost impossible. The love and adoration they once received begins to diminish, and for a spoiled child star who’s used to being the center of attention, this can spell doom.

Child actors Corey Haim and Todd Bridges have described the horrific child abuse and sexual molestation many children are faced with once they enter the entertainment industry, and many stars turn to drugs and alcohol at a very early age to cope with the past trauma. These addictions sometimes lead to a life of crime, and the public slowly watches as these innocent children turn into rebellious adults who make mistake after mistake after mistake.

At times, child actors are able to turn their lives around after a series of bad choices, and other times, a life behind bars is their final sentence. Murder, burglary, domestic violence, and DUI charges are the norm when these charges rack up, and as more and more young stars are blinded by the shiny lights of Tinseltown, it’s a harsh reality that these stories of criminal convictions and legal troubles will continue to increase.

Check out our list of 10 child stars who chose a life of crime. Many of them continue to have run-ins with the law, while some have cleaned up their act and decided to walk a straight and narrow path. 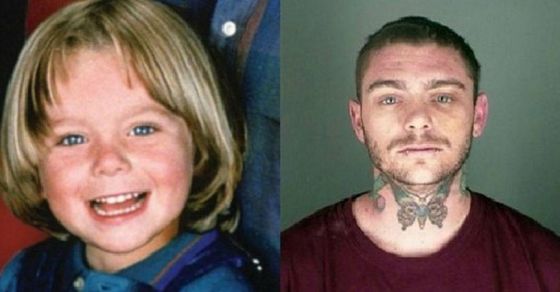