Posted by Sama in Life Style On 10th December 2020
ADVERTISEMENT

Anti-homeless or hostile architecture is an idea of urban design that is meant to prevent people from using public spaces in ways that are considered undesirable. Some of its common features included are curved benches, spikes or bolts on windowsills, and even plants to discourage loitering, littering, and sleeping.

Examples of hostile architecture that you might have noticed in your neighborhood are mentioned here. 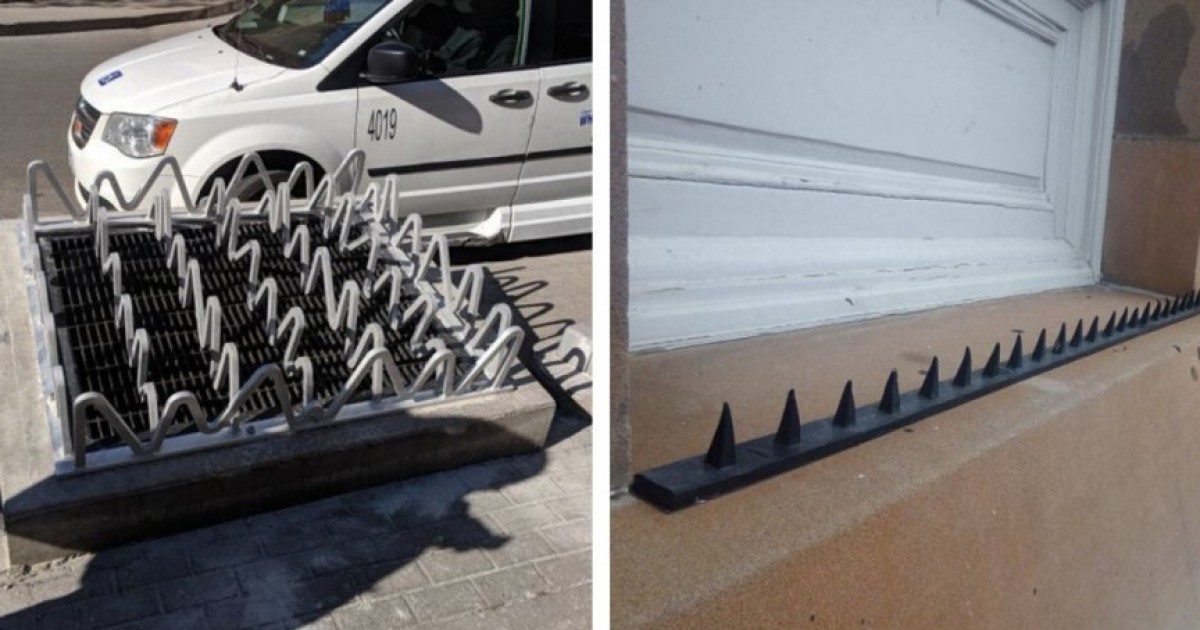 Benches are common for people to sit or lie down for rest. However, new designs prevent this in doing so in the following manner.

Examples included are benches with armrests. One may think that armrests are there for your own comfort, but they have a dual-purpose. Since they break up the flat surface of the bench and thus they make that bench impossible to lay down on. 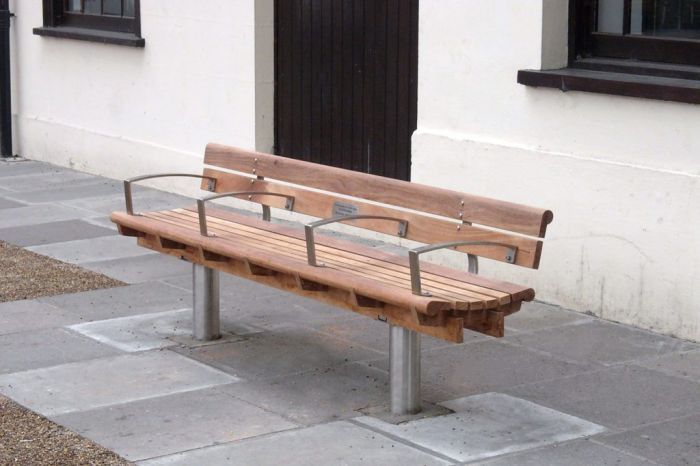 Second is slanted or curved benches, you might have witnessed this sort of design at bus stations. As the name suggests, the design is slanted in a way that prevents someone from sleeping on the bench without falling down and hence serving the purpose. 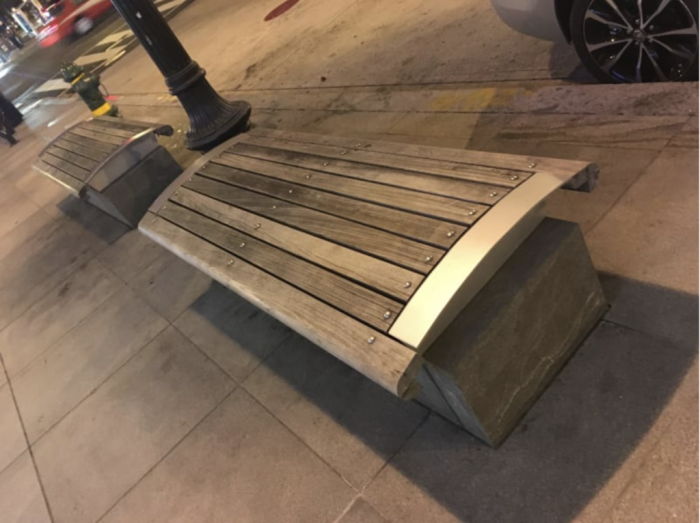 In cold weather, most people look for storm grates to get some warmth. However, the new urban designs make them hostile in a way that it has become impossible for people to gain access to them.

Few examples of these designs are, raised storm grates, as the name suggests it refers to raising storm grates from the ground so that people cannot possibly lie on them to get warmth during cold.

Another example is storm grate covers, this hostile art serves the purpose of preventing the homeless use this design.

One more is fence grates, these are with a fence around them so to keep people from laying down on them or huddling around them. 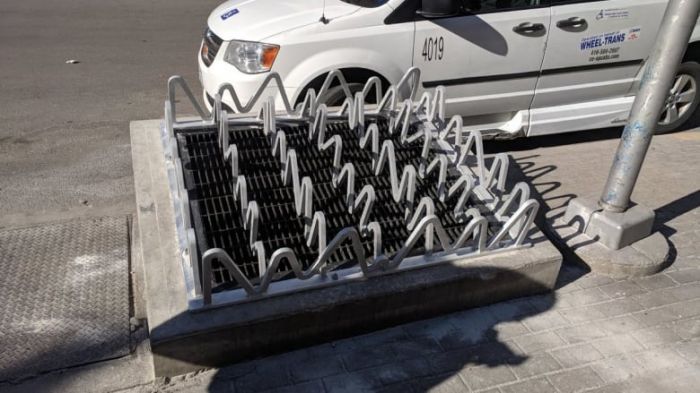 #4 Outside Buildings and On Sidewalks

Many homeless people and rough sleepers usually try to find a place where they can get some sort of shelter. Knowing this, hostile designing includes ideas to deter people from using these spaces. 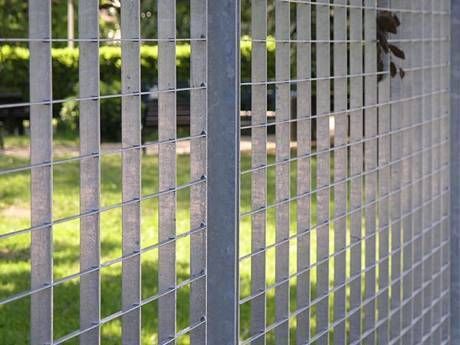 You might have noticed a substantial gap between the wall and the store’s awning outside some stores, to remind you this is is not a design flaw. This prevents someone from leaning against a wall while remaining under the awning. 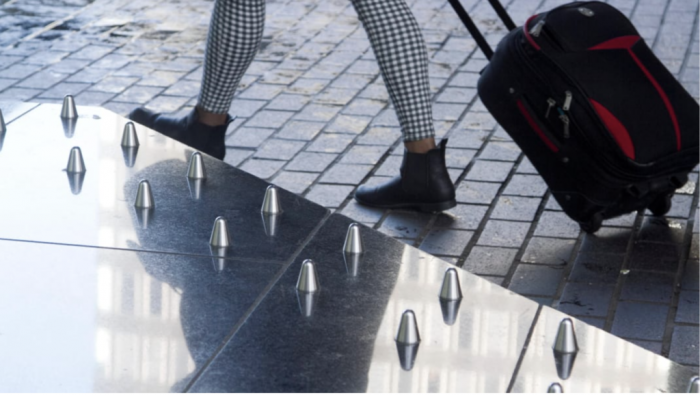 When out for shopping you might have noticed raised plant beds pedestrians and sidewalks. One will assume it is for designing purposes. However, the purpose here is the polar opposite and it is to swat the homeless people away from sleeping on that sidewalk because there is no sheltered area without heavy foot traffic.

Earlier today, Jason, the man who sleeps in front of the Tim Hortons at Victoria and Dundas streets said police asked him to move across the street so these planters could be installed. The other side of the street is not sheltered from rain or wind. Story to come. pic.twitter.com/8HkH2pqGwu

Beneath the awnings, outside buildings, and many other places including public parks, you might have noticed these rocks. One may assume that these are kept for aesthetic purposes. However, the reason is the exact opposite here. These are incredibly uncomfortable to sleep on, and thus prevents people from bedding down in those spots. 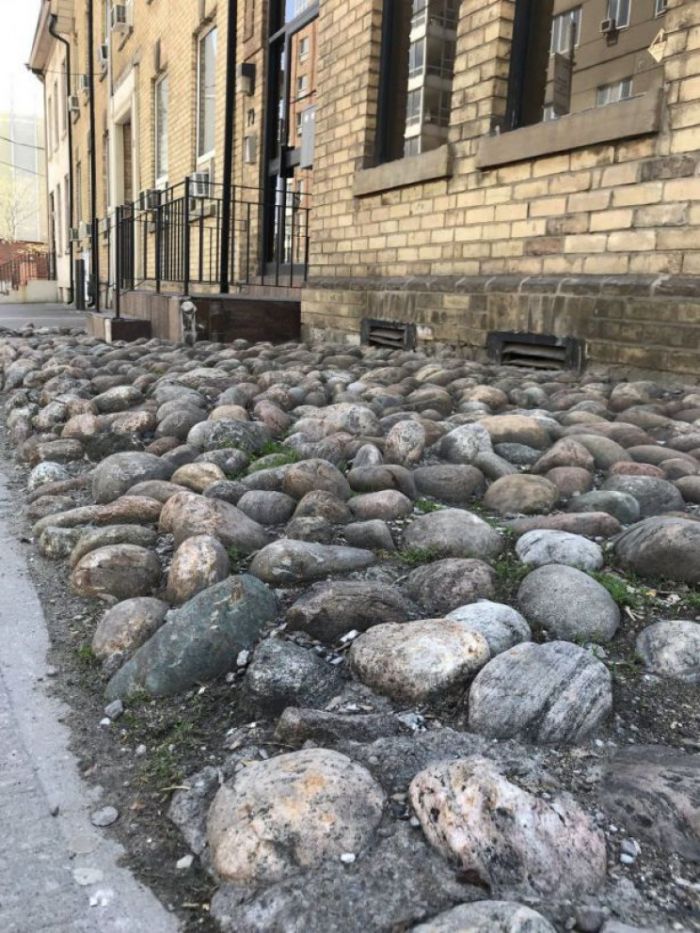 Bridges provide shelter, especially during harsh weather, and are the most popular spot for homeless people. For the very purpose, designs are mad to prevent this from happening. 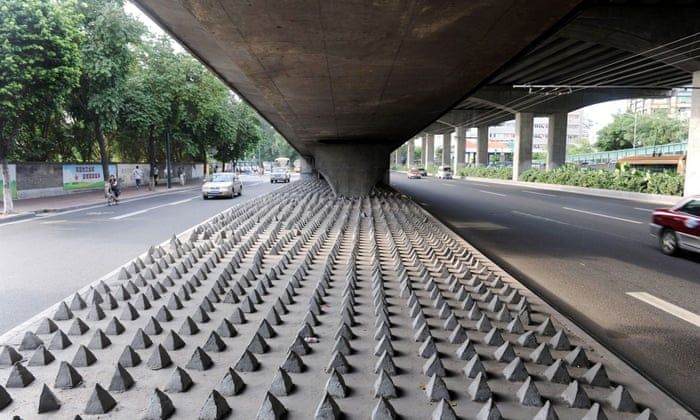 #10 Boulders under the bridge

These prevent rough sleepers from camping here and thus, serves the purpose of antihomeless architecture. 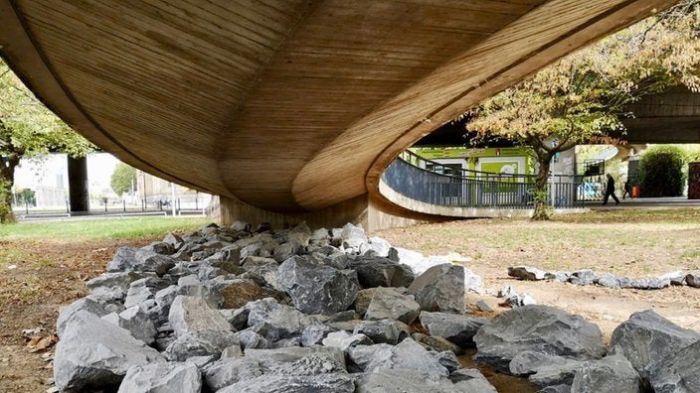 Anti-hostile architecture faces criticism on the global level for being antihuman friendly and for its mere hostile concept.

Dean Harvey is the co-founder of Factory Furniture, a company that designs “hostile benches”. According to him, this form of architecture prevent people from occupying public spaces for long

James Furzer is an architect whose designs try to actively combat anti-homeless architecture. According to him, whether or not you think of those designs of positive or negative comes down to what you deem to be “antisocial behavior”.

“Drug use is a different kind of antisocial behavior to skateboarding,” he says. “It’s a criminal activity that has a negative impact. Sleeping rough and hanging out with a group of friends isn’t particularly criminal.” He holds the opinion, if he is designing spaces that discourage people from hanging around too long, he has failed his job as an architect.

It is imperative to point out that hostile architecture exists for centuries and is found in old buildings and history too.

Furzer, however, points out that the rise in homelessness has made this type of architecture more noticeable, particularly when you’re seeing spikes jutting out from the sidewalk.

“Homeless people are geniuses — they will find shelter wherever they can. It’s only after that that people realize, “Hold on, they’re using that to sleep rough, we need to stop this.” Then the add-ons appear,” he explains [1].

Architectural historian Jon Ritter says that what is hostile to some may be defensive to others.

“We’re building barriers and walls around apartment buildings and public spaces to keep out the diversity of people and uses that comprise urban life,” he says. 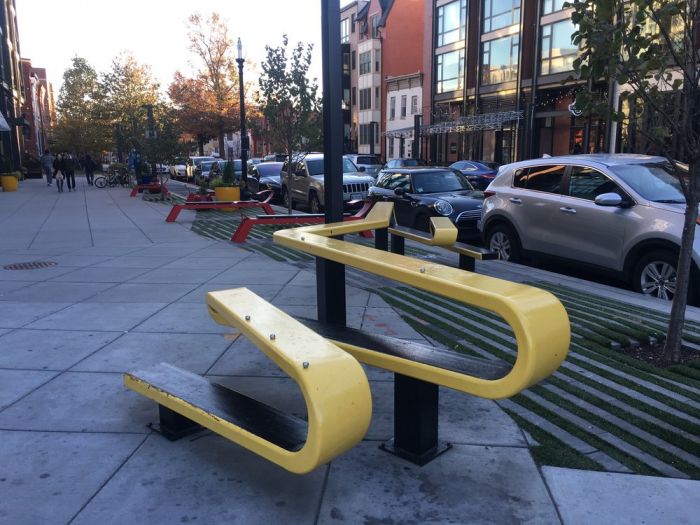 The main problem pointed out with hostile architecture is that it treats the symptom and not the problem.

Harvey argues, however, that as an architect, his job is not to address why certain problems exist, only to provide an architectural solution to them. He uses the design of one of his benches, the Camden bench, as an example.

“We just came at it from a fairly blunt angle,” he explained. “(The council required that people) couldn’t sleep on it, stash drugs in it, or skate on it. When you level all those things up, it comes out as a pretty defensive piece of furniture, but in fact, all we’re doing is enabling it to be used as a piece of furniture — so people could walk into town and take a rest on it.” 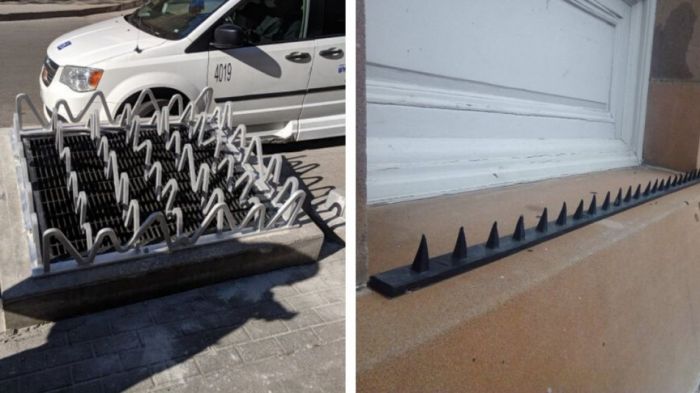 “Architecture isn’t going to solve the issue, but it can provide some sort of temporary solution just to give them some sense of well-being.” 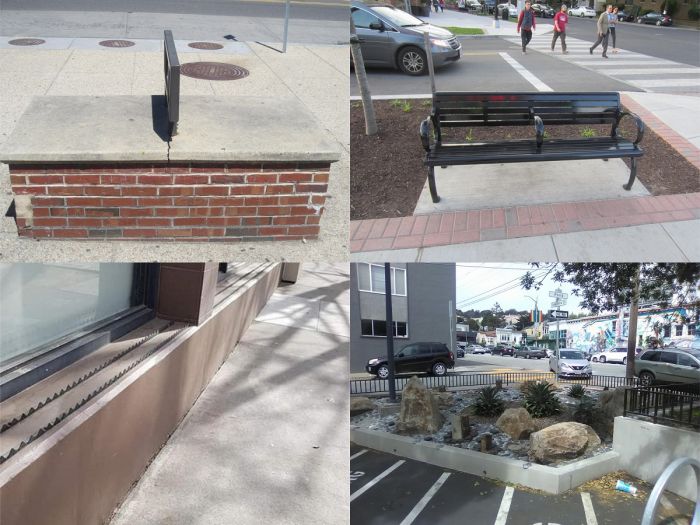