10 Most Horrifying Moment In WWE History

Posted by Editorial Staff in Sports On 24th November 2016
ADVERTISEMENT

We are all familiar with WWE matches, we have literally grown up watching them. WWE is no longer limited to wrestling, it has now ventured into music, video games, movies and they have become a global brand with their own merchandise. However WWE is being accused for cheating in the name of wrestling. But the reality is WWE matches may be fake but their injuries are real. Here are 10 moment when WWE fight gone wrong. Take a look! 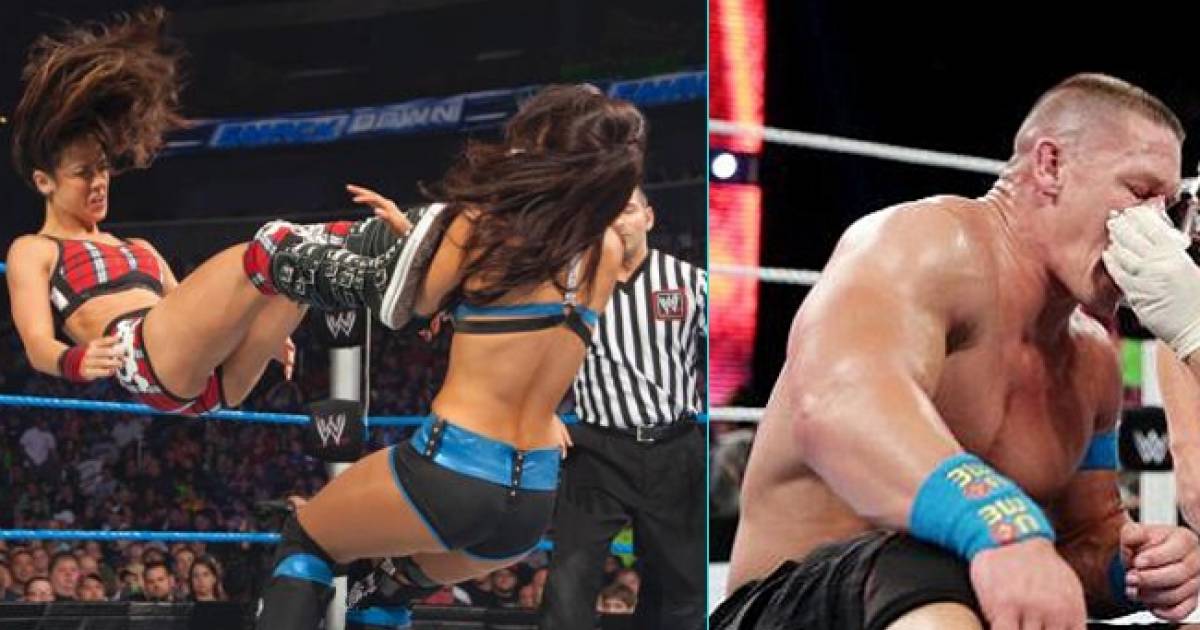 It was this moment when Foley was marked as the most hardcore wrestler of all the time. Undertaker threw mankind off a 16-foot cage through a table and the man dislocated his shoulder on the first bump. However he continued to play and he fell through hitting the ring canvas hard below. He dislocated his jaw and his tooth knocked. And even though he was so badly hurt, we see Foley smiling.

This was the moment w hen Big Show got super-flexed from the top rope by Brock Lesnar and the ring collapsed. And everyone was screaming at the top of their voice, for this kind of entertainment for the audience these wrestlers put their bodies in line. Neither them nor the risks involved can said to be fake.

#3 Edge spears Jeff Hardy off the top of a 20-foot ladder.

This was set on a grand stage, with three of the best teams and this ladders match was a fierce hardcore match. This high flying move could have resulted in some serious injuries, however thankfully nothing of that sort happened. 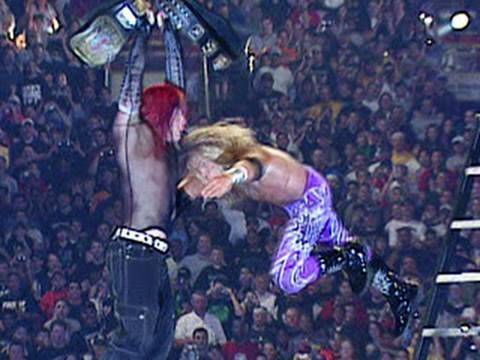 As soon as my head hit that mat, i was thinking Christopher Reeve. Cause i thought i was never gonna walk again, ever." this is how Austin described the moment when Owen Hart crushed him. Austin was paralysed temporarily and his neck had broken in this dangerous twist.

Shane is not a professional wrestler, and has got no training of wrestling, he had the courage to take risk and perform some dangerous moves.

This was the worst of the tragedy that could occur in history of WWE. Owen Hart was supposed to make a grand entry from the ceiling however he fell from the ceiling and landed on the ring post hitting his back. He was announced dead as his bones were crushed. Jim Ross announced "I have the unfortunate responsibility to let everyone know that Owen Hart has died. Owen Hart has tragically died from the accident here tonight". 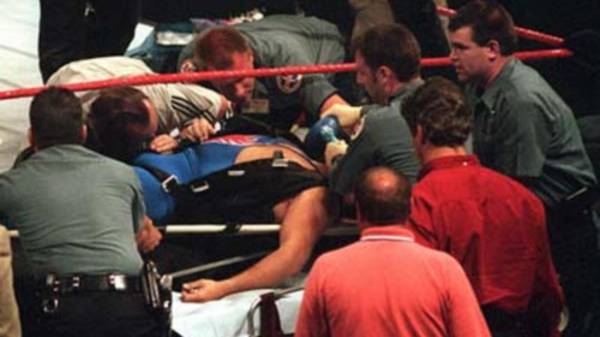 Randy Orton's body has literally got pierced with thumb tacks all over him and still you think you call it as fake.

During this match, Michael Cole said " he may have hit Foley's skull".Even though this was short and crazy match, the stage was set on fire with this. It isn't all that easy as it looks to be to do a fire stunt on the spot and both Edge and Foley carried it out to entertain the audience bearing the risk on themselves.