12 Amazing Stories Of Kindness That Will Warm Your Heart!

Acts of kindness don’t have to be anything grand, as little as making a sad person’s life a bit better by your smile goes a long way. 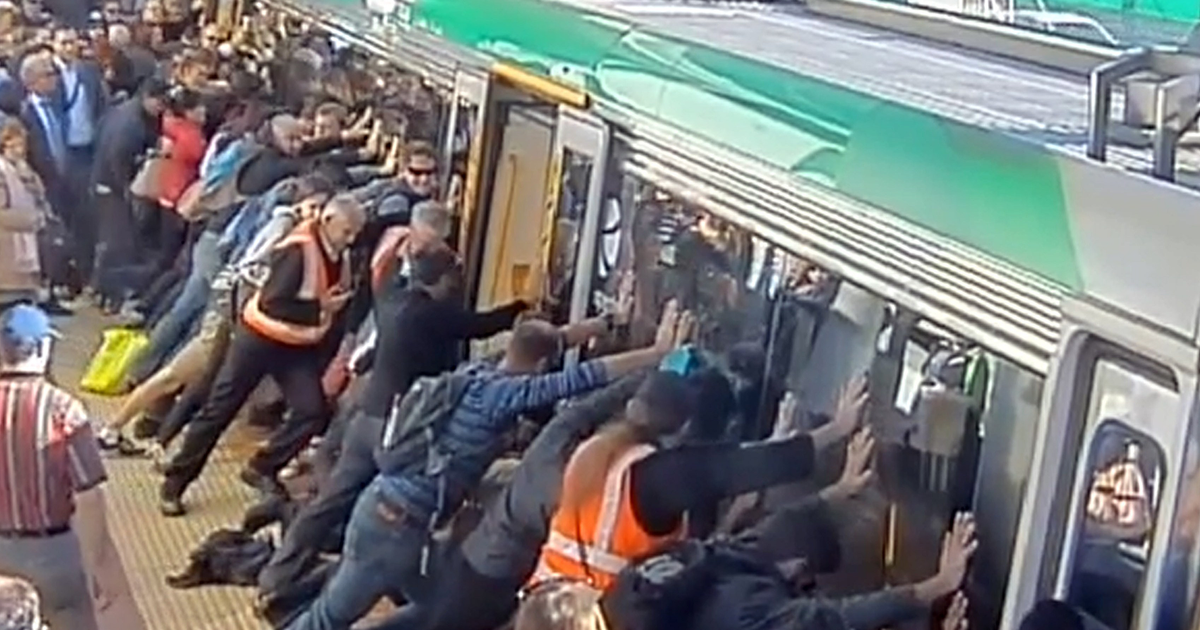 In a world where the latest political drama always seems to dominate the headlines and the devastating effects of climate change are impossible to ignore, sometimes it can be worth remembering the capacity for love and generosity that human beings can have to renew your faith in humanity.

Here's the list of 12 of the most incredible acts of kindness. 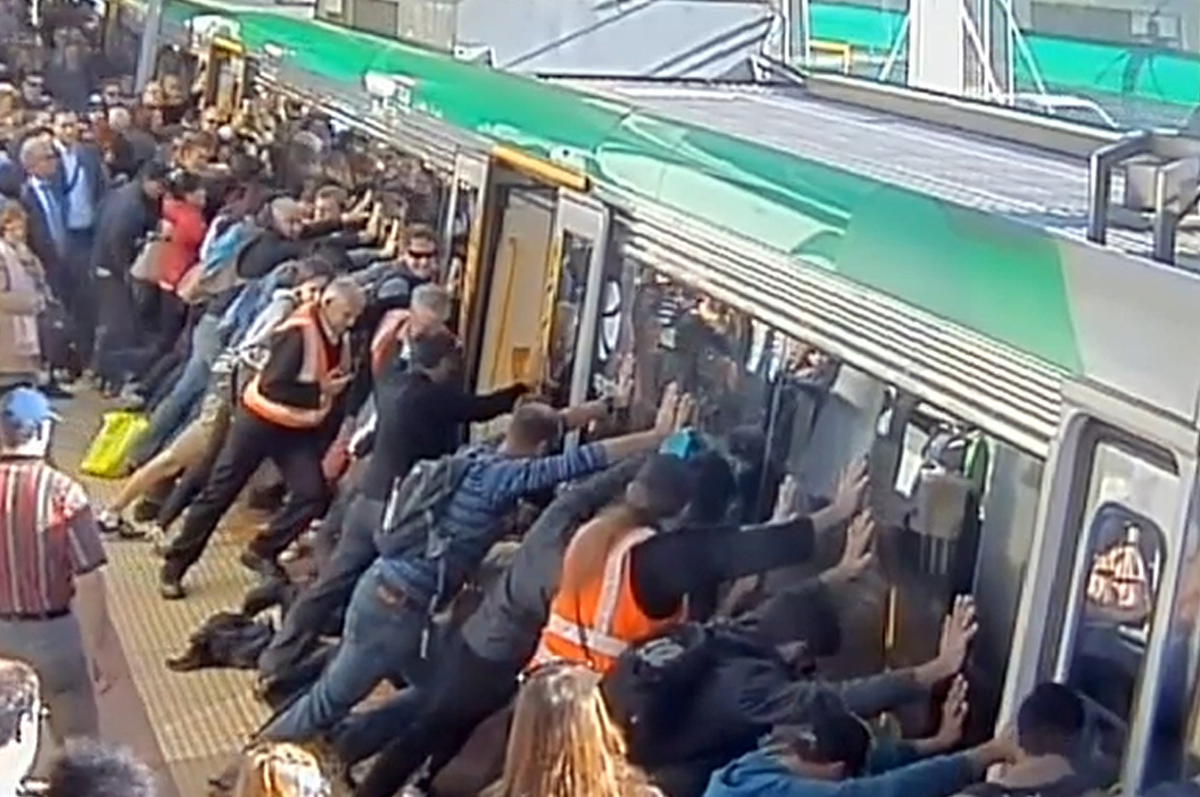 1. Carlos Davis helps a woman at the gas station:

An online comedian, Carlos Davis, and his brothers spotted a woman paying for her fuel in pennies. They stepped in and offered to pay for her petrol.

Their act of kindness was of a great impact on the lady who was suffering from emotional turmoil. As David came out of his car to give money to the woman, she was in tears and told him that her husband passed away a week before.

She asked them how did they know she wasn’t able to pay for her petrol. Davis replied, ‘It’s only right, we’ve got to stick together.’

When the woman asked them about how she should pay it back, the brothers asked her to simply continue the cycle by helping someone else! 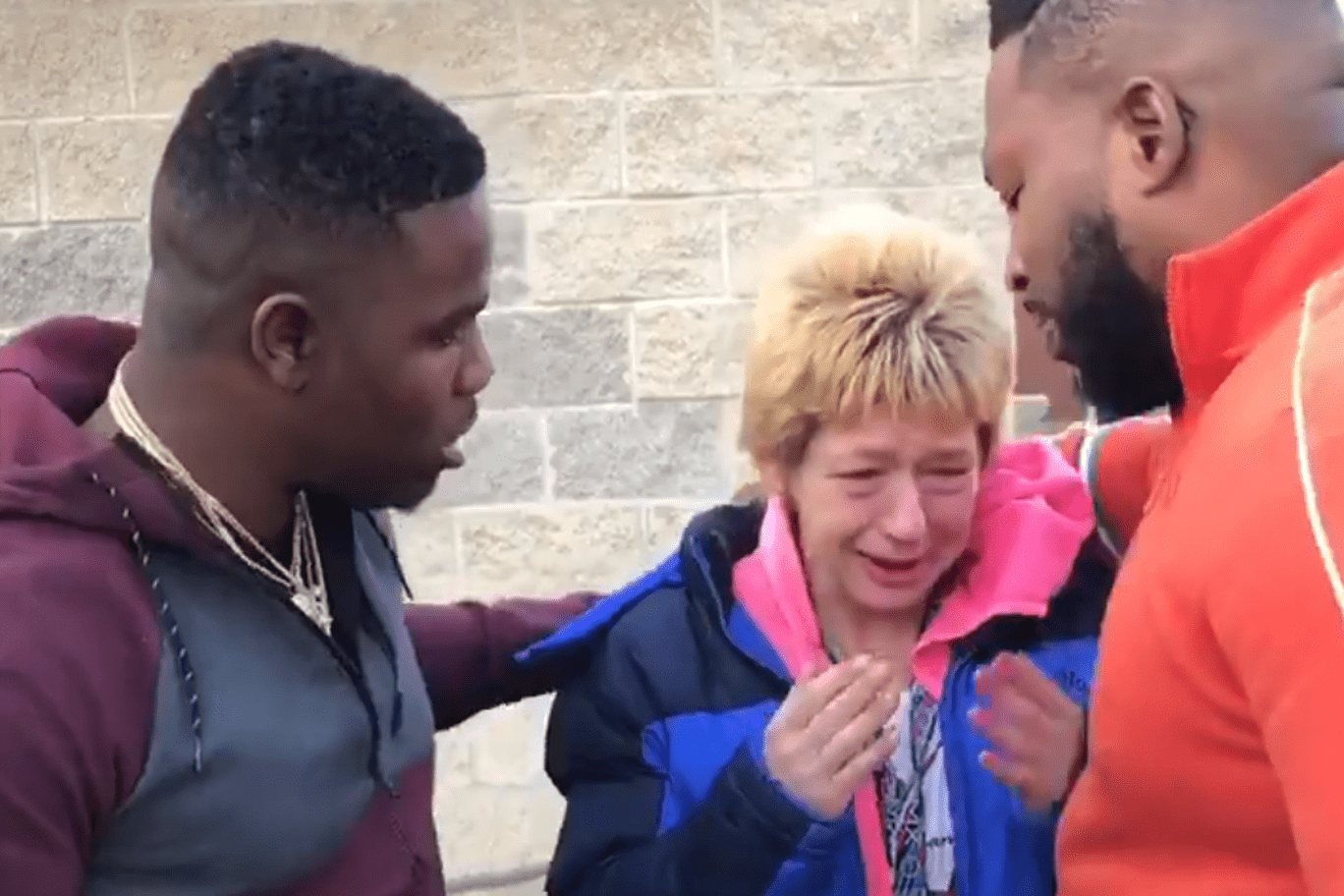 RAF war veteran Harold Jellicoe Percival passed away at the age of 99 in a nursing home. Mr. Percival never married, didn’t have any children and didn’t have any relatives who were able to attend the funeral ceremony.

A kind person put out an appeal in the local newspaper asking for mourners to attend Percival’s funeral who served during the second world war.

As an act of kindness, more than 200 people turned up to pay their respect to the war hero! 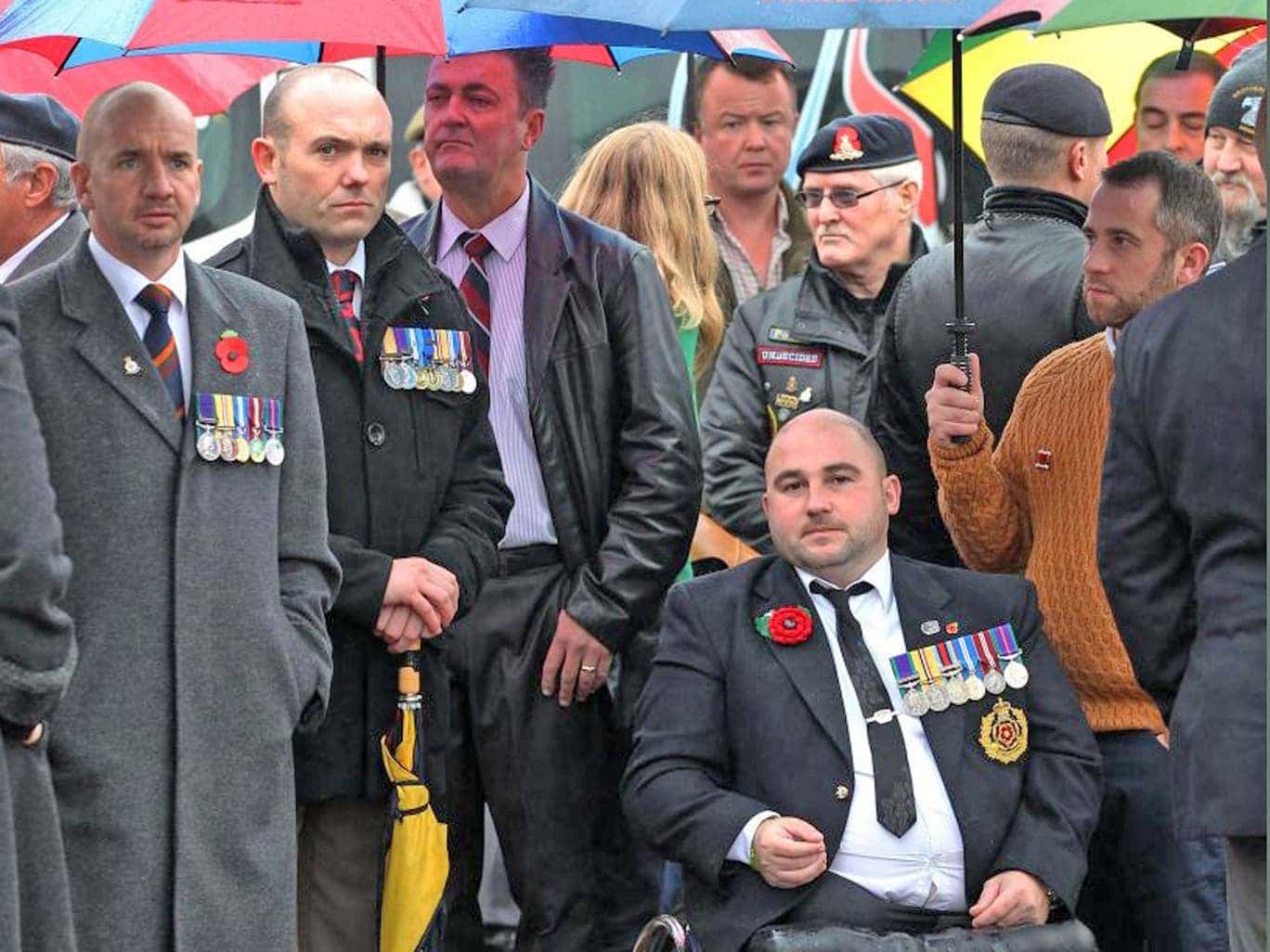 Nine-year-old Marlee Pack was given the most devastating news that she was suffering from alveolar rhabdomyosarcoma, a rare form of soft tissue cancer.

Marlee was forced to miss a lot of school due to her treatment, which involved weeks of grueling chemotherapy.

When Marlee was finally able to rejoin her school, she was very anxious as she would be the only one at school with shaved hair.

That’s when her kind friend Cameron McLaughlin decided to shave her head in solidarity with her close pal.

80 students and some teachers from the school jumped in this act of kindness and shaved their heads to support Marlee at a school event called ‘Be Bold, Be Brave, Go Bald’ 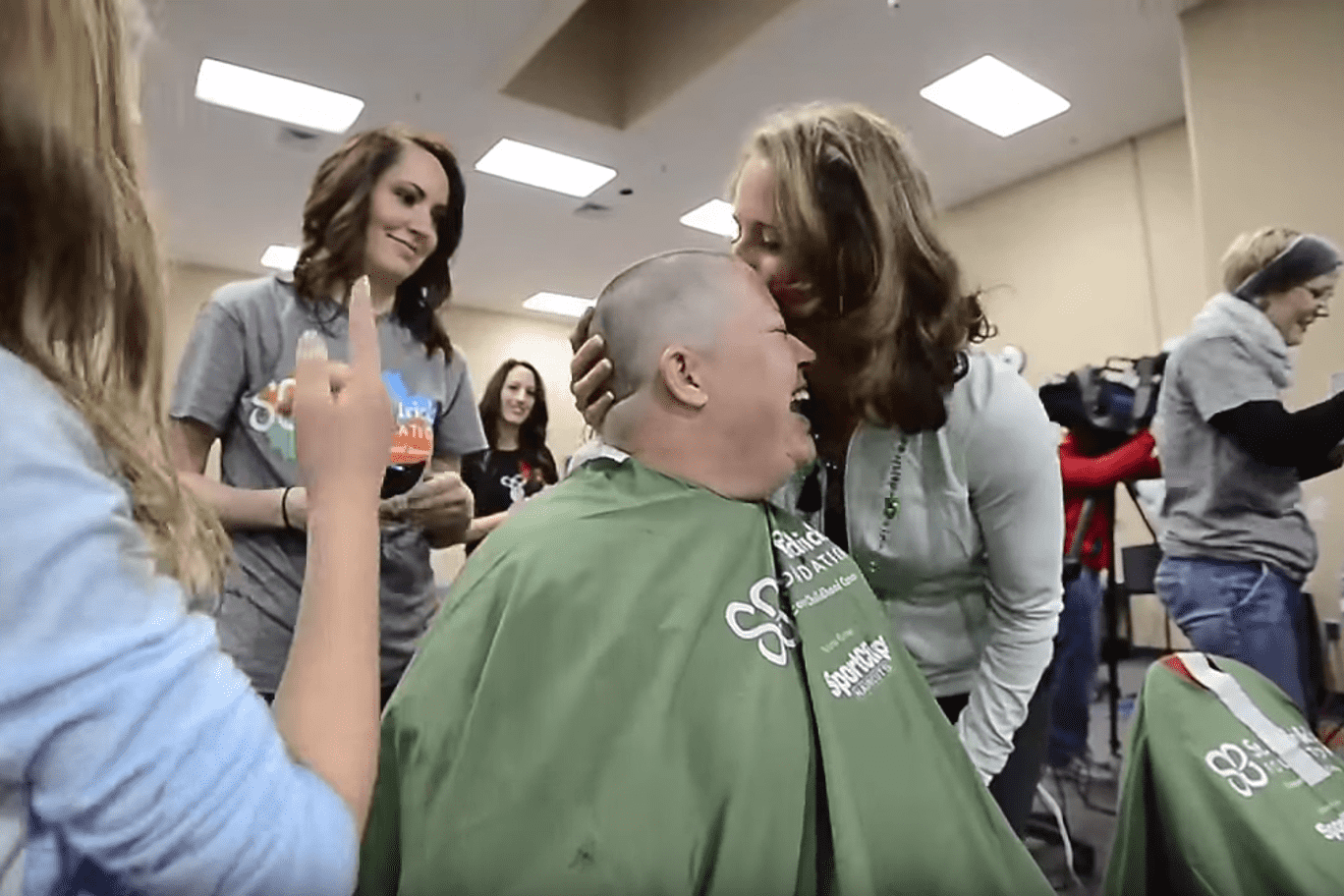 Marlee happily said, “I didn’t think that many people would shave their heads, but I feel good about going back to school and not being the only bald one.”

Ollie Jones, a boy on the autism spectrum from Exmouth was about to turn 15. He told his mother how excited he was to read all the birthday cards from his friends and relatives.

Unfortunately, the teenager didn’t have many friends and his mother feared that he’ll be super depressed on his birthday so she pleaded people on a Facebook community to send him birthday cards.

The response was overwhelming as the world is filled with so many kind hearts! On his birthday, Ollie received 20,000 birthday cards, messages, and gifts from people all around the world!

“I’d love to thank everyone and remind people that there are ‘Ollies’ everywhere,” Karen said. 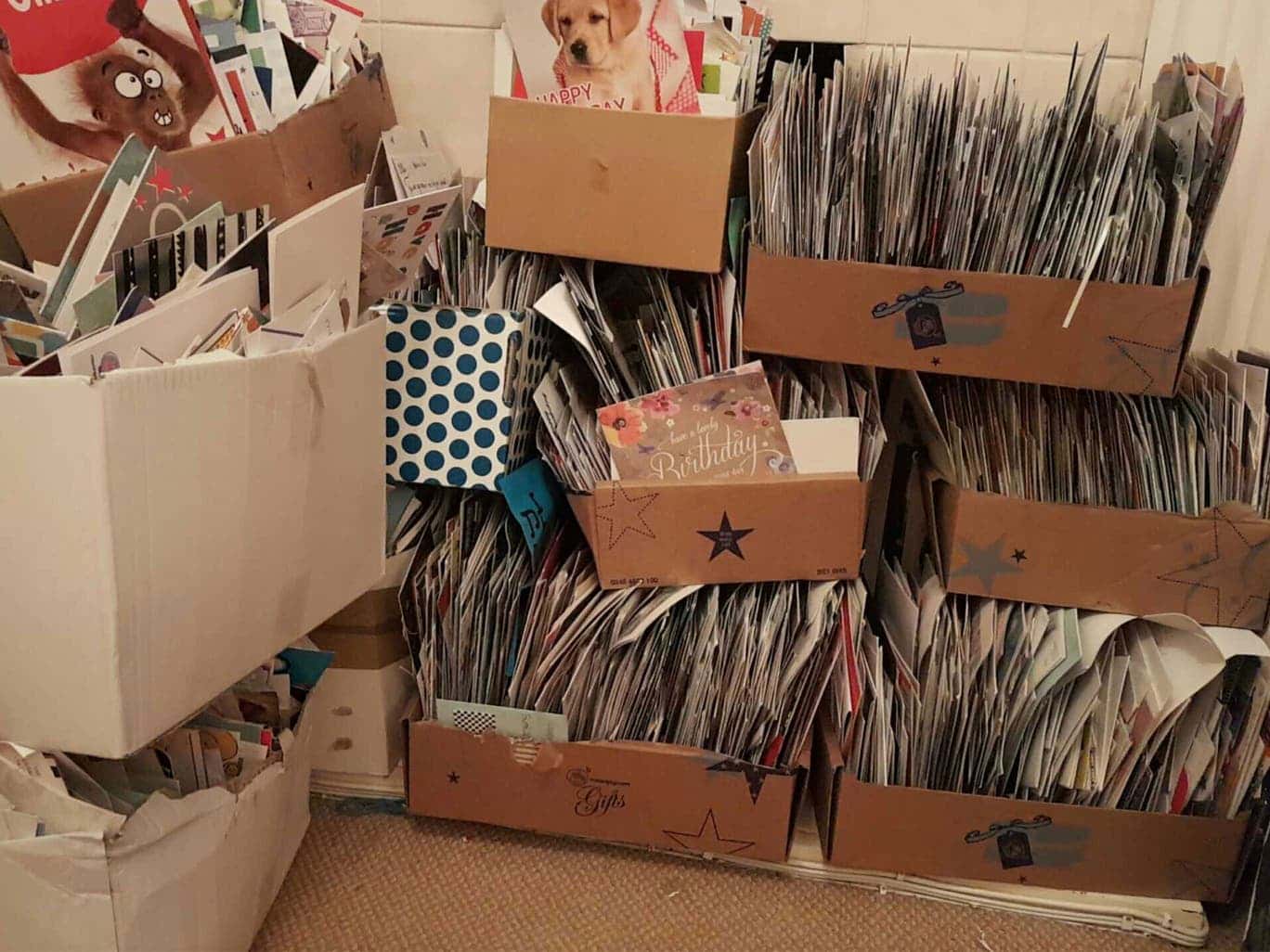 A nine-year-old girl, Molly McGinley was inspired by charity workers helping out the homeless people who she called ‘hose sleeping rough on the streets of Manchester.’

After receiving some money for her birthday, Molly didn’t spend it on treats for herself, instead, the kind human decided to help the homeless.

So she bought food and distributed it among the people living on the streets of Manchester.

“I was walking down the street and I saw all these people giving loads of food to homeless people,” Molly told Manchester Evening News.

“So I asked my mum if I could do it and she said yes. So we got some hot drinks and soup and food and gave it to Margaret.” 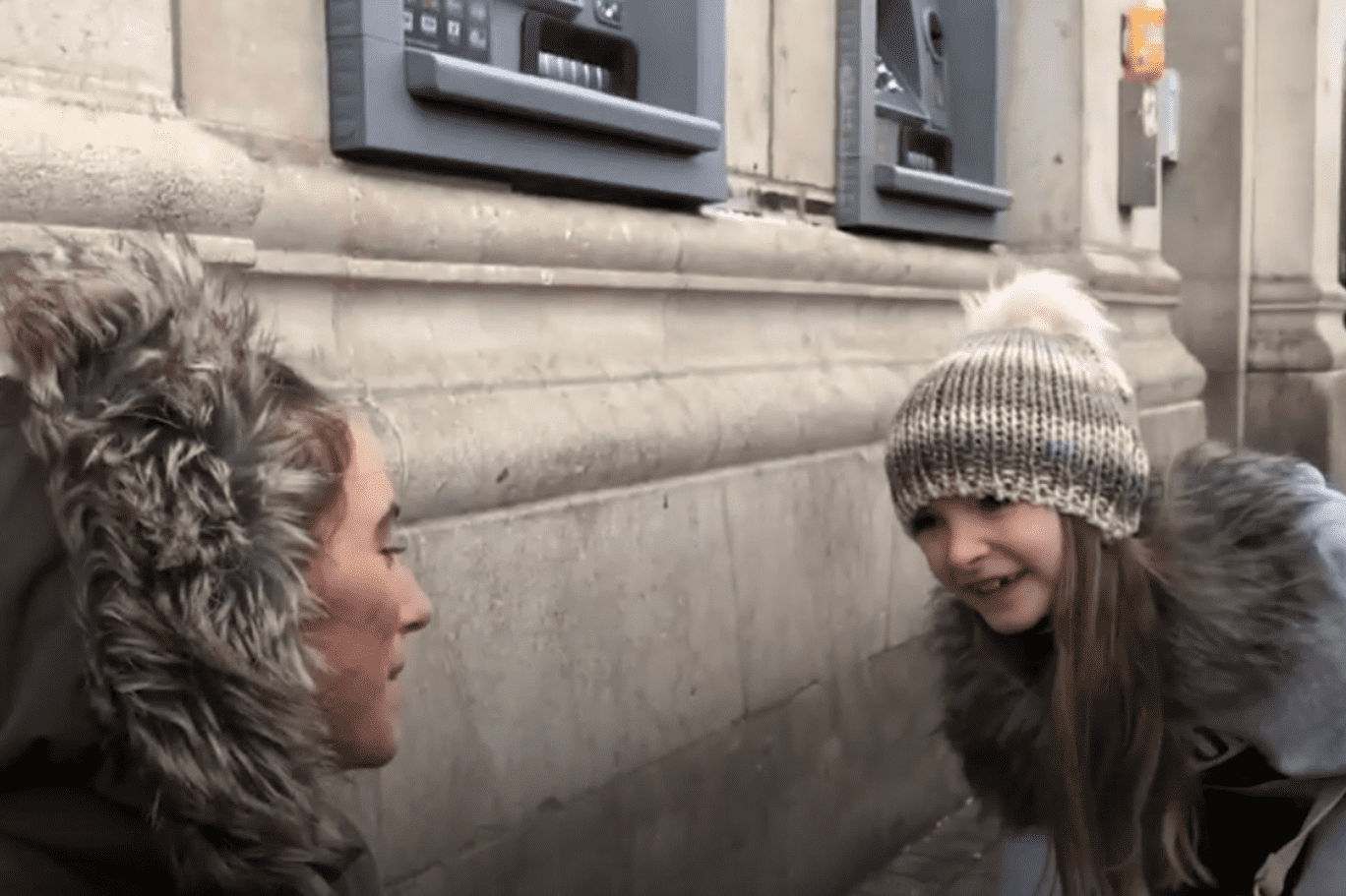 6. A touch of kindness with a trim

A British hairdresser Josh Coombes has been kind enough to help the homeless people regain their identity by giving them free haircuts since 2015.

He has also collaborated with veterinarian Jade Statt, who runs a service named Street Vet, to provide the canine companions of the homeless people that he meets with support as well.

Josh told a TV channel, “I didn’t want it to just be about me and cutting hair. So, I came up with the hashtag and I always wanted other people to get involved.”

Coombes wants to break the taboo surrounding homeless people, demonstrating the ease with which anyone can interact with people who are sleeping rough and show them kindness. 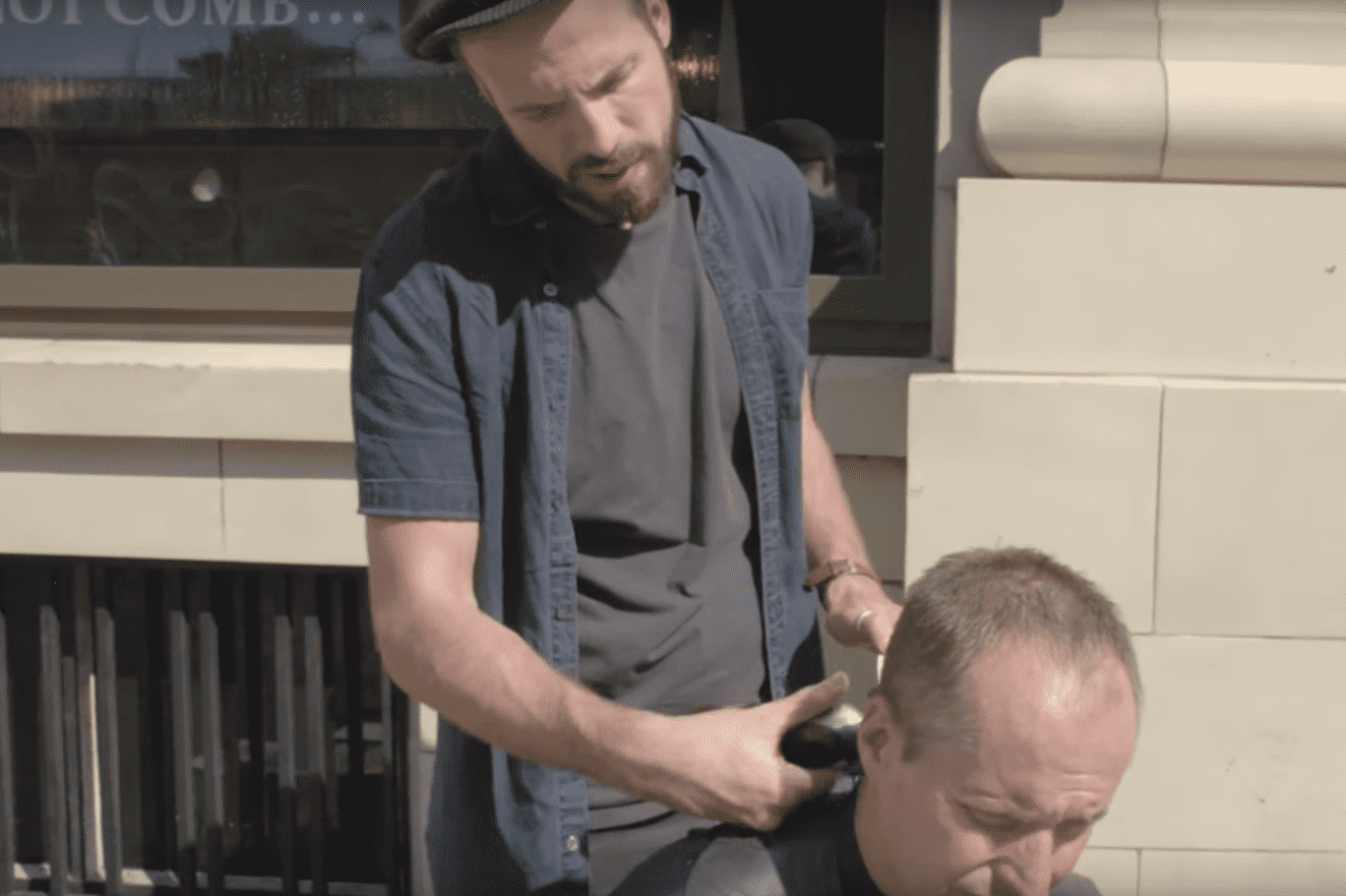 The prospect of meeting a superhero is the dream of millions of children around the world. In 2016, this became a reality for children being treated at Children’s Hospital Colorado.

costumed crusaders including Iron Man, Spider-Man, and Captain America were spotted rappelling down the side of the 10-story building bringing immeasurable joy and excitement to the children.

Members of the Aurora Police Department Strategic Response and Tactics Team decided to give the children being looked after at the medical institution a bit of boost by dressing up as the superheroes and providing them with the phenomenally super surprise.

The hospital thanked the team on YouTube for “being superheroes, this day in-costume, and every day in our community.” 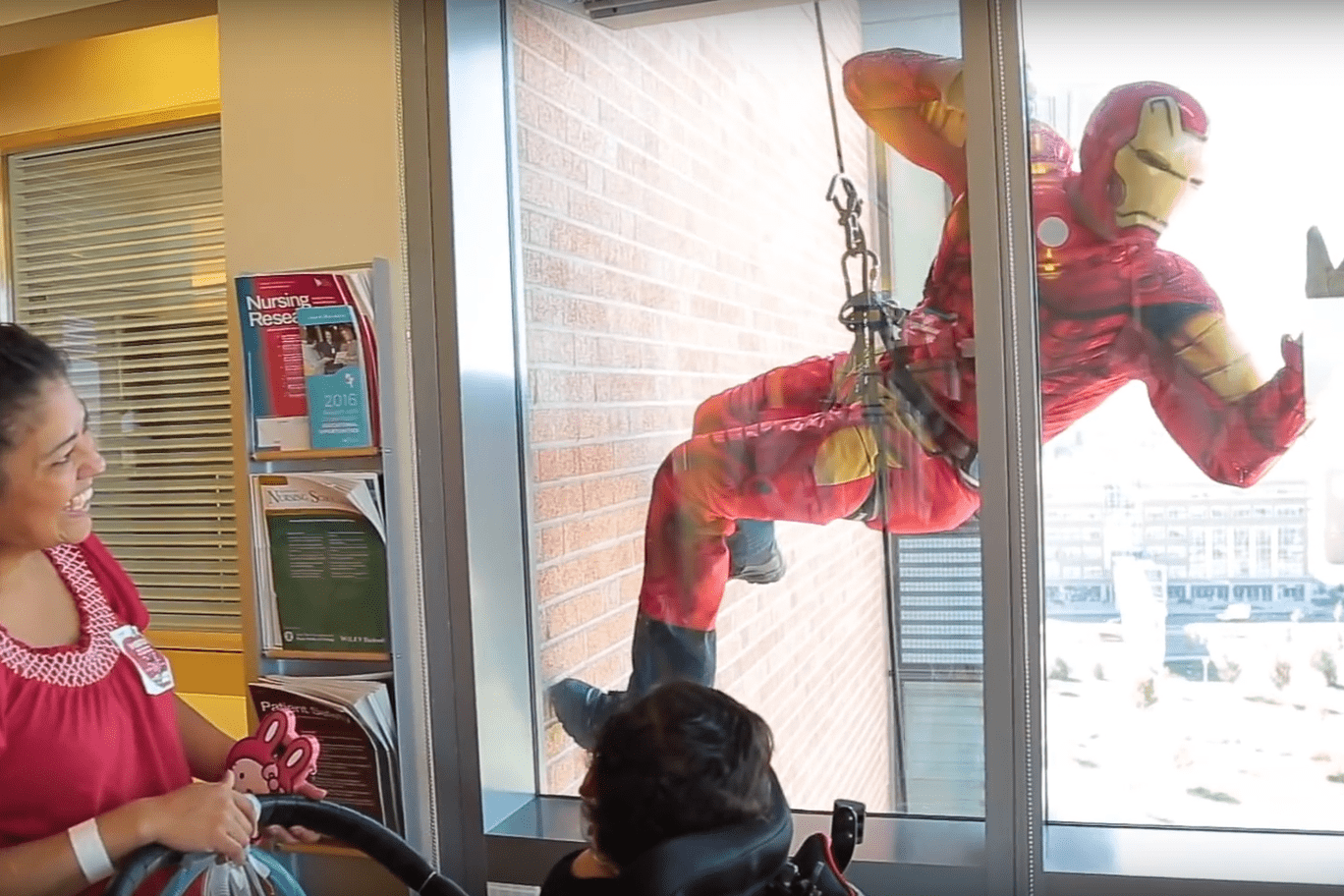 8. The true meaning of sportsmanship:

Competing others is an everyday thing in our lives, but eradicating one’s chance of succeeding as an act of kindness is a rare thing.

It’s every runner’s worst nightmare – you’re taking part in one of the most important races of your career, only to take a tumble and eliminate your chances of winning a medal.

However, it wasn’t the tangle between New Zealand’s Nikki Hamblin and America’s Abbey D’Agostino at the 2016 Rio Olympics that made headlines, but the way in which the women rallied together to help each other across the finish line.

Hamblin and D’Agostino were lauded for capturing the “Olympic spirit” when competing in the qualifying heat for the 5,000-metre race.

Hamblin fell over, accidentally tripping D’Agostino in the process when about half of the distance was remaining.

The fall caused D’Agostino to sustain a foot injury, so Hamblin helped her competitor complete the race with the pair embracing at the finish line.

Hamblin and D’Agostino were both given awards for their acts of “selflessness and exemplary sportsmanship”. 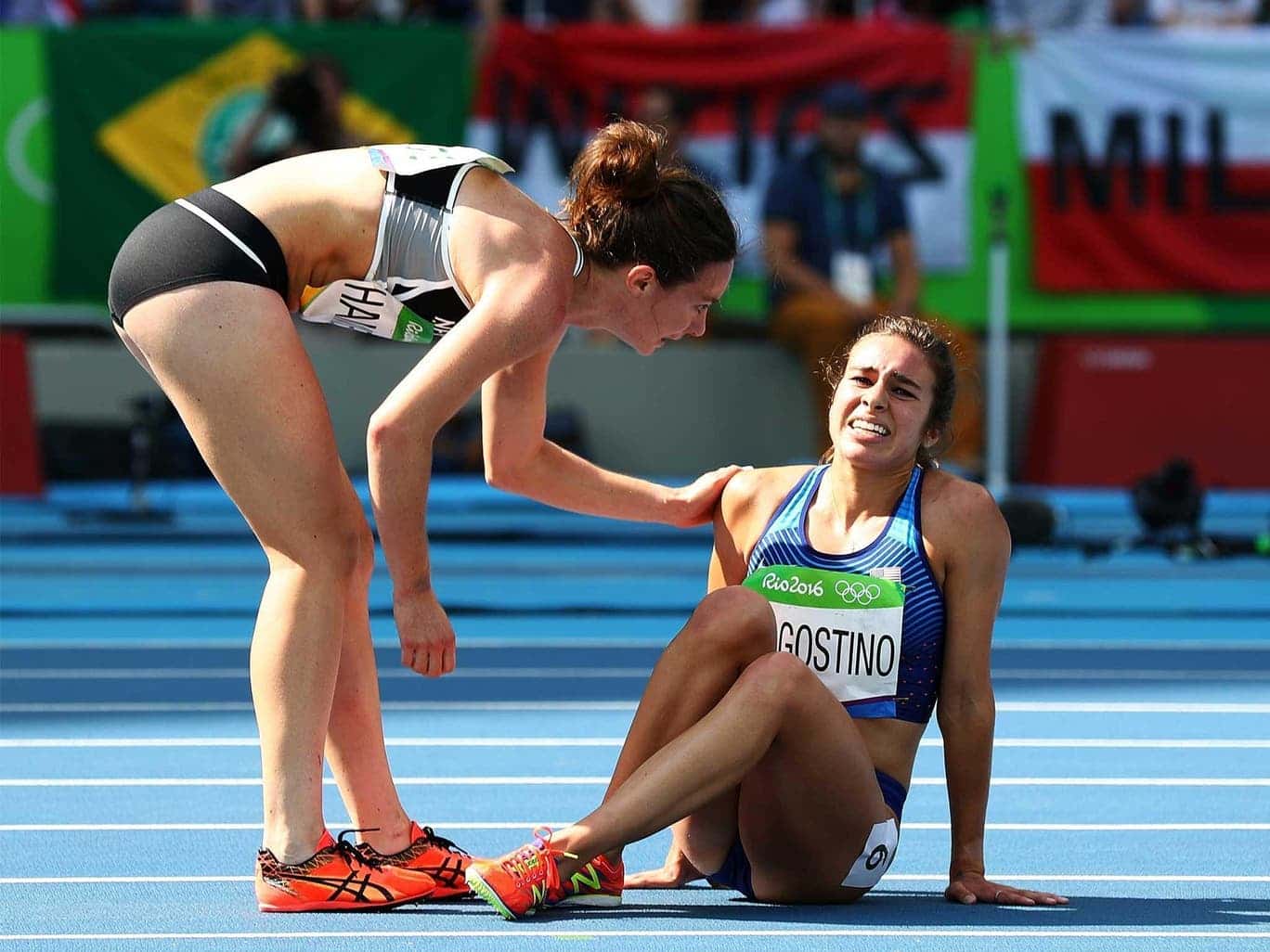 Cameron Lyle, a student at the University of New Hampshire, registered himself as a bone marrow donor at the age of 19.

At 21, he was informed that a 28-year-old man with leukemia was in need of a bone marrow transplant.

Despite having a promising future career as a track and field athlete ahead of him, Lyle didn’t hesitate when given the chance to save someone else’s life.
Showing an amazing act of kindness, Cameron was ready to sacrifice the opportunities at hand for a complete stranger. 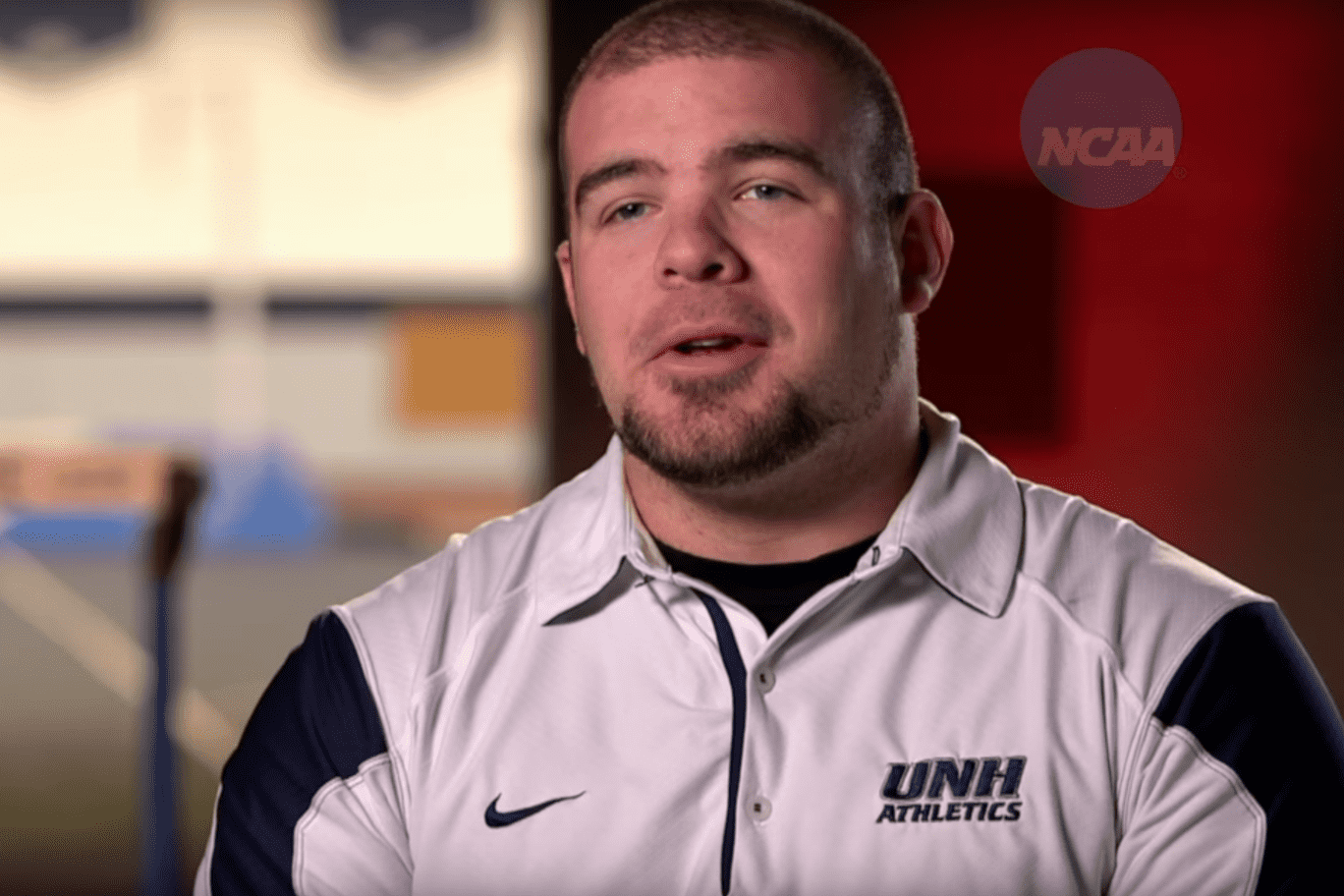 A resident of Los Angeles, Mohamed Bzeek, has been doing one of the kindest things, since 1995. He provides love, care, and support to terminally ill children during their final moments of life.

Inspired by his Muslim faith, Bzeek has fostered more than 40 children throughout the years, as he explained to CBC News.

“It’s the big factor, my faith, because I believe as a Muslim we need to extend our hand to help people who need us,” he said. “Doesn’t matter what nationality, what religion, what country. To me it doesn’t matter, I do it as a human being for another human being.”

A documentary has been made about Bzeek’s act of love called Guardian of Angels. 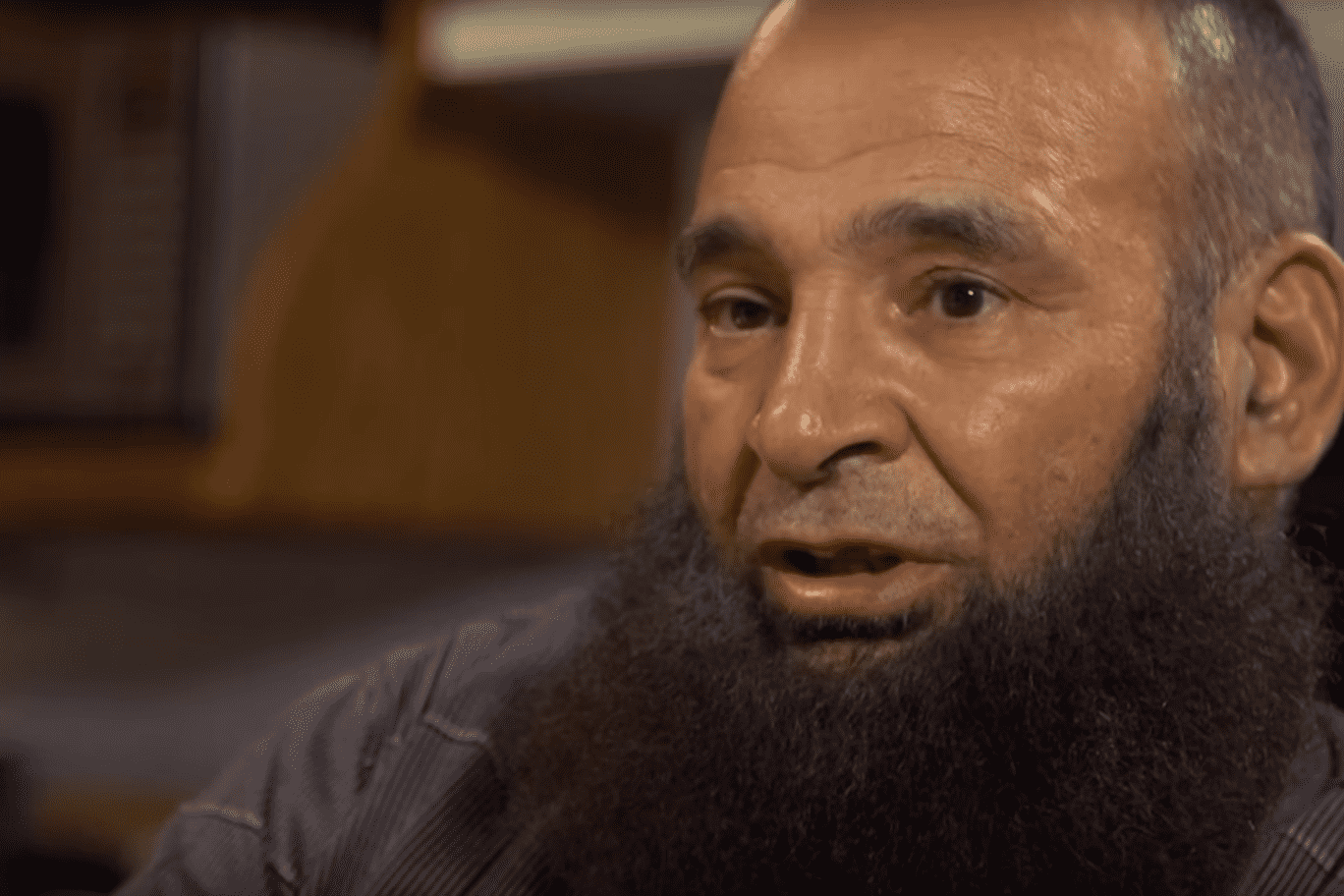 Mitchell Marcus, a student with a developmental disability took part in a varsity basketball game at Coronado High School against the Franklin Basketball Team.
Even after many attempts, Marcus wasn’t able to score a goal for his team.

Seeing Marcus’s efforts, Jonathan Montanez, a player from the other team decided to show some kindness to him by giving him the chance to achieve the glory that he deserved.

Jonathan called Mitchell over, giving him the ball in the final seconds of the match.

“I was raised to treat others like you want to be treated,” Jonathan told CBS News. “I just thought Mitchell deserved his chance, deserved his opportunity.”

Mitchell then took one last shot at the net and was successful at scoring a goal for his team, leaving them super excited. 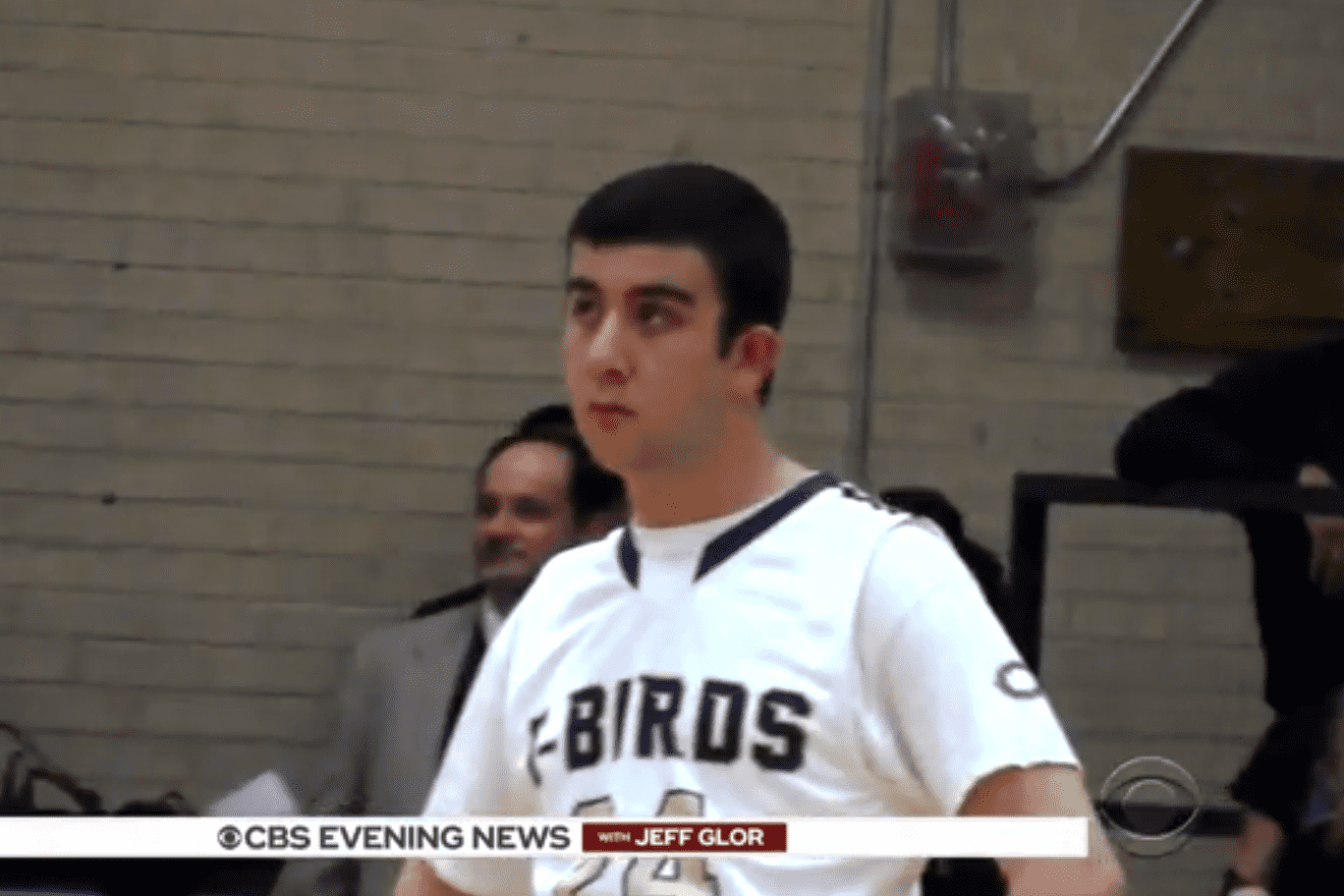 We’ve all grown up hearing that there’s power in unity, but what happened at a railway station in Australia is its truest example.

In 2014, a man at Stirling Station in Perth, Australia accidentally tripped, becoming trapped in between a train and the platform.

The man struggled to free himself but it was impossible until, fellow commuters teamed up to push the train to one side, eventually helping the man to free his leg. 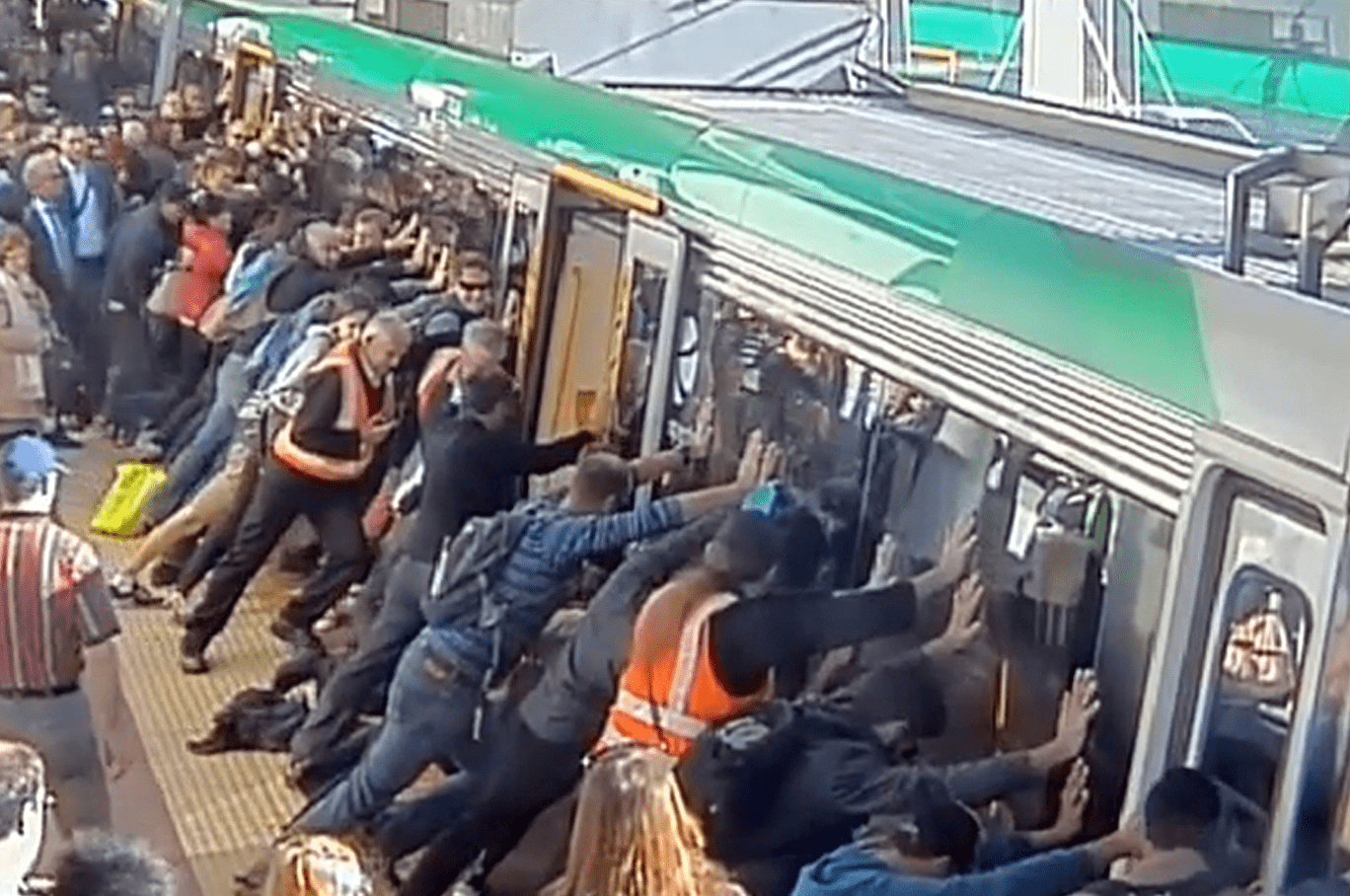