Posted by Editorial Staff in Entertainment On 28th December 2016
ADVERTISEMENT

Transgenderism is a psychological state or physical condition in which an individual rejects his assigned sex and embrace the one they prefer. The term transgenderism has become an umbrella word lately, but it is a lot different from expressions like transsexual, transvestite, trans-man, and trans-woman, etc. A transgender person is someone who dresses, behaves, and lives their life like a person of the opposite gender, whereas a transsexual goes under the knife to alter their physical appearance and restructure sexual organs. Being one of the four groups of LGBT community, transgender people represent the many walks of life. Have a look at 12 of the most famous transgender celebrities from around the world. 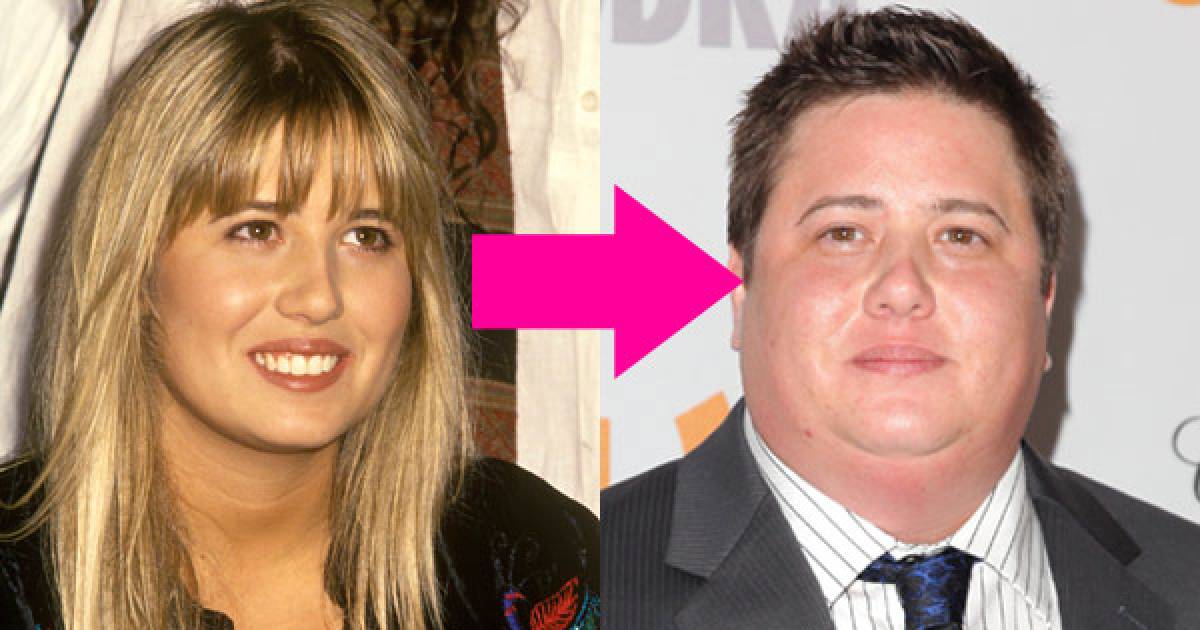 Chaz Bono, born Chastity Sun Bono, is an American writer, musician, actor, and advocate. He is the child of famous American singers Cher and Sonny Bono. Chaz Bono was born as a girl, but he always had problems identifying his gender correctly. In 1995, Chaz Bono came out as a lesbian. Thirteen years later, in 2009, Chaz Bono made a formal announcement about his willingness to change gender. By 2010, he gradually transitioned to a male. Chaz Bono got rid of breasts and grew facial hair. A couple of years ago, Chaz Bono said he was saving money for a penile implant. Chaz is one of the leading LGBT rights activists in the United States. 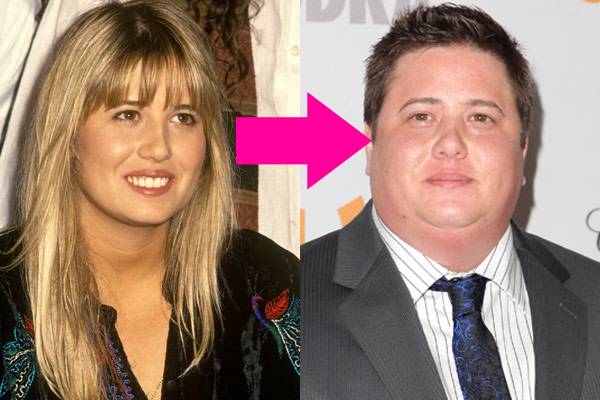 Caitlyn Jenner, formerly known as Bruce Jenner, perhaps doesn't need a special introduction. The 67-year-old Olympic medal winner was once a man but outed herself in 2005 as trans-woman. Caitlyn Jenner said that she had suffered from gender dysphoria for a very long time. She was in a hormone replacement therapy sometime during the 90s but gave up because of her serious relationship with Kris Jenner. As you know, Kris Jenner divorced Caitlyn in 2015 in the wake of his gender transition controversy. Caitlyn identifies her as a lesbian and recently confirmed that she wouldn't date or have sex with men until she became a woman entirely. She has been staying away from sex change surgery due to age-related issues. 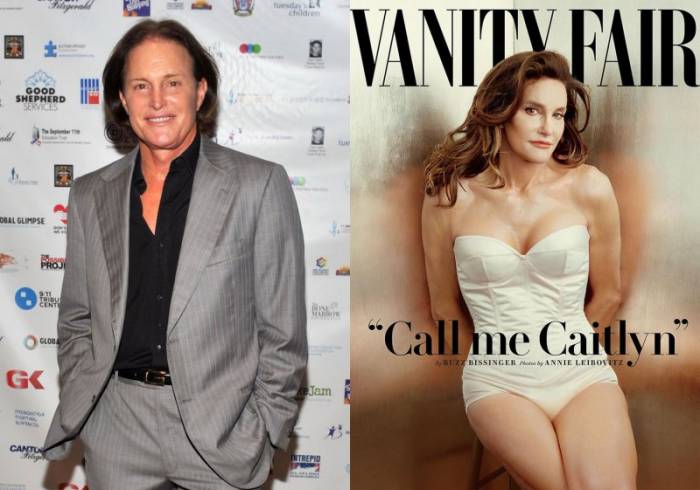 "Orange is the New Black" star, Laverne Cox, is one of the most popular trans-women of the current generation. She has been acting since 2000 but gained great popularity in 2013 when she was chosen to play Sophia Burset role on the Netflix's comedy-drama series, Orange is the New Black. Laverne Cox is the first openly transgender person to be nominated for an Emmy Award. She is the first trans-woman to have a statue at Madame Tussauds. Laverne Cox is also the first openly transgender woman to feature on the Time magazine's cover. 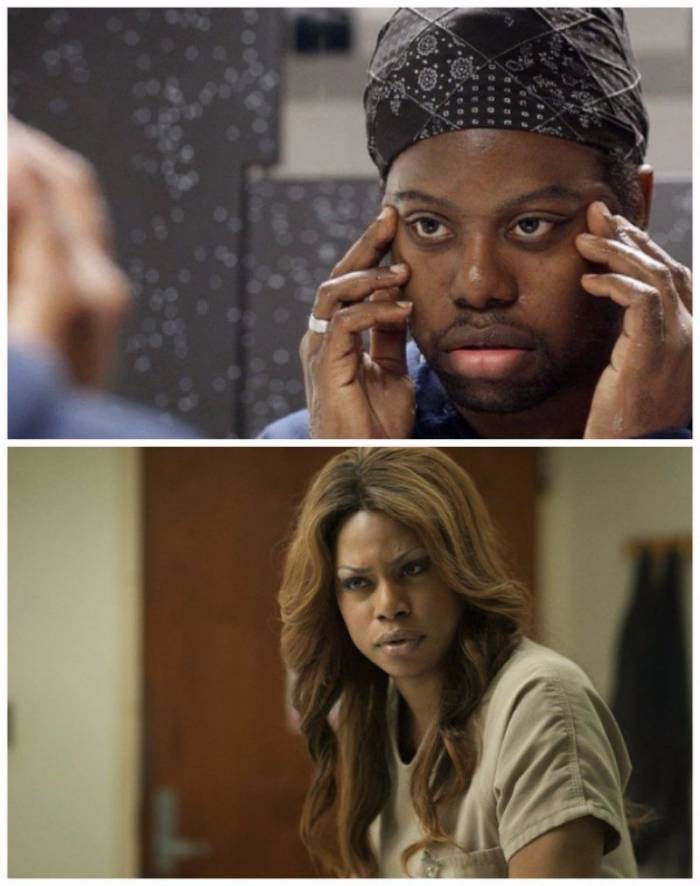 She may be just 16 years old, but this American transgender teenager has grabbed the world attention by being an LGBT activist, YouTube celebrity, and a television personality. Jennings first rose to fame in 2007 when her interview with Barbara Walters aired on 20/20. Her story of being a transgender kid raised many eyebrows back then. Jazz Jennings was born in 2000 as a male, but in 2004, she was diagnosed with gender identity disorder. By 2007, Jazz Jennings began dressing up as a girl. Her parents, Greg and Jeanette, accepted Jennings's transgender behavior and supported her. In fact, the family started a foundation named Transkids Purple Rainbow Foundation to help kids dealing with gender identity disorders. 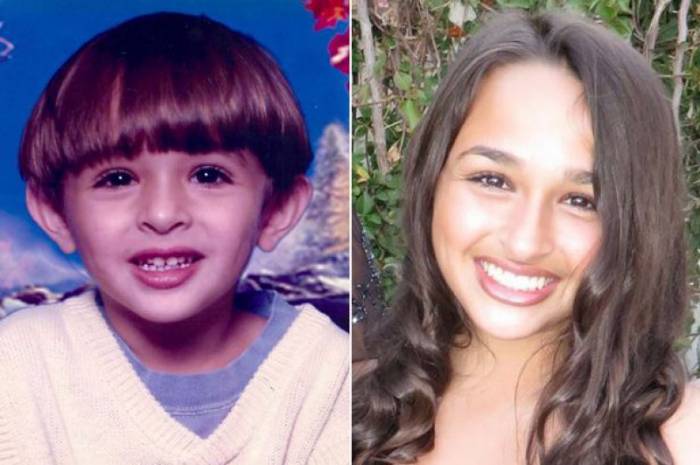 They were known as the Wachowski brothers a few years back, and the siblings were making fantastic movies like The Matrix Trilogy back then. Formerly known as Larry Wachowski and Andy Wachowski, the director duo dumped their assigned genders and became Lana Wachowski and Lilly Wachowski. Larry became Lana in 2007, and Andy became Lilly in 2016. Lilly Wachowski identified herself as a transgender woman for a long time but came out as one in March 2016. The Wachowski sisters' last movie was Jupiter Ascending. It was one of the big budget movies of 2015, but unfortunately, the film was a major dud. 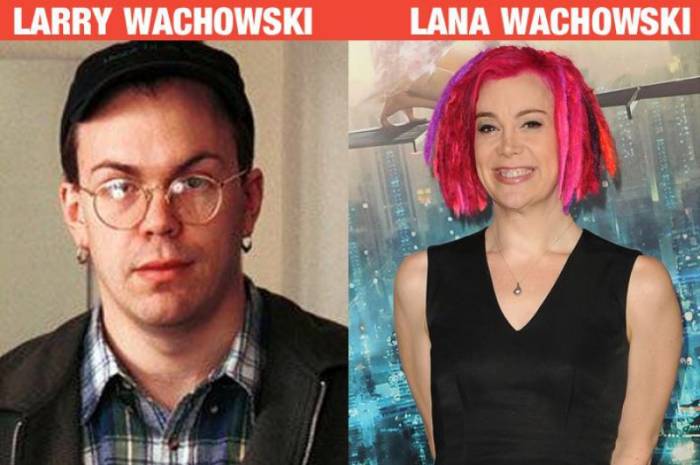 Formerly known as Robert Arquette, Alexis Arquette was an American transsexual actress, a cabaret dancer, and an LGBT rights activist. She was known for playing important roles in popular 90s movies such as Pulp Fiction and Bride of Chucky. Starting from 2004, Alexis went through hormonal replacement therapy in a bid to change her gender identity. A couple of years later, she had sex reassessment surgery and became a woman. Alexis died in November 2016 due to cardiac arrest. She was an HIV patient for nearly 30 years. Alexis caused quite a bit of stir a couple of years ago when she said she had sex with Jared Leto. 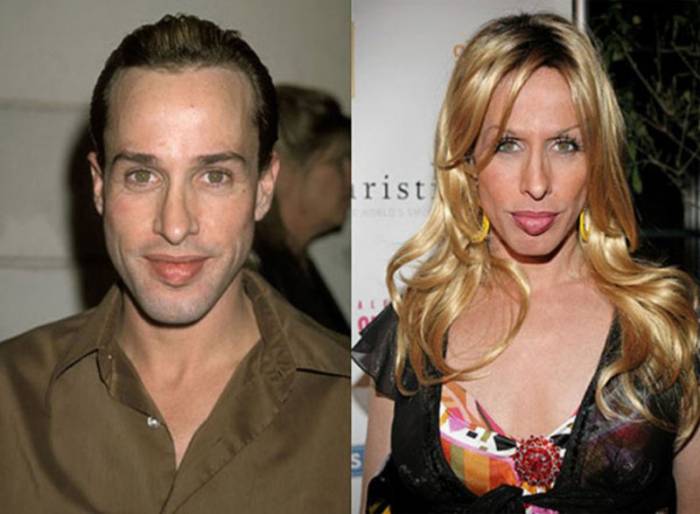 Thanks to the recently concluded United States President elections, trans-woman Candis Cayne had dominated news when she expressed her support to the Democratic Party Presidential Candidate, Hillary Clinton. The 45-year-old actress, performance artist, and drag queen started transitioning into a woman in 1996. Since then, she has been acting in many movies and TV shows. She became popular in the United States in 2007 when she portrayed Carmelita Rainer, a recurring transgender character on ABC TV series, Dirty Sexy Money. She is now a part of Caitlyn Jenner's documentary series, I am Cait. 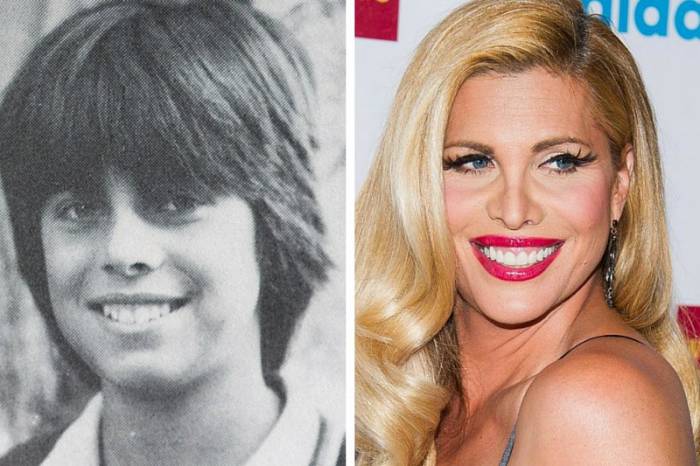 Hari Nef is a 24-year-old American transgender woman who made big news in 2015 when she signed a contract with the leading modeling agency, IMG Models. Hari became the first transgender women ever to sign a deal with IMG. She was born as a boy, but she chose to be a girl sometime during her adolescent years. In an interview given to Galore Magazine, Hari Nef said that her goal was to create a successful TV show. She also expressed her desire to become a writer. The popular British magazine, Elle, has featured Hari Nef on one of its issues' cover page, making her the first ever transgender woman to feature on a British commercial magazine. 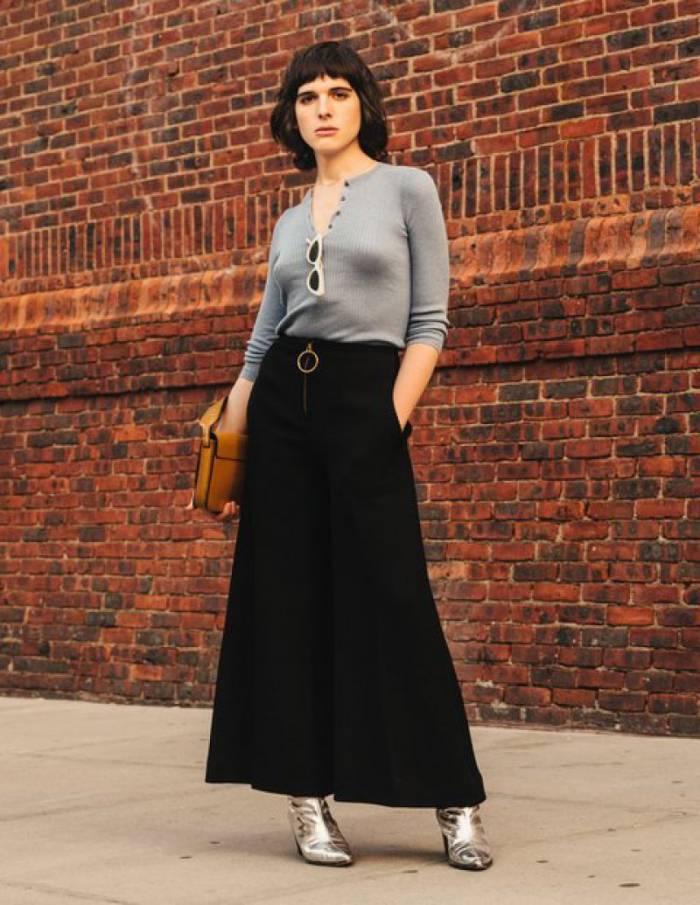 Fallon Fox, born Boyd Burton, is the first African American transgender woman in the MMA history. Born in Toledo, Ohio, Fallon Fox had troubles accepting her assigned gender during her early childhood. However, she spent much of her childhood as well as teen years as a typical male. She married a girl and had a daughter with her. Fallon Fox had even worked for US Navy for some years before becoming a transgender woman. In 2006, Fallon Fox traveled to Bangkok and had sex reassessment surgery, breast implants, and hair implant surgery. To let you know, Fallon Fox brutally injured her female opponent a couple of years back, raising concerns over allowing trans-women combat real women. 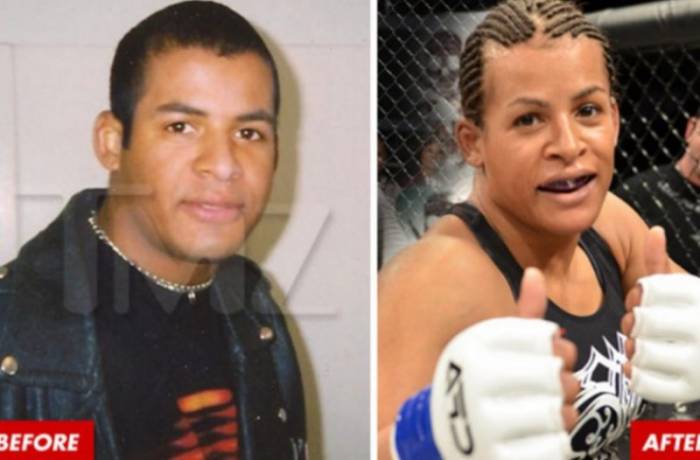 Jenna Talackova received global attention in 2012 when she won a legal battle that let her participate in Miss Universe Canada after judges disqualified her for being a transgender woman. She participated in the competition but failed to win it. She is now a notable television personality in Canada. The Canadian transgender model began transitioning into female when she was 14 years. At 19 years, Talackova went through a sex reassessment surgery in Bangkok and changed her name to Jenna. Interestingly, Donald Trump was the president and principal stakeholder of Miss Universe organization at that time. 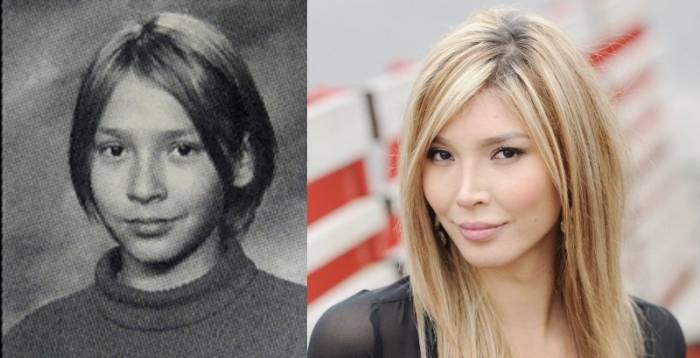 Isis King is one of the top transgender models in the United States right now. King was born as a male in 1985 but decided to become a girl during her teen years. She says the feeling of "stuck in a wrong body" constantly bothered her during her early childhood. Isis King rose to fame when she appeared on the America's Next Top Model show. She is the first trans-woman to compete in the show. Famous sex reassessment surgeon, Marci Bowers, offered a free sex change surgery when she met Isis King on The Tyra Banks Show. King underwent the procedure in 2009 and became a woman. 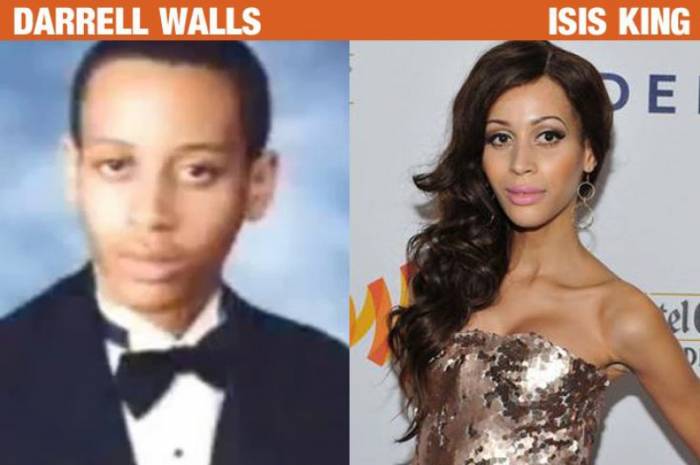 The 33-year-old American author and former People Magazine's editor went through a sex reassessment surgery circa 2001. Many followers of People Magazine and Marie Claire know Janet Mock for her excellent articles. She rose to international fame in 2014 when she authored the book Redefining Realness, which was featured on The New York Times' bestseller list. Since then, Janet Mock has made numerous appearances on many prominent TV shows including Oprah Winfrey's Super Soul Sunday. As an author, she has won prestigious awards like Stonewall Book Award, Lambda Literary Award, etc. 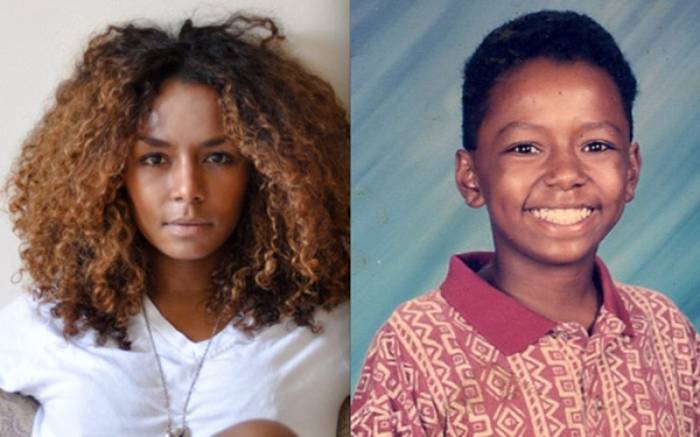