12 Impossible Riddles That Will Confuse Your Brain

Posted by Sughra Hafeez in Puzzle On 29th August 2016
ADVERTISEMENT

Everyone's brain can use a workout from time to time. While these riddles can be frustrating when you first read them, nothing beats the satisfaction you'll feel at solving them. Ready? 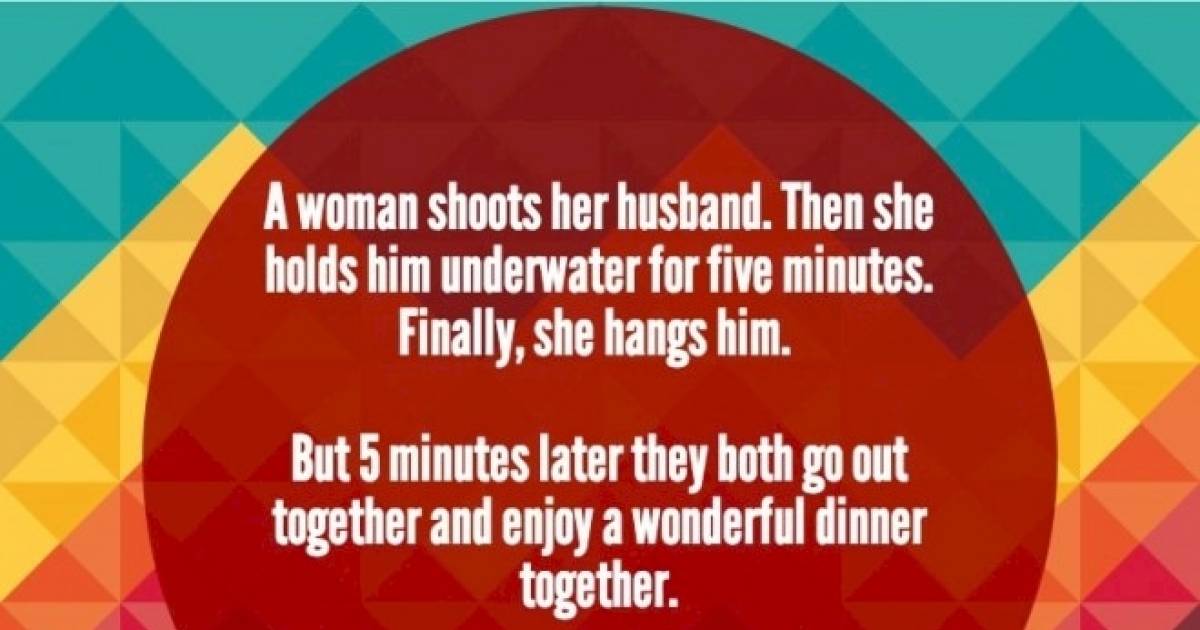 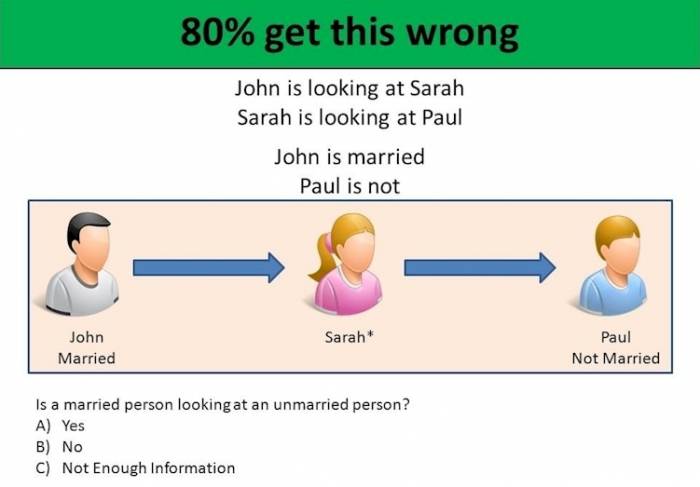 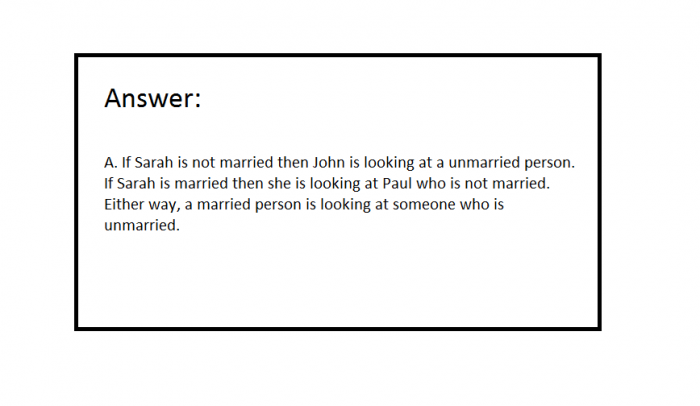 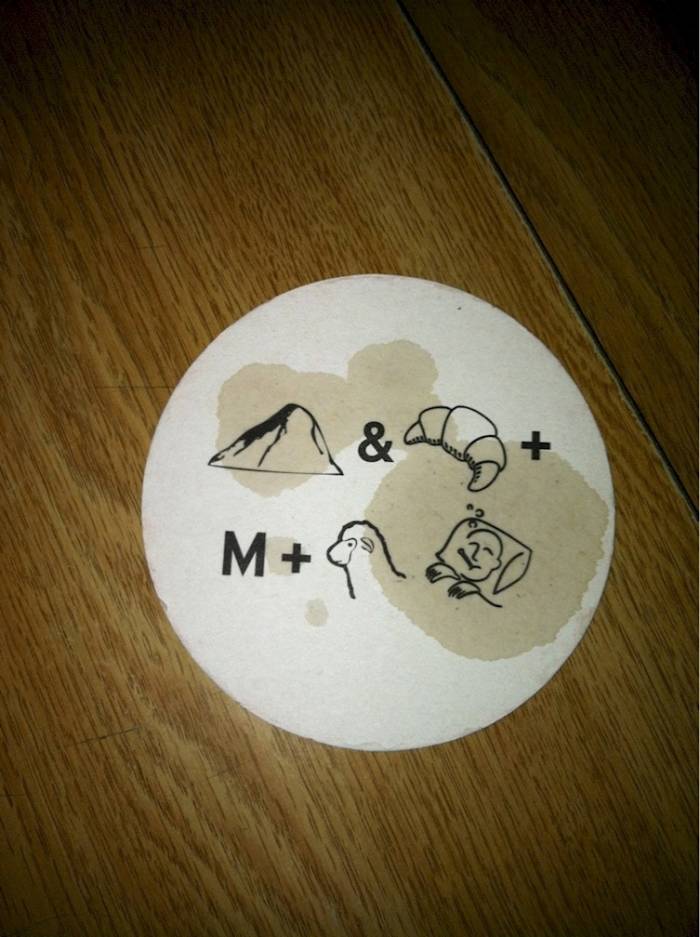 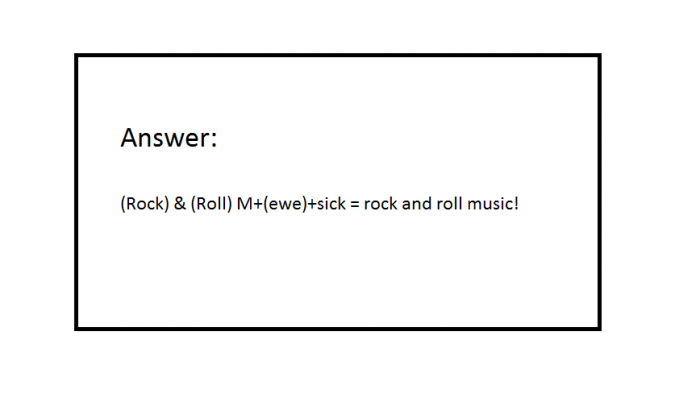 What is the total? 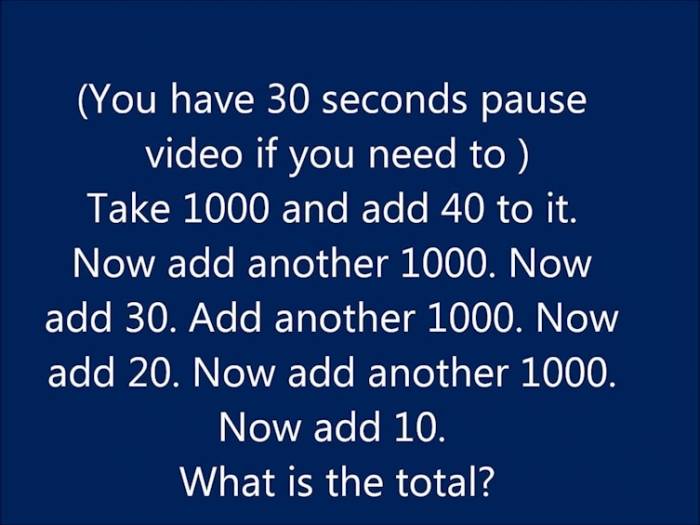 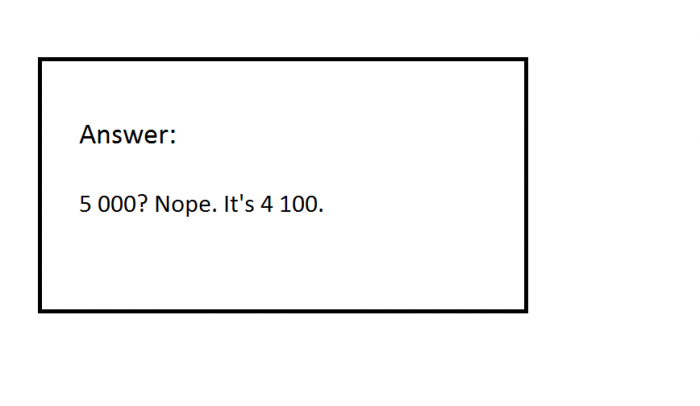 How many are left? 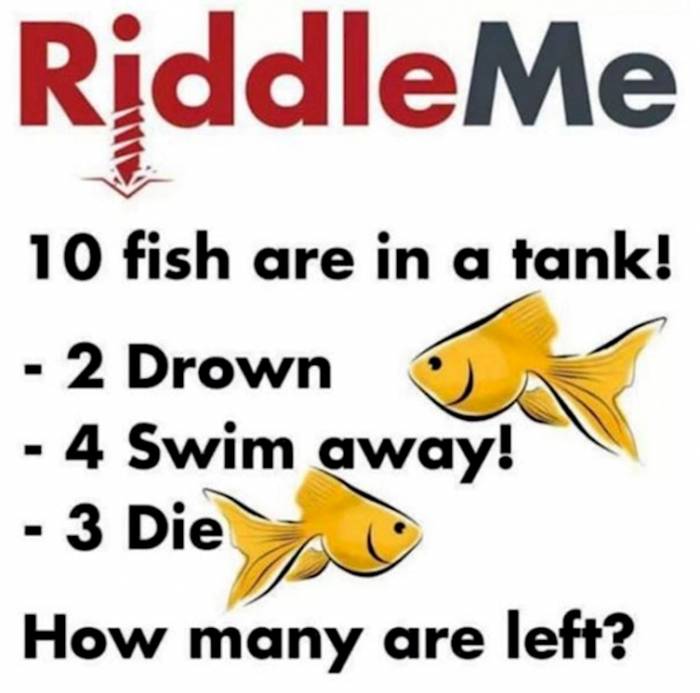 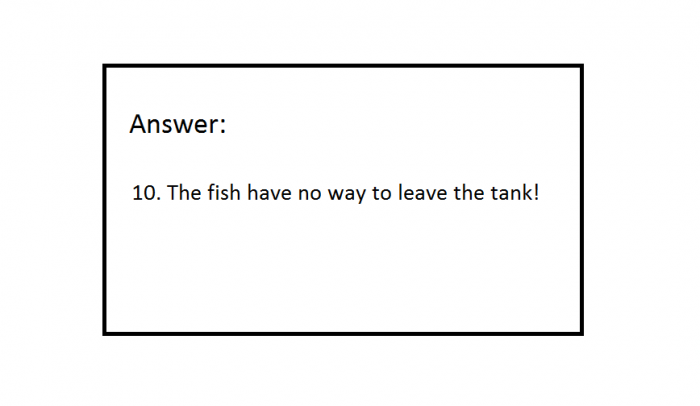 They weren't playing one another (gotta think outside the box). 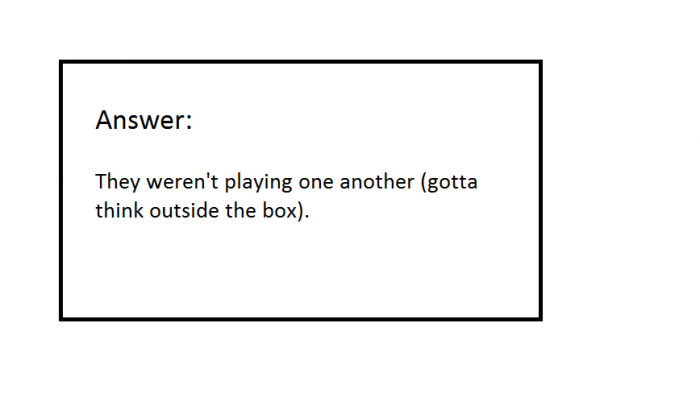 Three Doctors said that Robert was their brother. Robert said he had no brothers. 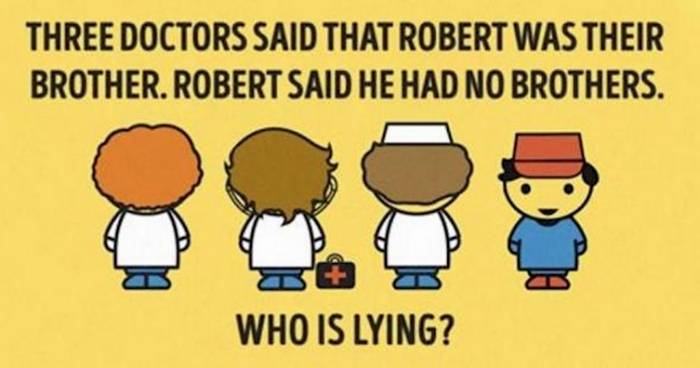 Sisters exists, You know they can be doctors. The 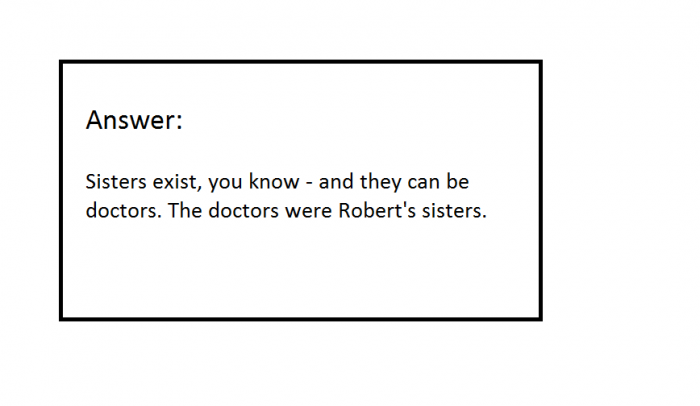 A man was murdered in his office. The suspects are Gerry, Julie, Jason, Nick and sophie. The numbers 6, 4, 9, 10, 11 are written on the Calender with blood. 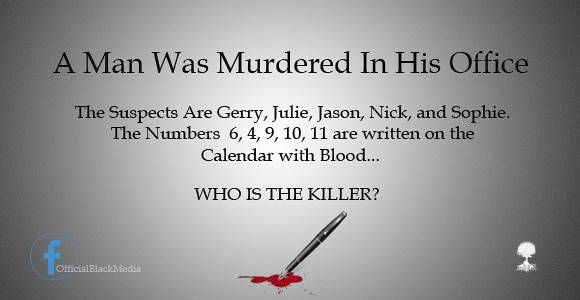 Jason. June is the sixth month, April the fourth, September the ninth, October the tenth and November the eleventh. Together, they spell J-A-S-O-N. 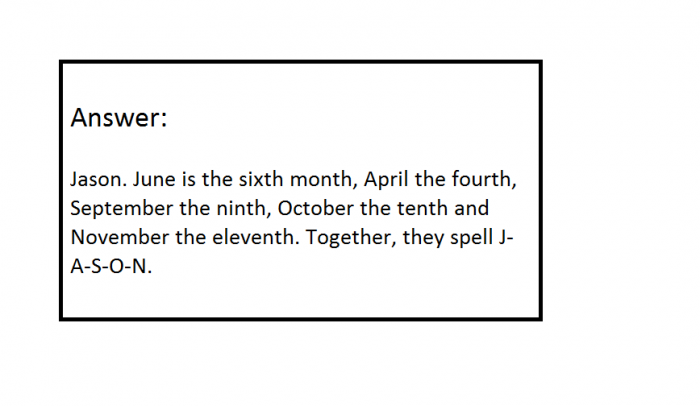 The age of father and son add up to 66. The father's age is the son's age reversed.

How old they could be? 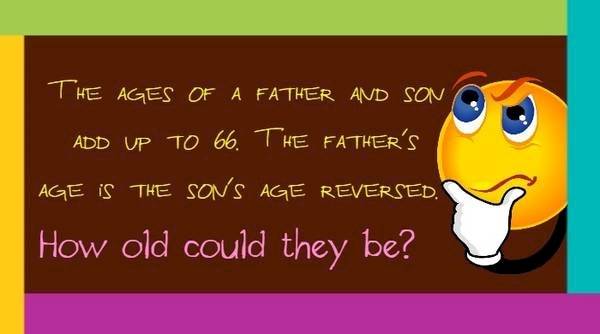 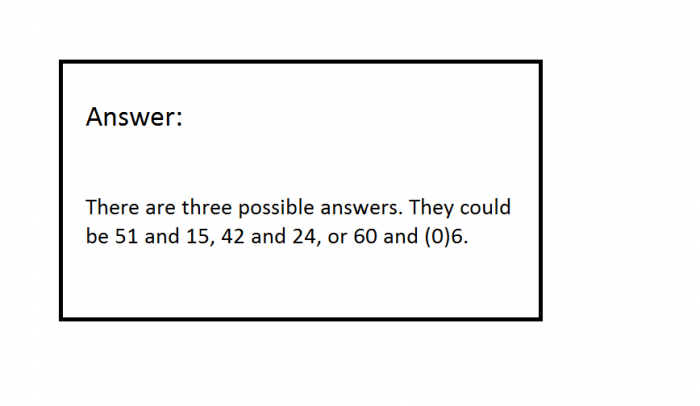 If you are running a race, and you pass the person in second, what place are you in? 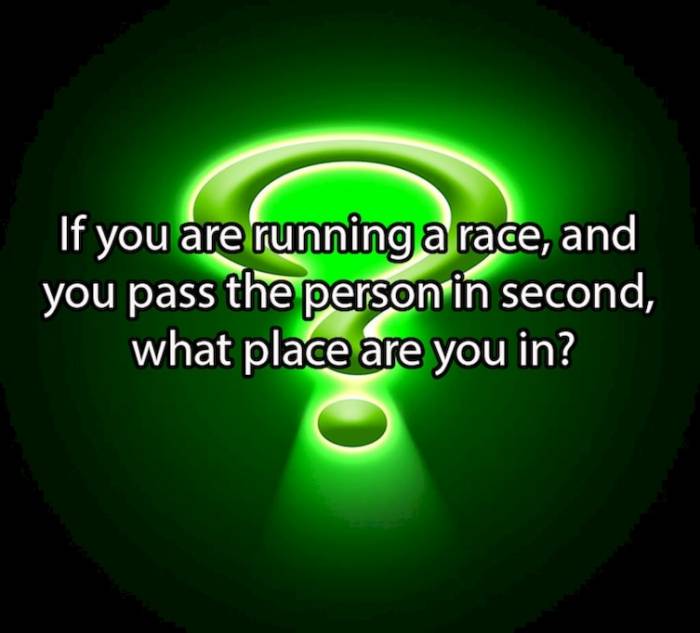 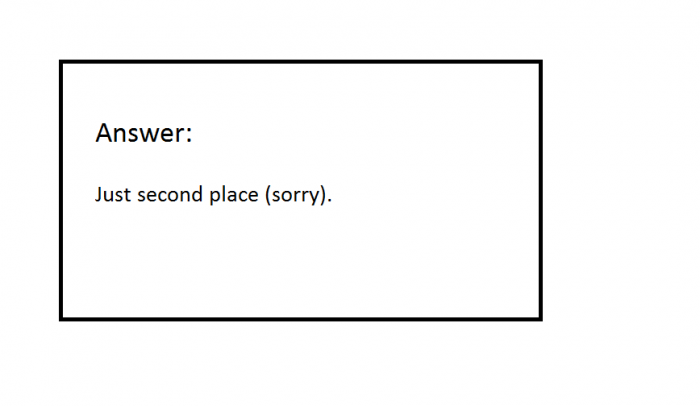 Riddle on the wall. Holes in the bottom, the left and right. Yet it still holds water with all it's might. what is it? 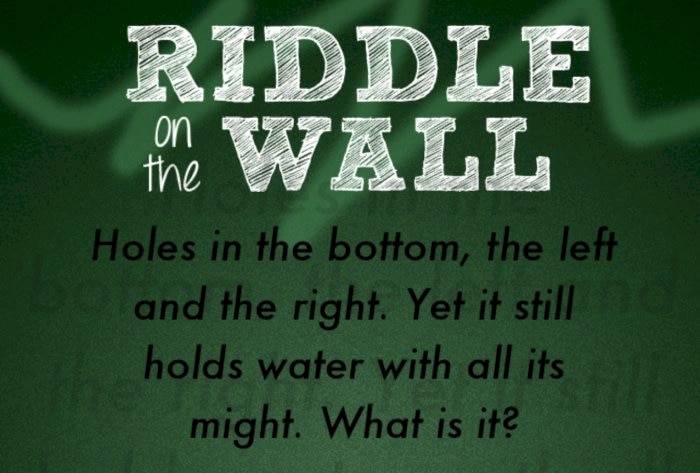 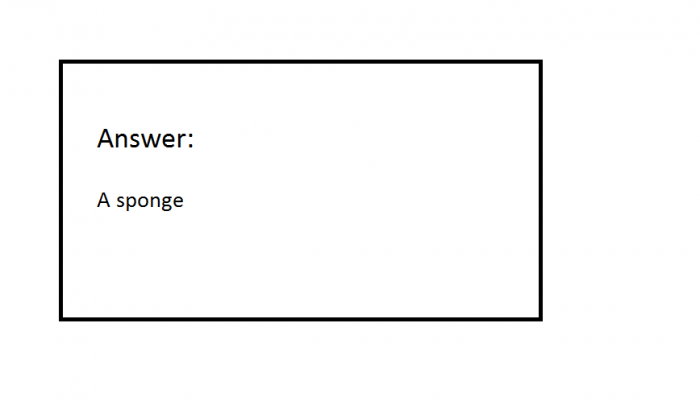 What goes through towns and over hills but never moves? 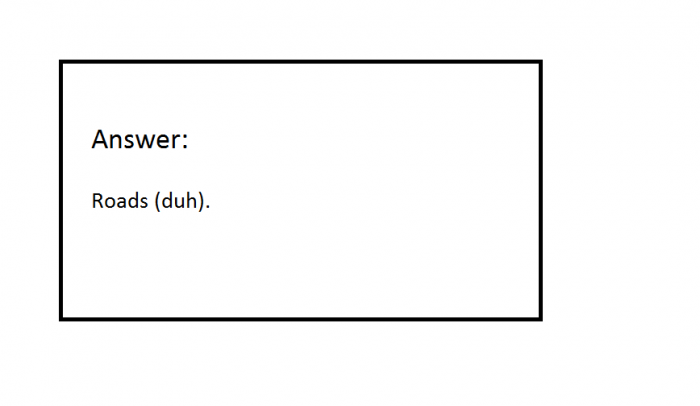 A women shoots her husband. Then she holds him under water for five minutes. Finally, she hangs him. But 5 mins later they both go out together and enjoy a wonderful dinner together.

How can this be? 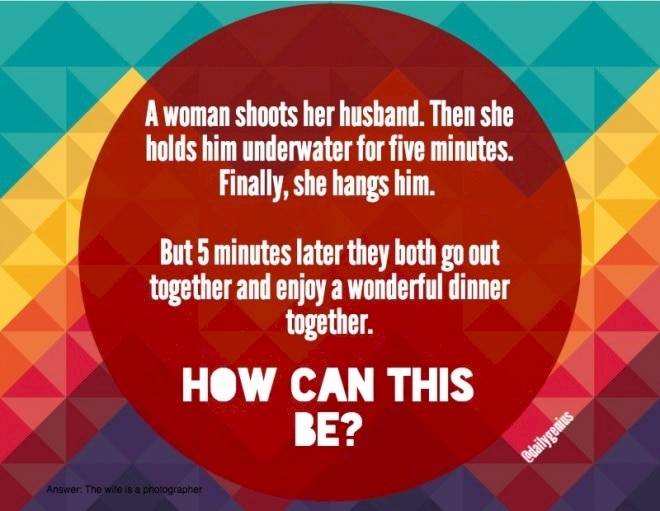 The wife is a photographer, not a murderer. 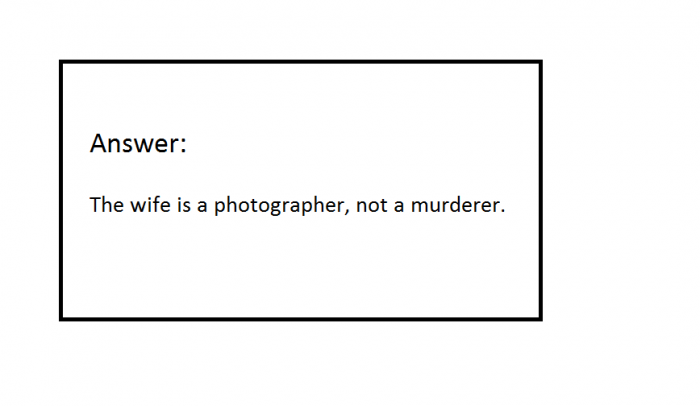