Boy, 12, who hasn't had a haircut since he was four decides to have his locks chopped to raise funds for The Little Princess Trust. 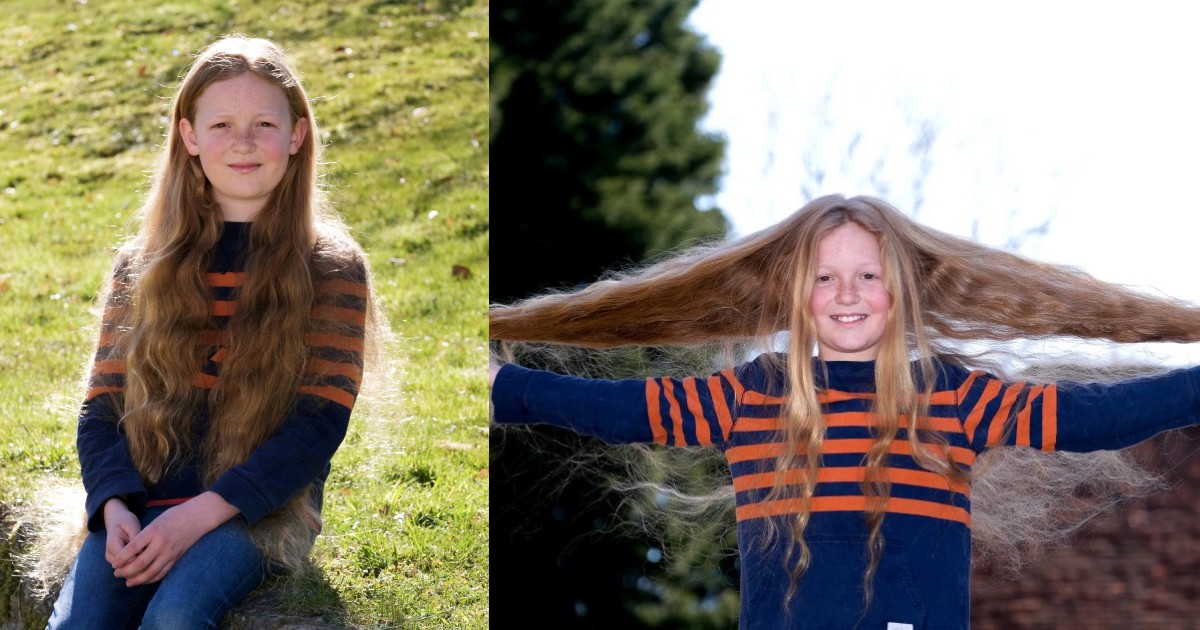 Bertie Pilkington is donating his hair to the Little Princess Trust – a charity that makes wigs for children who have lost their hair due to cancer treatment or other medical conditions.

Bertie’s 49-year-old mum, Jo Munting, explains that Bertie was determined to let it grow longer, so he could give more away and raise as much money as possible.

Bertie's mother Jo Munting said 'He had it trimmed when he was four when he went to school. He's been growing it ever since.

Jo said: ‘He was going to get it cut at the end of primary school but decided to keep it long because he’d get more money if he waited'. 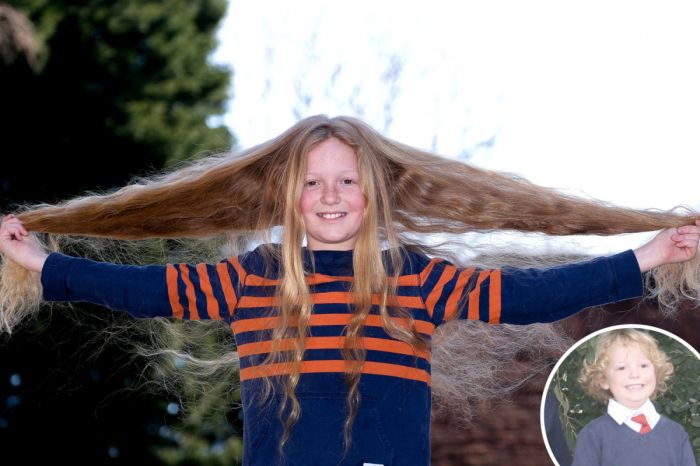 ‘He’s braver than me. He had it cut when he was four, but it was only under duress – he just had it trimmed so it didn’t look scruffy'.

‘He’s quite eccentric but he does a lot of sport so having long hair makes it difficult'. 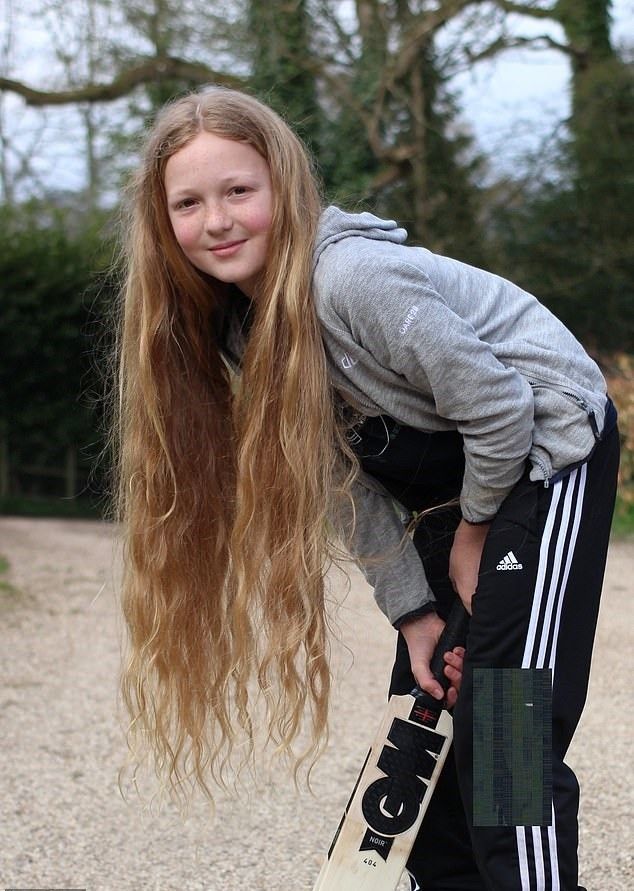 ‘When he started at school people assumed he’s a girl as he’s got quite a female looking face.’

The 12-year-old said: ‘There was this My Life programme on CBBC and this girl had a necklace with beads on of all the things she had to go to hospital for'. 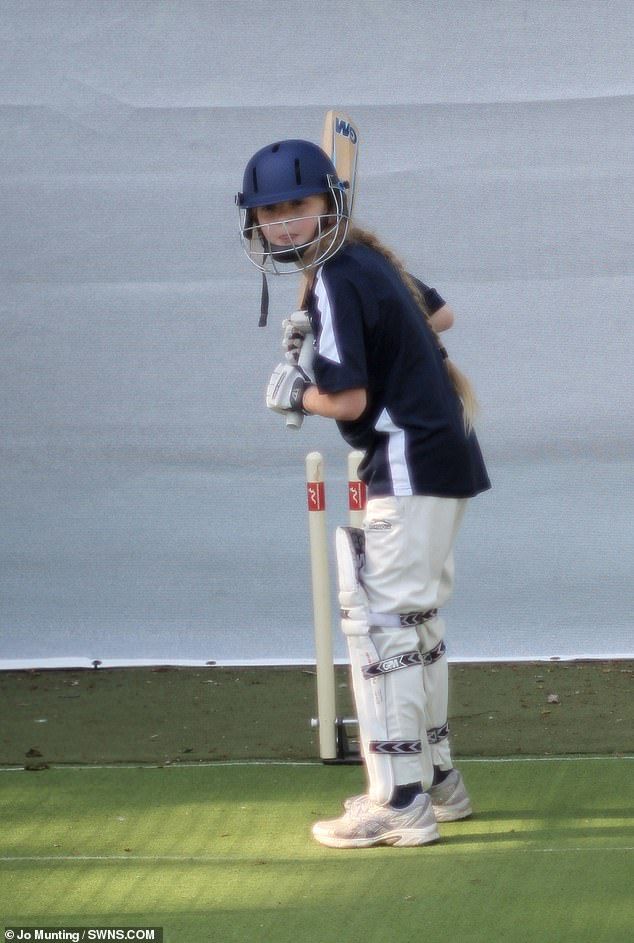 ‘There was one with a head and it said “a head, with hair” and there was another one next to it with a head without hair.

‘And she talked about going through cancer and not being able to have hai'r.

Bertie, who attends Park House School, knew he wanted to give away his hair after watching a TV programme about a child with cancer. 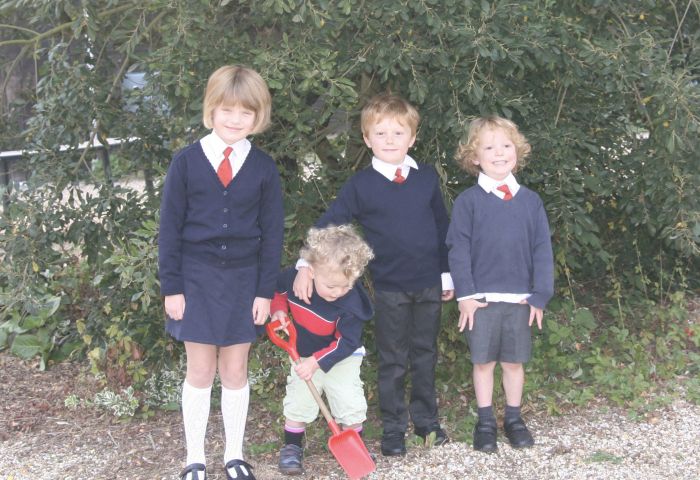 Bertie, right, last had his hair chopped when he was just four.

A JustGiving page has been set up by Bertie, with an initial fund-raising target of £550, and it's already got pledges of £350. All proceeds will be donated to the Little Princess Trust.

The charity provides wigs made of real hair, free of charge, to children  and young people up to age 24, who've lost theirs. 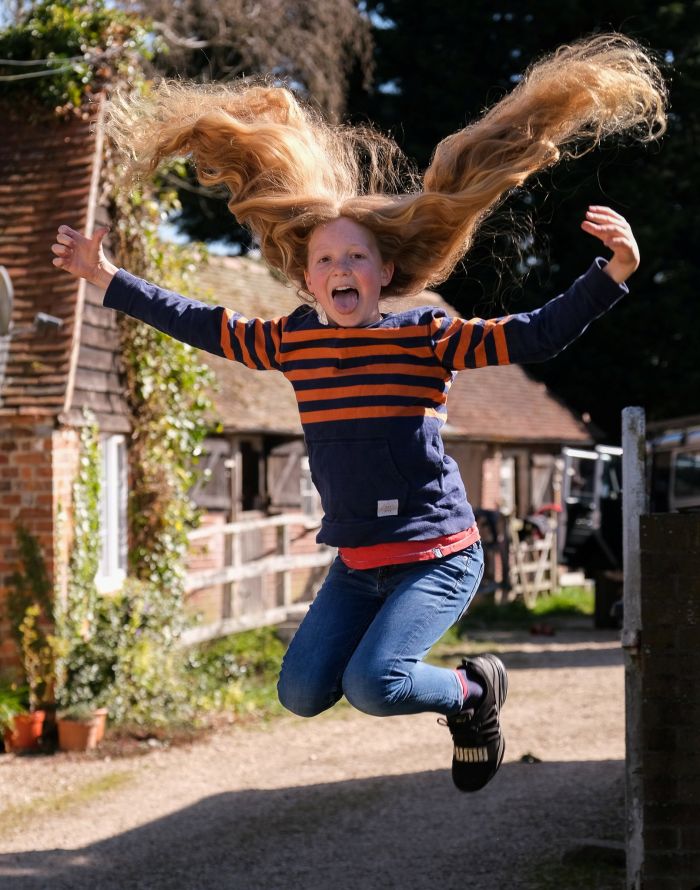 Created in 2006, the Trust works with trusted salons to approve and fit the wigs, making sure they are as close to the child's natural hair colour as possible.

Made of real hair, the wigs can be styled and cut to fit the person's style of choice 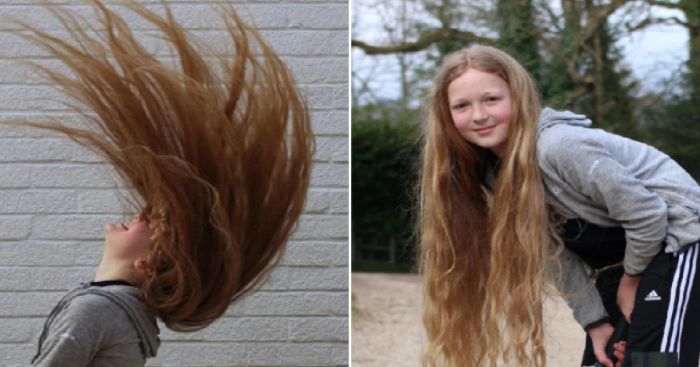