Deserts are not to be messed with. Many have ventured or gotten lost in the desert and have never been seen again. People wonder what happens to those brave souls that never come back, while other lucky few who do happen to return, usually have a strange tale about what occurs in those vast and barren wastelands. As a result, deserts have been linked with ghost stories for centuries, and spooky legends have been spread about them that have crept into the minds of people all over the world.

Life in the desert is extremely difficult. It is a surreal and remorseless place, filled with terrifying creatures that have adapted their way of life to the most extreme habitats. It’s no wonder everyone fears the desert, since all the animals and creatures that live there are out to kill you. There have been cases, however, where those creatures are not of the natural kind. Some tell of mysterious beasts with piercing red eyes that resemble Big Foot. Others have encountered ghosts that haunt their every night, driving them mad with terror. Some desert towns have dealt with these anomalies for years.

Here is a list of the most popular horror stories in desert lore. You may take these tales as true or false, but whatever the case is, you can be certain that if you do venture into the desert, peril and danger will wait for you there. 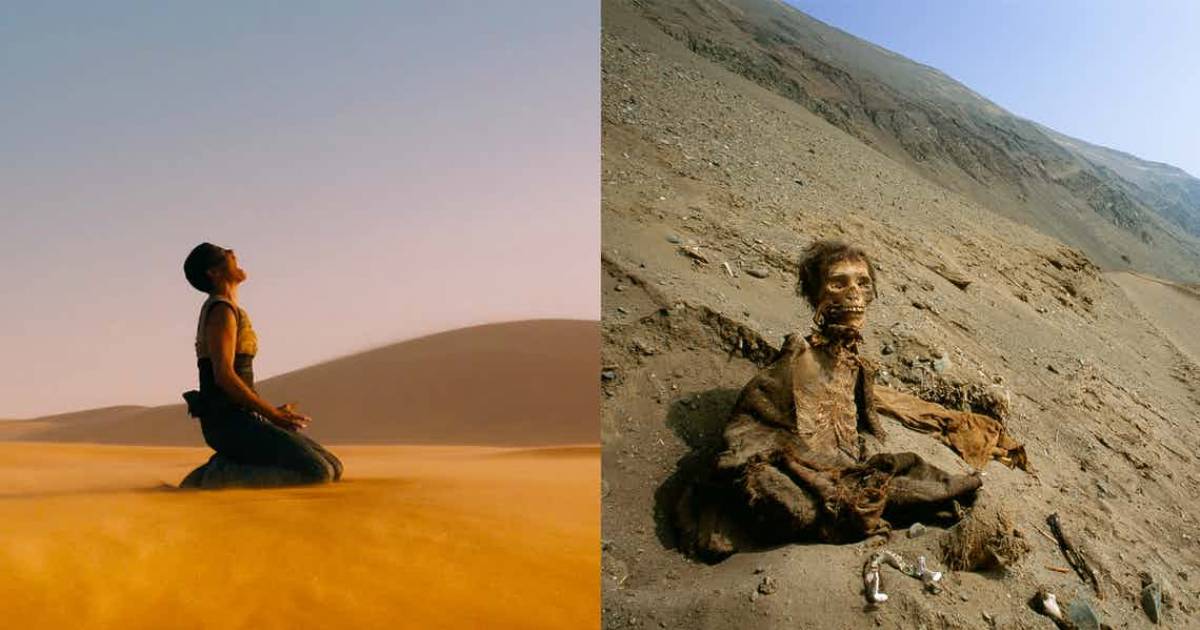 The sasquatch isn’t the only big creature that stalks its prey in the desert. In 1990, a group of teenagers were camping in the desert of Chihuahua when they stumbled across a couple of deer carcasses. The bloodied corpses seemed recent, and they had three triangular shaped perforations on their necks. The kids noticed a couple of footprints nearby that they thought belonged to a puma, since they are the most formidable predator in the area. However, those fears turned to sheer terror when they were suddenly faced with a strange humanoid creature right in front of them. The beast was hunched over, eating something 15 meters away. The apparent monster started walking towards them, when one of the teenagers emptied his pistol. The gun had no effect on the creature, so the group of kids started running for their lives. On their way, they encountered another of those mysterious beasts. They recall it being metallic green in color and only 80cms in height. 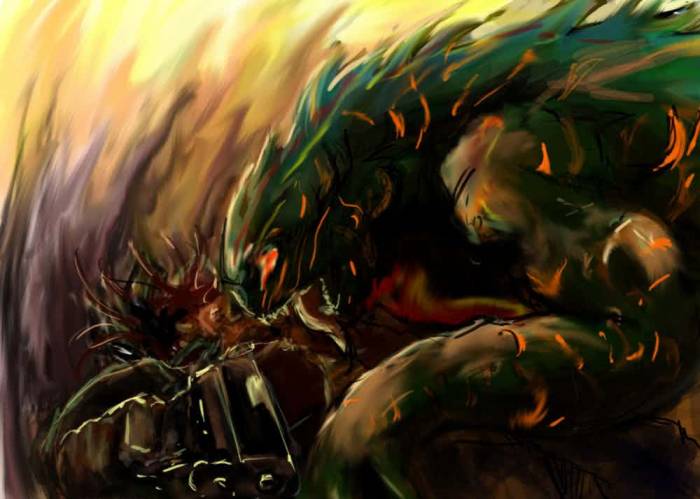 #2 Giant Snakes Of The Sahara Desert

On the other side of the world, nomads of the Sahara Desert have suffered the terror of horrific giant snakes. The tribes refer to these snakes as taguerga, describing them being up to 4 meters long. According to the nomads, the snakes ate their goats, sheep, and even camels. These snakes might have even snatched some of the locals. The nomads had so much trouble with these creatures that they asked the French for help. The French offered them soldiers to help take care of the issue, and they set out to hunt the snakes. One of these reptiles was reportedly as long as 20 meters in length and was so fierce that a machine gun was required to kill it. On another reported case, a man killed a 15-foot long snake that had horns and a crest. The man reportedly kept the skin, until he sold it to a private collector. The problem seemed to have been solved, until stories of the snakes resurfaced again in 1967, when a man in a bulldozer noticed a 9-meter-long snake along his path and decided to kill it with his bulldozer blade. In 1968, another 10-meter-long snake sighting was reported by a local, and a 15 meter one again in 1969. 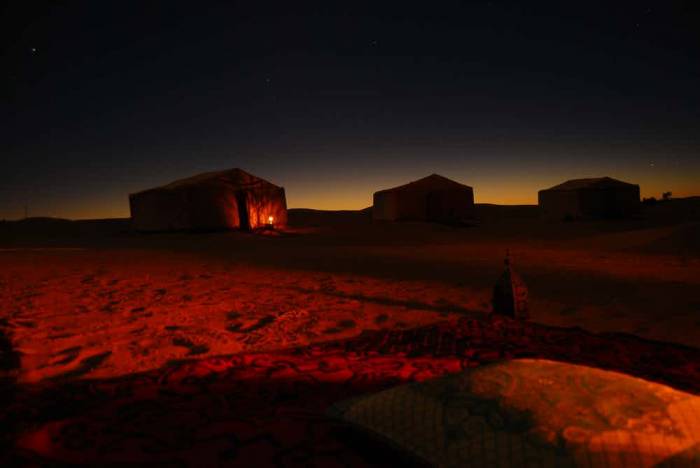 #3 The Lady in White

The deserts in California are home to many horrific tales and ghost stories. One of the most popular ones is the tale of The Lady in White. In the 1850s, a woman arrived at the Vallecito Station in the Anza-Borrego Desert, in California. She had traveled from far away and was waiting to be picked up by a stage to meet her fiancé in Sacramento in order to get married together. That wedding never took place, however. During her travels the woman got terminally ill because of malnutrition and lack of water, so she was unable to finish her trip to Sacramento. She eventually died in that station and was buried in her wedding dress in an unmarked grave near Campo Santo. Since then, her ghost walks the adobe floors, haunting the town and its people. Those who visit the place where the Vallecito Station once stood still claim to see The Lady in White pacing through the dirt in her wedding gown, waiting for her stage to pick her up. 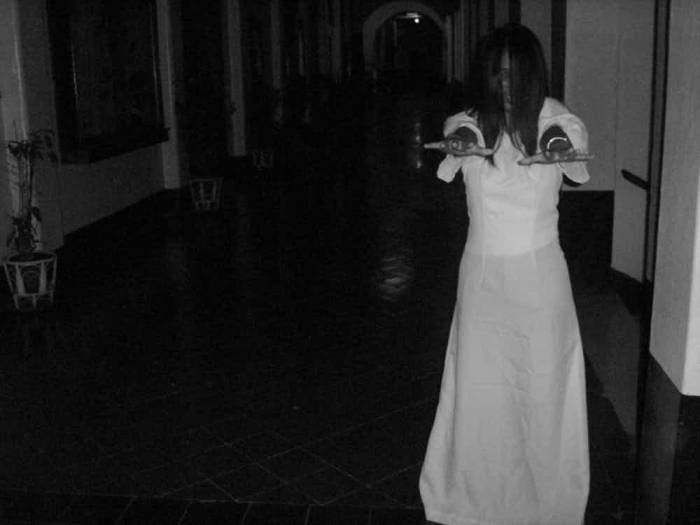 Imagine you’re camping in the desert and suddenly you come face-to-face with Big Foot. Seems like kind of a long shot, but there have been some campers who have recalled sighting creatures that resemble the legendary Sasquatch in the deserts of southern California. In the Anza-Borrego area, many reports have been made of people who have encountered a strange beast in the land. The first case ever reported was in 1939, when a man set off to camp alone in one of the dry valleys of the area. The man was suddenly awoken by not one, but a whole band of two legged creatures that lurked around the campfire. He recalls those creatures as hairy, with silver fur, and devilish red eyes that seemed to glow in the dark. Noticeably afraid of the fire, the beasts eventually kept on their way, causing no harm to the camper. 30 years later, a man by the name of Harold Lancaster told of a similar encounter with a hairy, two-footed beast who approached him in an aggressive manner. Harold fired some warning shots that luckily made the creature jump in surprise before running away. 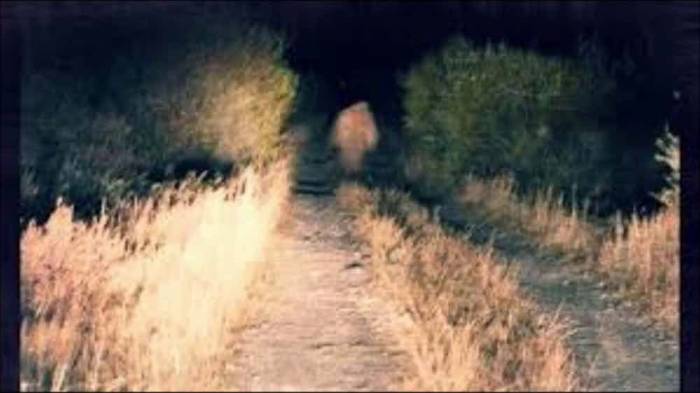 Tombstone is said to be one of the most haunted cities in America. There are a staggering number of ghost stories that have become part of the culture of its citizens. It’s cowboy territory over there, and they say that even the streets of the town are stalked by the spirits of those who have been killed over the years. One of the most notorious stories occurred in the city’s most famous spot, the O.K Corral. On October 28th, 1881, Vigil Earp and his men sought to disarm the rebel cowboys that were in his town. The confrontation ended up in a 30-second gunfight between the two factions that left many dead from both sides. Over the years, some have reported seeing the ghosts of those cowboys, who still appear with their guns drawn, seemingly locked in their confrontation with the Earps. Among the lawmen who participated in the shootout was Wyatt Earp, whose central role in the event made him a part of U.S. history. 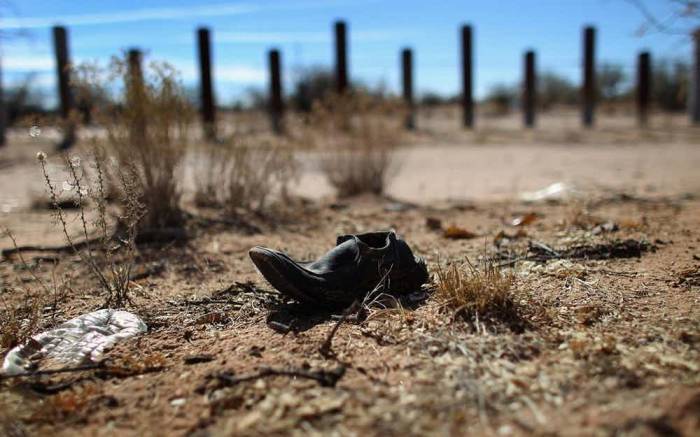