15 Creepiest Photos Ever Captured On The Subway

The subway is a breeding-ground for strange behavior. When you get so many people in one place every day, there are certain to be some weird people about, if not regular people having a weird time. You can’t control your surroundings, so the typical move is to look at your phone/book/anything and pretend you’re not uncomfortably aware of the dude who’s openly rubbing his nipples and staring into your soul. The subway is an exercise in patients, self control, tolerance and acting among other things. Riding the subway can help you grow as a person, as well as raise your standards as to what is considered personal space.

The subway is usually nothing more than a necessity. For the most part (at least in American cities) it’s filthy, filled with rats that will literally kill you if they get the chance. It’s something that we all need to take at least a few times in our lives, and sometimes it’s a daily occurrence. Hopefully these 15 crazy subway pictures will help you get through your morning commute. Just be glad you’re not sitting next to some of the people on this list. The homeless guy sleeping on your shoulder is going to look like heaven compared to some of these. 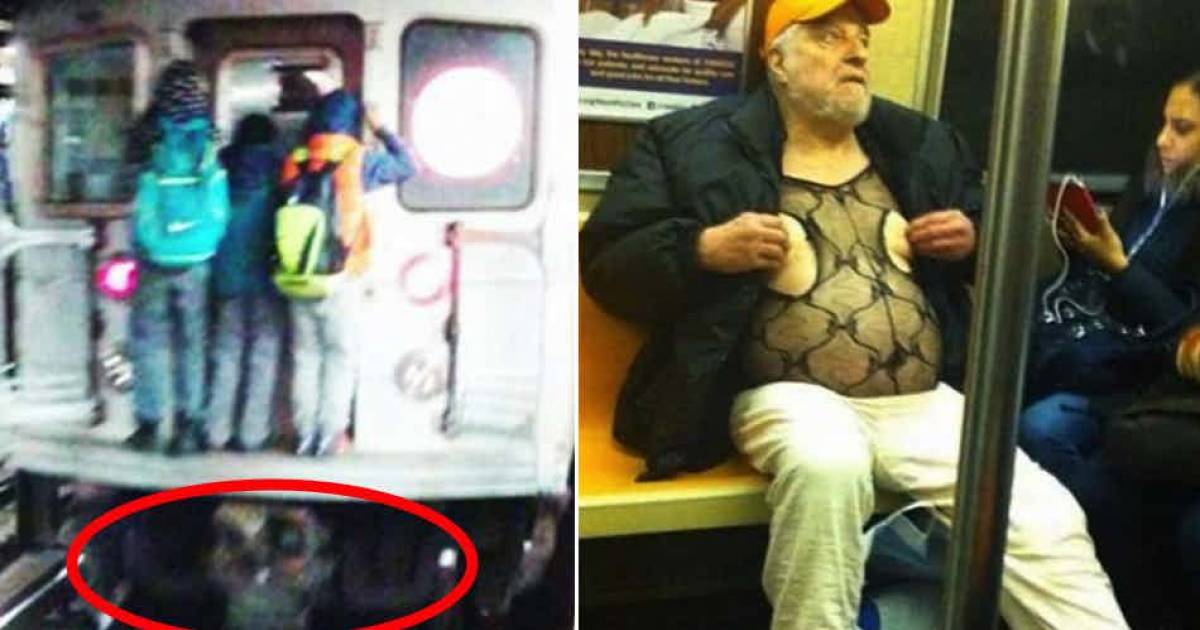