15 Haunting Images And The Horror Stories Behind Them

#5. A Wealthy Man Stealing From The Poor And Hungry

When looking at the photograph above, you can almost assume the horror story behind the photo. The young boy crawling on the ground is clearly very malnourished, probably begging for food from the well-dressed man walking away from him. The reality of the situation is actually much more horrifying. The photographer of this image is Tom Stoddart, a photojournalist. He stated that the man walking away in the photograph is actually a well-fed Sudan man who stole the food he’s carrying from the boy in 1998, when there was famine in the area. 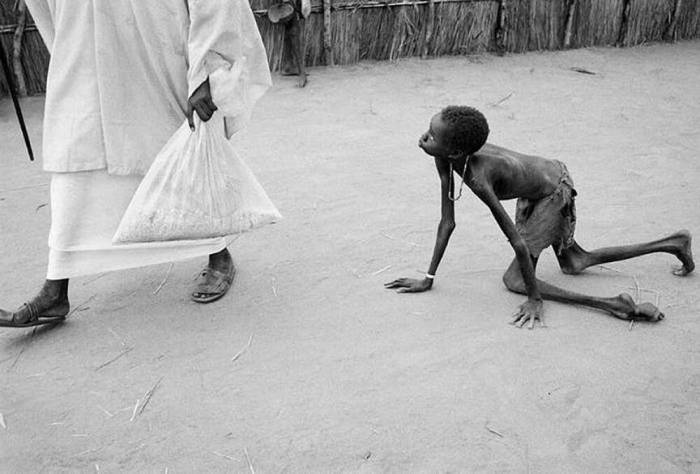 A photograph like this can be infuriating for several reasons. Obviously, we want to just take the food from the man and give it to the child, but does the man have children at home that he needs to feed? What will the hungry boy do for food for the next day? Unfortunately, the solution to this photograph isn’t simply giving the food back, and that is the true horror.

This photograph is truly one of the most terrifying on the list. Imagine walking down a street and rounding the corner only to see this amount of people staring at you! There isn’t much that could be considered quite as frightening. Who knows who could potentially be behind the mask, and why are they wearing masks in the first place? Fortunately, the people behind the mask are innocent and are only civilians living in Miyakejima, Japan. 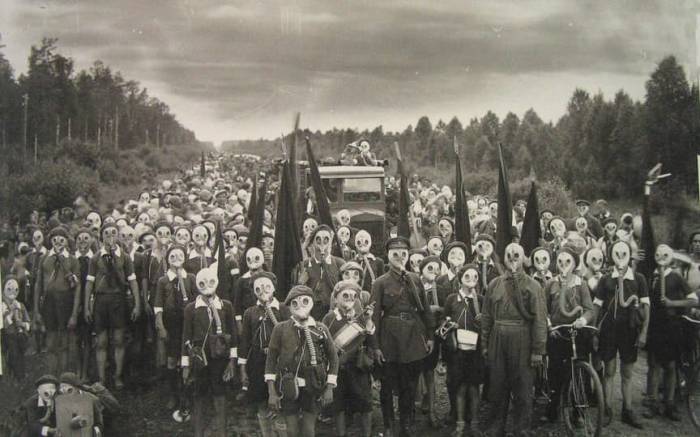 The island is filled with volcanoes that emit poisonous gasses, causing their residents to be forced into wearing these masks. For some time, the island was off limits. However, many residents and tourists still wished to frequent the island, so access was allowed. If you visit, you can see cars, schools, and other historic relics that have been damaged by the erupted volcanoes and hot lava. Would you wear a mask to visit this island?

#7. The Final Embrace Of Two Men Who Had No Way Out

The tragic photograph above was taken just moments before these two engineers lost their lives. Moments before the picture was taken, four crew members were working on the wind turbine when a fire suddenly started. Before they knew it, they were engulfed in flames. Lucky for two of the crew members, they were able to escape, with the other two being trapped. They were just coworkers, but the two still hugged for some of their final moments. 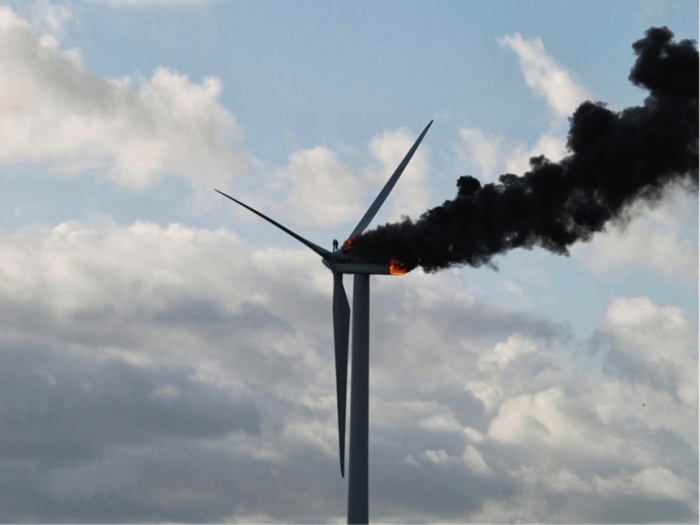 One of the two seen in the photograph above had decided to try to live one last time and jumped to his death, the other hoping for rescue before it was too late, but unfortunately succumbed to the fire. In their final moments, the two had to decide if they wanted to die by falling or by burning, a truly tragic scenario that hopefully none of us will ever have to make.

#8. The Old Way To Restrain Someone In An Asylum

Nowadays, hospitals have countless regulations and rules in order to keep people safe from harm and aide them in their recovery. Unfortunately, things haven’t always been this way. There was a time when we knew very little about the world around us, meaning we barely had any idea what to do or how to handle things in the medical field. Experimentations and using different methods are the only way we got to the successful level we are now, however, it’s truly terrifying to see a medical image like this out of historic context. 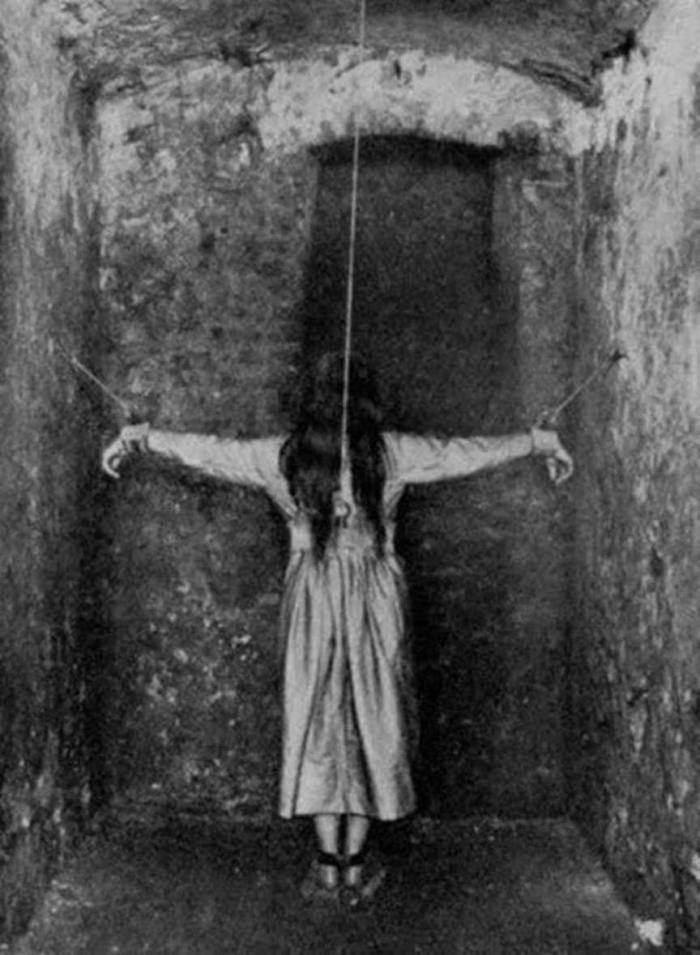 This used to be the normal way to restrain a hysterical patient. Instead of keeping them strapped down in a bed or sedated like how we do today, whoever took the photograph felt the best way to keep this poor, mentally ill, young woman secure from hurting herself and others was to keep her tied up to a dirty wall.