During the vice-presidential debate on Friday, an actual fly landed comfortably on Mike Pence's head and when I say comfortably I mean to say that the fly stayed on his head for two whole minutes! Well, the glorious and hilarious moment was captured on TV, and needless to say, Twitter had a field day with the video clip.

These funny tweets will guarantee to leave you laughing loudly if not rolling on the ground. Enjoy! 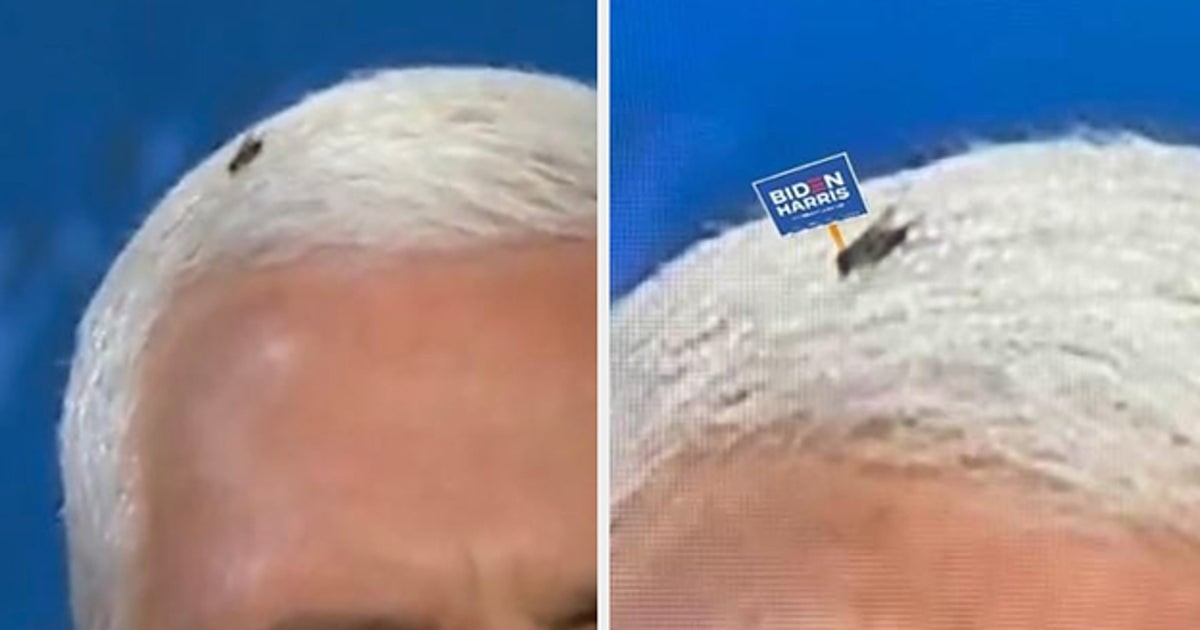 Two minutes is a whole lot of time for Twitter to roll up their sleeves and get into action!

fly on his head cause he a shit head

That is a whole lot of time

If that fly laid eggs in Mike Pence's hair he better fucking carry them to full term.

I sent the fly

I sent the fly.

I want him to know it was me. pic.twitter.com/J8qlzr8b8j

I’m not saying he’s an alien but I never seen a bug sit so comfortably on anyone since Men In Black.

Looking at its comfort level...we bet it did

The fly just signed with CAA.

Flies right now in the US: stand back and standby pic.twitter.com/bdFeZctJ58

[email protected] fly would you be interested in an interview on my Instagram live? you’d be an iconic guest pic.twitter.com/XgXb76L124

Wonder how he felt looking at the clip

I wish I was backstage just so I could hear this exchange:
“How’d I do? What are people saying?”
“There was a fly on your head for a really long time. It’s mostly that.”

It sure left its impact

Me watching the debates seeing a fly land on Mike Pence’s hair pic.twitter.com/mspEBbqhSo

Won the best volunteer award...I mean what better way to attract an audience then letting a fly sit comfortably on your head on national TV