People these days seem to underestimate the real value and artistry that photography can bring to the table, as it is practically “time-travel made simple”; within the span of seconds, anyone can capture and encapsulate any moment, whether significant or casual, anywhere and everywhere, essentially stopping time within the eye of the camera. It can transport us to important past events and moments in history that would otherwise be impossible to achieve without its aid.

Whether it’s for those who want to don rose-tinted glasses once again, or for others wanting to learn from our accomplishments as well as our mistakes, this landmark invention has done countless wonders for humanity. That is, until your mother shows your fiancee those baby pictures you thought you destroyed years ago. Then it suddenly becomes a lifelong quest to destroy the camera menace.

But even the most mundane photographs can introduce an entirely different set of emotions when the curtain reveals what happened behind the scenes. From photos taken moments before tragedy, to snapshots that give us more questions than answers, there are some splinters in time that very few would want to revisit when given the proper context of the situation. This is merely a handful of them. 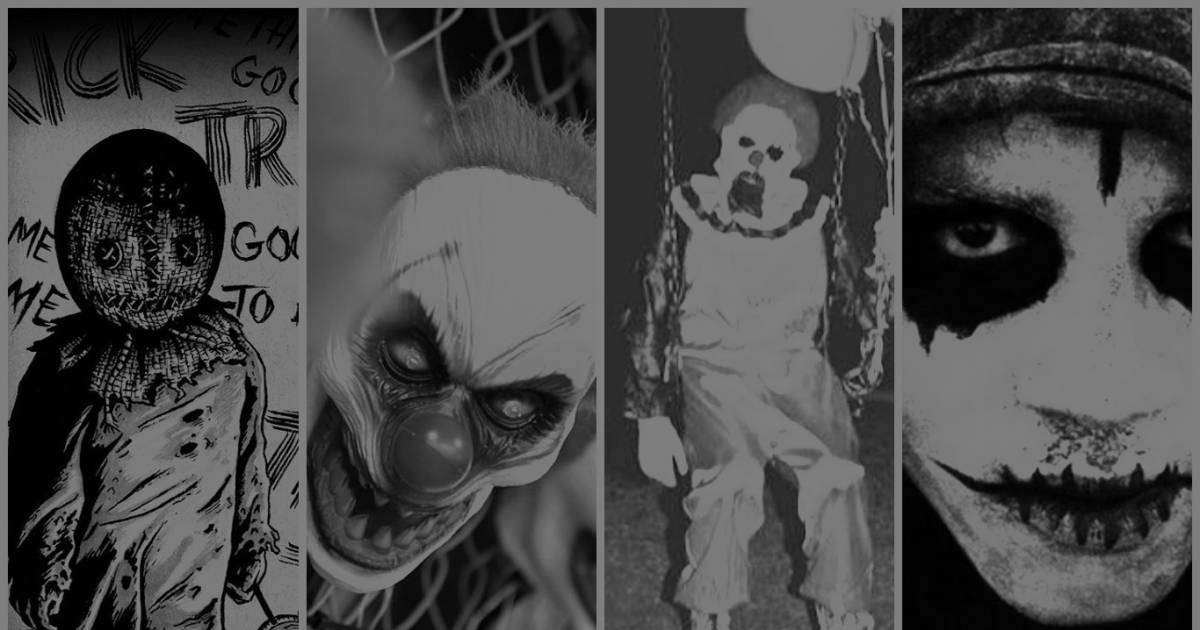 This picture showcases a party of worn out and seemingly defeated explorers in the Antarctic, all of whom having been seared by the severe temperatures (averaging around -90 degrees F), undoubtedly plagued with frostbite, and bearing a heavy aura of failure. These were the members of the Terra Nova Expedition, helmed by Captain Robert F. Scott of the Royal Navy, their ambition being the first men to reach the South Pole, not knowing that a group of Norwegians had already beaten them to it by a month. This moment on camera would also be their last, as they would eventually succumb to the unforgiving wilderness only a few hours later.

What makes this photo even more grave and unsettling was the final journal entry of Captain Scott, detailing his dire situation before expiring:

“Every day we have been ready to start for our depot 11 miles away, but outside the door of the tent it remains a scene of whirling drift. I do not think we can hope for any better things now. We shall stick it out to the end, but we are getting weaker, of course, and the end cannot be far. It seems a pity but I do not think I can write more. R. Scott. Last entry. For God’s sake look after our people.”

Only a few bodies of the crew were recovered. 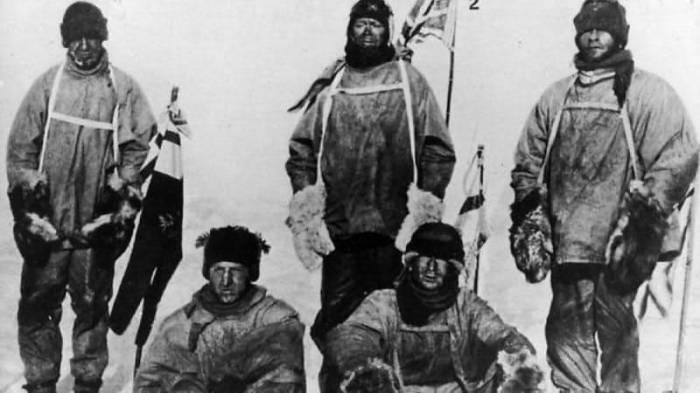 David A. Johnson was a volcanologist for the United States Geological Survey agency who was sent to the state of Washington to observe the seismic activities of Mount St. Helens. He volunteered to take the place of another scientist and man their outpost, one that was a mere 6 miles from the massive volcano. This casual picture of him kicking back and relaxing by his trailer was taken only 13 hours before his death.

On May 18th, 1980, Johnson and several other scientists noticed abnormal events surrounding gestating within the volcano, prompting the anticipation of an eruption within minutes. When it finally did, it released a massive wall of hot gas and debris that tore through the forest at supersonic speeds, reaching Johnson’s post within seconds. Before being enveloped by the chaotic blast, Johnson managed to send out his final words to his fellow workers:

“VANCOUVER, VANCOUVER! THIS IS IT!”

His radio then went silent, and his body was never found. 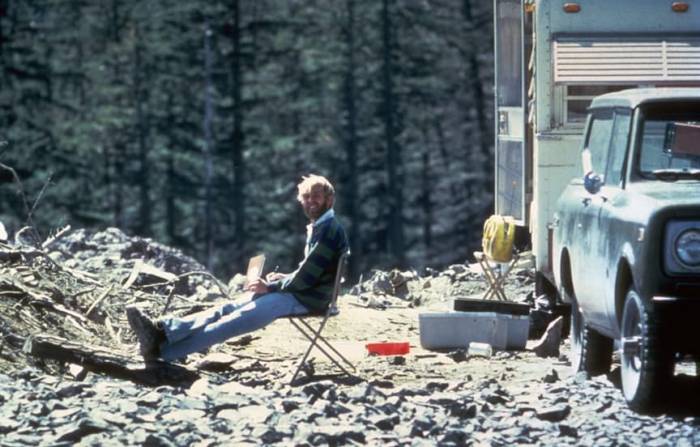 At first glance, one would assume that this is merely a child at school drawing odd shapes during recess. Upon closer inspection, the tangled lines seem to form some sort of warped hallway; the child looking towards the camera with an eerily blank face and piercing, vacant stare. Given the opportunity, one would ask the obvious question: What is this drawing?

To which the child would reply, “Home”.

This is a photo of a girl named Tereska residing in a housing complex for disturbed children drawing her aforementioned “home”. The erratic scribblings resemble the endless fences and coils of barbed wire of a Nazi concentration camp where she was sent to. This image imprints a tragic and obvious fact into our memory: Physical scars may heal and fade, but the wounds of a ravaged mind do not. 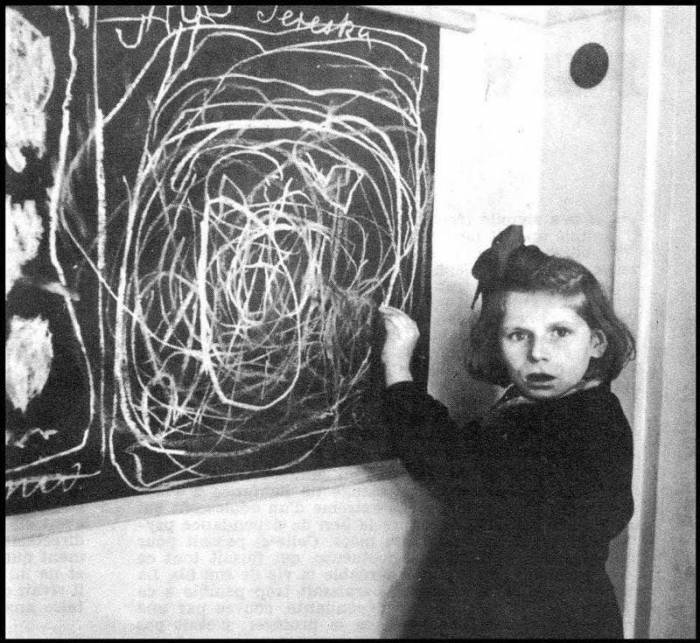