15 Of The Strangest Customs From The Ancient Roman Era

Posted by Editorial Staff in History On 4th March 2017
ADVERTISEMENT

Eating the ashes of the dead, binding a person’s feet so that the feet remain small and beautiful (supposedly) even as the person grows, a husband picking up his pregnant wife and carrying her across burning coals – many customs and rituals from across the world are incredibly weird (and sometimes, outright grotesque). Some of the weirdest customs come from old civilizations and old empires. In this, as in many other things, the Ancient Roman Empire often takes the cake.

Go through this list and you will quickly discover that the Romans indeed led the way in the race to develop the most elaborate and, by our modern standards, weird and shocking rituals and customs. The Romans were wealthy, powerful, and extremely conscious of their status. They also loved socializing, partying, and displaying their wealth and power. At the same time, they were very superstitious.

To add to all of this, they had a huge empire. Such a large empire needed lots of rules and regulations in order to hold it together and ensure that it does not quickly fall apart. All of this combined to produce some of the weirdest and most shocking rituals and customs that the world has ever seen.

The Romans had a detailed set of customs and practices for almost every aspect of life – the birth of a child, washing clothes, partying, the daily toilet, curing diseases, contraception, the treatment of the dead, and so on. Read on and see for yourself just how weird Roman customs could get. 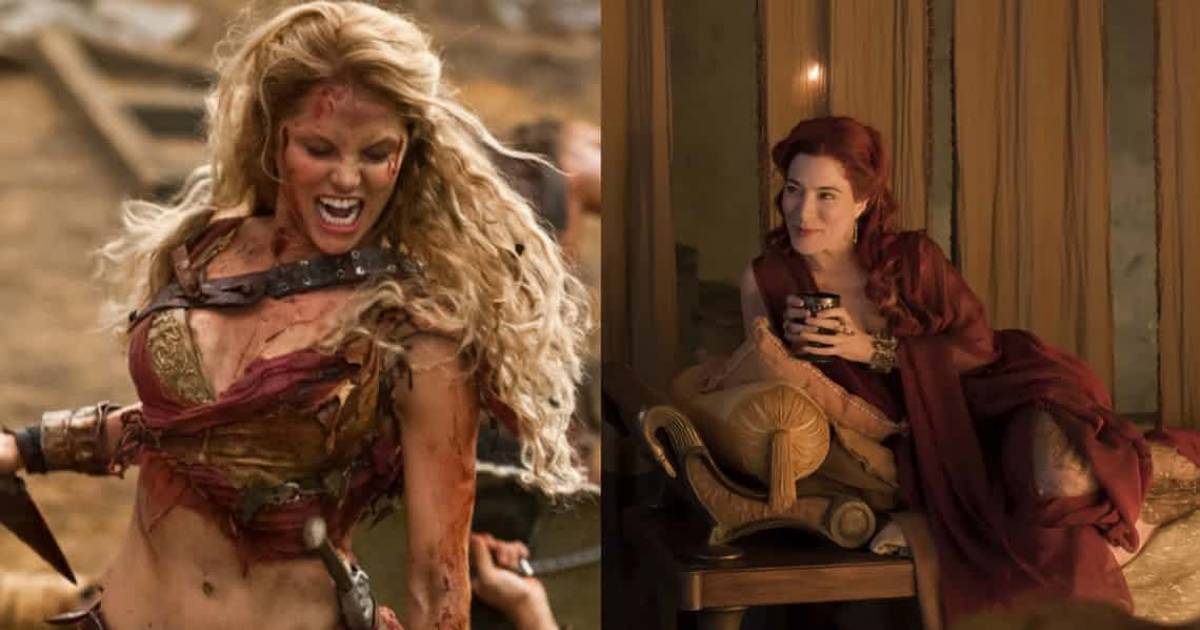 #1 Urine Was Used To Clean Their Dirty Clothes

As gross as it sounds, the Romans indeed used urine to wash their clothes. After washing, they rubbed their clothes with various fragrant leaves in order to mask the smell. Soap was not used by the Romans. Instead, they used urine because the ammonia in the urine did a good enough job of cleaning their clothes.

Lye was sometimes used to wash clothes. However, lye was rather expensive and most Romans could not afford it. Hence, they collected urine from all over the town in establishments known as fullones – the Roman equivalent of modern launderers. This urine was then used to clean their clothes.

Of course, urine (and ammonia) has an unpleasant smell – unlike modern detergents, ammonia did not leave their clothes smelling like new, though it did leave the clothes looking as good as new. To get rid of this stench, they would then rub bay leaves (or other sweet-smelling leaves) on their clothes. 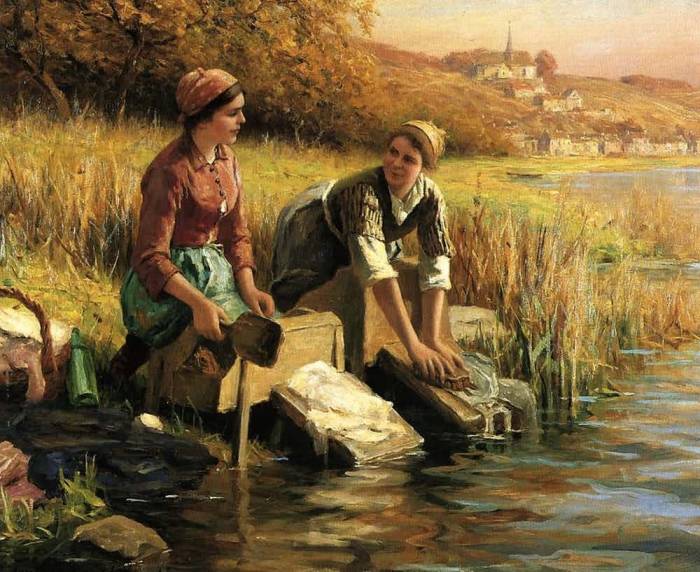 The Romans were extremely superstitious and correspondingly, they had a grave fear of diseases and infirmity of any kind. Gladiators often used to be in the prime of their health. Indeed, it was often said that gladiators were lion-hearted. The Romans believed that gladiators, literally, possessed the soul of a lion.

As a result, it was believed that consuming a gladiator’s blood could cure many diseases, including infertility, epilepsy, etc. Ancient Roman physicians often recommended that their patients should consume a gladiator’s blood in order to reinvigorate themselves and become healthy again. 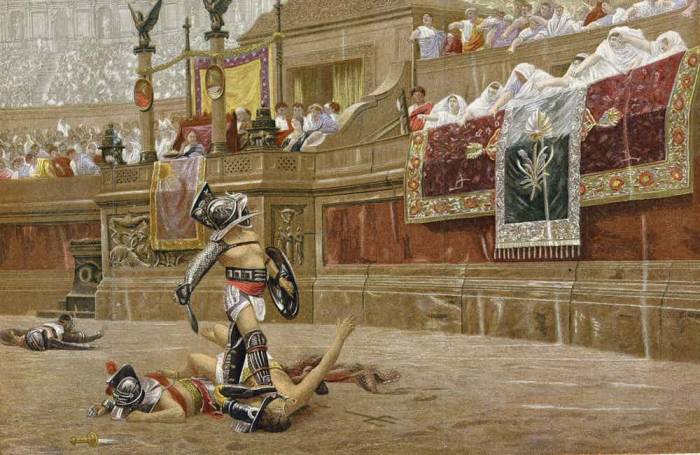 How often have you been to a party that was so good that you just did not want to leave? Yet, our human bodies have limited capacities to eat or drink. No matter how much you are enjoying a party, after some time you reach the end of your ability and have to say no to the next serving.

The Romans too were just like us in this regard. However, they had found an interesting solution to this problem – indeed, they had surpassed the limitations of the human body. Their solution – eat and drink as much as you can, then induce vomiting to free up some space in your limited stomach, and then eat and drink some more.

The Romans loved partying and they used to indulge in long banquets. Attendance in these feasts was a sign of social standing. Further, the ability to eat and drink more was seen as the mark of a great man. Hence, the Romans came up with this ingenious solution. 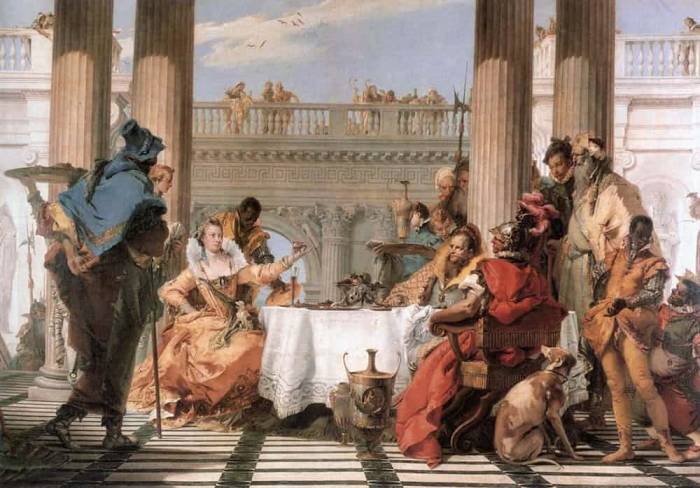 #4 Phalluses Were Used As Lucky Charms On Necklaces & Door Frames

As we have seen, the Romans were extremely superstitious. Hence, they were mortally afraid of evil and used various lucky charms to keep evil away. A common Roman practice involved wearing phalluses as pendants on necklaces in order to ward off evil. Similarly, they would also use large phalluses as wind chimes and hang them on doors and door frames. 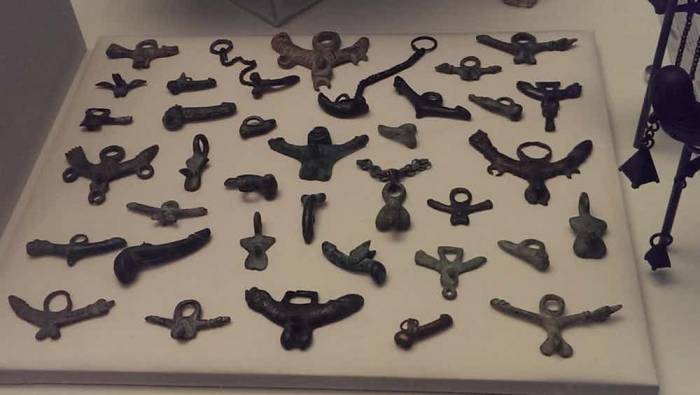