15 Rare Pictures Of Stephanie McMahon You Need To See

Posted by Sama in Sports On 26th January 2017
ADVERTISEMENT

Aside from what we see on-screen, Stephanie lives one hell of a life outside of it. Not only is she a mother of three, but she’s also one of the most powerful faces in the company serving as the Chief Branding Officer. With that title, Stephanie is required to promote the WWE on a large scale. What that means is meetings, meetings and more meetings with investors interested in helping to promote the company globally. As one can imagine, she lives the busy life.

In this article, we’ll dive into her life by taking a look at some of the rarer photos from her life. Whether it be photos of her as a child, working as Chief Branding Officer or just chilling with her kids, these pictures are a rare look into the life of Stephanie McMahon. With that said, let us begin and take a look at 15 rare pictures of Stephanie McMahon that you need to see. Enjoy! 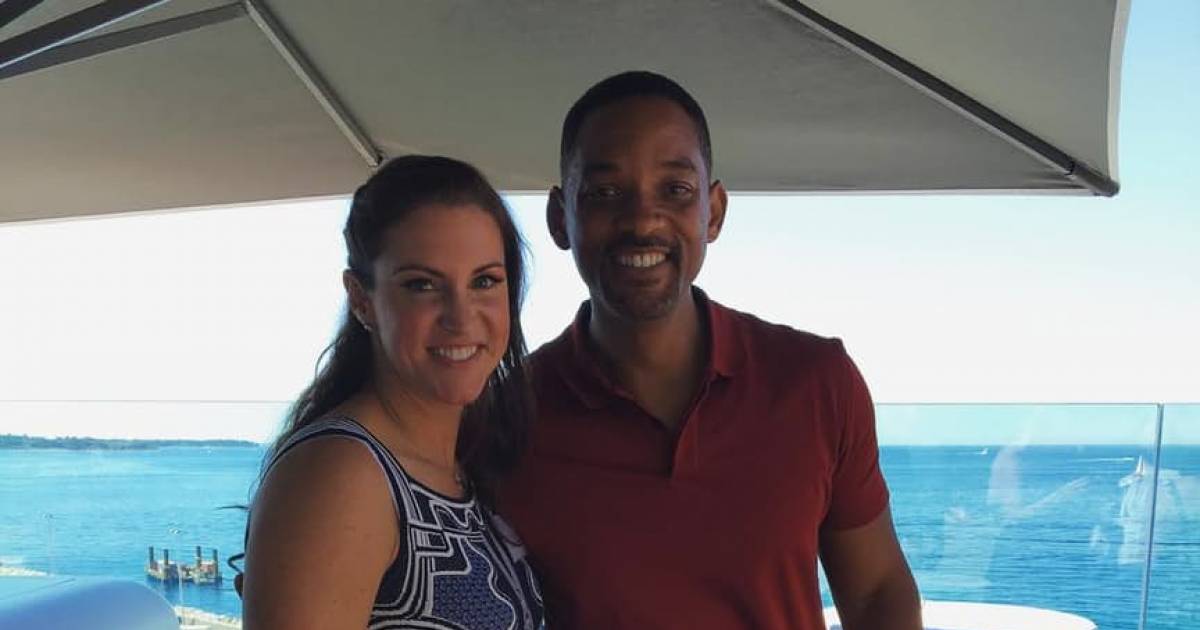 Aren’t we all suckers for a rare family photo? Well, this one certainly fits the bill and sees a rare throwback of the McMahon family before fame caught all four of the family members. Stephanie, was born in September of 1976. For those of you that love factual info, McMahon attended Greenwich County Day School and joined the WWE as early as 13 appearing in catalogues for the company as a model. 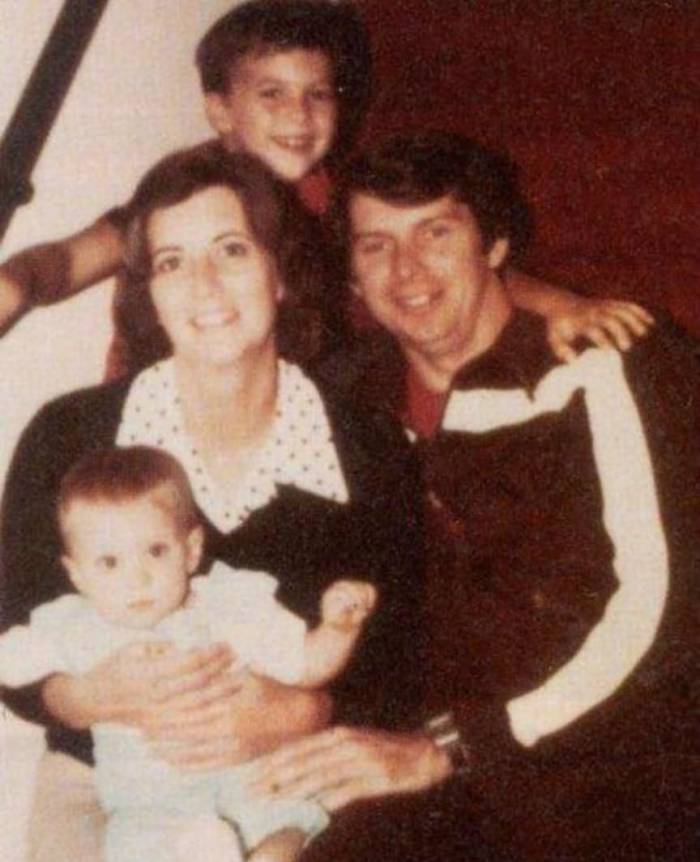 Her family encouraged an education and that’s exactly what Steph got gradating out of the University of Boston with a degree in Communications. She would start working for the WWE as a receptionist in 98’ and by 99’, and thanks to Vince Russo, she was thrust into WWE storylines. Her role would continue to increase with the company and today, she’s regarded as one of the most powerful faces in the world of sports and entertainment. You truly believe once Vince calls it a day, Steph will most probably be the perfect replacement for the position.

#2. Giving Her Bro Some Love

This is another rare photo showing a young Stephanie and Shane embracing in a nice family moment. Although the headlines would love us to believe that the two really despise each other in real life, that couldn’t be further from the truth and you’d be pretty silly to believe otherwise. Yes, the two have different views on the business but at the end of the day, they’re brother and sister who truly love each other. Shane stated his love for Stephanie on his podcast interview with Mick Foley, ending the speculation. 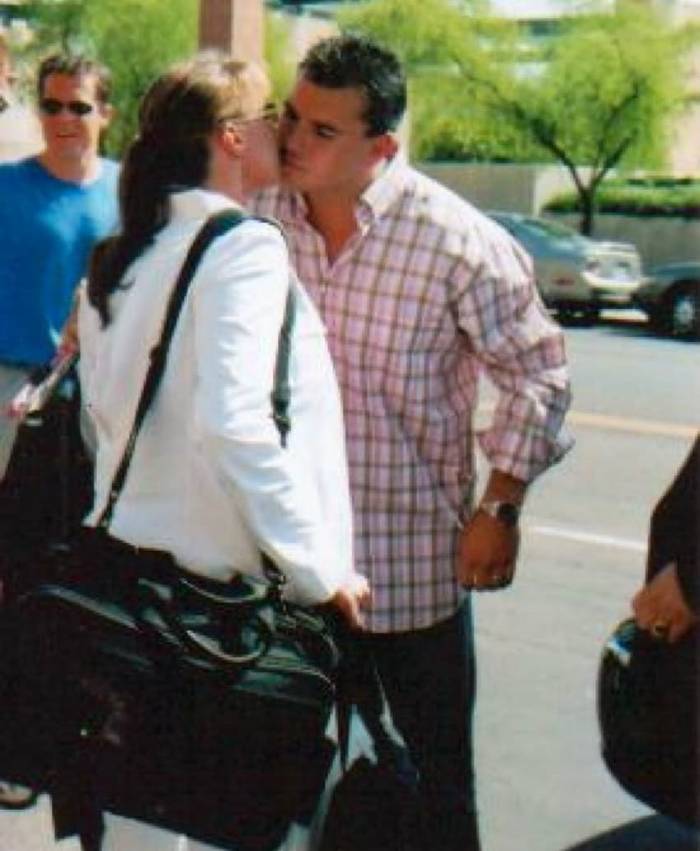 Bret Hart added to the controversy claiming there truly is tension between the two sides, although some believe that tension is more so between Shane and Hunter than anyone else. It remains to be seen what the future holds for both McMahons who share different views on the business. Shane’s all about the edgy content while Stephanie wants to keep things clean while publicizing the WWE on a global market. As for which view is correct, it seems like Stephanie’s at the moment given the direction the company seems to be headed in.

#3. A Rare Group Photo With Chyna

Unless you were living under a rock, you know the history between Chyna and Stephanie McMahon. Pictures of the two together in the same setting are quite rare, so let’s take a moment and really soak in this image that was posted by former WWE Diva Debra, via her Twitter account.

The photo features a young looking Stephanie McMahon with Triple H towering over her. Oddly, Chyna wasn’t standing next her former man and was featured front and center in the photo all by her lonesome. Was that a foreshadowing type of pic? Possibly. 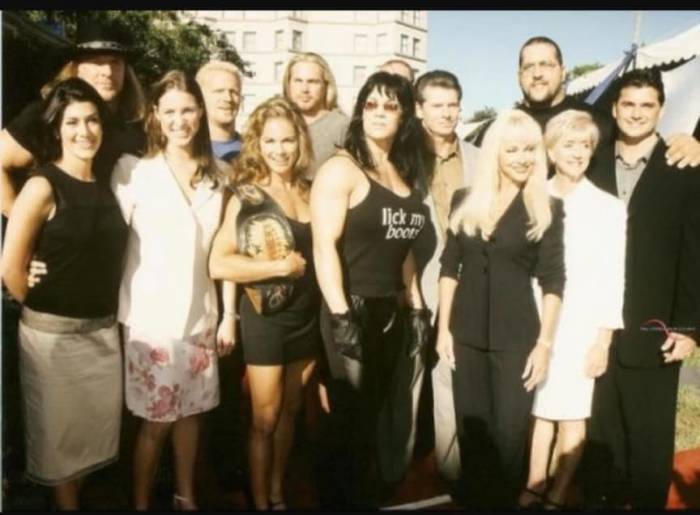 Others in the picture include Shane’s wife, who is standing next to her future sister-in-law Stephanie, along with the Big Show’s hand on the far right which looks to be the size of Shane’s entire body. Props to the late Chyna for her epic Lick My Boots t-shirt. What it probably should have said was Eat My Fist (referring to Hunter and Stephanie, either or).

#4. The Early Days With Mick Foley

Stephanie posted this gem of a photo on her Instagram account. Rightfully so, the rare picture gathered close to 30K likes on her social media account. The picture sees a young Stephanie McMahon alongside the hardcore legend himself, Mick Foley. At the time of the picture taken in 2000, Mick had reinvented himself becoming the Commissioner of the WWE replacing Shawn Michaels. Much to everyone’s surprise, Foley took the role to new heights and is still regarded as one of the very best WWE Commissioners of all-time. 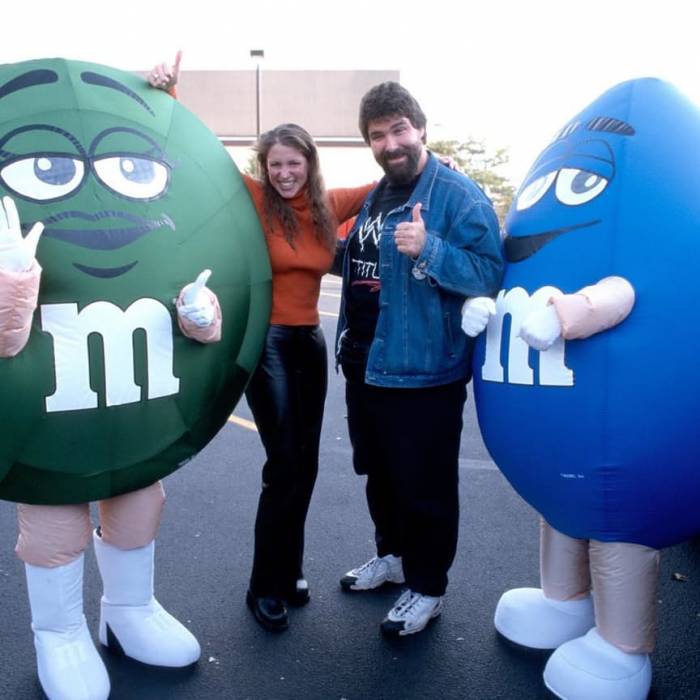 As for Stephanie, she was still that shy little girl at that point just starting to get exposed in front of a live television audience. Stephanie references herself in the picture as the “girl with the shy smile”. Without a doubt, she’s come a long way since the days of this picture. Both are reunited today serving as the GM and Commissioner of Raw.

#5. Behind The Scenes With Her Man

Love them or hate them, Steph and Triple H are the WWE’s power couple. The two began together on-screen with the McMahon-Helmsley Era becoming a pair of the most hated heels during the hottest time period for the WWE. You can make the argument, that no male or female has been a better heel than Stephanie, especially when it comes to the microphone. Without a doubt, she’s a natural. 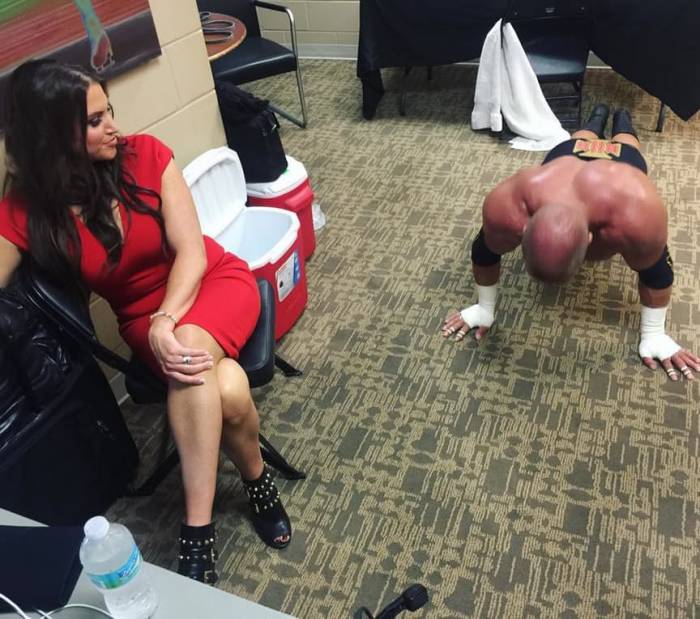 Still today, the couple are on top of the wrestling mountain. This time, the couple is enjoying success away from the ring as Stephanie is the Chief Branding Officer of the company, while Hunter continues to do a fabulous job down in NXT paving the way for the future of the business. This picture, taken last year, shows Hunter lacing up the boots for a surprise appearance in the Rumble match. Stephanie is by her man’s side during the calm before the storm, watching her hubby in amazement with his glorious physique and fantastic tan lines.