If you still find it hard to believe that climate change is real, then these images will open your eyes. 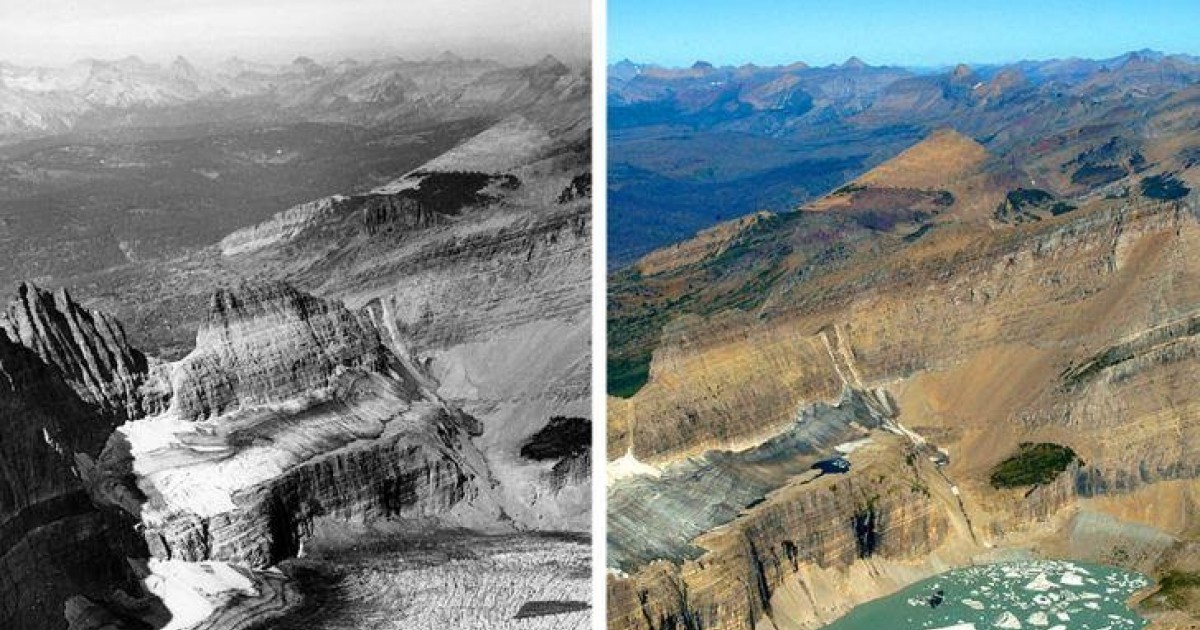 Global warming… hoax or reality? Even in 2020 with all the latest technology and satellite images to prove climate change, there are still many who believe it’s a hoax. Cities are flooding, rivers are drying, glaciers are melting, forests are burning, oceans are polluted and wildlife is being extinct rapidly, all as a result of our actions and so-called ‘progress.’ And we don’t have a second planet to inhabit and leave this one to its misery.

While scientists have alerted both the public and policymakers to the dangers of continuing or increasing the current rate of carbon emission, policy proposals intended to curb carbon emission and thereby mitigate climate change have been resisted by a notable segment of the public. Some of this resistance comes from those not wanting to incur costs or change energy sources (i.e., the carbon-based energy industry). Others oppose policies intended to address climate change for ideological reasons (i.e., they are opposed to the collectivist nature of the solutions usually proposed). But perhaps the most alarming and visible are those who oppose solutions to climate change because they believe, or at least claim to believe, that climate change is not really happening and that climate scientists are lying and their data is fake.

According to the U.S. Global Change Research Program, “the amount of CO2 in the atmosphere has increased more than 20% in less than 40 years, owing largely to human activities, and representing well over 50% of the total increase in atmospheric carbon dioxide since the onset of the industrial revolution.” This increase in carbon levels is raising earth’s surface temperature, which is also known as global warming.

So before this change becomes irreversible, and way beyond any hope of return, we must take immediate action and play our part to save our beautiful home; our blue planet.

The Pedersen Glacier in Alaska 100 years ago versus now. 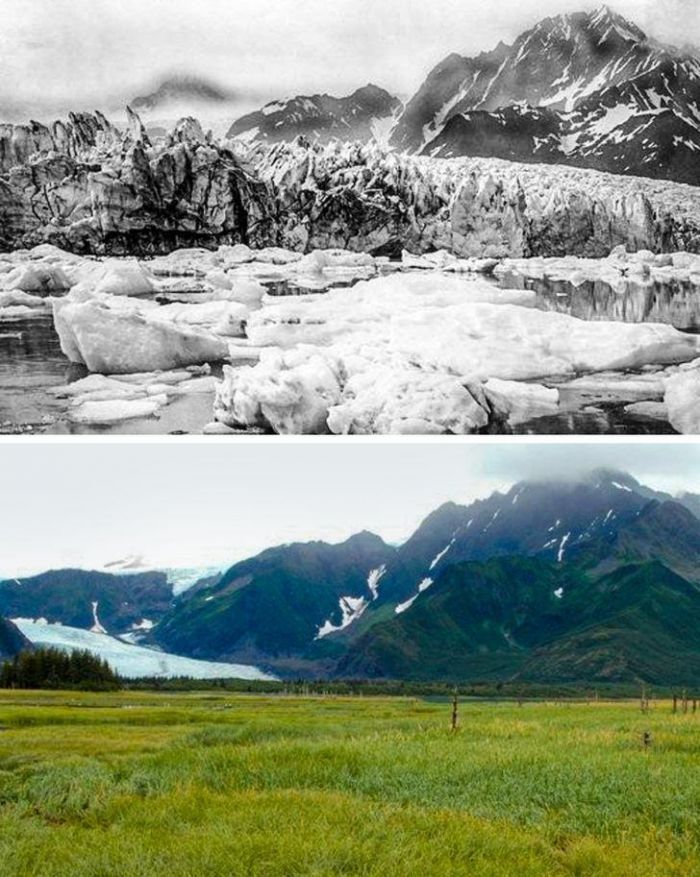 The flooding rates have almost doubled 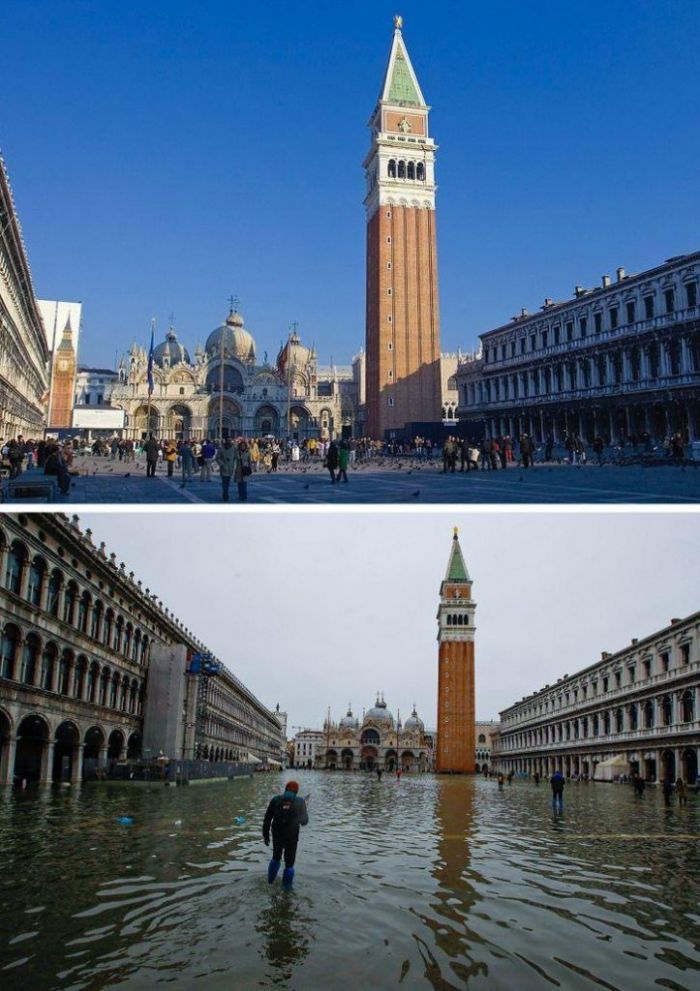 Global warming has resulted in an 89% decrease in new coral formations at the Great Barrier Reef in Australia. 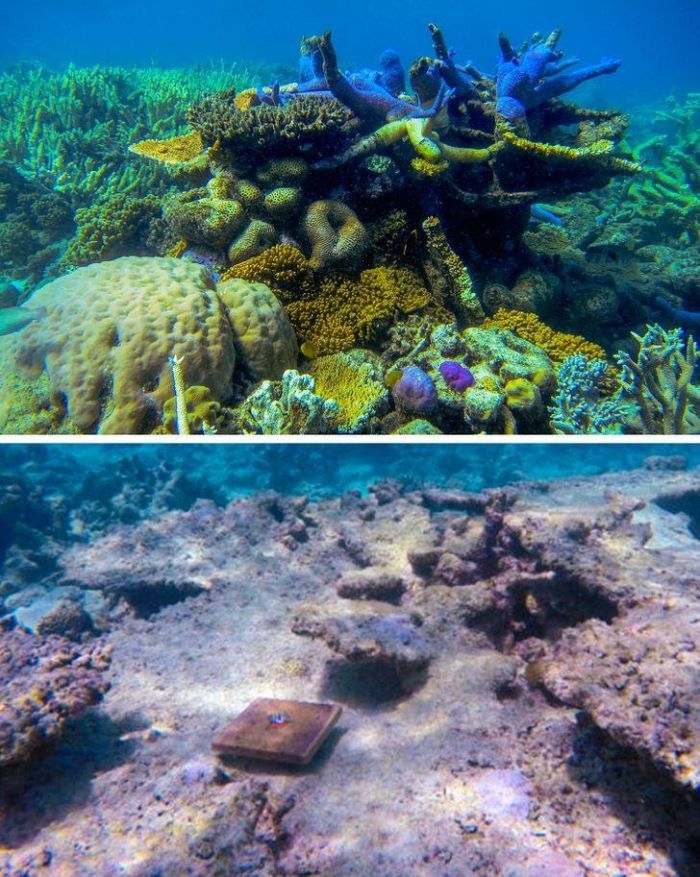 The Aculeo Lake in Chile – six years ago versus now. 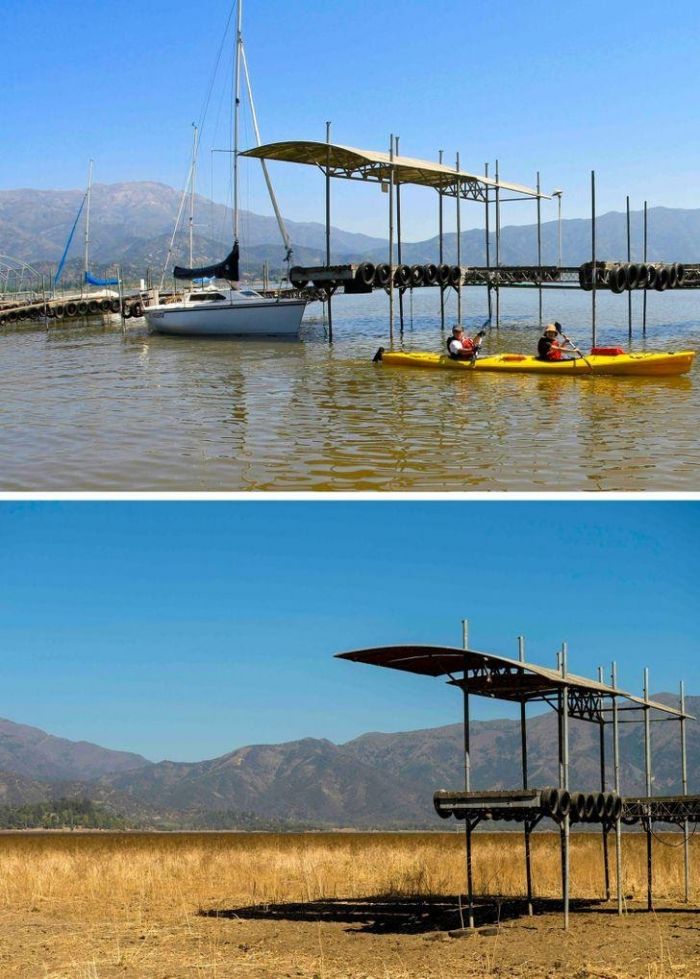 This melted glacier has become a sea. 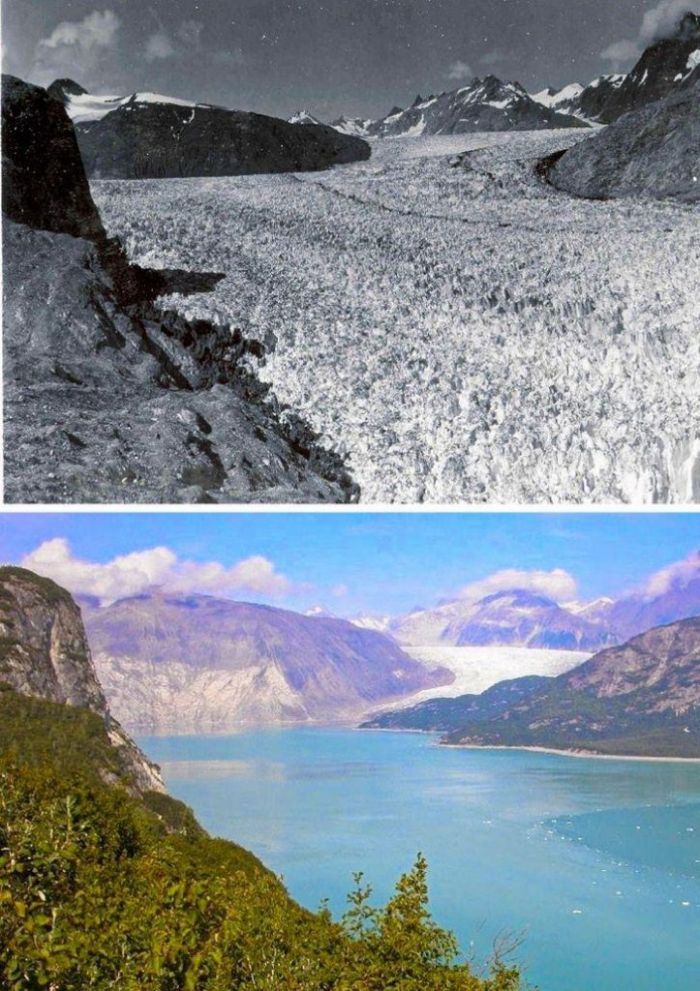 Lake Urmia in Iran has turned red and is on the verge of drying up completely. 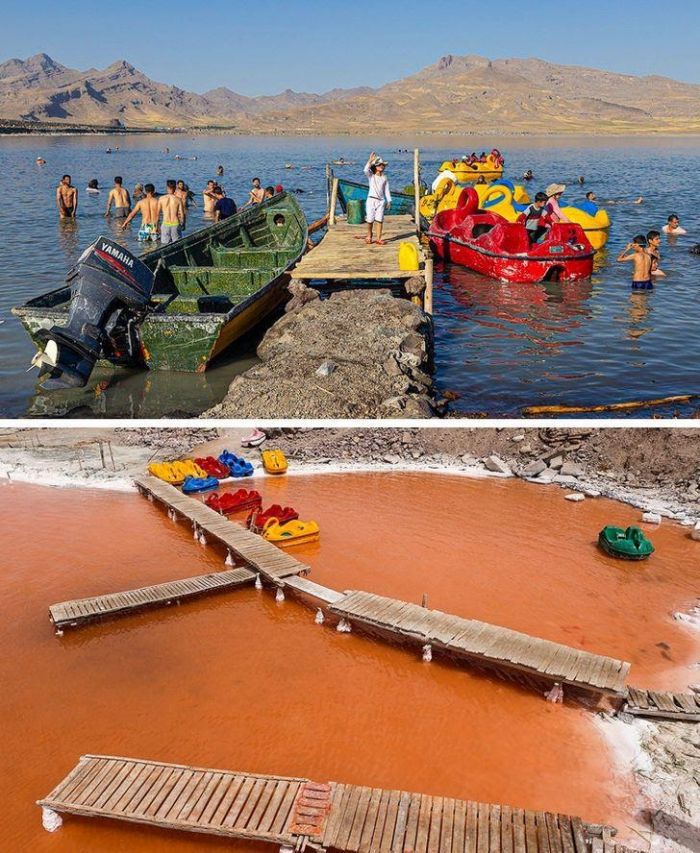 The flooding of the Mississippi River 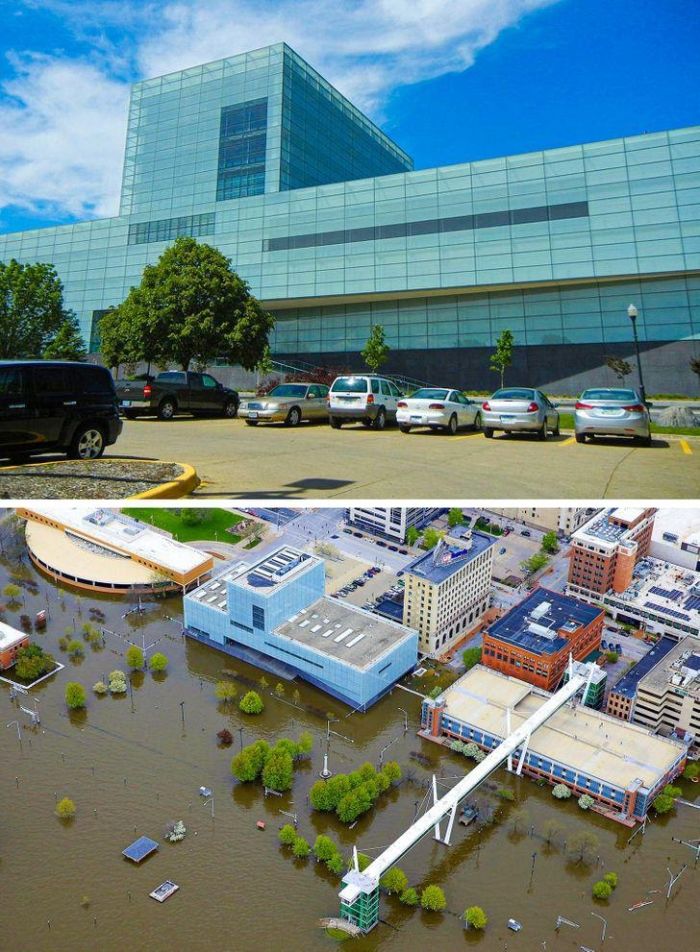 Victoria Falls: then and now 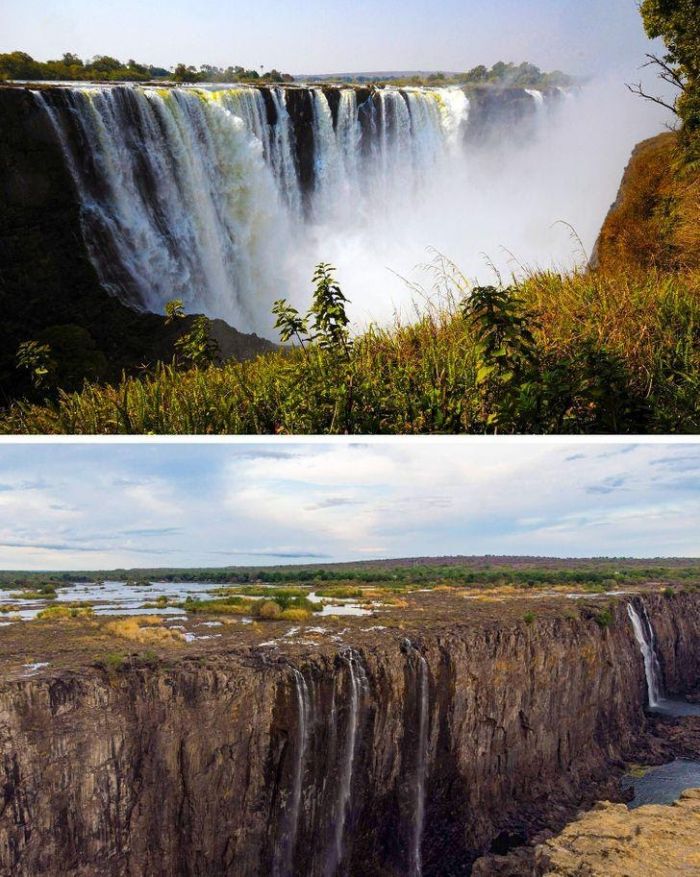 Iceland’s Okjokull glacier within one year 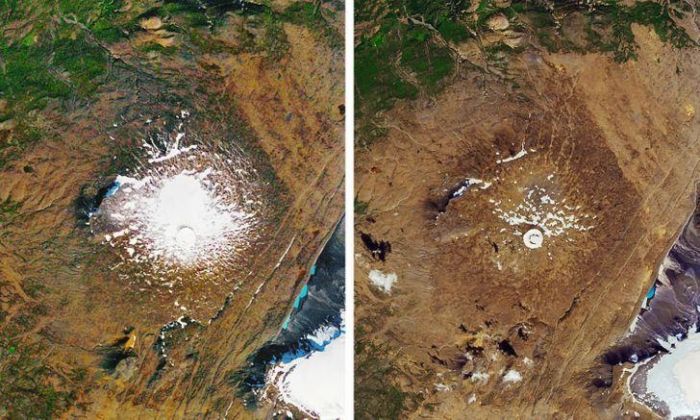 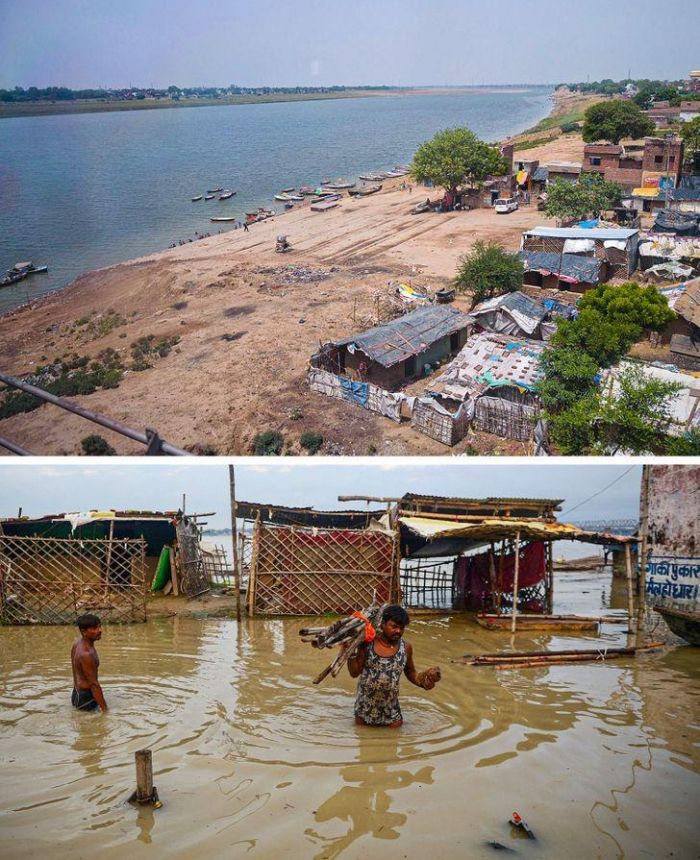 Amazon Forest: before and after wildfires. 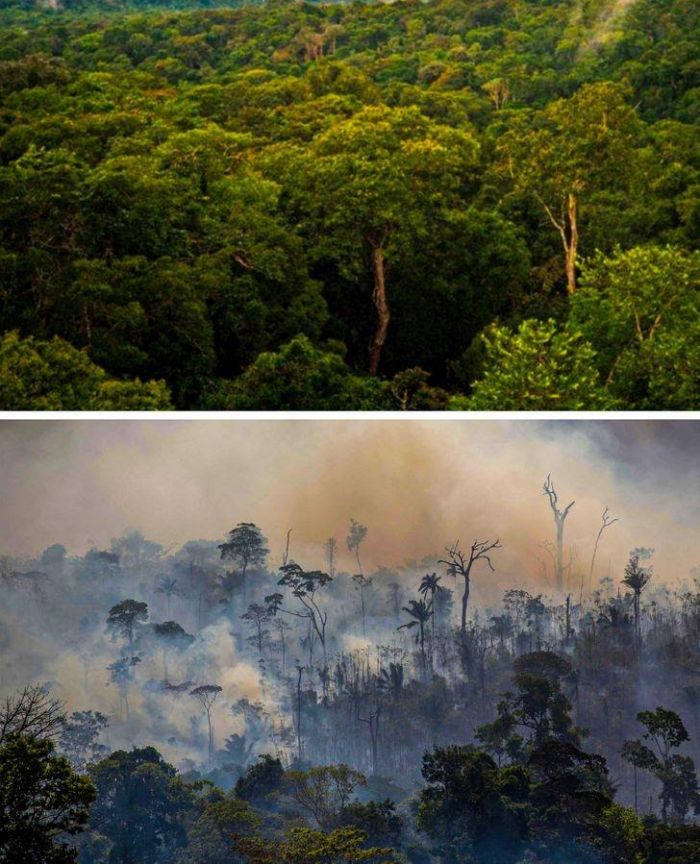 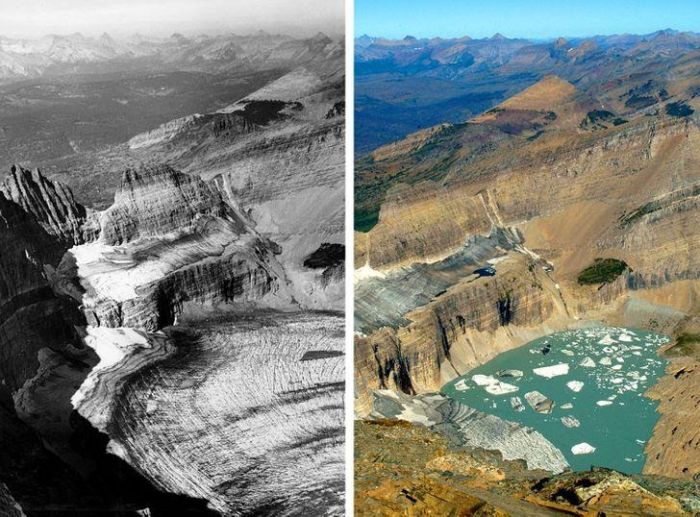 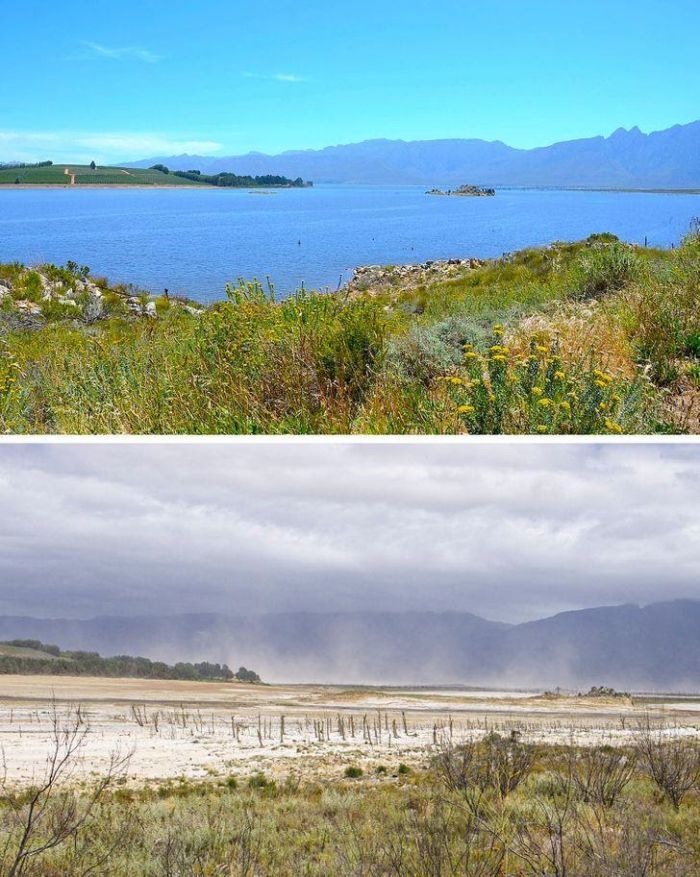