15 Times The Mafia Got Its Revenge

Posted by Editorial Staff in History On 27th September 2017
ADVERTISEMENT

Stories about the Italian mafia has been a constant source fascination and the inspiration for books, films, and true crime documentaries for years. Even though they’re often portrayed as rise-and-fall stories, the mafia lifestyle has been romanticized and glamorized when we think The Godfather movies, and Martin Scorsese’s Casino and Goodfellas. The fascination with gangsters has shown little sign of slowing down in recent years, with huge hits like The Sopranos and Boardwalk Empire on our television screens.

Despite them being very violent shows where the outcomes are not always positive ones for the characters we grew to love, it is still very easy to get caught up and feeling inspired by the money, power, and lifestyles they lead.

While pop culture helped add a certain amount of mystique to the mafia and their lifestyle, it’s easy to forget the blatant brutality in the way they have operated for over one hundred years. The most obvious difference is that real lives are lost, innocents get caught in the crossfire, and the families of those involved feel the repercussions for years to come. Here we take a look at 15 important figures in that mafia that show that a life of crime can often have a less than a glamorous ending for those who cross their peers. 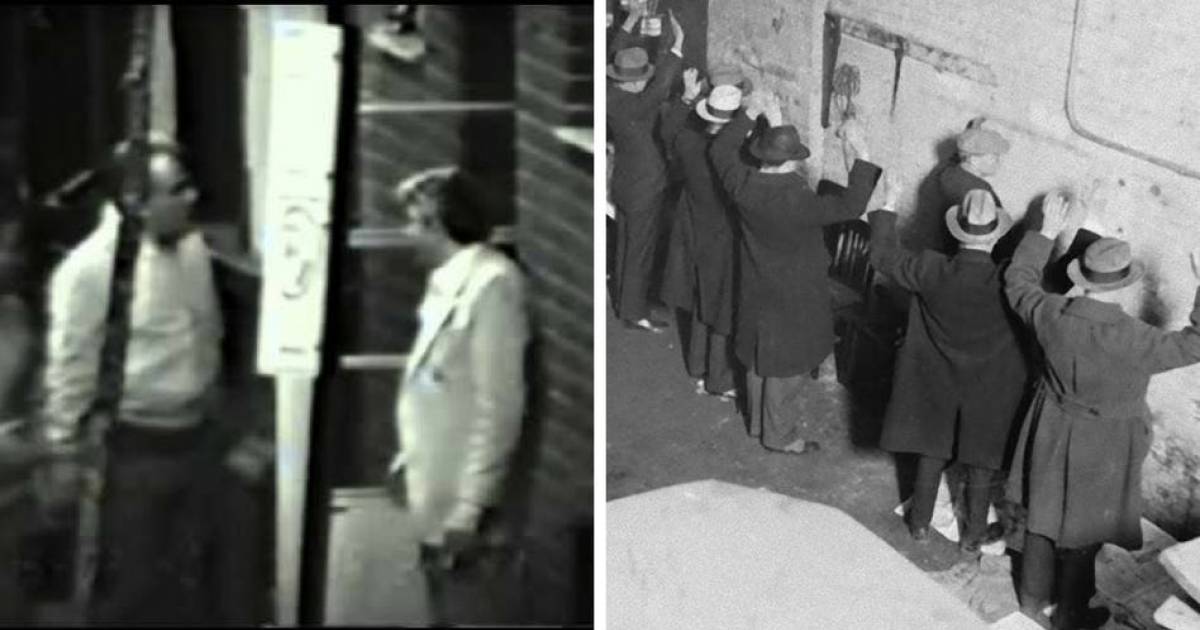 #1 Bugsy Siegel – A Failure In Vegas

Benjamin “Bugsy” Siegel was a Jewish American gangster that was one of the original members of the infamous Murder, Inc., a national crime syndicate of organized crime families that brought power to the criminal underworld. He’s also one of the most culturally referenced mobsters of all time with his life being adapted to the big screen in Bugsy when he was played by Warren Beatty, and Michael Zegan in Boardwalk Empire.

On the night of June 20, 1947, Siegel was found dead. Although the crime has never been officially solved, many experts have concluded that The Syndicate put a contract on Siegal’s life because he stole from the mob and his excessive spending put his Las Vegas gaming operation out of business on his first attempt. 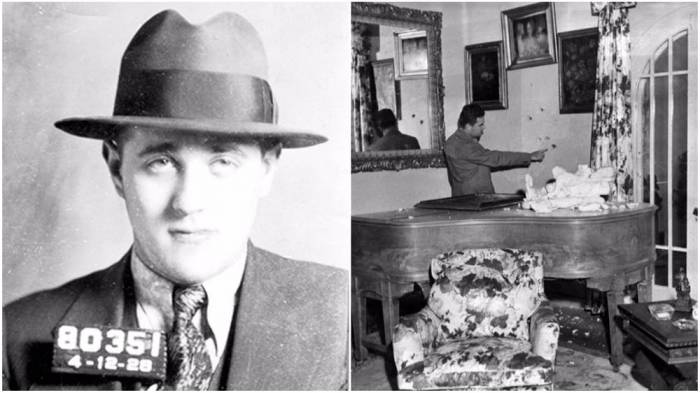 The Musitano crime family is a ‘Ndrangheta Mafia organization that operates in Hamilton, Ontario, Canada. Their main rivals Papalia crime family. In 1997, the Musitano brothers Pat and Angelo ordered the hits of Papalia crime boss Johnny Papalia and his right-hand man, Carmen Barillo, in a dispute over gambling money. After the hitman confessed, the Musitanos were sentenced to 10 years for their part in the crime.

Almost exactly twenty years after Papalia passed away, Angelo Musitano was found in his driveway.

Apparently, Angelo Musitano left behind the life of crime and found God, but as this incident proves, even when you’re trying to lead a normal life after being a high-ranking member of the Mafia the past has a way of catching up to you. 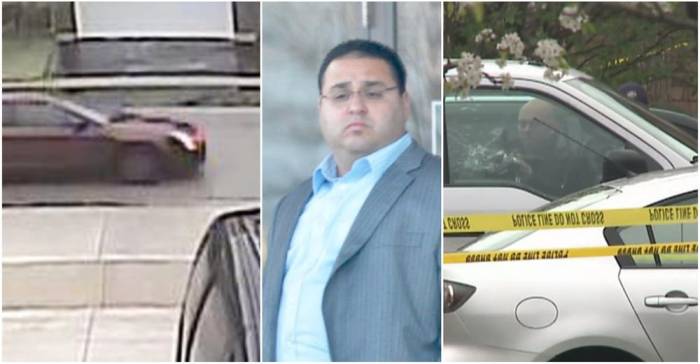 #3 Antonio Caponigro – He Went Against The Commission

Antonio “Tony Bananas” Caponigro was the consigliere of Angelo “The Gentle Don” Bruno, whom he also ordered the “finishing” of. Apparently, Bruno’s preference to finding a peaceful solution with The Five Families over control of the lucrative gambling opportunities in Atlantic City didn’t go down well with Caponigro. As a result, Caponigro organized the murder of “The Gentle Don” under the assumption that the contract was sanctioned by The Commission (The Syndicate).

However, Frank Tieri, the Commission member who organized it with Caponigro, denied any involvement. As a result, The Commission ruled that the attack was unauthorized and they sentenced Caponigro to death. 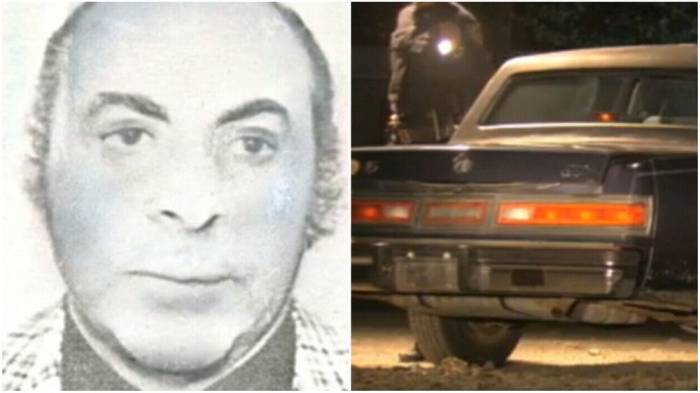 “Machine Gun” Jack McGurn is an enforcer, former boxer, one of the key members of Al Capone’s Chicago Outfit, and allegedly one of the men involved in the planning and execution of the St. Valentine’s Day Massacre, despite getting his wife to be his alibi for the entire day.

Despite seemingly getting away with the crime, McGurn’s life seemed to spiral out of control. He was arrested for a separate offence, and as a result lost everything, his money, homes, and cars.

A day after the seventh anniversary of the St. Valentine’s Day Massacre on February 15, 1936, McGurn was assassinated by three men in the Avenue Bowling Alley in Chicago. The unknown men left a Valentine card next to his body with a poem that read:

“You’ve lost your job, you’ve lost your dough, Your jewels and cars and handsome houses, But things could still be worse you know… At least you haven’t lost your trousers!” 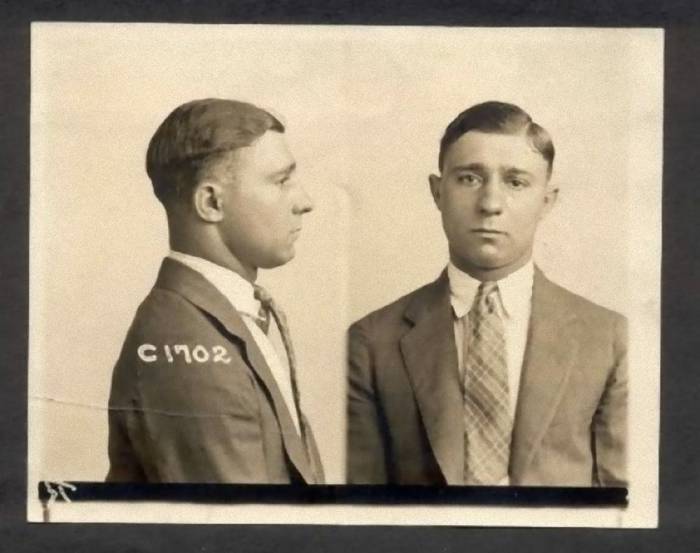 #5 Mob Widow – Testified Against The Mob

In the coastal city of Taranto, Italy, on March 2014, 3-year-old Domenico Petruzelli, his mother Carla Fornari, and her partner Cosimo Orlando were forced off the road in their family car. They were found by police, and the police believed that members of the Sacra Corona Unita, a mafia organization from Puglia, were to blame.

It is likely that Carla angered the mafia by testifying against her husband’s murderers in 2011 when she was still pregnant with Domenico. Unfortunately, like many others with the courage to stand up to the mafia, things didn’t end well. 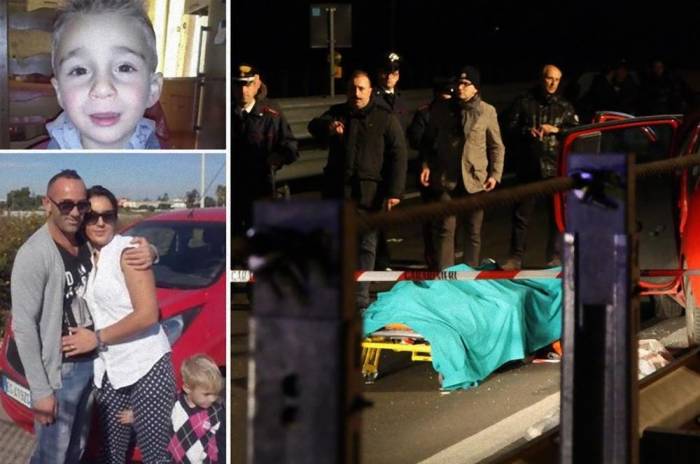