A lot of unusual things happen to people on the daily and they never manage to come up with any logical explanation to them no matter how much they try, most people choose the easy path and assume that it was caused by something "paranormal" and that some alien or supernatural entity used whatever magical powers they possess to cause this thing to happen. Unfinished horror stories are usually the scariest because they leave you wanting more and wondering how something so unorthodox managed to happen. 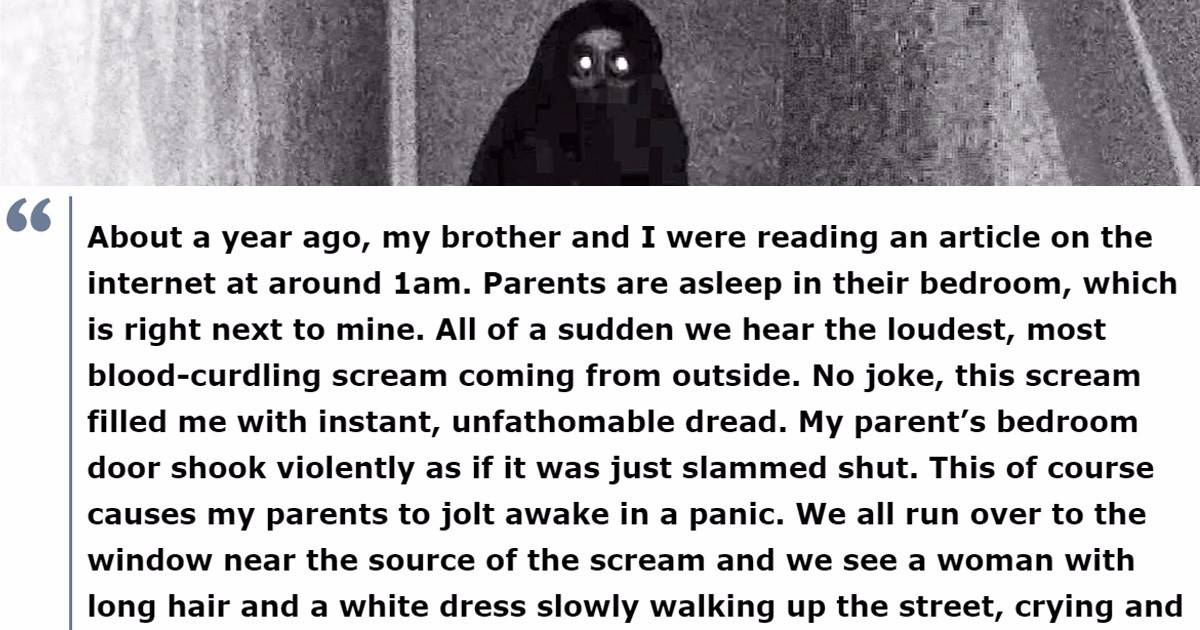 Two years ago I had a horrible case of the flu. I remember going to bed on the third day of my sickness and as far as I can remember went straight to sleep.

When I regained consciousness I’m sitting against a tree, 1.5 miles into my favorite hiking trail on a widows peak that overlooks the Illinois river at about 9am.

I have no recollection of getting there, but it’s a 35 miles drive most of which is on a winding pig-tail of a road. Most of the trail is either steep, along sheer cliff, washed out(read no real trail) or a combination of all three. I don’t even know what possessed me to go out there. The only clue I have is that at around 11pm the night before I wrote “I go to seek a great perhaps…” on facebook which suggests that I did this at night which is even more disconcerting as my only flashlight was at home. 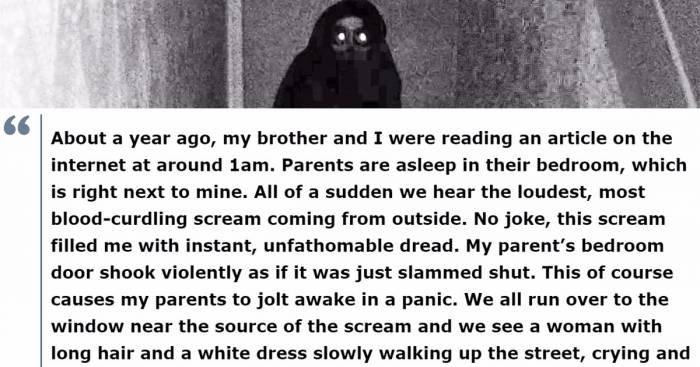 My grandfather had two older sisters, both lived in different parts of India. One day when I was visiting the elder of the two sisters out of nowhere she says, that her younger sister is in trouble. Within 15 minutes we get a phone call says that the younger sister was hit by a car and passed away. I was very young at the time so I couldn’t figure out what happened, only when I was told the story did I realize how creepy it was.

When I was 12 I had this really bad bike accident that required surgery. We had this babysitter who would watch us during the summer when we were off school. She was elderly and we hadn’t gone to see her in quite sometime as this happened in early spring. Anyway, on the way to the hospital after said bike accident we get a call from babysitter’s husband asking if I am ok and to tell us babysitter had passed away. In her dying breath she told her husband “Something really bad is going to happen to withloveenya, when I pass I want you to call and make sure she is ok.” Yeeeeah. 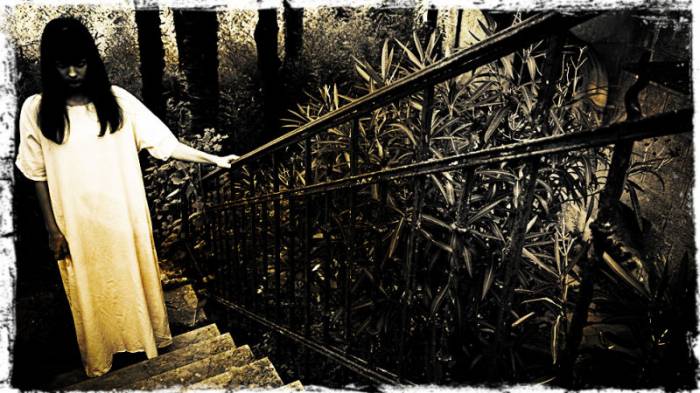 In 1998 I was in an old hotel in Florence with a friend. Our beds were at the top of a small staircase.

It was the middle of the night when I woke up to the sound of the stairs creaking and opened my eyes. I saw my friend in his bed and a silhouette of a person on the stairs. I saw the figure slowly creeping up the stairs and thought to myself : a burglar! I am going to scare this asshole!

I readied my watch underneath the covers and when he got to the top of the stairs I hit him with the watch light. But in the light it was clear there was no one there.

I turned the light off and sure enough that burglar was climbing the stairs again. I again readied my watch and this time I was sure I was too fast for him to escape but in the cold blue light there was no one there.

This game went on for a while, me forcing him down the stairs and him creeping back up in the dark.

Eventually I decided I was going to throw a book at him in the dark, but when I did, it went right through him. He finally got to the top of the stairs and started going back down.

Convinced now that this burglar must simply be an optical illusion, i went to sleep.

The next morning however my friend asked me, “dude, why were you going up and down the stairs all night?”

When I went to sleep, (I have no health problems) I had a dream that I was being kidnapped and the kidnapper stabbed my leg. I woke up in agony, with a little bit of blood trickling down my leg. I still don’t know what happened. 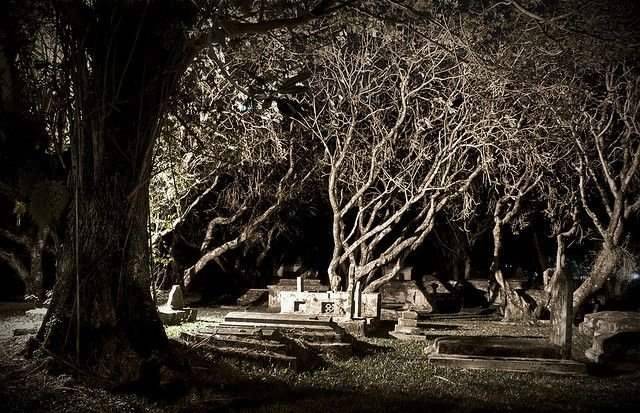 Similar thing happened to my friends family. His dad and a few of his buddies has gone on a skidoo trip. My friends family were all eating dinner together and my friends grand-mother (the mother of his dad) suddenly said “Something is wrong with [friends dad].” Turns out he fell off a cliff on his skidoo and broke his back.

When I was younger I would lay in bed awake for a while after it was my bed time. Sometimes I would think, other times I would sneak reading or something.

This time I was thinking about my dad and I started crying. Sobbing really. “They’re going to get him, they’re going to hurt my daddy.” My little hysterical fit ended when I fell asleep and I didn’t think of it until years later until after he was murdered.

Sometimes I wonder if I should have warned him or if it would have helped at all. 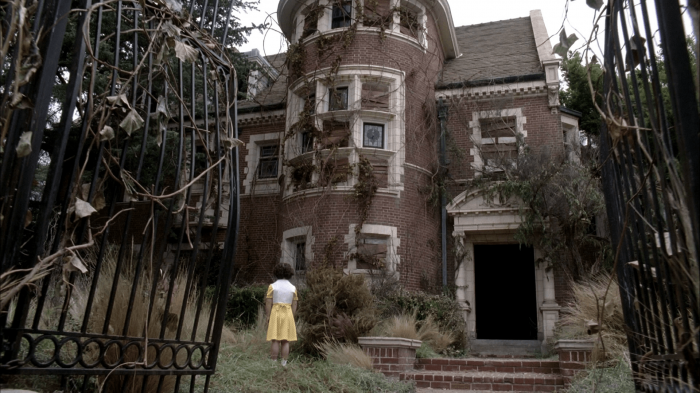 My mother and baby sister died about a month and a half ago in a tragic accident. They were found missing (we guess) about a day after they died. The day before I got the call that they were missing, I was having serious problems breathing – my chest felt extremely compressed. My older brother also had gotten pinched nerves out of nowhere around the same time, and was in some pretty serious pain. Both of our pains were alleviated the next day, and I got the call midday. It was extremely weird, and definitely not something I’d want to experience again. 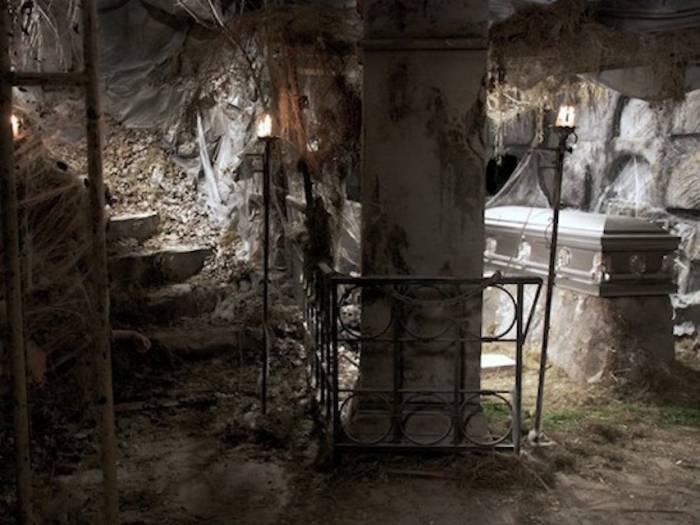 I had a similar experience. I got up to go to the bathroom one night and as I got near the door it opened on its own and this dark child-like figure was standing there looking at me. I thought it was my little sister so I whispered her name but the thing just stood there staring. I reached up to turn on the lights and the figure melted.

I got asked to help film a documentary about bigfoot last year in California based on a guy who claims to have shot one. We set up a polygraph test and he passed. Then we went up to the site and camped there. The first night a 9 foot tall figure walked up behind where I was sitting and stood there in the shadows about 30 yards away. When I went to the tent to wake up the others, trying not to shit my pants from fear, it took off through the trees. Sounded like Tree Beard from Lord of the Rings as it ran off. We ran after it with a camera but it was long gone. Next day we found 60 tracks that circled our camp and cast one with plaster. Two weeks later the group filmed thermal footage of three upright figures circling camp. The documentary is supposed to come out in about a month I think. I have all the uncut behind the scenes footage sitting on my hard drive. The experience stretched my reality a lot.

When I was 14 I took the garbage out after dark.. it was 7:30pm.. I had literally just checked the clock before I went outside and when I got back inside it was 10pm. I lost 2.5 hours without noticing it and have no idea what happened.

I live in a 150 year old house with my wife and 5 small boys. My youngest three boys, one in particular, would have conversations and interact with things nobody else saw. As they grew older they stopped but this wasnt imaginary friend type stuff. One boy, when he was a baby, would look past you when you held him and just laugh and giggle. It has creeped my wife out but I just tell her ” if its some weird ghost shit they must dig us because they dont bother us” I dont really beleive in most paranormal stuff so I figure just keep a good vibe and it’s all good. 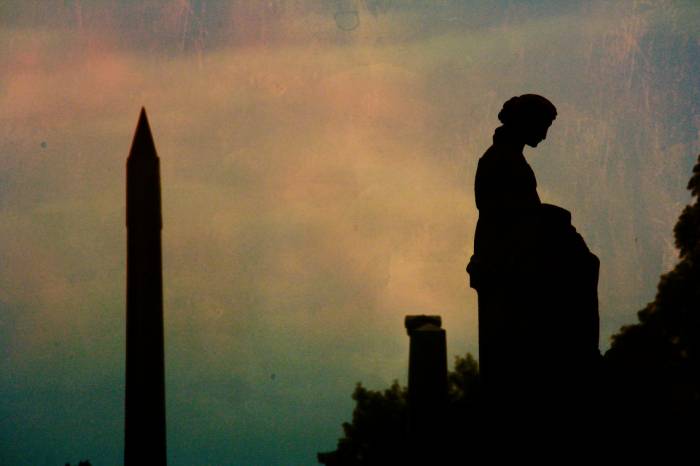 My friend and I had just gotten out of a dinner show late at night and had gotten into my car. We were parked right next to a very large and dense wood. As I began to back up, I heard a yell from behind and slammed my foot on the brakes. A middle-aged man comes around the side and walks past my window, laughing at his scare. I thought he would turn in front of us and walk to the car on our right, but he didn’t. He just kept walking directly into the woods.

He was dressed in regular, clean clothes and didn’t seem to be homeless. There was no path that he took into the woods and nothing discernible on the other side.

My friend Meg who lives about 1500 miles away had been been trying to get pregnant for years with no luck. One random Sunday out of the blue I hear something in my brain say ‘Meg is pregnant’. Next morning I called her and before she could say anything more than hi I said “you’re pregnant, aren’t you?” – something I’d NEVER say to her given her years of trying. I was right. 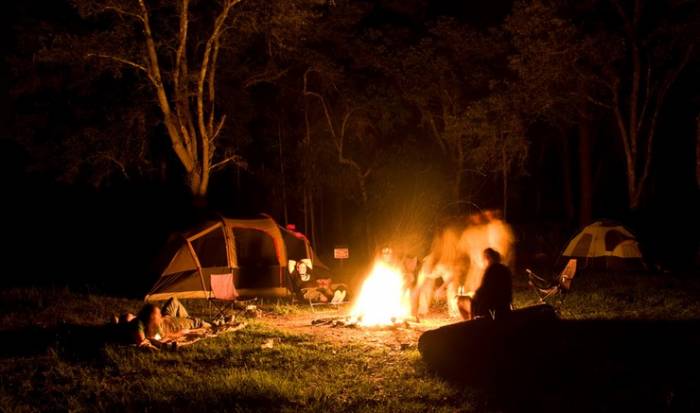 About a year ago, my brother and I were reading an article on the internet at around 1am. Parents are asleep in their bedroom, which is right next to mine. All of a sudden we hear the loudest, most blood-curdling scream coming from outside. No joke, this scream filled me with instant, unfathomable dread. My parent’s bedroom door shook violently as if it was just slammed shut. This of course causes my parents to jolt awake in a panic. We all run over to the window near the source of the scream and we see a woman with long hair and a white dress slowly walking up the street, crying and occasionally letting out a loud scream. My dad rushes outside and asks her what’s wrong/if she needs help, but she just kept walking. Dad decides to call the police anyways. When they arrive a few minutes later they find no sign of the woman. Also, I recently heard the same scream at around the same time of night, although it didn’t wake up my parents this time and I was too scared to look out that window. Still not sure what I was witnessing! 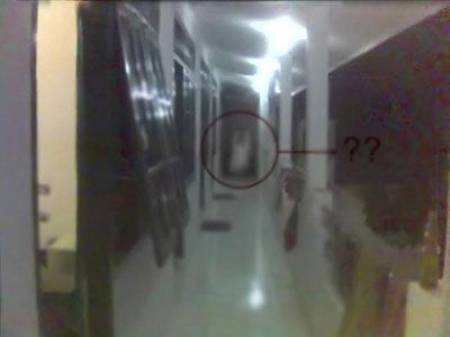