16 Facts About The L.A. Laker Girls That You Probably Never Knew

Posted by Michael Avery in Sports On 25th September 2016
ADVERTISEMENT

The all-female National Basketball Association Cheerleading squad, The Los Angeles Laker Girls, have had many notable members, including:

While any basketball fan will be familiar with this squad, there’s a lot people don’t know about the Laker Girls. There’s more to these girls than just cheering on their team.

Here are 16 facts about the L.A. Laker Girls. 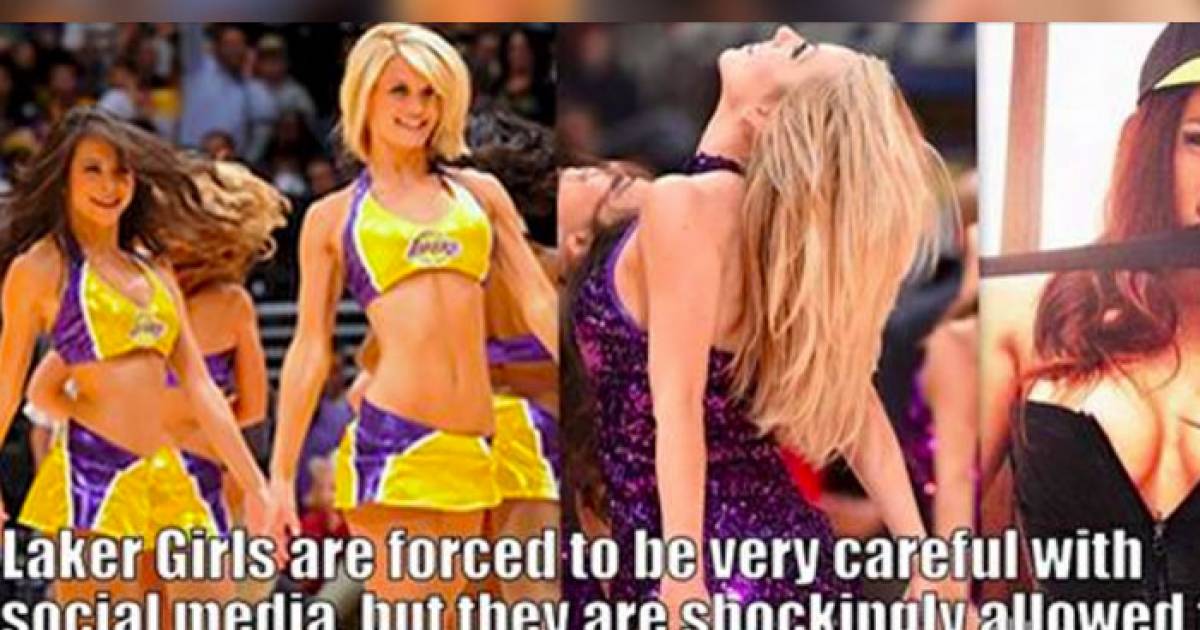 1. Auditioning to be a Laker Girl is one intimidating process, the girls are given a dance routine on the spot that they have to memorize. 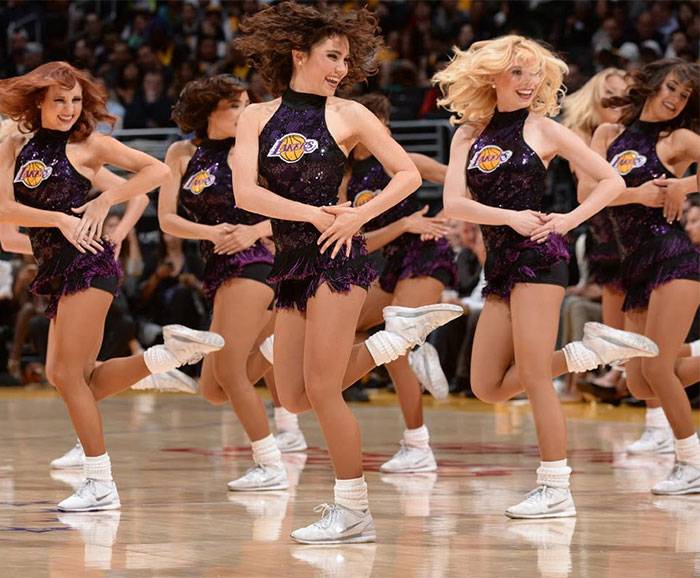 2. Before it was banned, the Laker Girls were subject to go through a ‘jiggle test’ to see how physically fit they were. 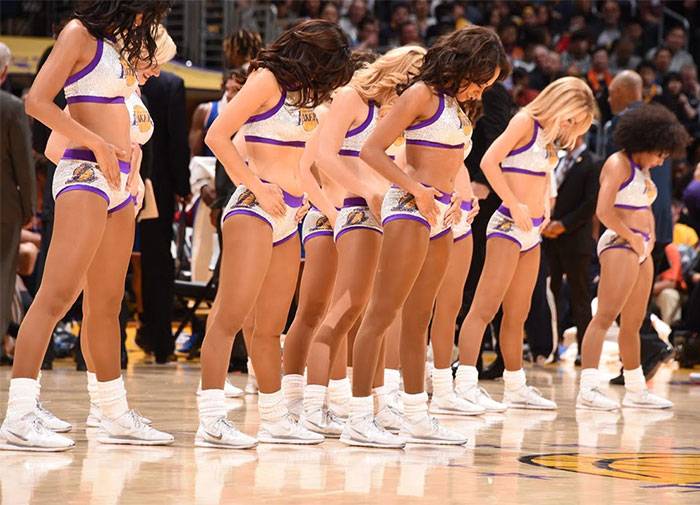 3. Just because you’ve been a Laker Girl, doesn’t mean you’ll be one again. Laker Girls from previous years must re-audition. 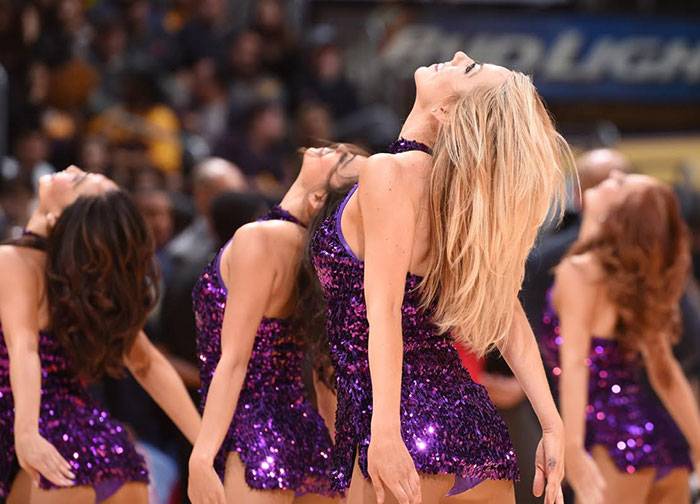 4. Being a Laker Girl means you have to be incredibly social media conscious. The Girls aren’t allowed to post any pictures that could paint them in a negative light. The pictures that are allowed are if they are sporting Lakers gear. 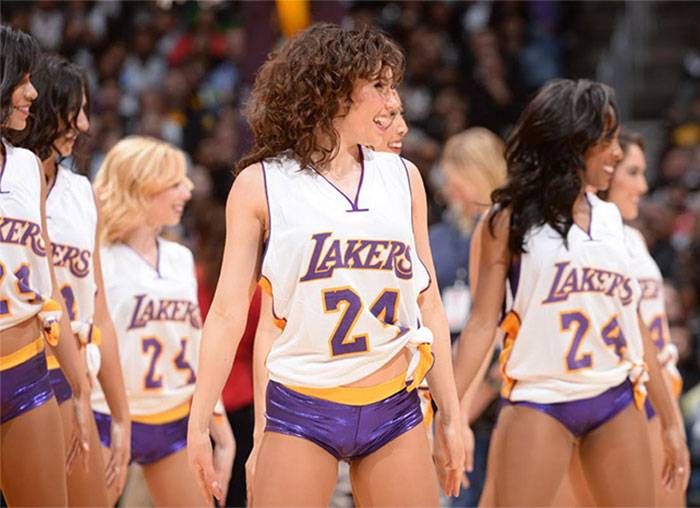 5. Paula Abdul got her big break as a Laker Girl, but she actually snuck into one of the groups moving forward after being rejected twice! Abdul took advantage of the confusion of having more than 700 women compete at a single venue.

6. The Laker Girls aren’t allowed to date any of the players on the L.A. Lakers team. If the Girls are caught being involved with one of the players, they’ll be fired immediately. 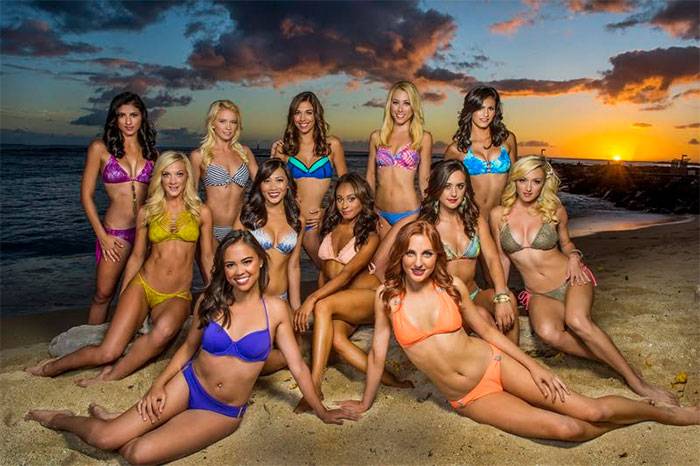 7. On top of memorizing routines, the Girls have to be very knowledgable about the team in case they are ever interviewed by the media. 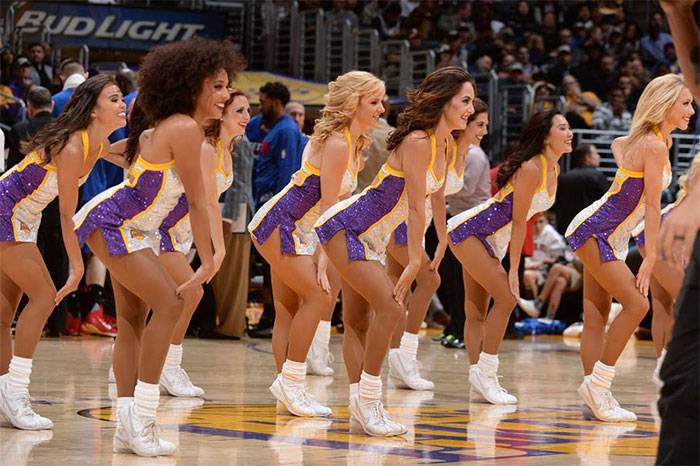 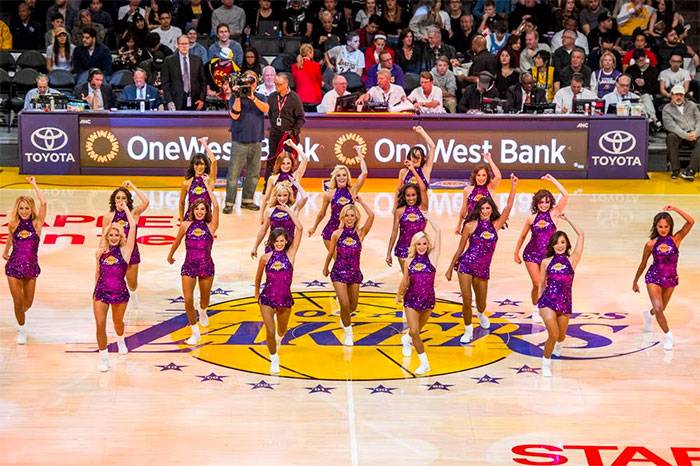 9. Being a successful former Laker Girl, it’s a yearly tradition for Paula Abdul to judge auditions. Afterwards, Abdul takes the girls who didn’t make the squad and buys them dinner. 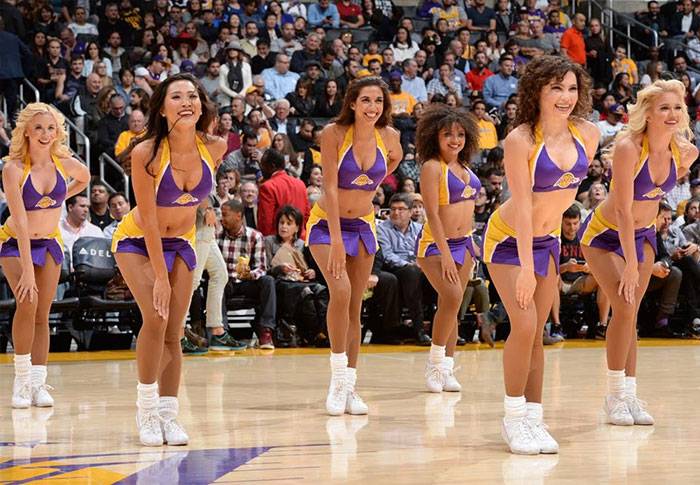 10. The Laker Girls perform about 30 routines over the course of the season. 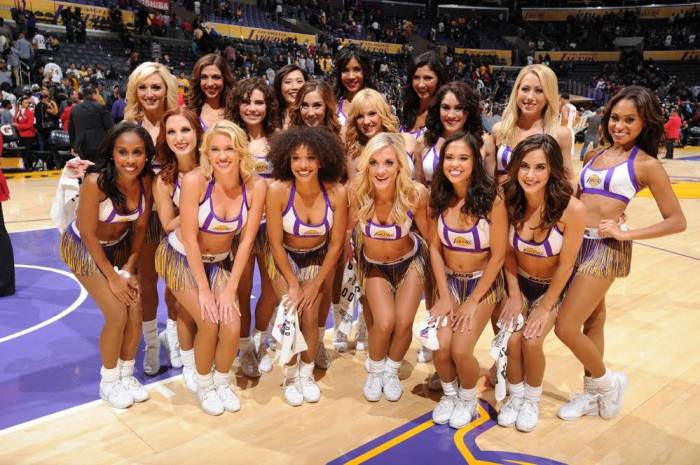 11. Most rehearsals take about four hours in the evenings, but on game days, the Laker Girls rehearse for more than eight hours in preparation. 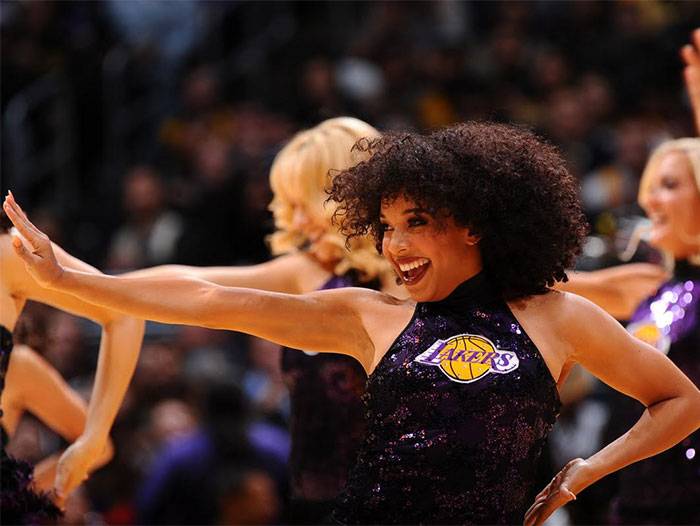 12. Dancing is clearly an important part of being a Laker Girl, all the members have impressive backgrounds in dance and performance. 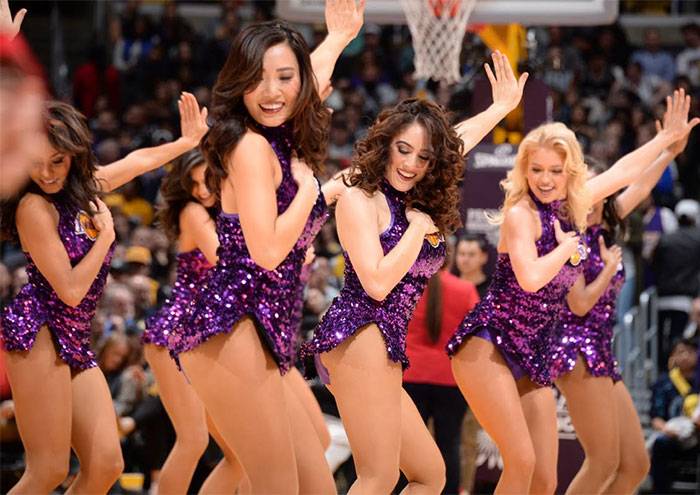 13. There are a lot of teams that dislike the term ‘cheerleader,’ but the Laker Girls don’t mind it, they know that they’re a talented dance team when it comes down to it. 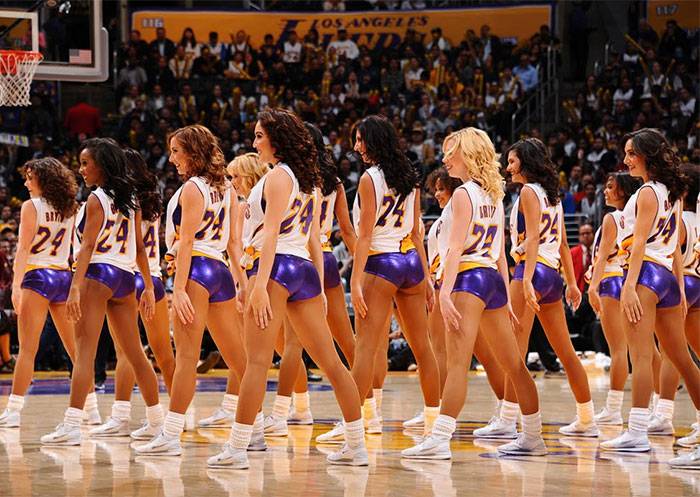 14. There’s a major wage gap, Laker Girls only get paid about $9 an hour and that’s an increase from the $5 an hour the Girls used to get paid. 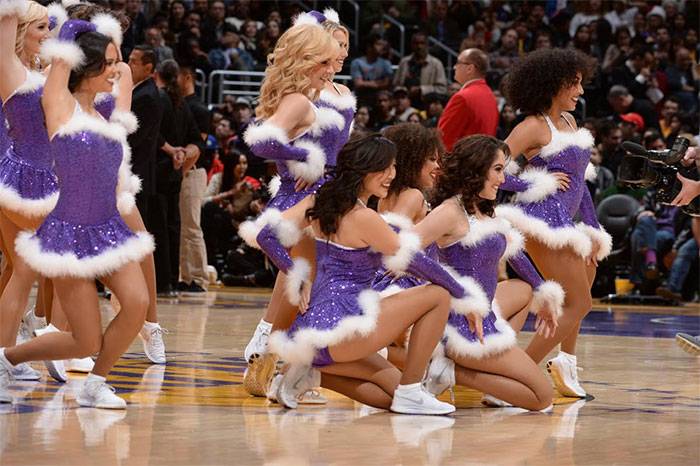 15. Being a Laker Girl is considered to be a ‘part-time’ job, however, most Laker Girls work full-time hours. 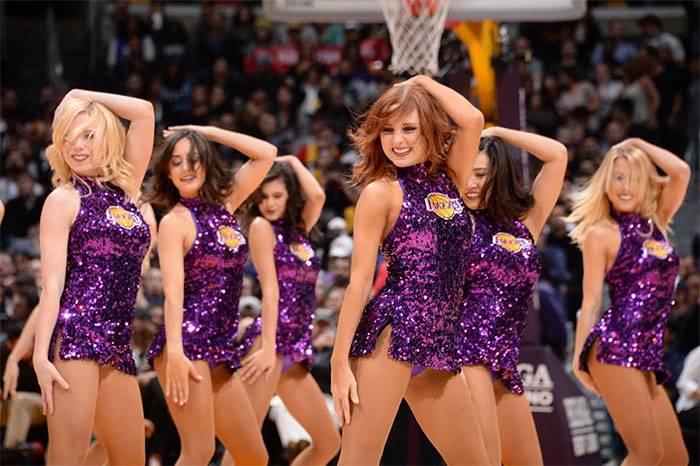 16. There are auditions to be a Laker Girl every July, but it is required that each girl has at least 8 years of dance experience. 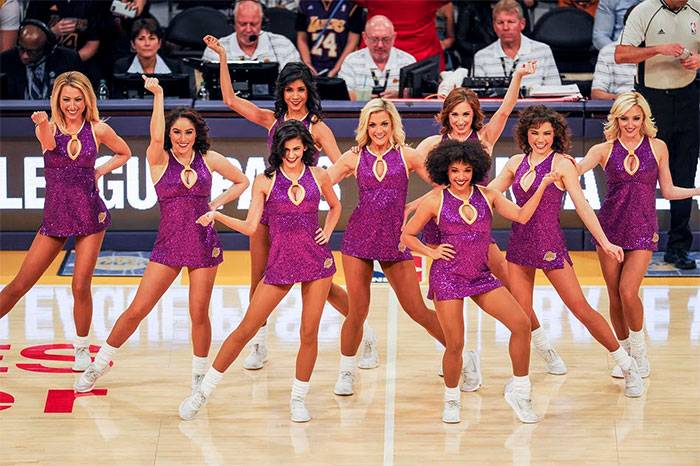 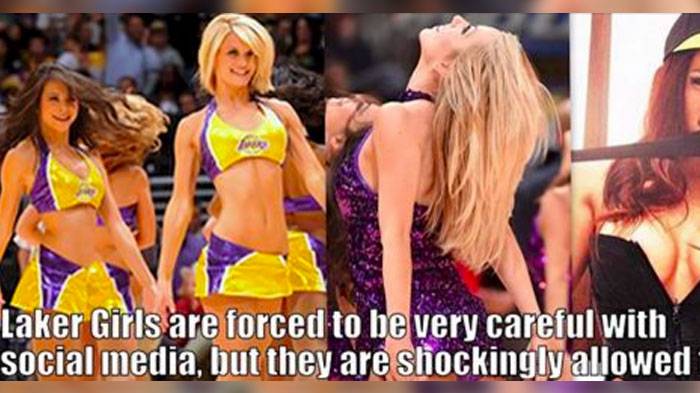