Fitted with a screw that would turn slowly until the jaw and skull were shattered, eventually causing the person's eyes to pop out. Gross. 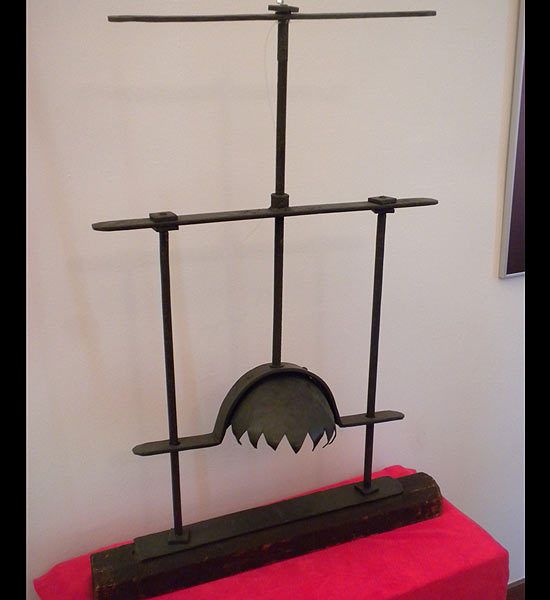 The name sounds so ominous, that you know it's going to hurt A LOT. Torturers placed the naked victim's anus or vagina atop the pyramid and slowly lowered their body using ropes until the cavity was stretched, eventually impaling them. 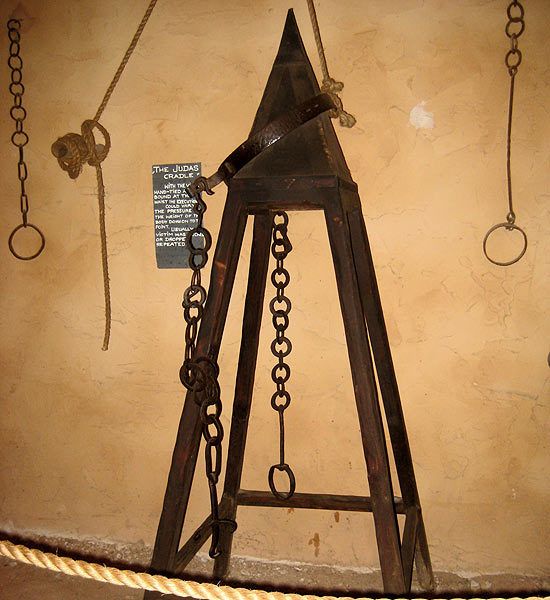 Used mainly to rip apart human flesh, tearing it right from the bone. Often the person would die from infection, a result on unwashed spikes on the device. 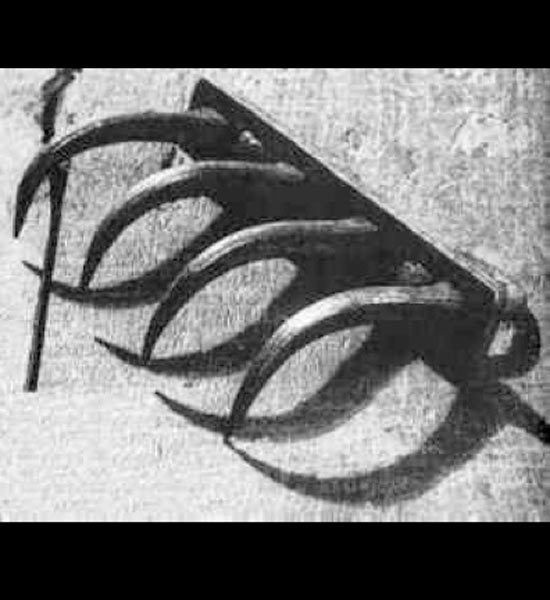