Nature is majestic, terrifying, cruel, ingenious, and (sometimes) adorable. But more than anything, nature is weird. If you don’t agree, spend five minutes looking up deep-sea fish, then we can talk about it.

When we get locked into routines and start taking the world for granted, it’s easy to get bored by it; even the most beautiful sunrise can be banal if you’re struggling through your early-morning commute. But when we take the time to look at our planet with new eyes, it’s clear that nature has a whimsical sense of humor. Why else would we have walking rocks, Pepto-Bismol lakes, volcano lightning, or people who genuinely enjoy Minions?

So if you’ve forgotten about how weird and wonderful life is on our little rock circling the sun, read on. You may be inspired, you may be terrified. But one thing you definitely won’t be is bored. 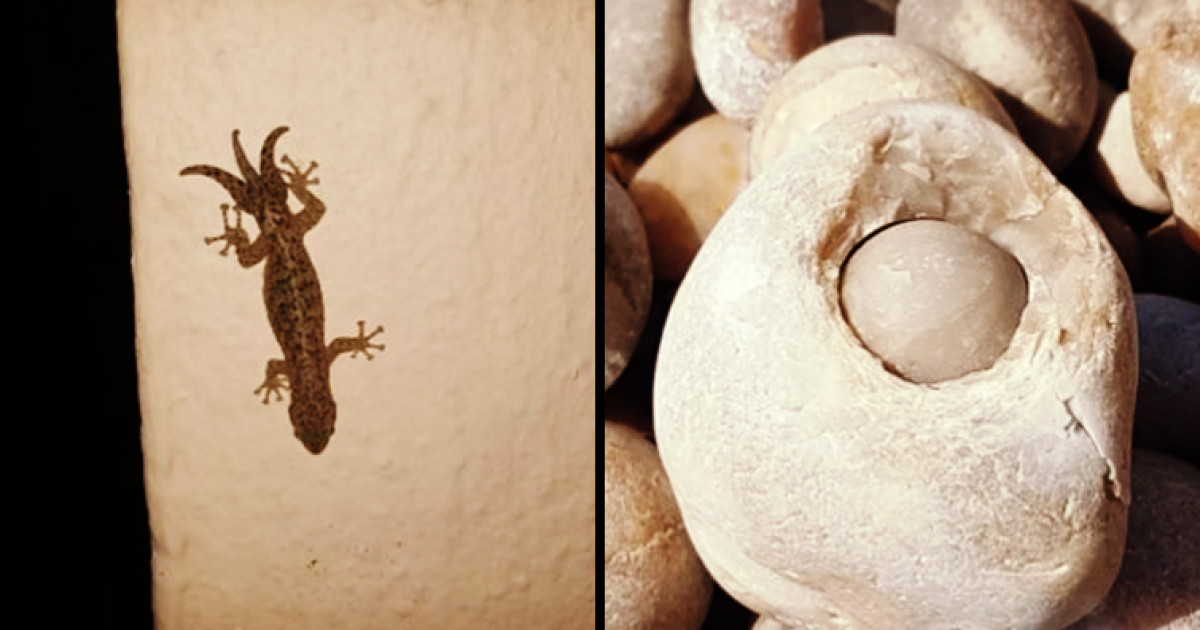 This startling bubblegum lake, hidden away in the forests of Middle Island, Australia, looks almost unreal. Scientists still aren’t entirely sure what causes the lake’s distinctive color, although minerals and microorganisms are the top contenders. 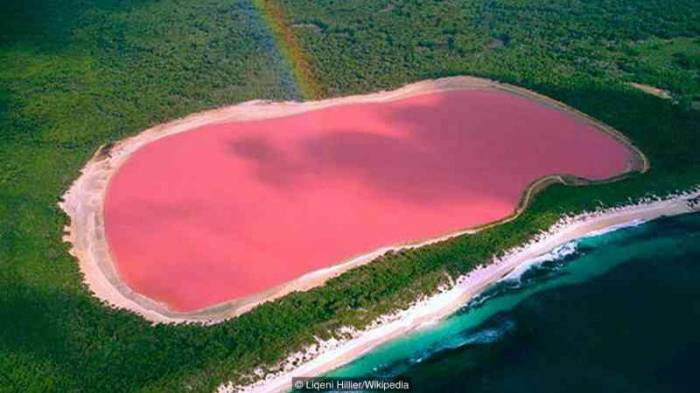 China’s Zhangye Danxia National Geologic Park boasts a set of mountains that look like they were chalked in by some enterprising artist with a lot of time on their hands. But the startling colors are all natural, due to the different mineralogical compositions in the layers of rocks. 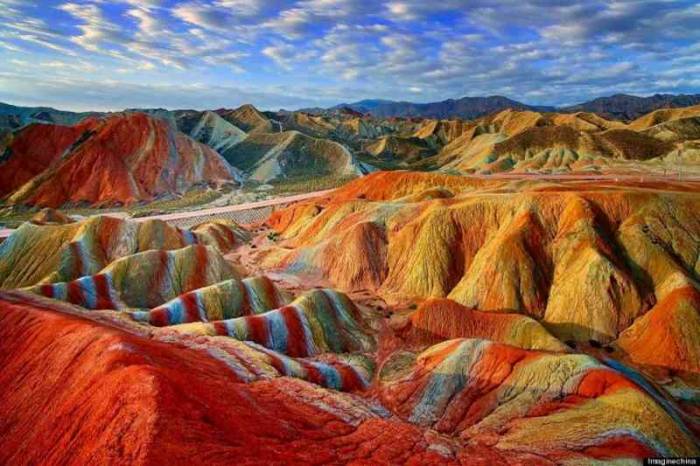 This delightful siphonophore (often mistaken for a jellyfish) is made up of a colony of microorganisms working together, and its tentacles can reach up to 165 feet long. Oh, and it’s also venomous! 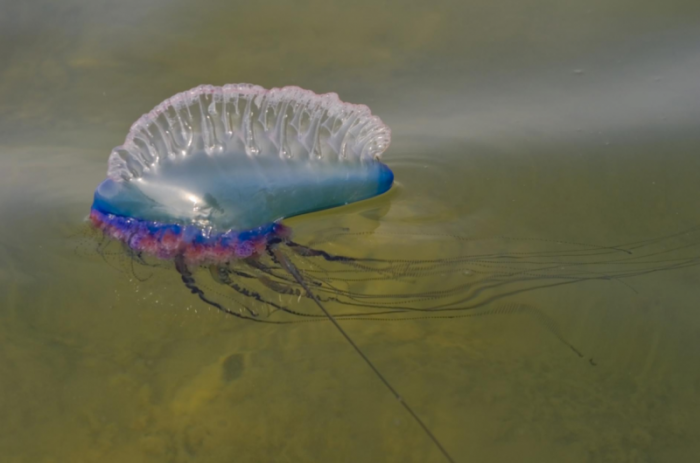 No, it’s not the world’s biggest game of Twister. This alkali lake in Canada dries up over the summer, leaving little pools colored by different minerals. 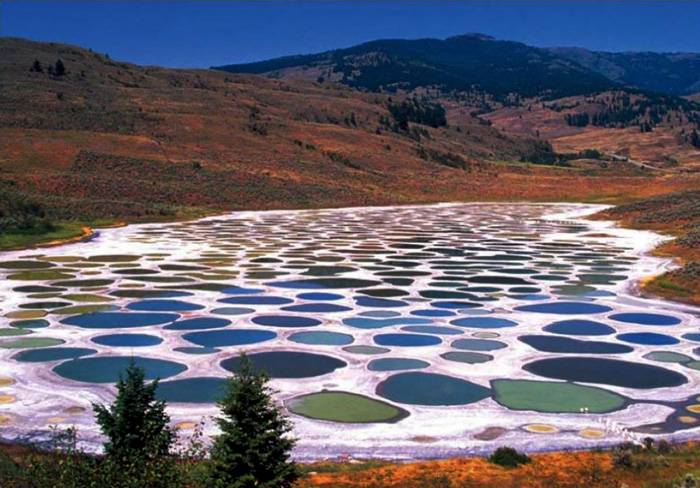 Proof that nature’s wonders come in the incomprehensibly large and the adorably small, this three-tailed lizard is unfazed by its new celeb status. 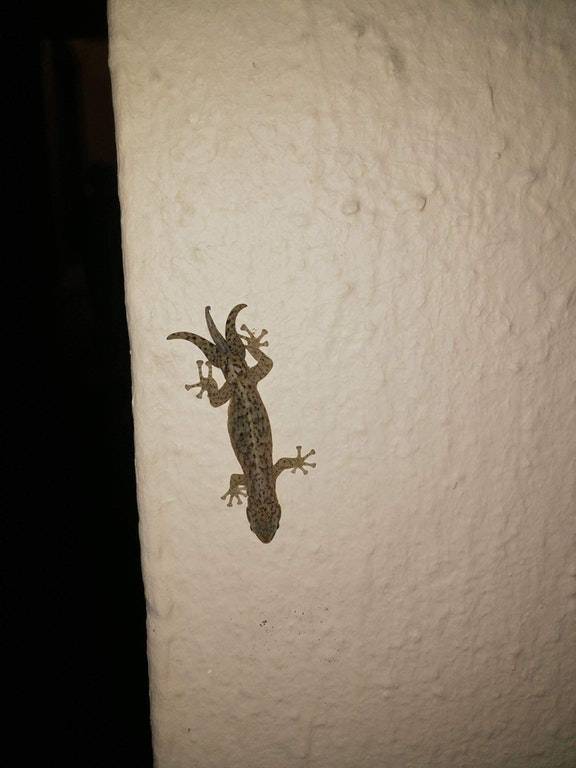 Our ancestors thought these circles of mushrooms were the homes of supernatural beings who would curse those who stepped inside them. The truth is far more benign: they’re the result of mushrooms growing out of an old tree stump or another big piece of organic matter buried under the soil. When they’re surrounded by a circle of dead grass, it’s because the mushrooms invade and kill the grass’ root cells. Wait, that’s still pretty creepy… 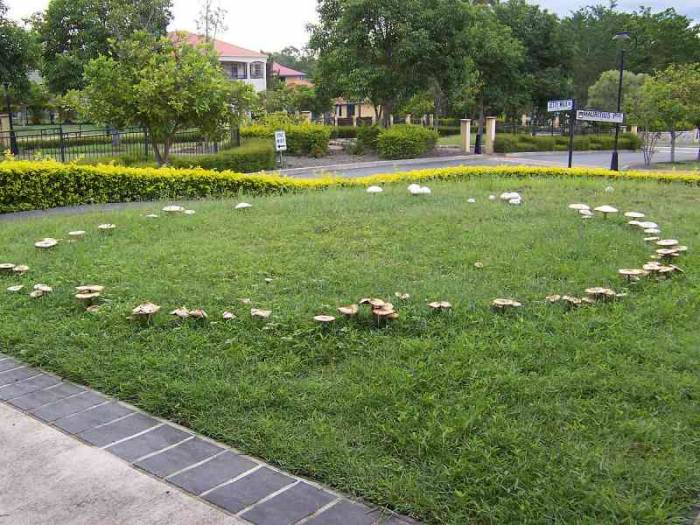 When basaltic lava pours and cools slowly from the bottom up, fractures shoot through it, dividing it up into hexagons. These cool rock formations are found all around the world, from Ireland to Israel. 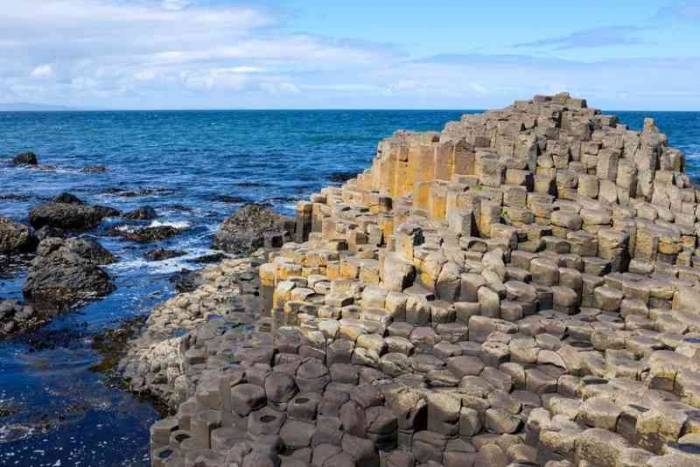 If you’ve ever wanted to swim among the stars, this is the next best thing. These glowing waves happen when vast groups of bioluminescent phytoplankton (microscopic ocean creatures) are washed up on shore together. It’s easiest to see on tropical beaches, right after dark.

On the other hand, you probably don’t want to swim in a red tide. This phenomenon, where the water appears to be filled with blood, is the result of an algal bloom (a vast group of tiny ocean plants). As if this phenomenon wasn’t ominous enough already, some of these occurrences are toxic, killing hundreds of marine animals. 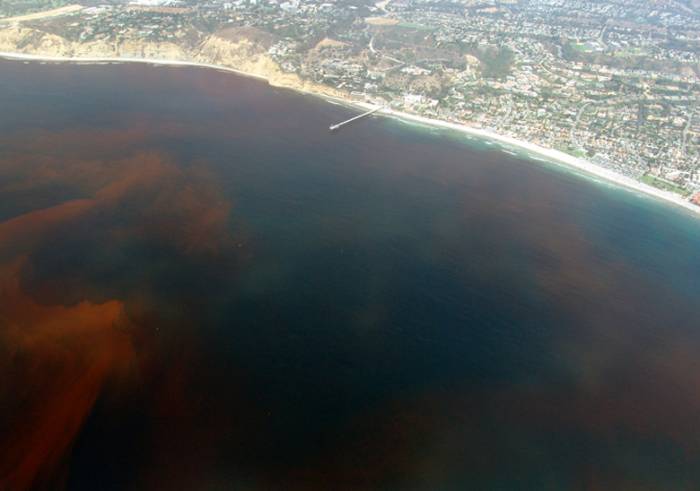 When big, shallow sheets of ice star to break up while rocks are still covered in slippery ice, the wind can drive these rocks along the ground surface, leaving a trail after them to puzzle researchers. 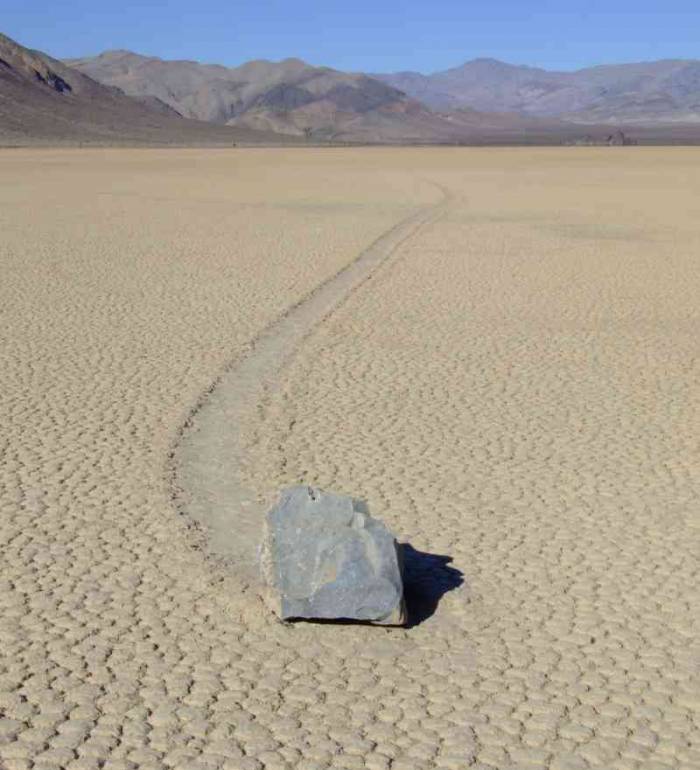 Everyone knows what a coral reef is, but few people know exactly how old they are. Currently, the oldest discovered coral is estimated to be 4000 years old; in other words, this single, living coral is older than the Iron Age. 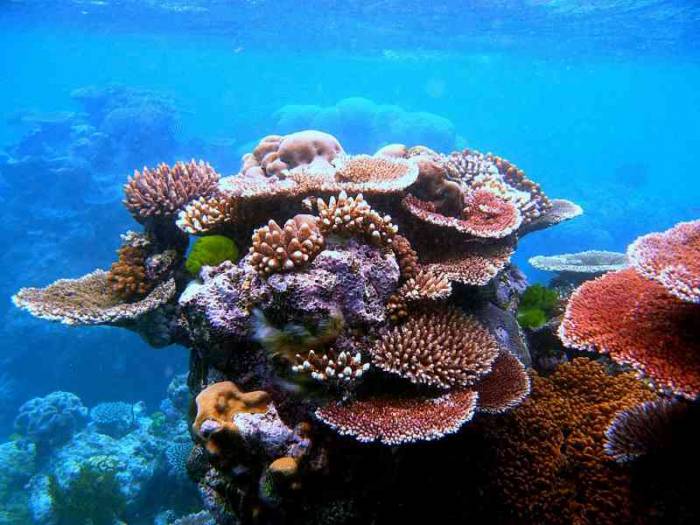 Sharknados aren’t real, but this terrifying phenomenon is. Fire whirls happen when rising heat from fires meets turbulent wind conditions, and they can suck in organic matter and flammable gases. I think I’ll stick with the sharks, thanks. 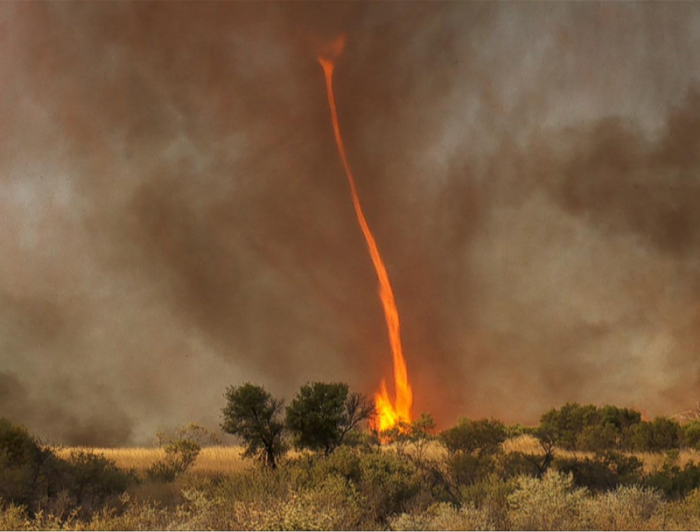 In case you thirsted for more blood, Antarctica’s Taylor Glacier features a tomato-red waterfall. The water comes from a salty sub-glacial lake trapped millions of years ago, and when it reacts with air, the ancient microbes turn the water red. 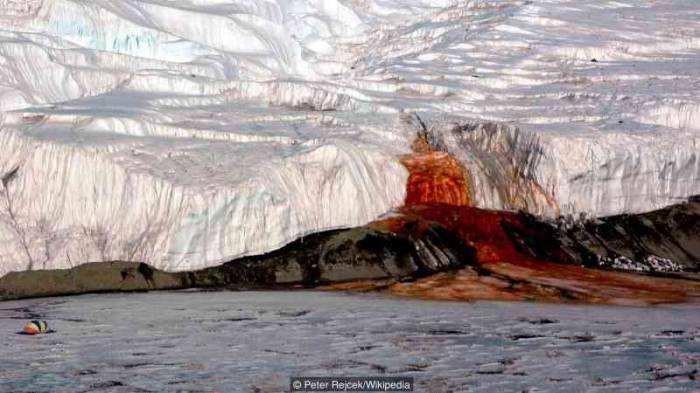 On rare occasions, plumes of volcanic ash can produce lightning, and that’s what we call a “dirty thunderstorm.” It happens because of the electrostatic charge created by fragments of ash, ice, and rock colliding up in the clouds. 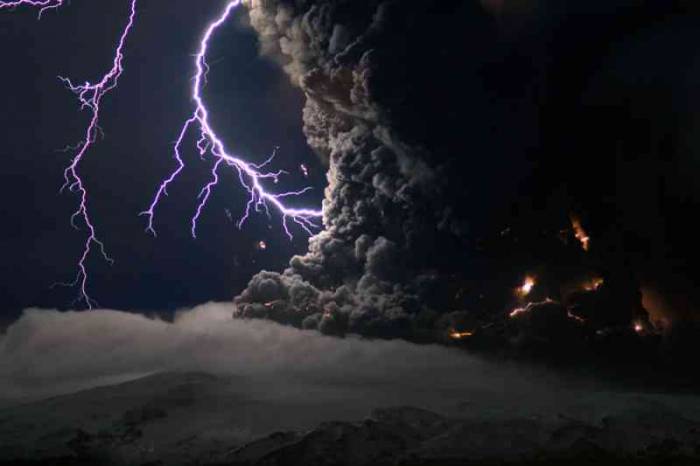 And speaking of volcanoes, what about Pele’s Hair, the long-thin strands of volcanic glass that form when molten basalt glass blows out of lava, droplets drying in thin strands. It may look like it has an intriguing texture, but don’t touch — it’s incredibly brittle, and broken-off pieces can go easily into skin. 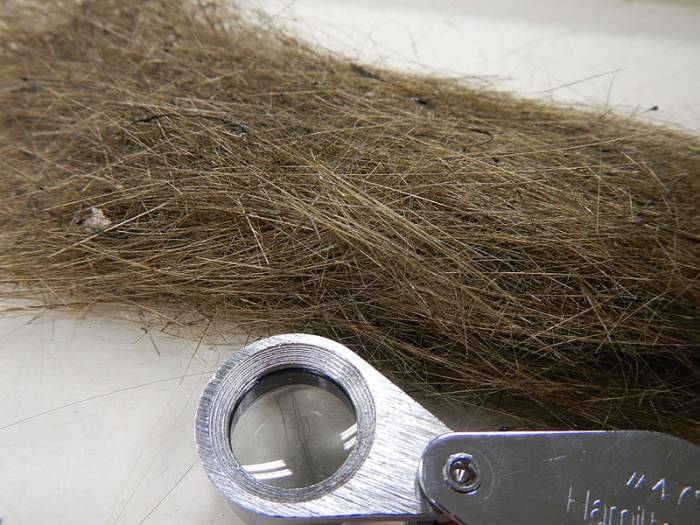 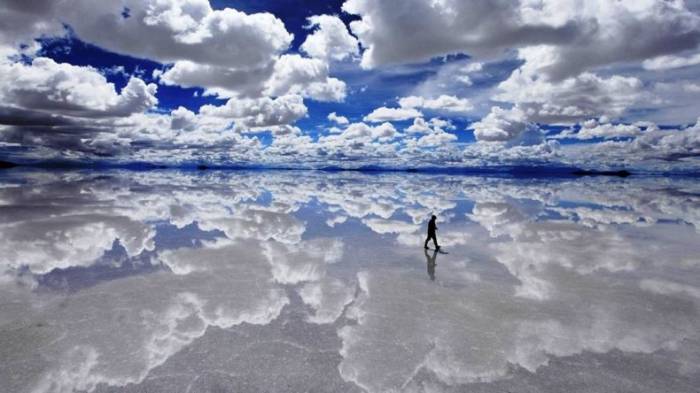