Posted by Sumaiya Ghani in Fails On 21st September 2020
ADVERTISEMENT

Dads are just ..dads who can't help but do hilarious things that make us laugh really hard. These funny photos show dads trying their best to make things go right but oh well. Enjoy these funny dad fails that will make your day. 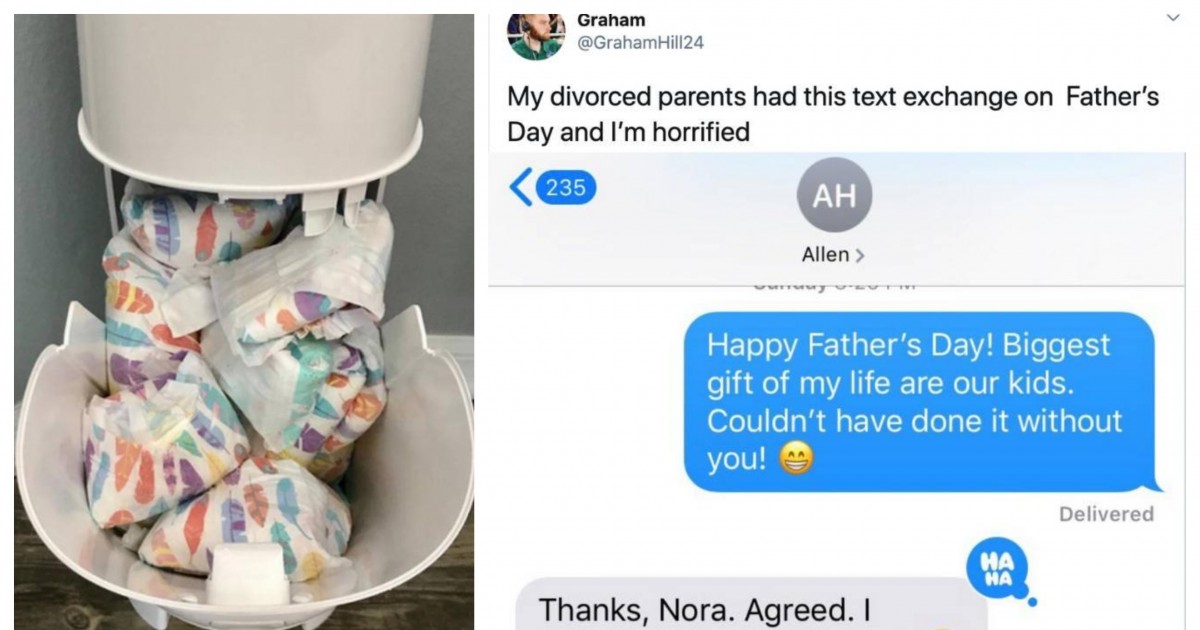 #1 Nothing to see..just some dad trying to DIY popcorn

Long story short, this dad was out of microwave popcorn bags at home. So he tried to create some himself, using a regular brown paper bag and some loose kernels. Keep in mind the "tried." 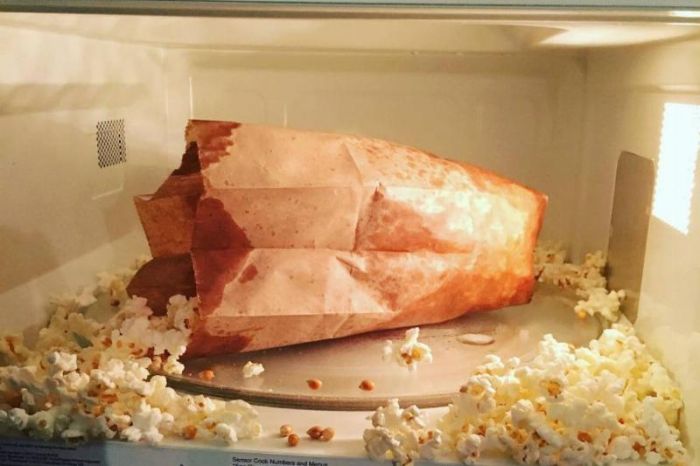 #2 Where are the pajamas?

The baby cried, the dad came to the rescue. But the new dad forgot the baby monitor also had a camera. 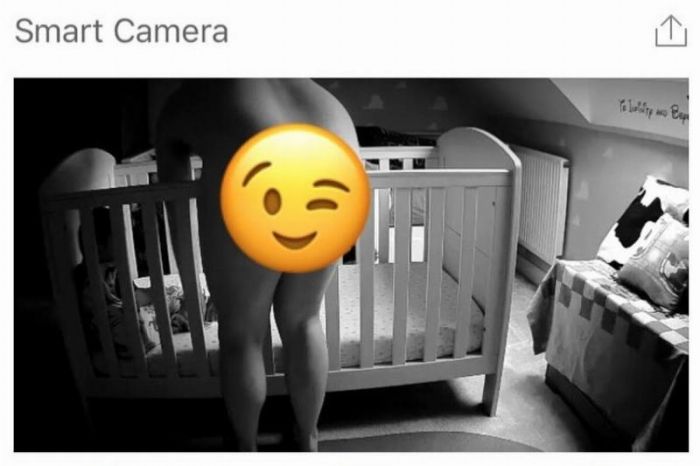 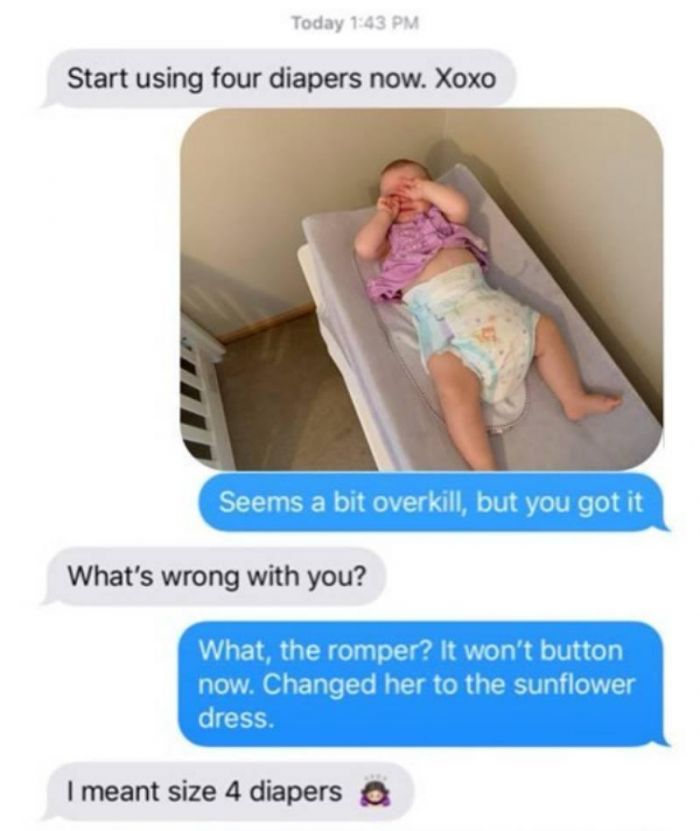 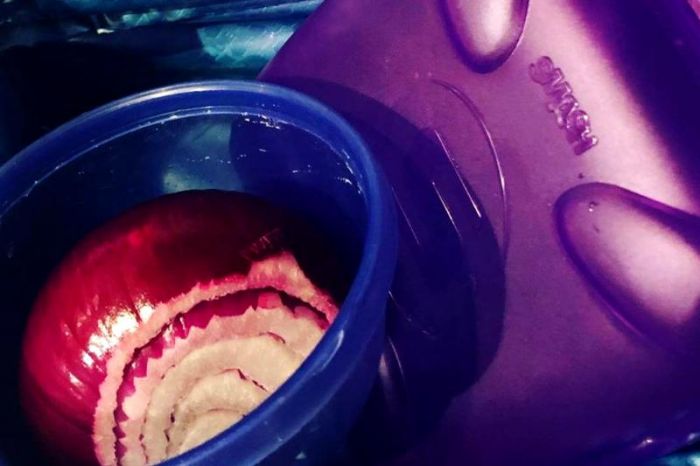 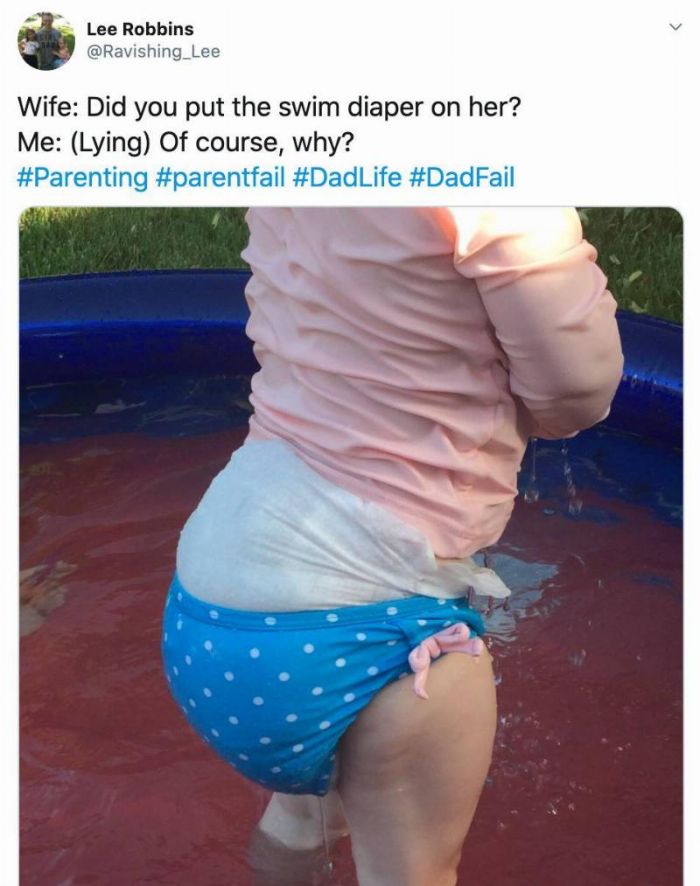 #6 Well, they are too much alike 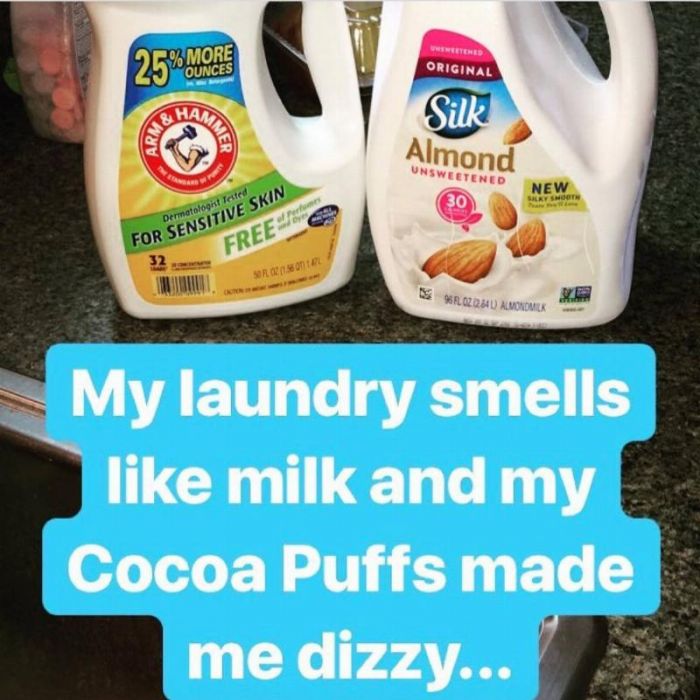 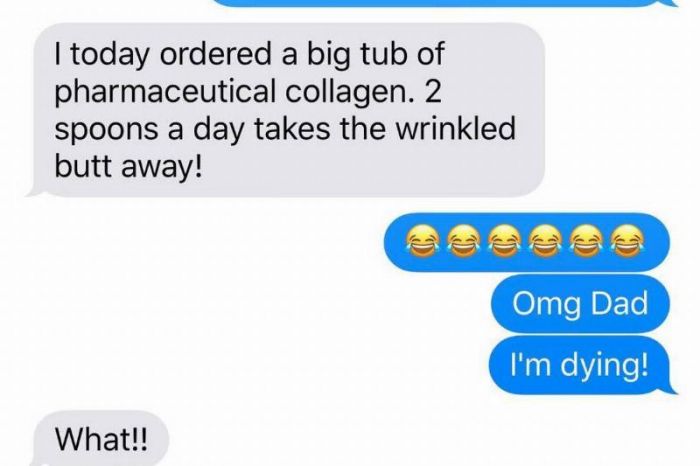 This dad wanted to kill the fly that landed on the daughter's phone screen. Well, the results are in front of you 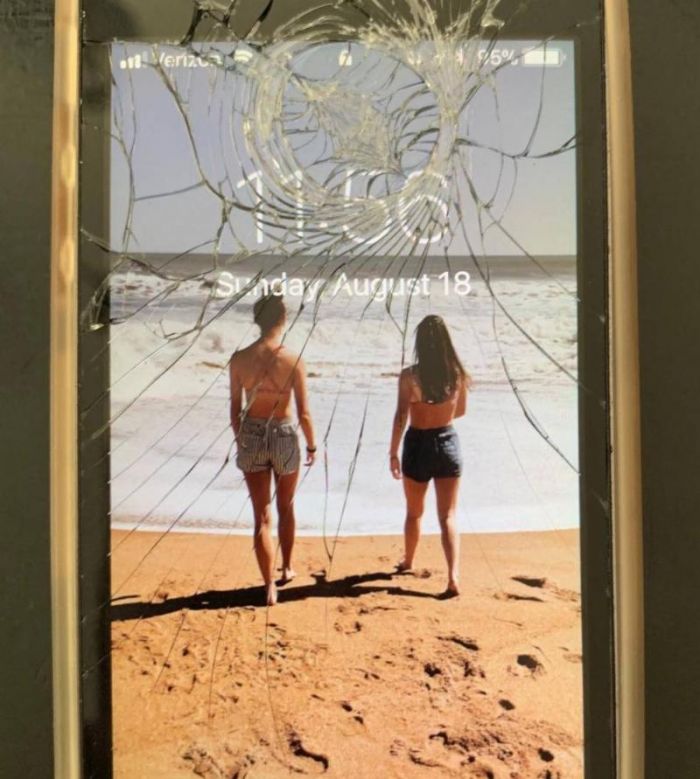 #9 They are not shorts dad 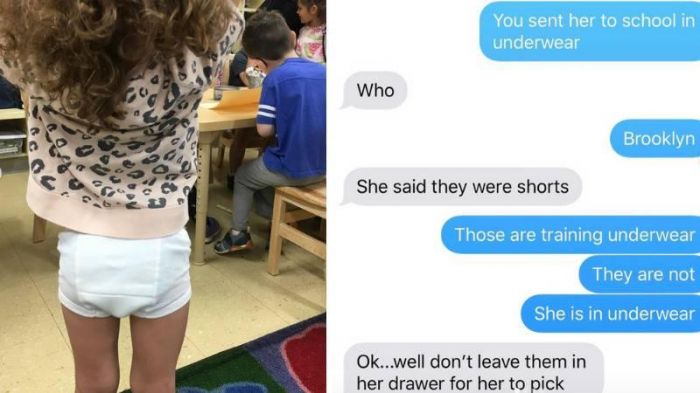 #10 Milk bottle of a giant baby

This dad actually accidentally screwed the bottle lid onto the gallon instead of the actual baby bottle. Thank God, he realized his mistake pretty quickly. 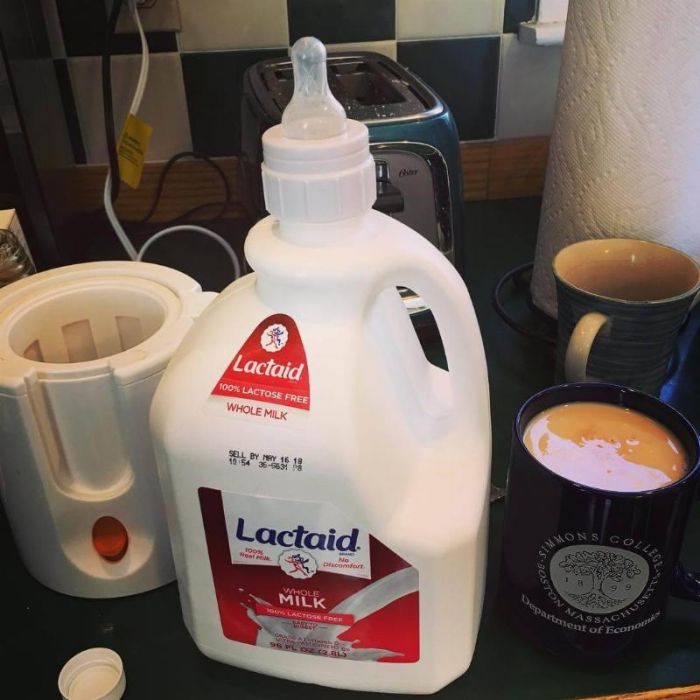 This father wanted to give his son a healthy snack. He thought he gave the kid miniature bell peppers. But, they were actually habanero peppers, and his son's mouth was on fire for a while. 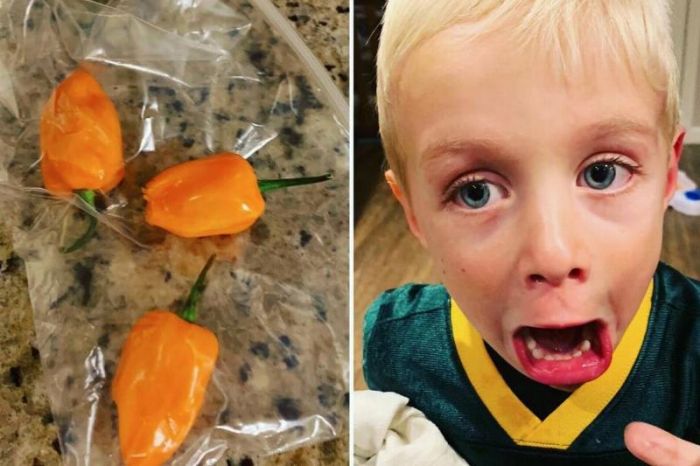 #12 Spilling the milk is something usual for dads 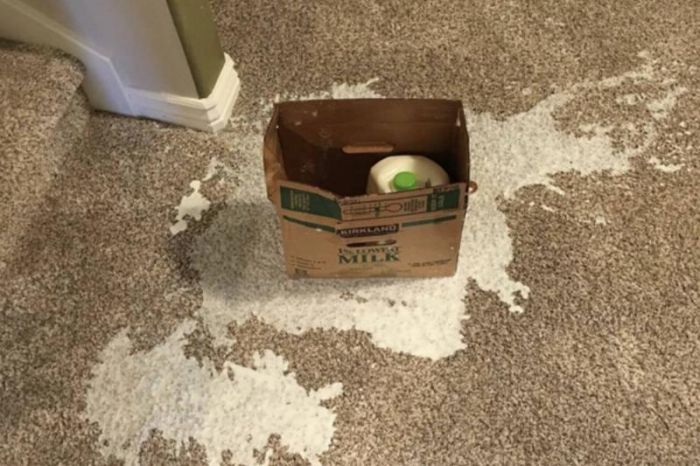 This dad was so excited, woke up one fine Sunday morning to make special pancakes for his special family. Everything was going fine but then he accidentally dumped a bunch of curry powder in. The poor dad thought he was putting cinnamon into the batter. 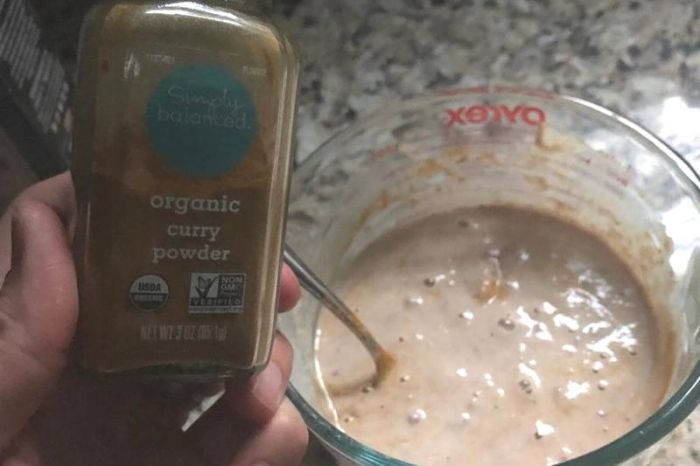 #14 He mistook the baby keys with the real keys. But, how?

This dad accidentally hung up the baby's keys with his own. 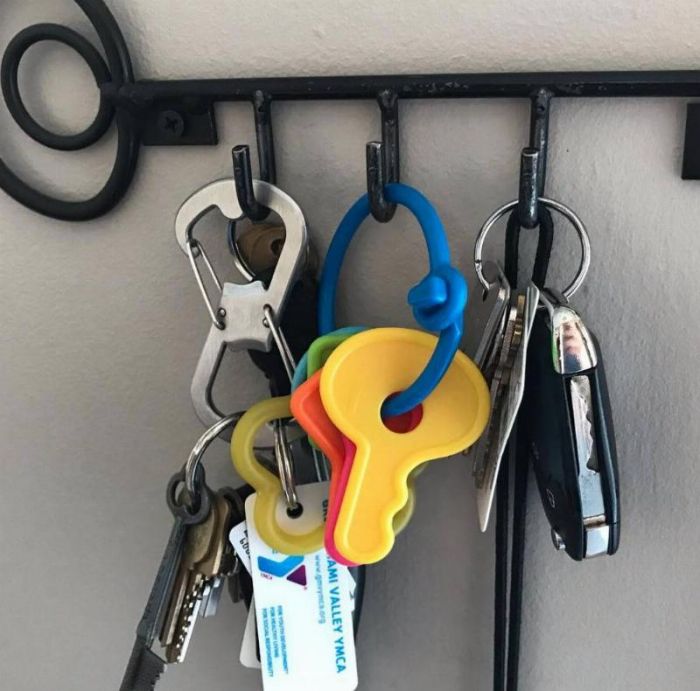 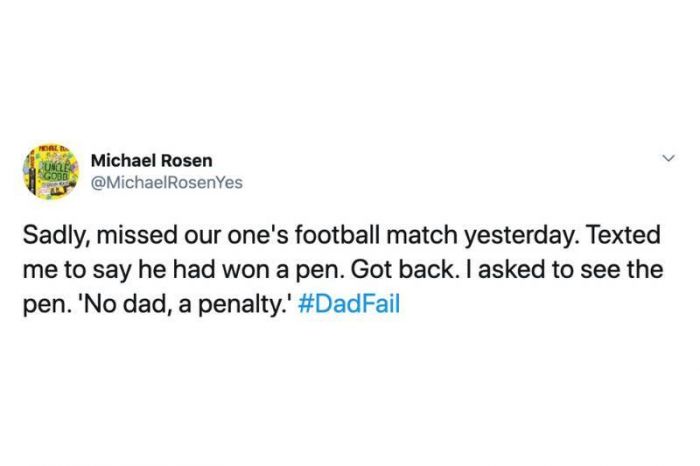 #16 Gear up for a stinky cleanup daddy

Innocent dad forgot to put a bag into the diaper bin for the next round of poopy diapers. You know what happens next, daddy. 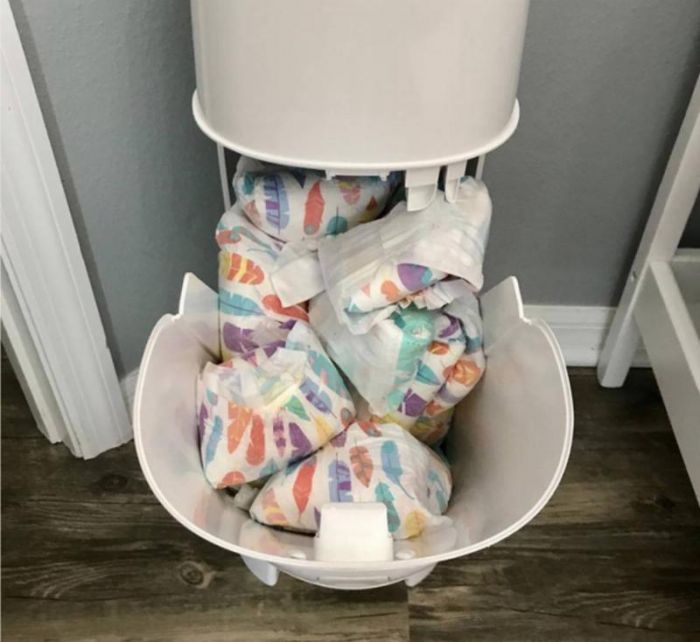 Dad forgot that he had been drying the baby bottles on the oven rack. When making dinner, he set the oven to preheat. He didn't realize his mistake until he tried to put in the frozen pizza. 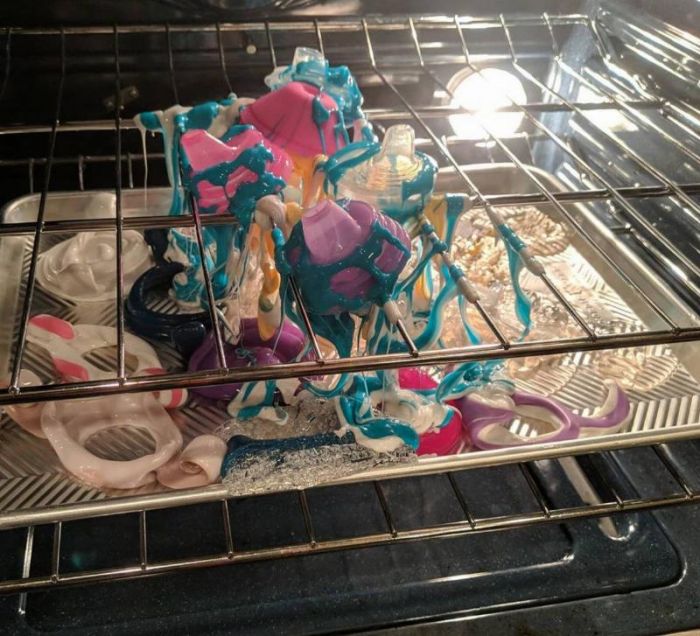 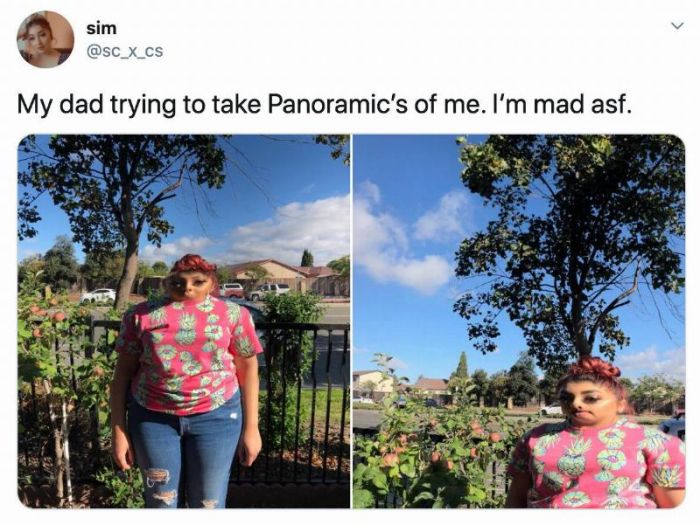 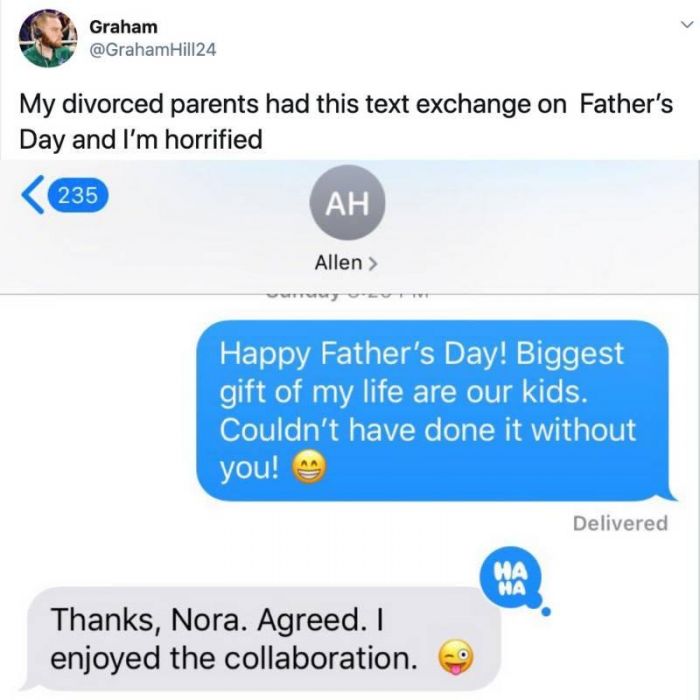