Posted by Sama in Feel Good On 28th July 2020
ADVERTISEMENT

#1 Pumpkin, the dwarf pony, got bionic legs, thanks to Bionic Vet and the Twist of Fate Farm & Sanctuary!

Unfortunately, he was born with a deformity due to unethical breeding practices. 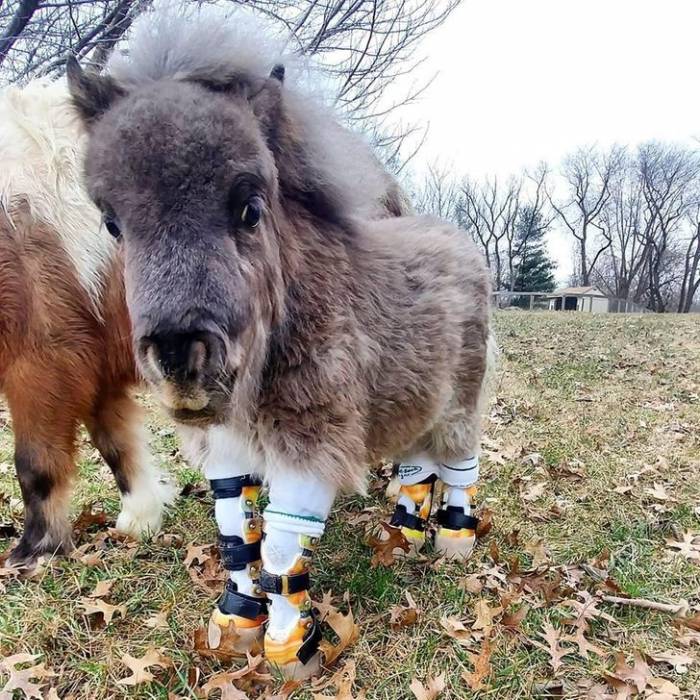 My 8-year-old son treasure hunted under some old concrete I removed and, to our surprise, he found a 1914 wheat penny! I posted a picture of it on this subreddit to share our excitement. Some of you offered to send him some of your treasures to inspire him to keep hunting. I am absolutely speechless! 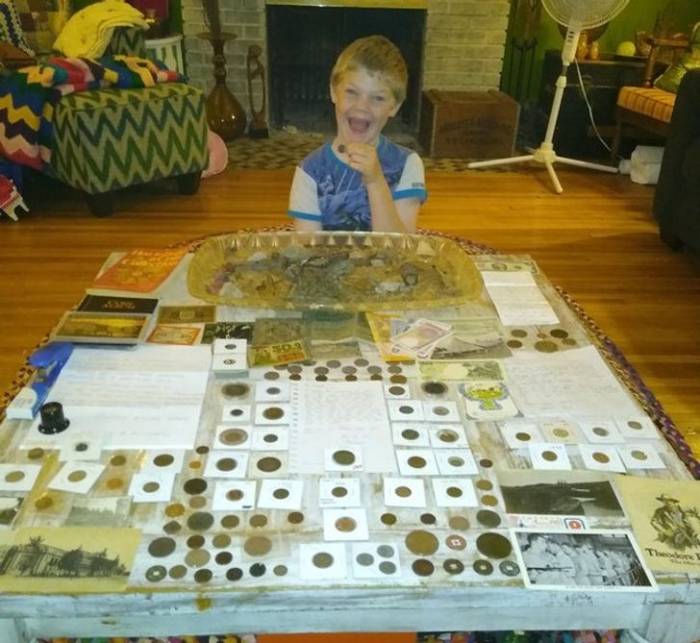 #3 After one year of living in my truck, I got an apartment. Life is good. 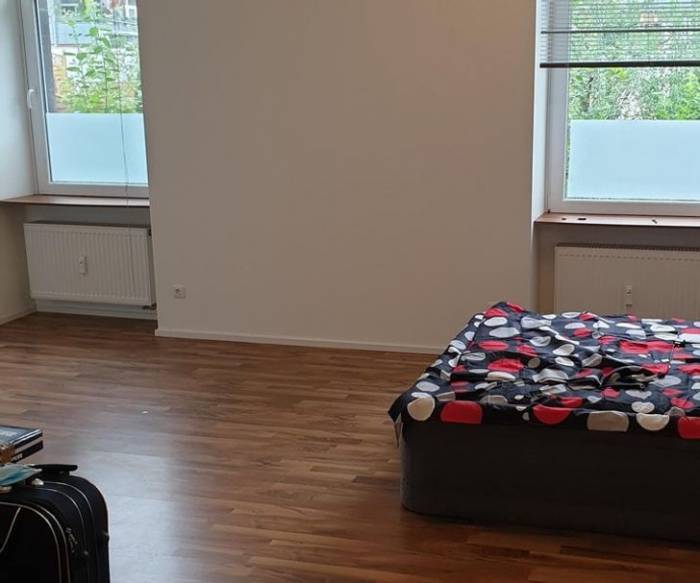 #4 My cat has been missing for a week. Found her thanks to some amazing strangers — faith in humanity restored! 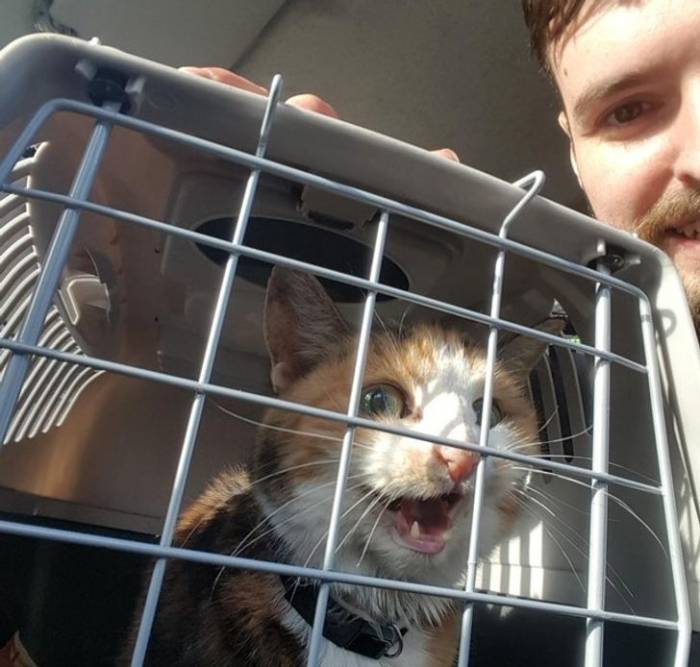 #5 My friend’s sister lost her car key while jogging, someone else made sure she’d find it when she retraced her steps. 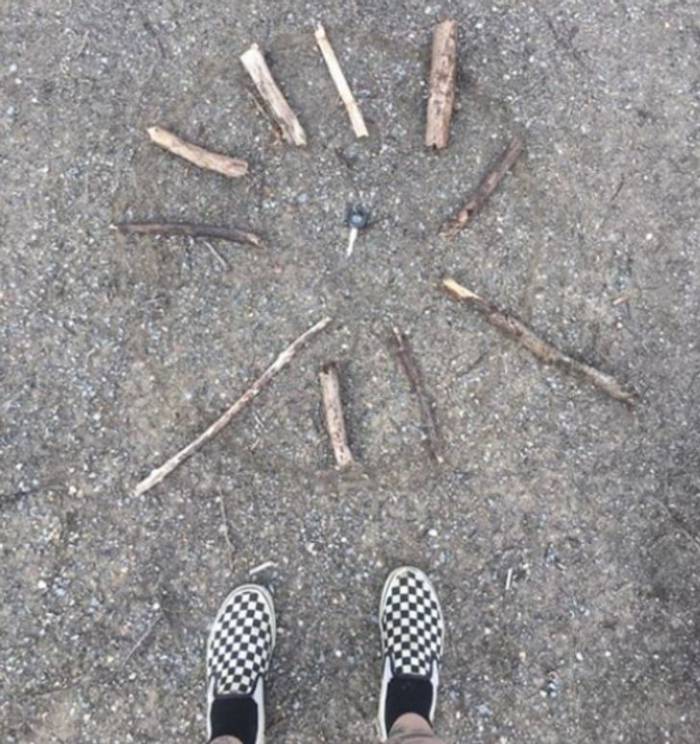 #6 My mom is in the final stages of dementia.

My parents have been married for 34 years. My mom is in the final stages of young onset dementia (diagnosed 5 years ago, at age 53). My dad cares for her full-time. She doesn’t always remember his name, but she knows she is safe with him. If that’s not true love, I don’t know what is. 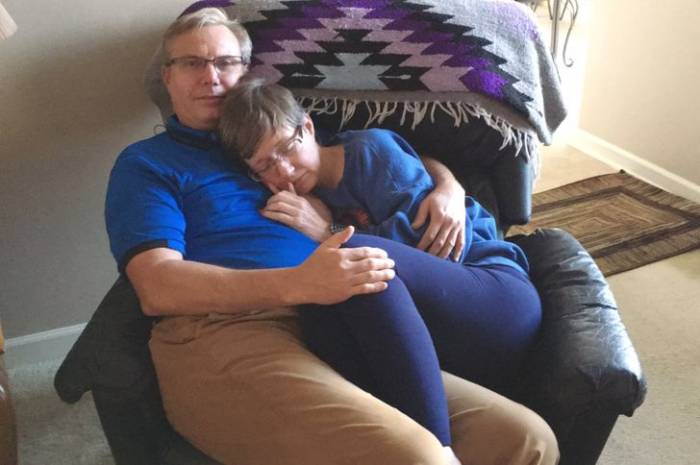 #7 I told my step-dad I prefer the orange jelly beans, this morning I came in to him sorting them into a jar for me. 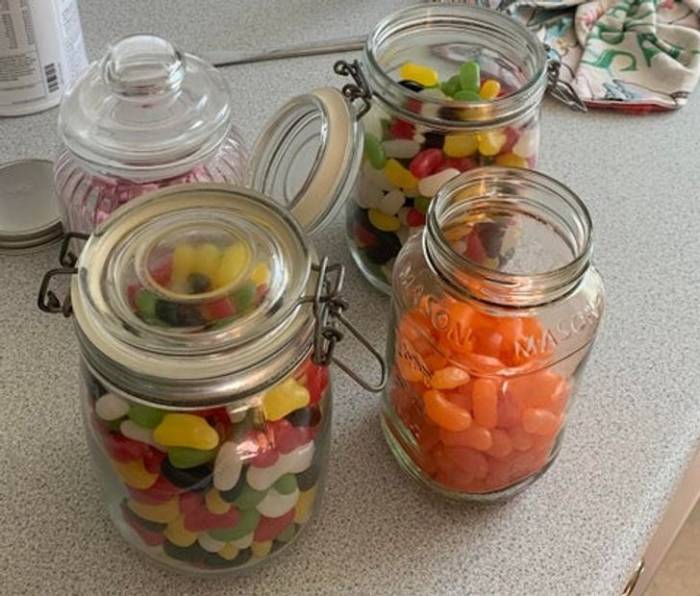 #8 A pianist plays classical music to soothe the blind and elderly elephants in a sanctuary. 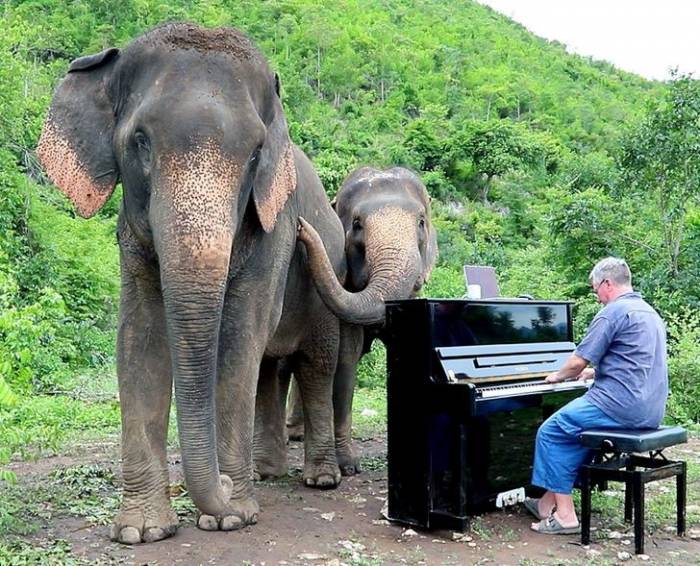 #9 Wrist surgery: My surgeon incised around my tattoo. He could have not cared and cut right through it. 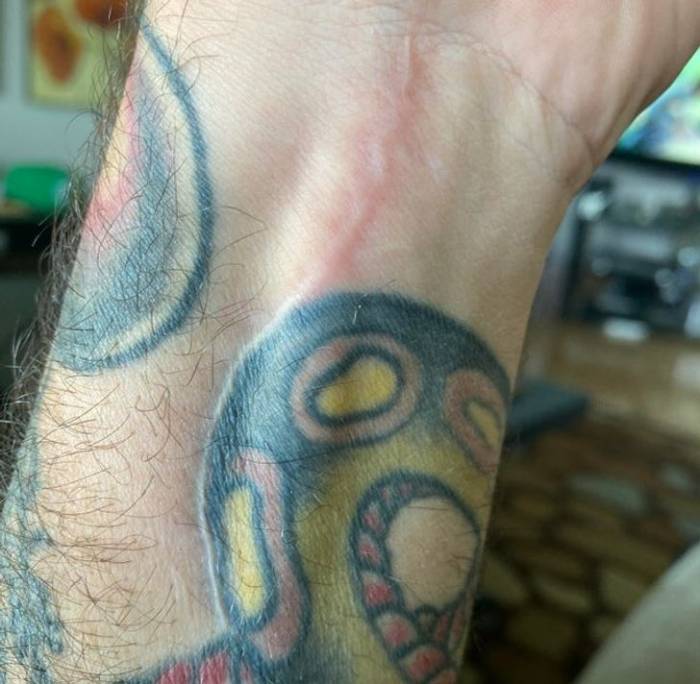 #10 Every Thursday morning my little nephew waits for the sanitation worker to arrive so he can help.

#11 A neighbor that I’ve never even spoken to saw that I was home alone all day on Thanksgiving and brought me this. 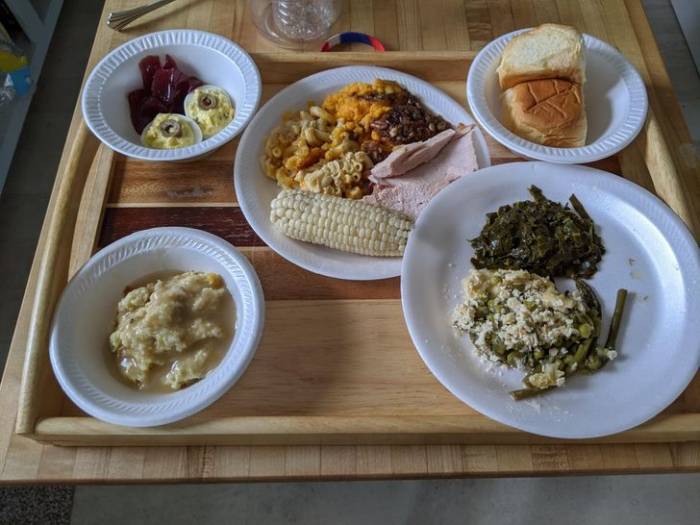 #12 Sometimes when people say “Forever,” they mean it. 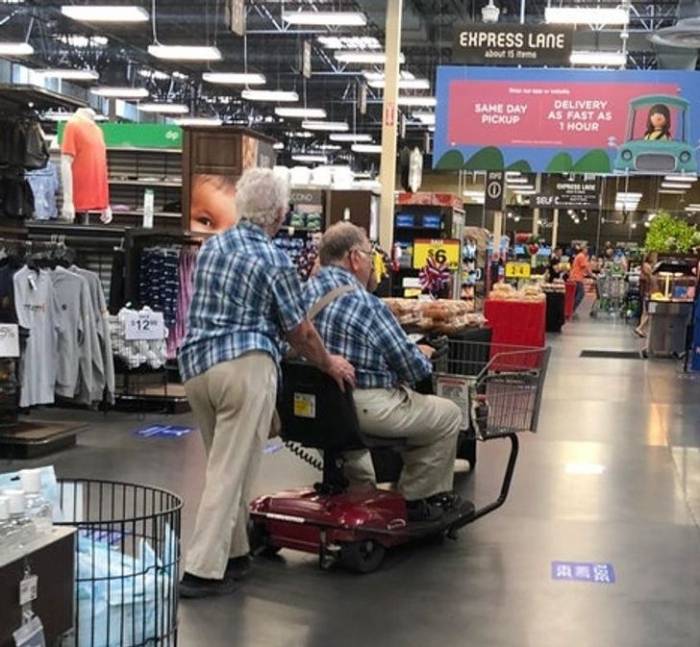 When I was 8 years old, I found a 4-leaf clover and gave it to my father for good luck. When he died, I found out he had kept it. 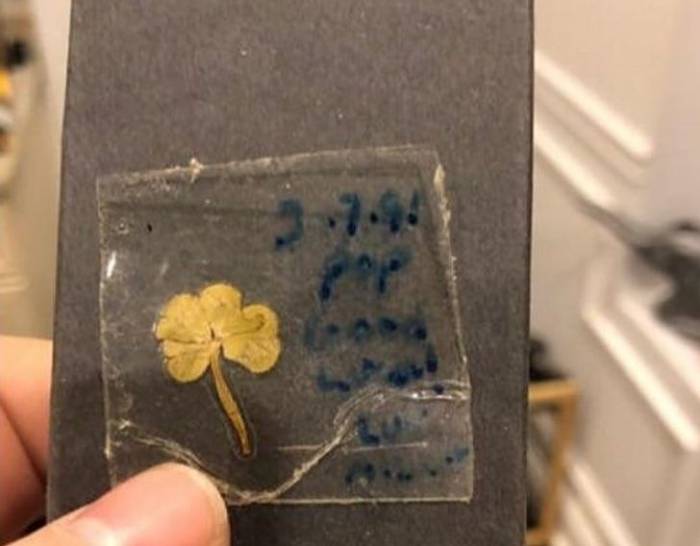 #14 My nan has dementia and every day she meets my dog for the first time and falls in love with him all over again. 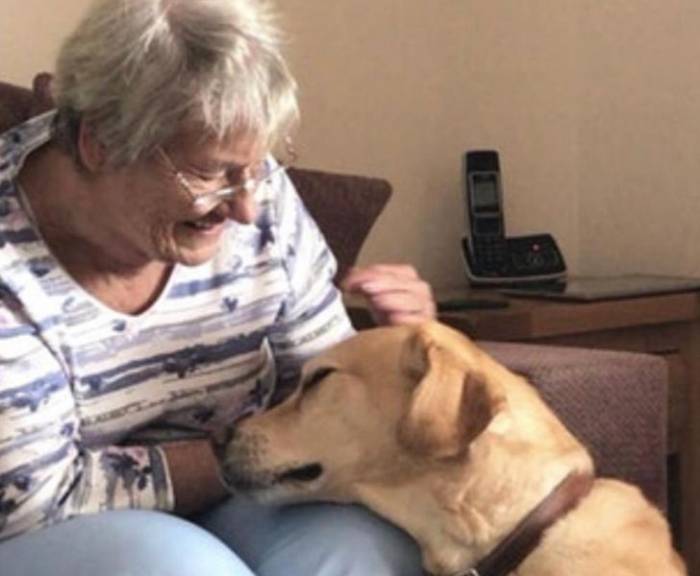 #15 This dog is sleeping in a window display in Turkey. The store workers let him stay the whole time because it was so cold outside. 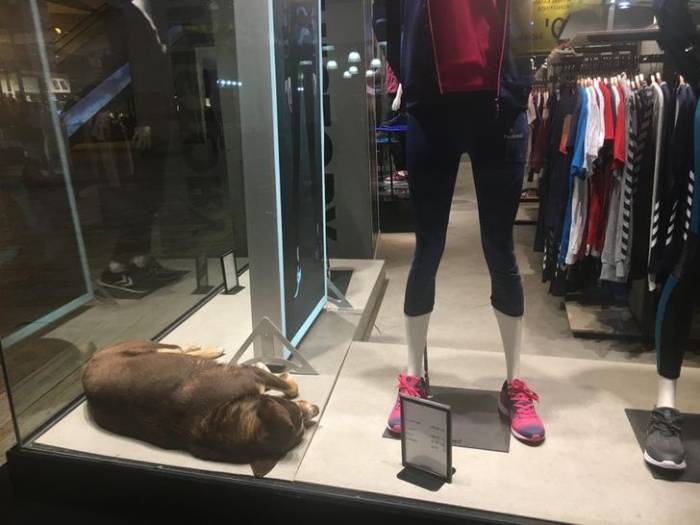 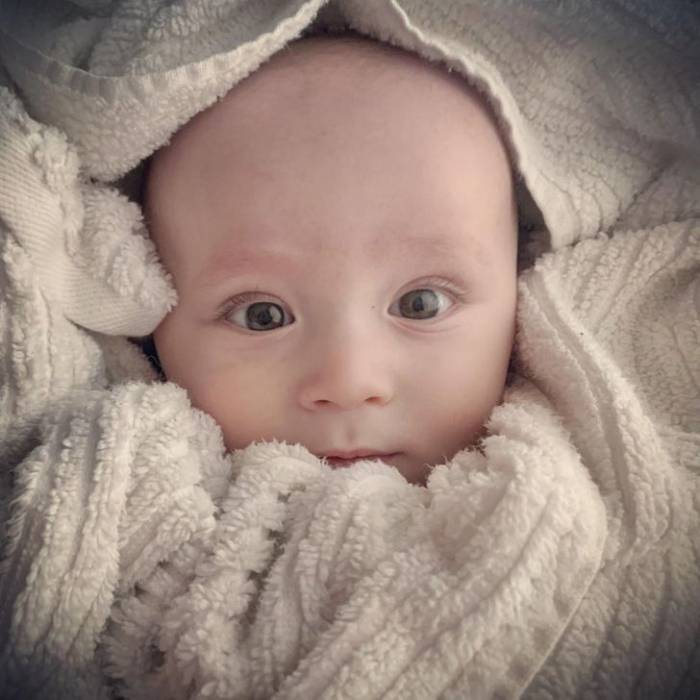 At a Waffle House, in La Marque, Texas, this elderly man told the waitress that his hands weren’t working very well. He was also on oxygen and struggling to breathe. Without hesitation, she took his plate and began cutting his ham. This may seem small, but to him, I’m sure it was huge. A little bit of kindness can go a long way. 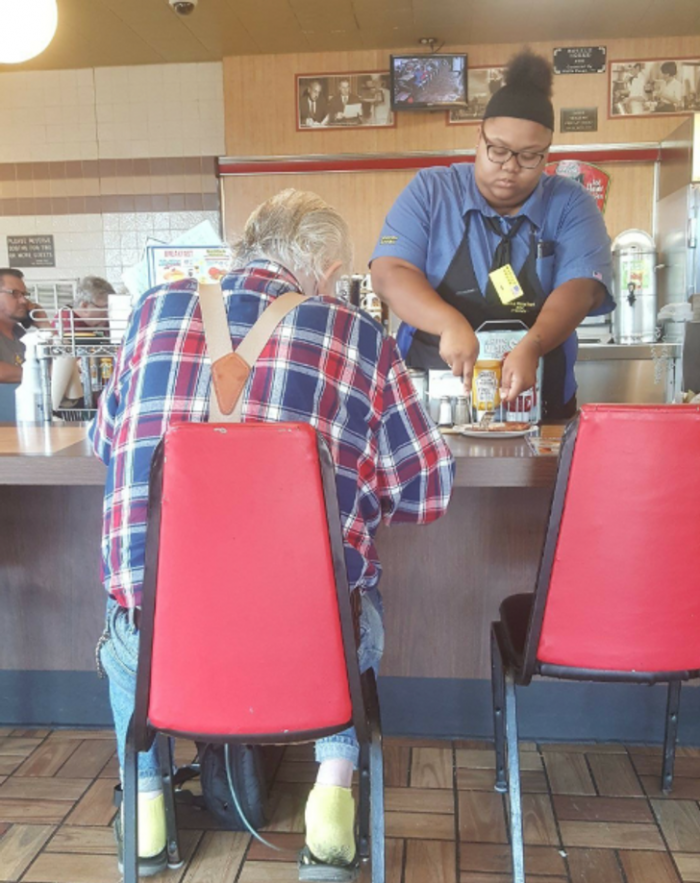 We were told that it was not likely we’d be able to carry a baby to full term. Every day of pregnancy was stressful, but look at this beautiful boy! 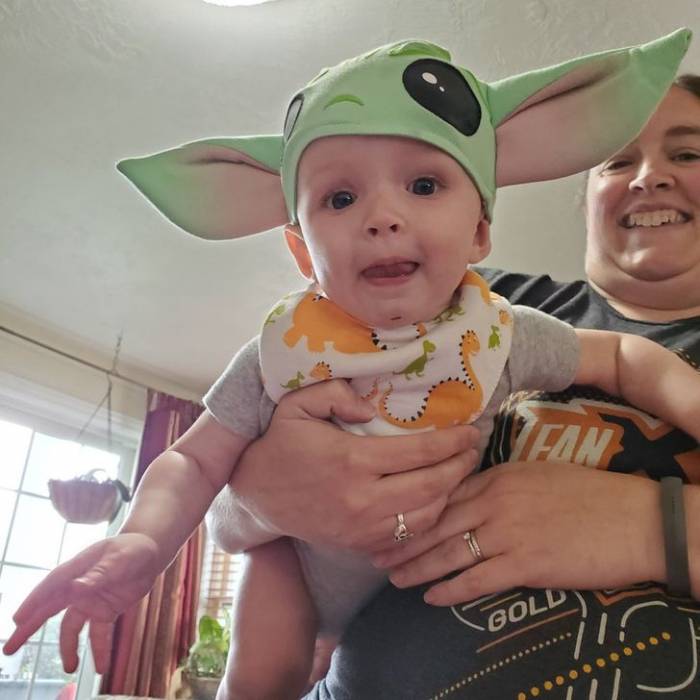 #19 This 84-year-old grandmother who was in the hospital was embarrassed to wear her nightgown, so her grandson wore one too.

My 84-year-old grandmother apologized for having to wear her nightgown in front of us. I said it was no problem and that it actually looked very comfortable, so she immediately offered one to me. It’s not like I could have turned down this generous offer. 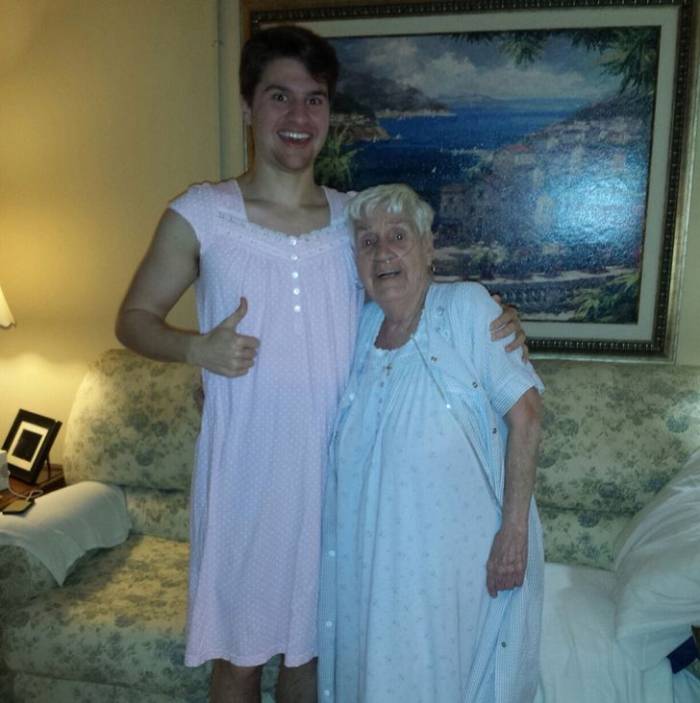 Gabriel Nobre, 19, with his mom and sister right after he found out he’d passed Brazil’s famously difficult university entrance exam. The young man had cut a deal with a prep course to clean the building in exchange for free classes to help him prepare for the exam. 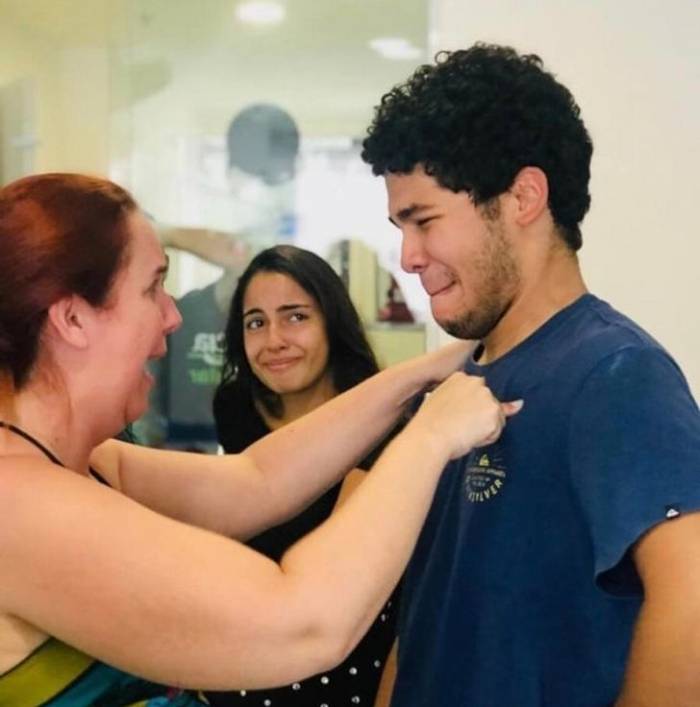