2018 Kicks Off With One Of The Most Bizarre Fashion Trends, Crotch Charms.

If you have not seen anything about this bizarre new fashion trend. Crotch charms are discreet pieces of jewelry that you attach to the crotch area of your bikini bottoms. Once your crotch charm is in place, it will hang between your legs guaranteeing that your private parts become the focus of everyone's attention. 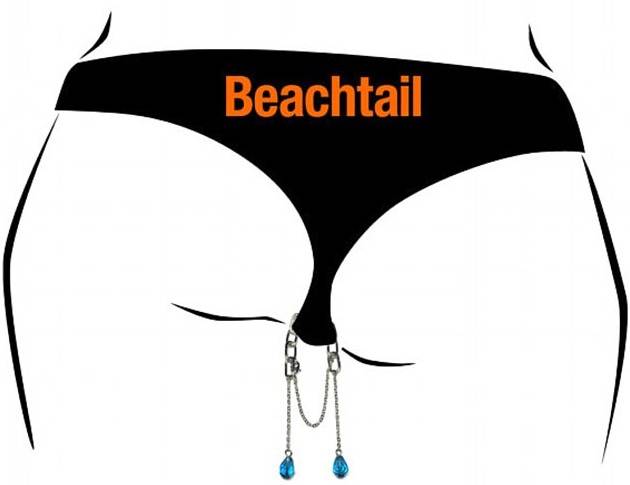 Since your nether region will now be the first thing people notice about you, be sure to keep up on that bikini wax! On a serious note, this is probably one of the dumbest trends we have seen so far. It was created by BoDivas which is a Japanese brand out of Tokyo. Knowing that this trend comes from Japan really explains a lot.

While a lot of people have cracked jokes about these crotch charms, many are wondering about the health issues that wearing these can cause. A woman's vagina is a very sensitive area. We can only imagine what kind of damage can be caused when the chain for these charms is rubbing against it. 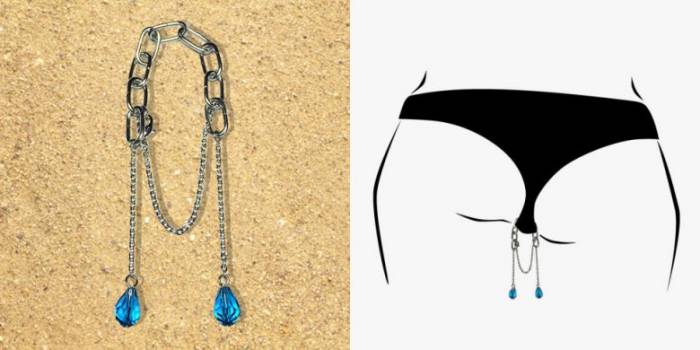 These charms have also sparked an angry debate online when someone brought up these charms in a discussion about feminism. One person wrote, "Once again ladies trying so hard to draw the attention of men towards that angle and when men come calling they cry sexism. Alright guys quickly let’s hang beads from our ding dongs and make things even." 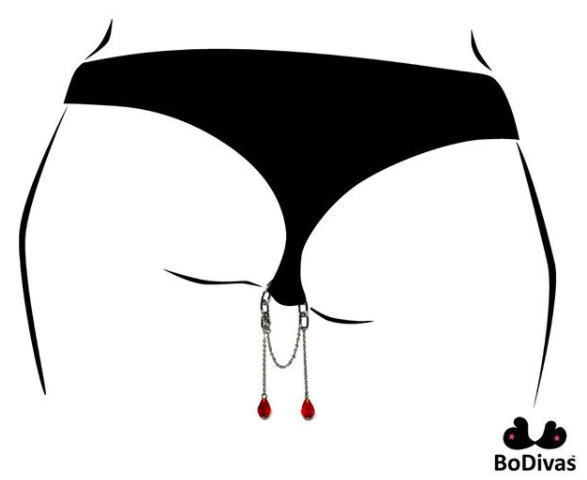 These chains are meant to hang down three inches between the legs making sure that they are visible from all angles. They are priced around $20 which is another cause to be wary about how the metal of these charms could affect your delicate vagina. Will the metal that they are made from tarnish and turn green. It just sounds like an infection waiting to happen.

Even though these crotch charms have garnered a lot of attention online, there are have yet to be any product reviews posted for us to see how people really feel about the product after using it. Even still, it seems that the general consensus is that these are just a bad idea.