25 Creepy Pictures That Prove Context Is Everything In Life

It is always important to know the real story behind every picture and this gallery shared here is the proof of it. 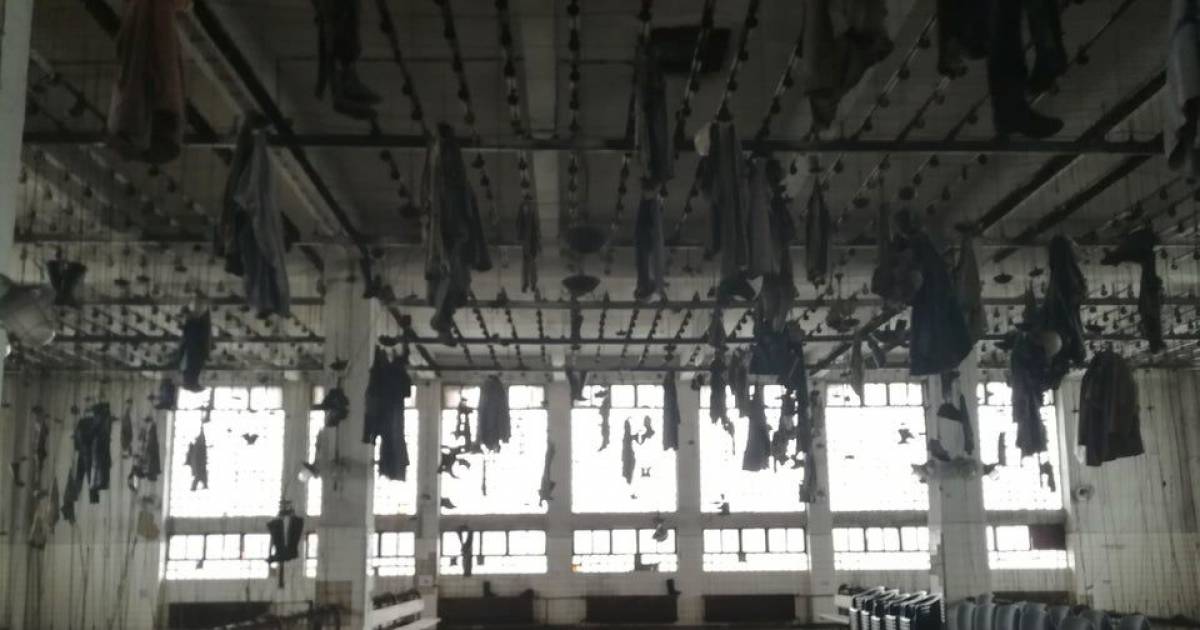 This image on an old Russian tombstone was originally intended to honor a beloved family member. This guy's family had no idea the ravages of time would make him look like some kind of Sith lord. 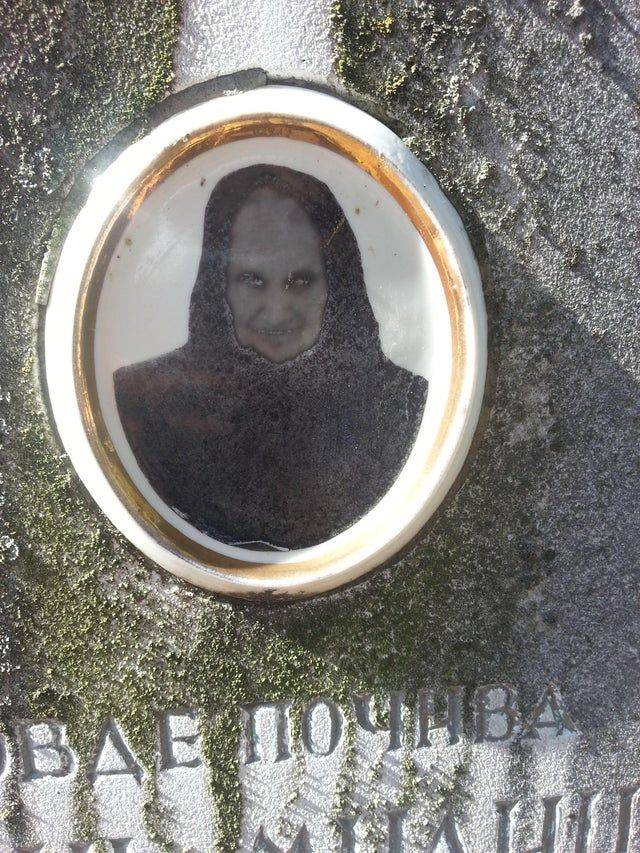 #2 As creepy as this picture appears it is just a view from a highrise during a rainstorm. 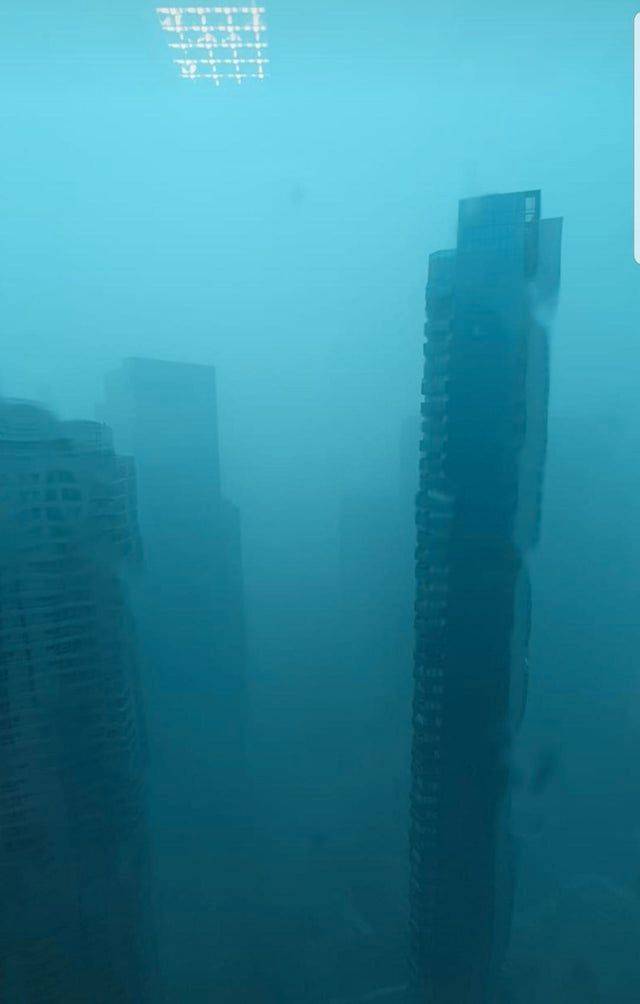 #3 This picture looks sinister but is simply a Zimbabwean witch doctor offering blessings to a random kid back in the day. 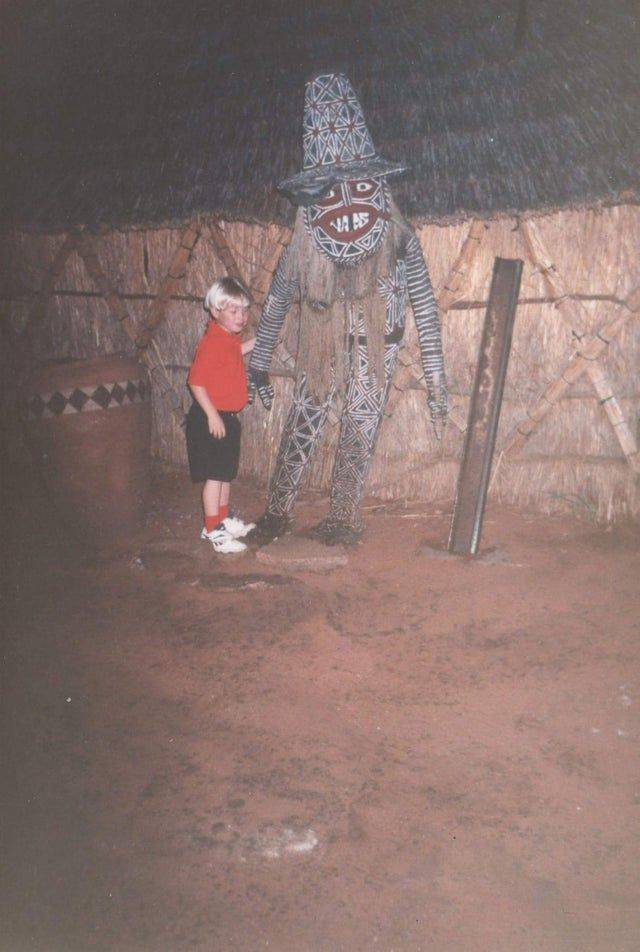 #4 Yes you get this right. This is an executioner mask from old times 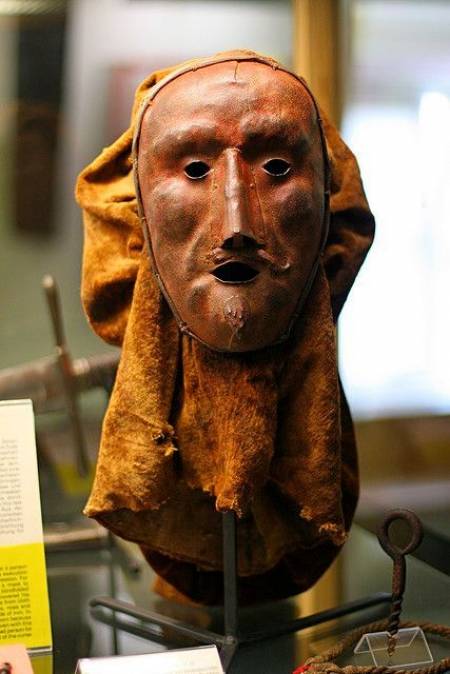 #5 No these are not bats. This shows a coal miner's changing room. 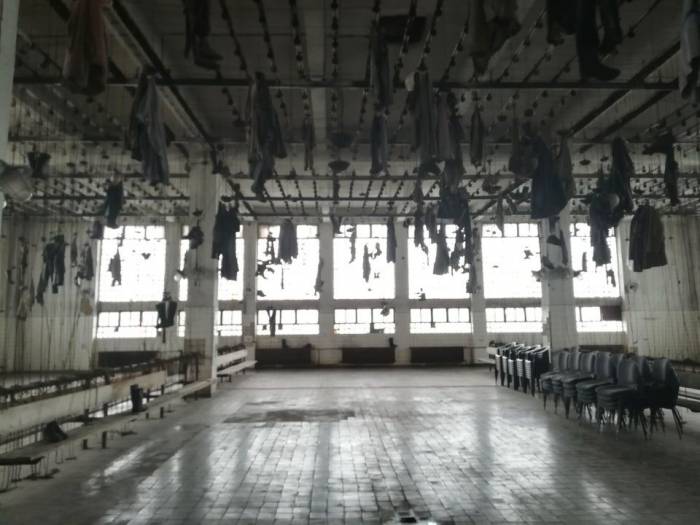 #6 Bodies hanging? Nah, these are just bushes that have been wrapped up to protect them from bad weather 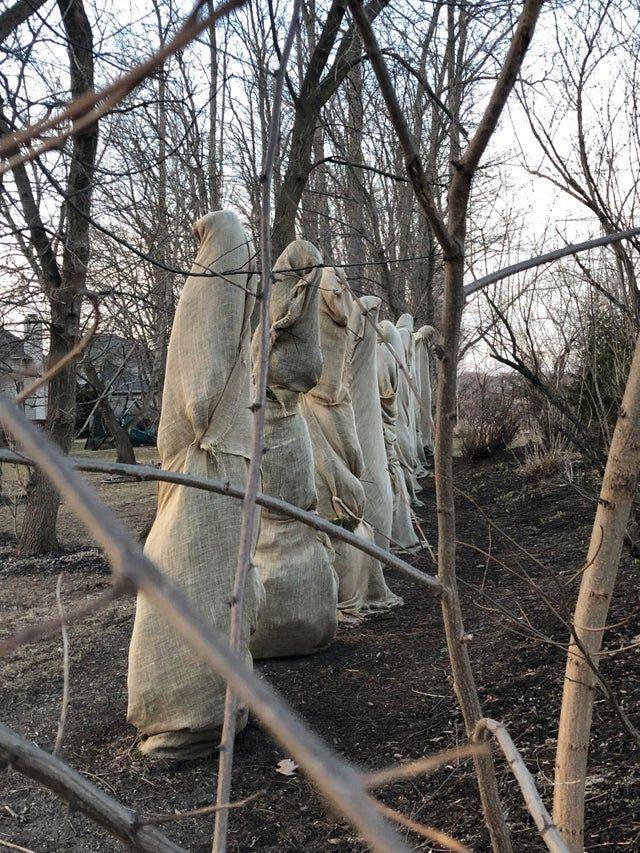 This 26-foot-tall statue of an angel doesn't look as heavenly or as welcoming as most depictions of angels. It's been constructed using more than 100,000 confiscated weapons. 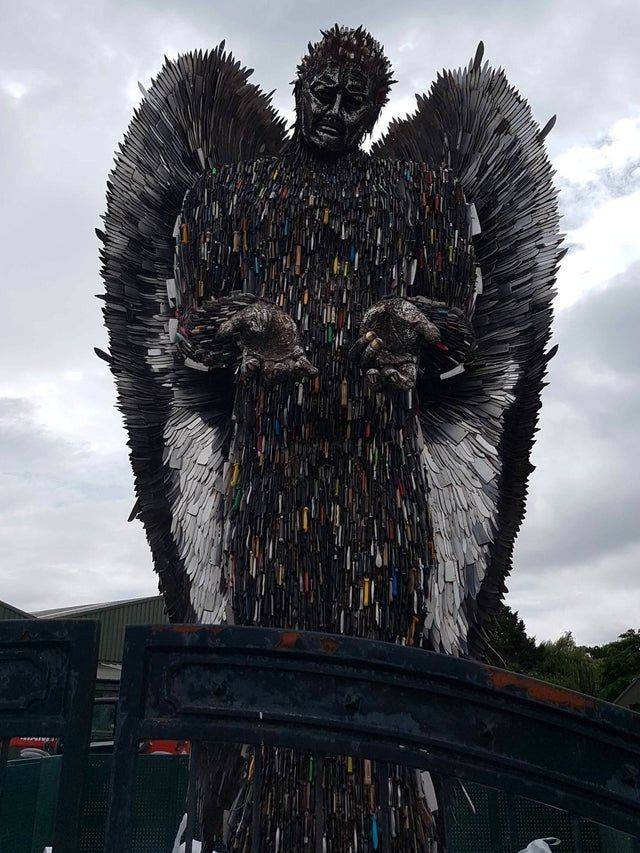 #8 He looks as if he has seen things.

This puppet was in a music video back in the day ("Evil" by Interpol). It always looked a little freaky in the video, but after a few years it's really perfected its horrifying visage. 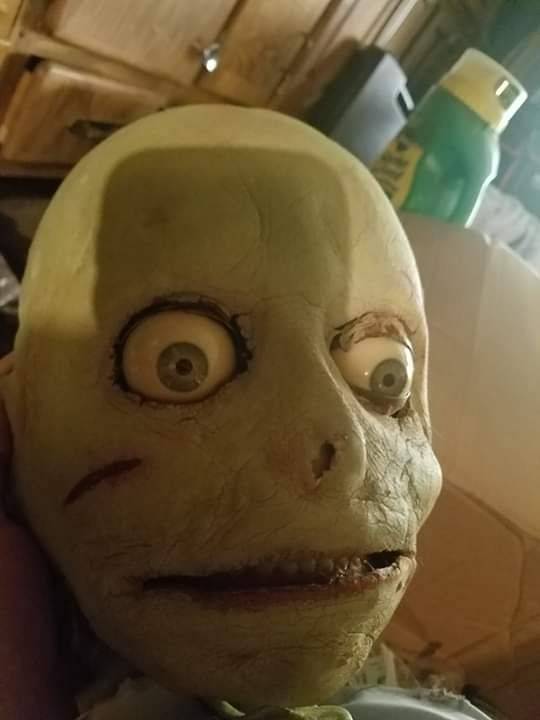 #9 Just a Kangaroo knocking at the door to let him inside the house. Nothing to worry about. 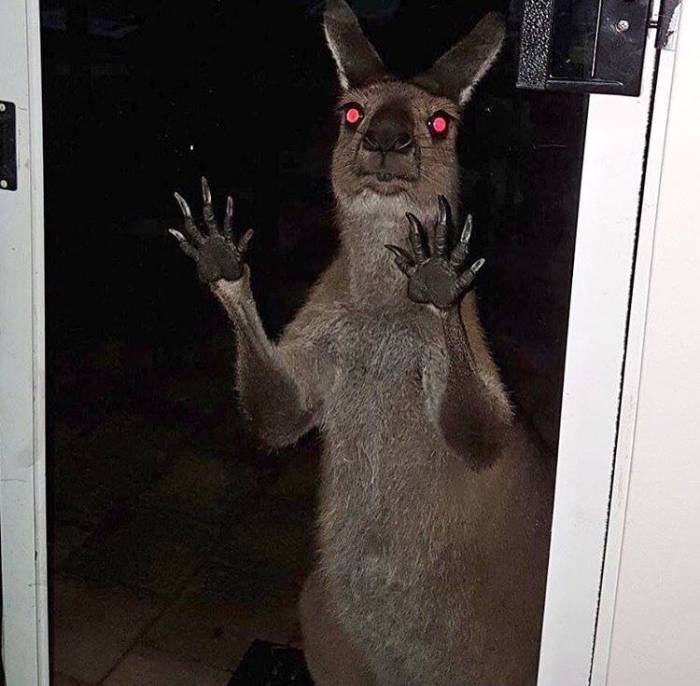 #10 When you work at a supermarket meat section but want to show people the artist inside you. 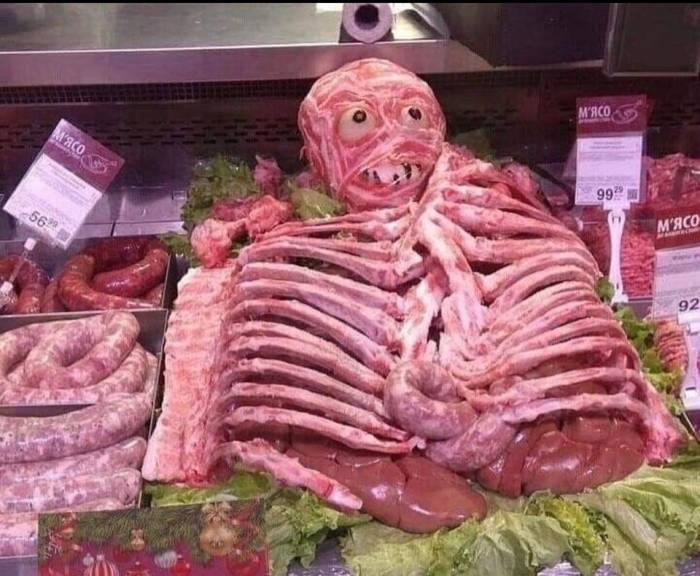 #11 Humans at their worst

This shark was preserved in formaldehyde at an aquarium after it died. The aquarium has since shut down, but ol' Sharky is still in that formaldehyde, destined to ever so slowly decompose over the coming years. 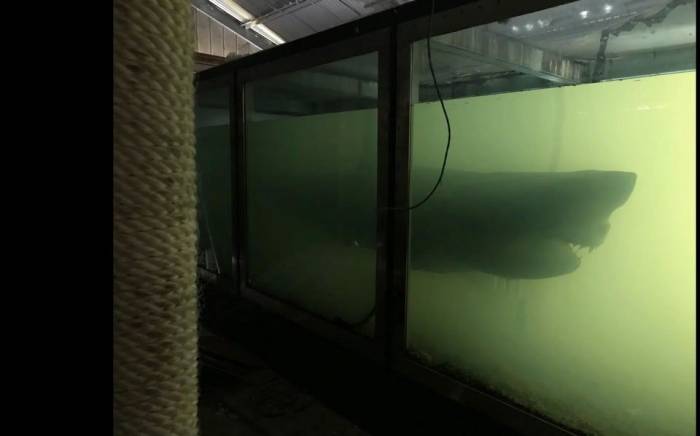 #12 Just lots of animals eyes sparkling in the dark 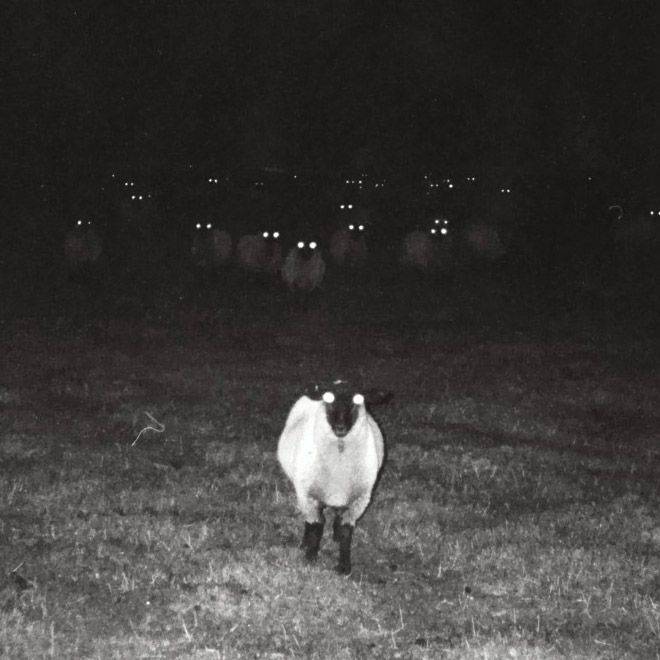 This animatronic nightmare played its last animatronic ditty at a Chuck-E-Cheese some thirty years ago. Since then, he's been silently holding his guitar, patiently waiting in his plastic bag prison. 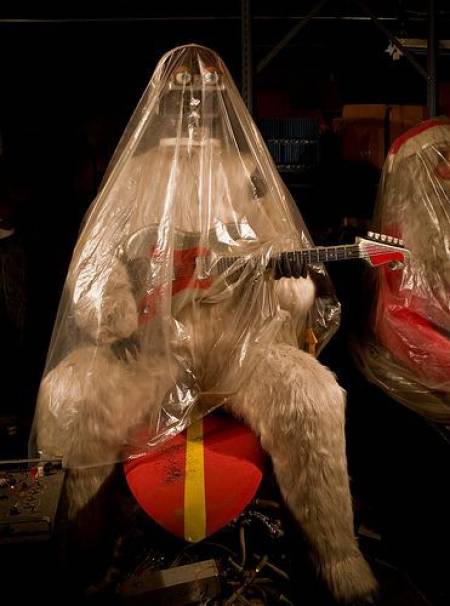 #14 Who is sick enough to do this thing?

If you look around a bit, Europe is chock-full of churches and other assorted monuments where literal human bones are a major design component. This freaky image shows the Bone Chalice in Kutná Hora, Czech Republic. 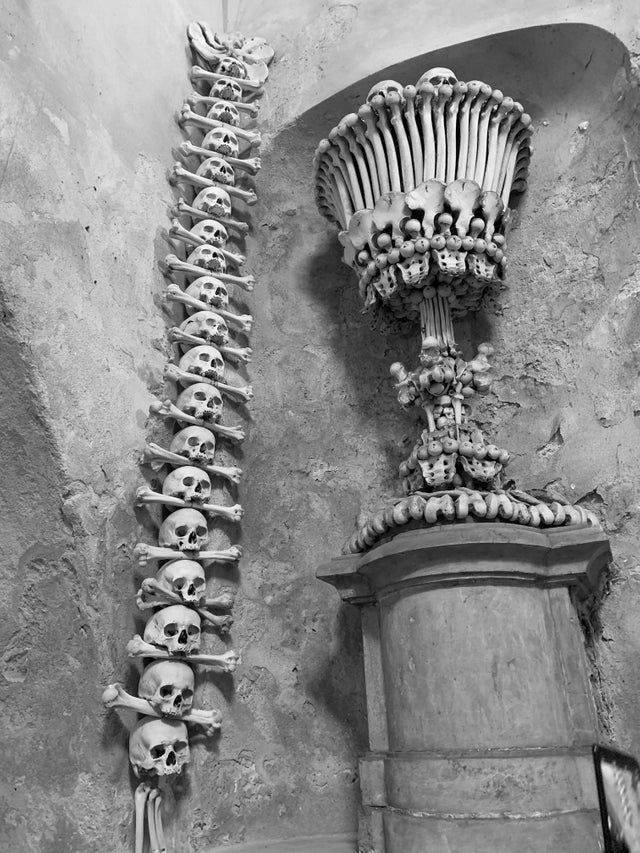 This pit to an underground volcanic chamber is super unsettling. Even though it's naturally occurring, the dried lava floes on the side look an awful lot like writhing human bodies. 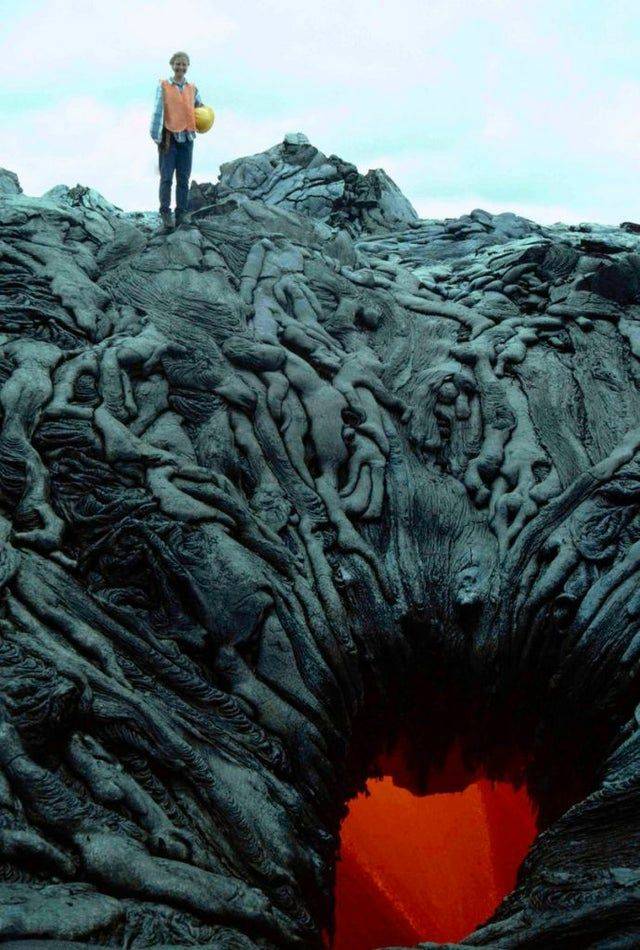 #16 Sick to the stomach after reading this.

Back in the 90's, there was a cool comet called Hale-Bopp that could be seen for awhile. This cult decided to commemorate the occasion by committing mass suicide. But the few members who didn't kill themselves still maintain their website. 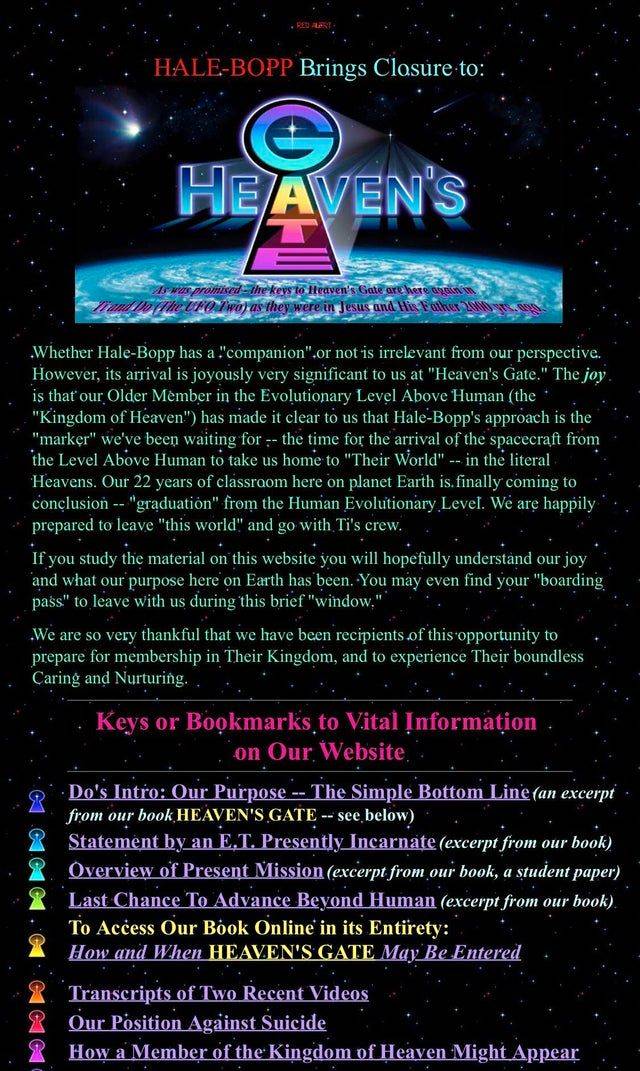 Just a street vendor in Cairo in roughly the year 1865, selling a few ancient mummies. 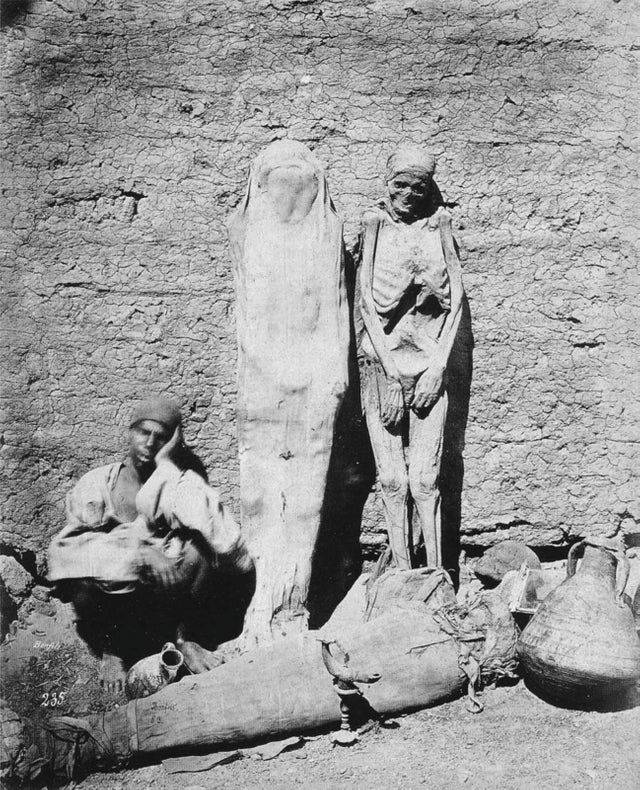 It's hard to tell what exactly these notes even say, but the uploader described them as "very deliberately laid out" in their driveway. 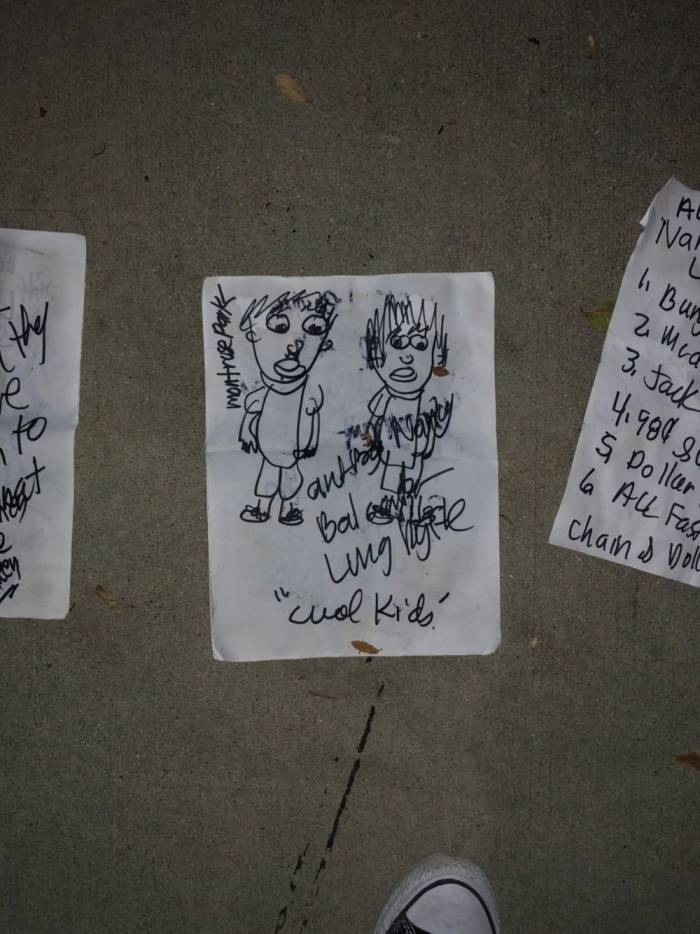 #19 Imagine going to the beach to relax and seeing this sign.

It's good to see so many clear warnings of what could happen on this British beach, but it's still an eye-opening sign to come across. 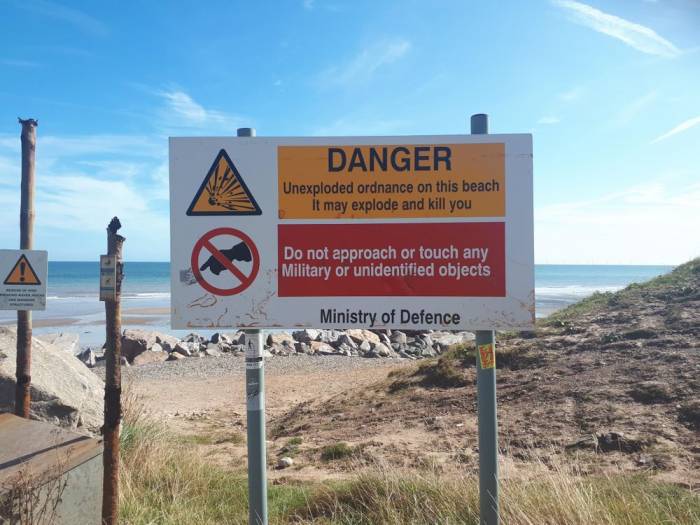 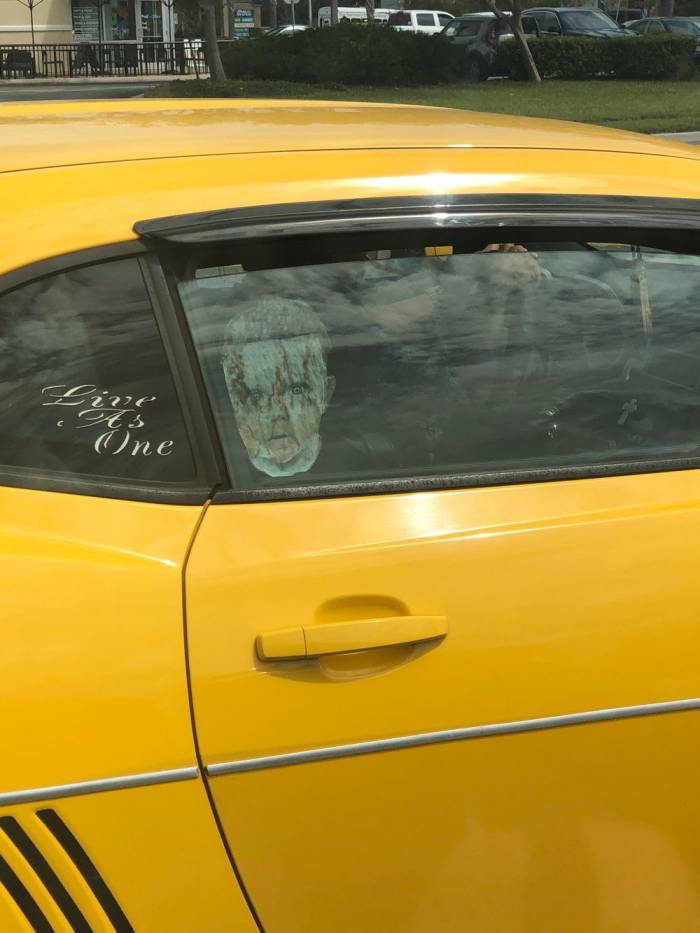 #21 A snake taking refuge inside an air conditioner. Not cool. 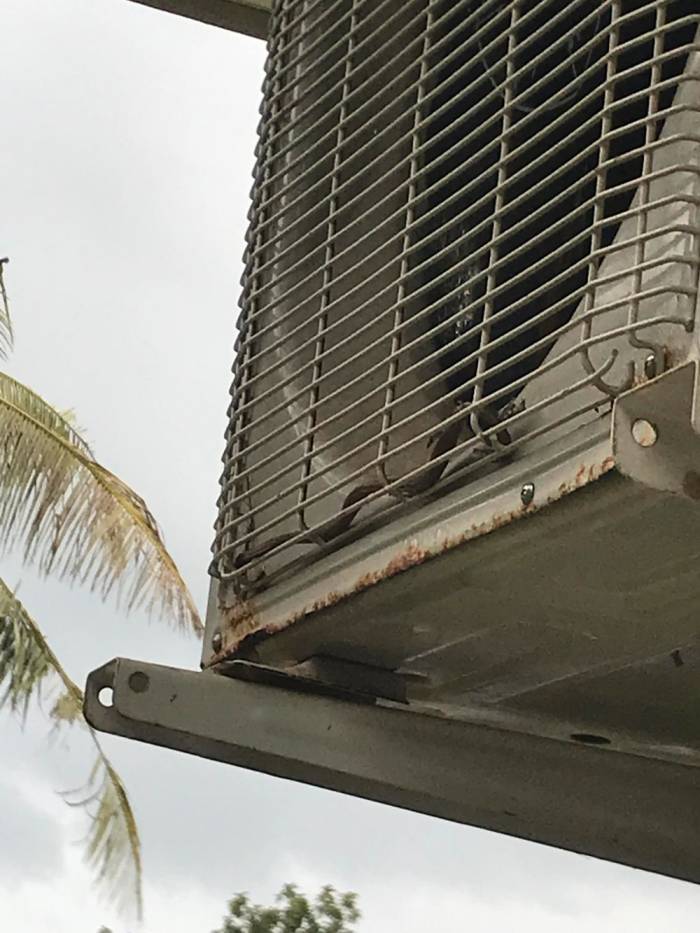 #22 Just a vaguely humanoid shape is sitting in a chair.

We don't know where this is, why it's here, or why it seems like somebody set it on fire, but those all seem like pretty important questions. 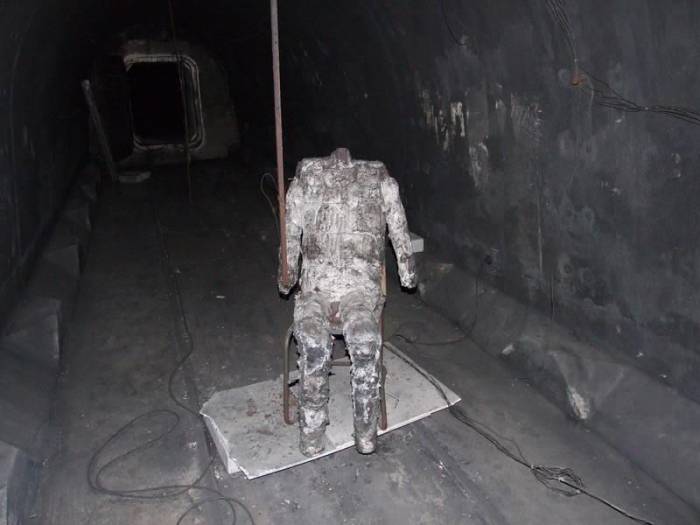 #23 Wonder if anyone reported this psycho person to the police yet?

Somebody is indeed driving around with what are essentially mummified animals in their back window.

Between the likely mental state that would lead to such behavior and how it must smell in there, this picture is full of uncomfortable realities. 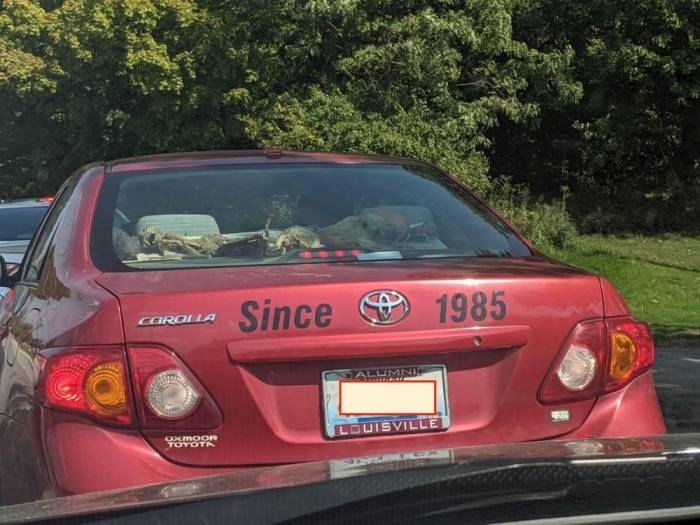 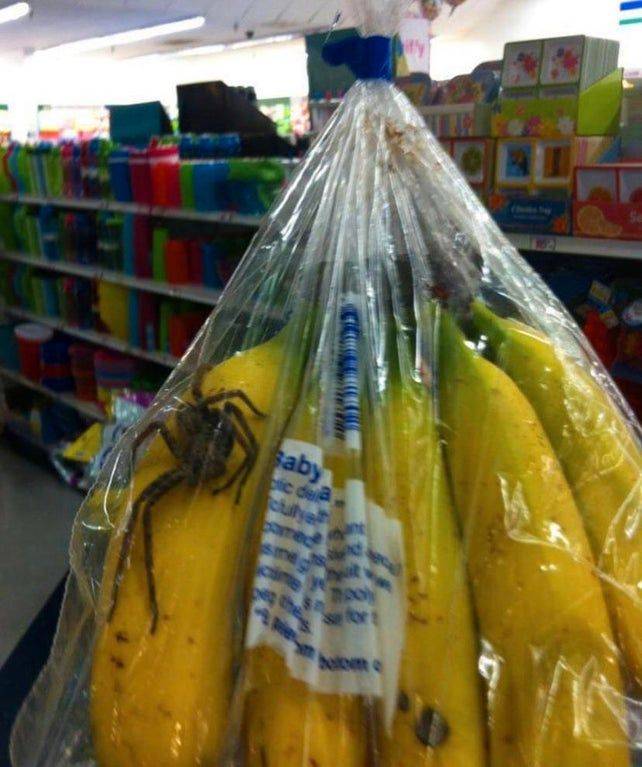 This is called a dacryolith and according to the American Academy of Opthalmology, it can form when dead internal tissue, lipids, calcium, and other debris build up in the ducts.

As the uploader learned, it can also hurt intensely when it gets this serious. 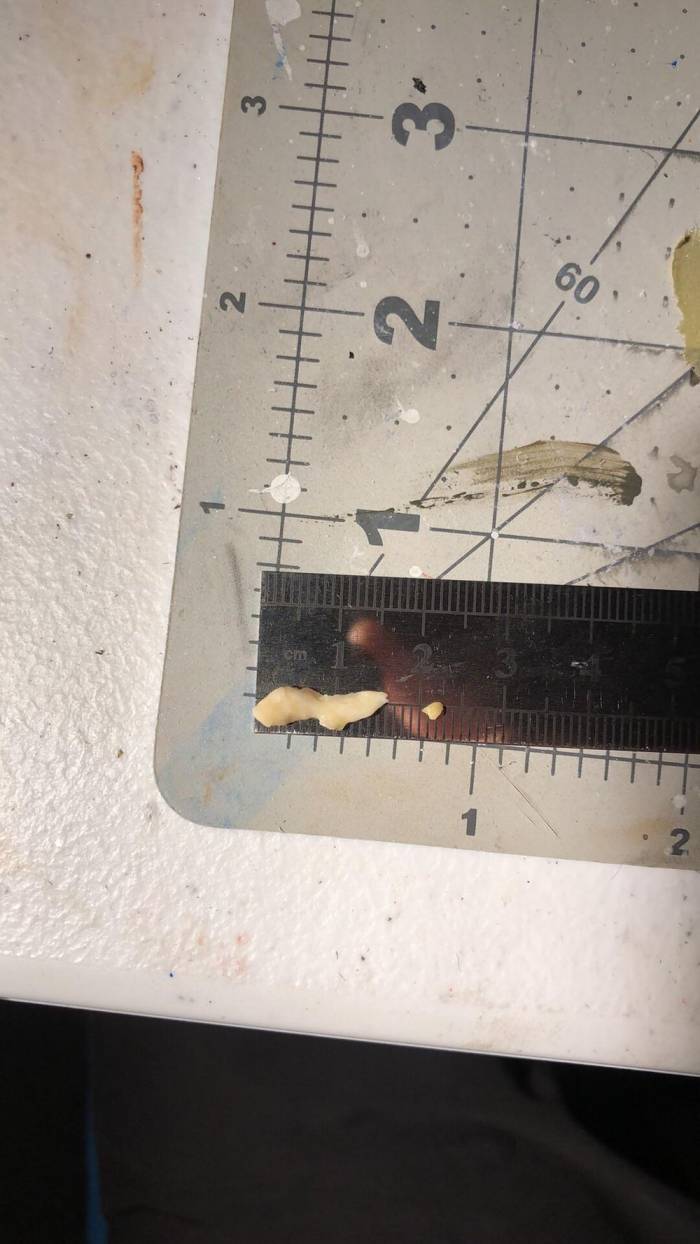 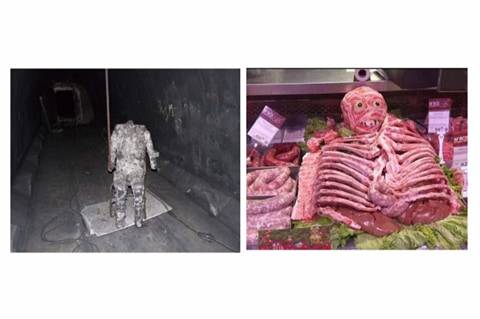