30 Times Men Tried And Failed To Write About Women

Posted by in Fails On 13th August 2021
ADVERTISEMENT

These people shared some hilariously bad examples of writing by men as they tried to describe women in their books.

Man was about to crack her open like a Capri Sun 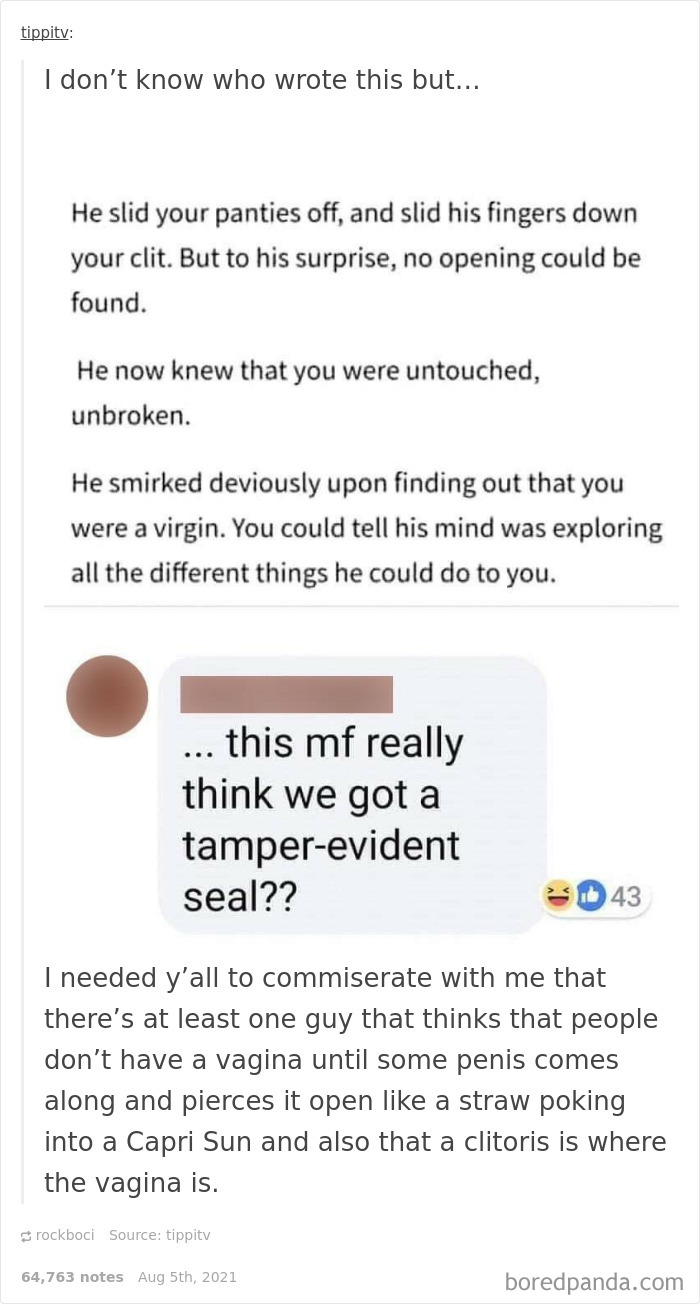 and Serena Williams wouldn't even break a sweat

He is clearly describing the inflatable woman he keeps in the garage and not a real one. 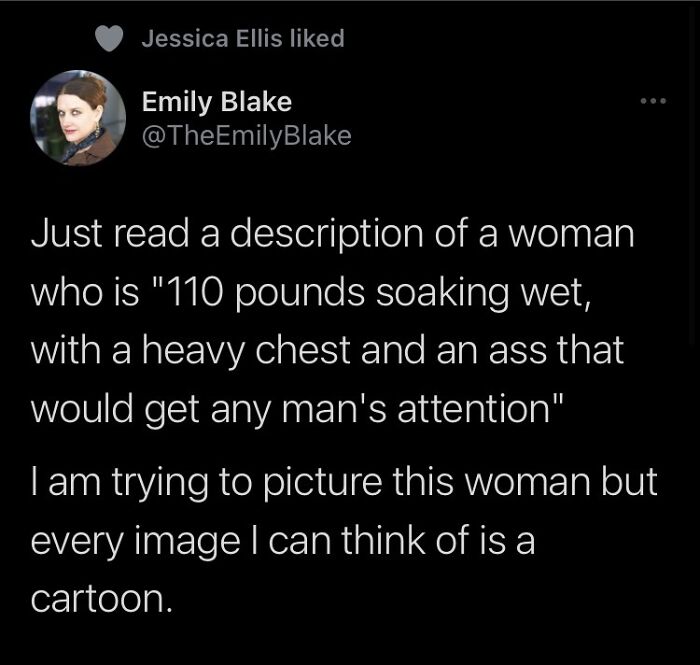 That's not how anatomy works.

5th base is when you get to the jazz cafe 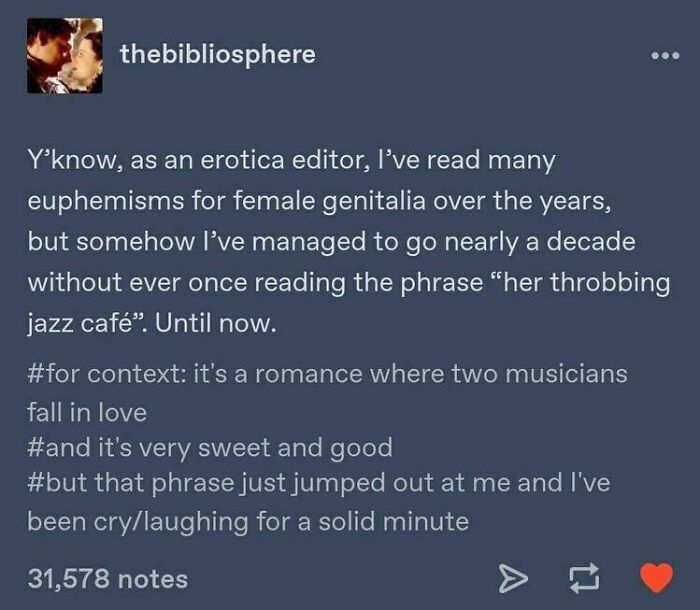 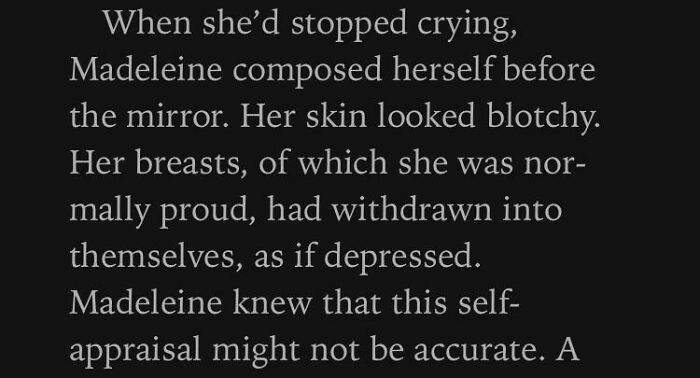 Man they even got Wonder Woman 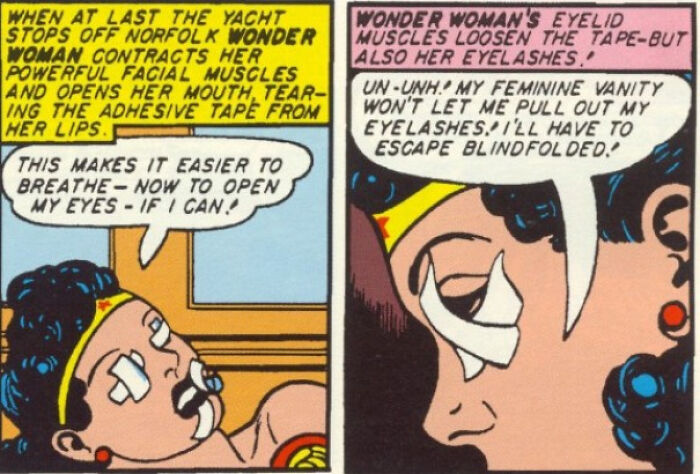 Is it possible for someone so smart to also be so stupid? 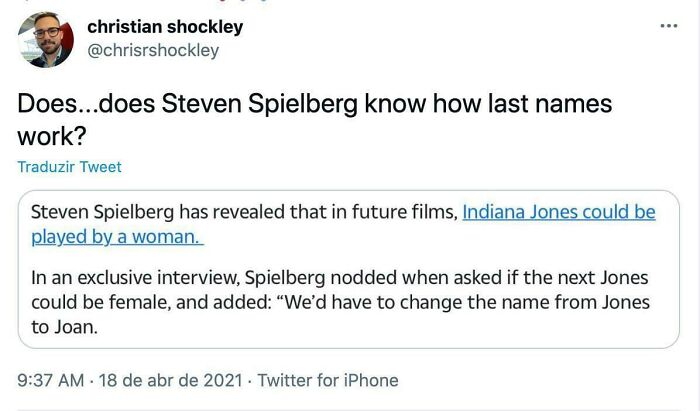 What you're describing sir is a literal giraffe 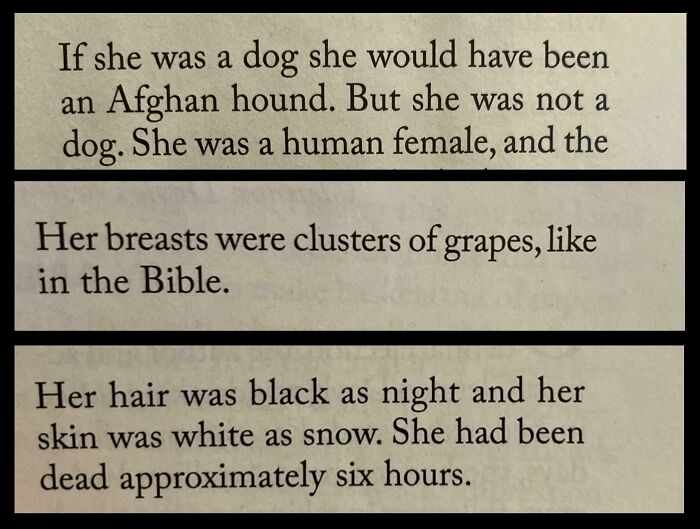 Oh the thing that every woman does, everyday? Try again, my dude.

We share the same aggression portrayed by the yellow highlght.

Is that why they won't put pockets in women's clothing?

Murakami met a woman once. This was not her.

Author - Totally not Donald Trump, why do you ask? 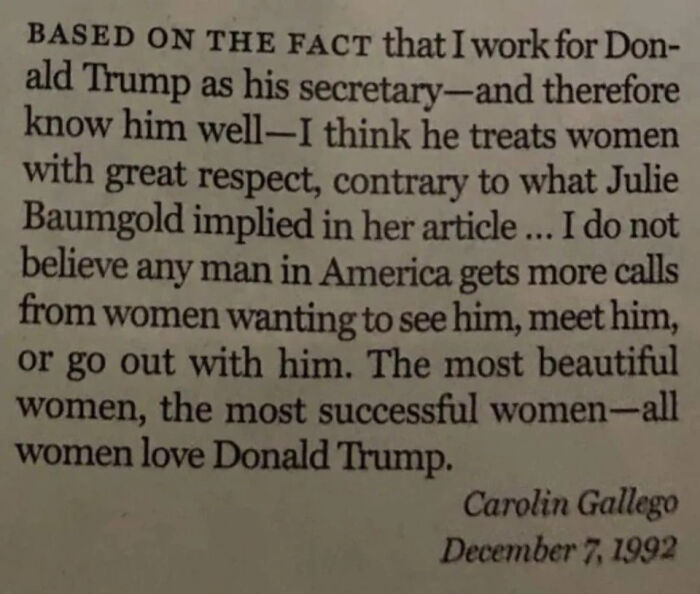 A regular renaissance man we say.

That first sentence hits you like a truck and you wish that it had done the job so you wouldn't have to read the rest of this bs.

Cixin Liu describing the protagonist's dream woman. She needs to be smart but not smarter than me because that's not sexy /s 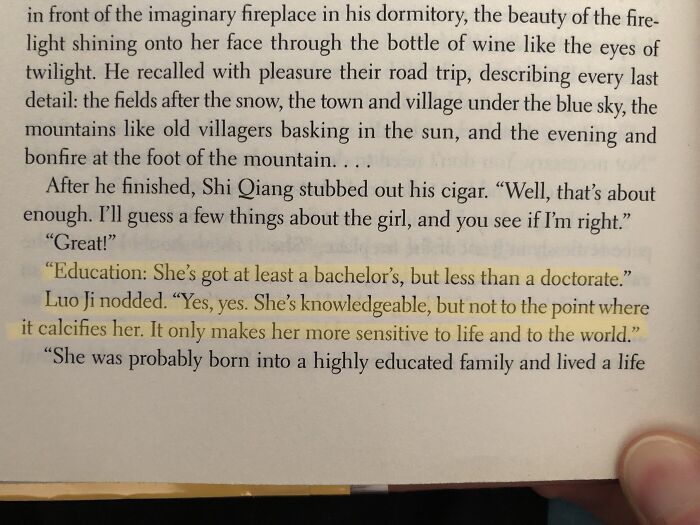 Jim Butcher was so proud of this he put his name on every page. Where's the eye bleach? 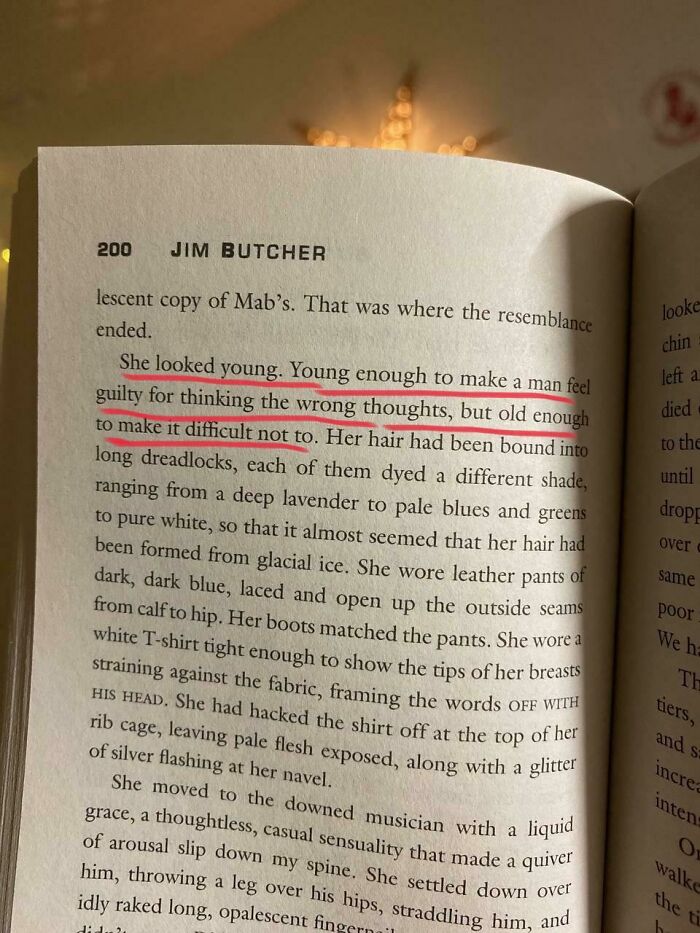 They're not robot arms to be moved every which way. 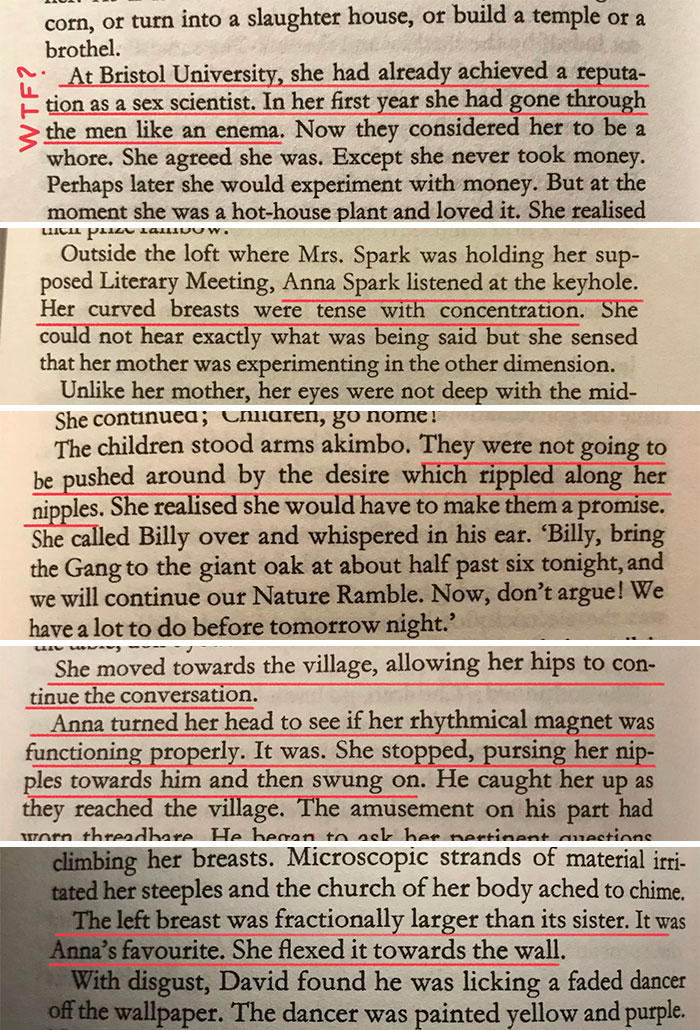 Men need to stop. We literally have 7 more pictures to go through.

Have you seen women? Pitbulls? The inside of a classroom? 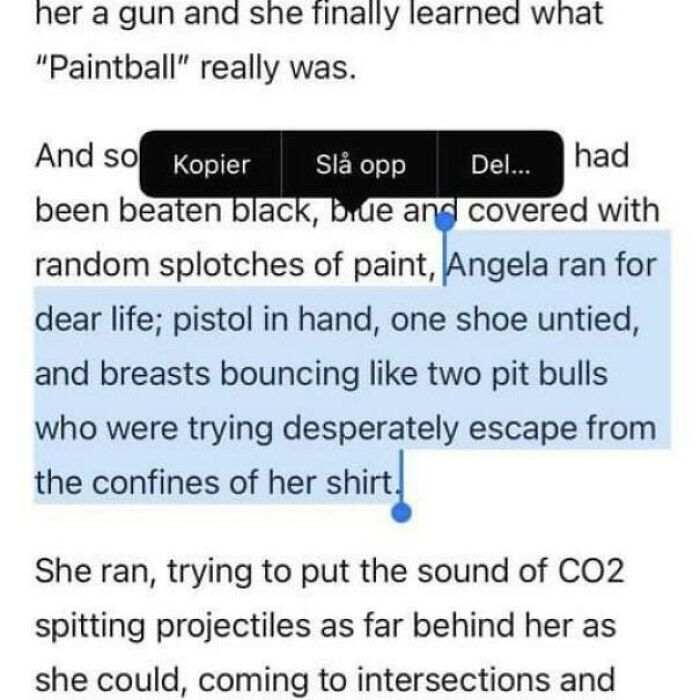 So there's a hole there? Right through the ribcage? 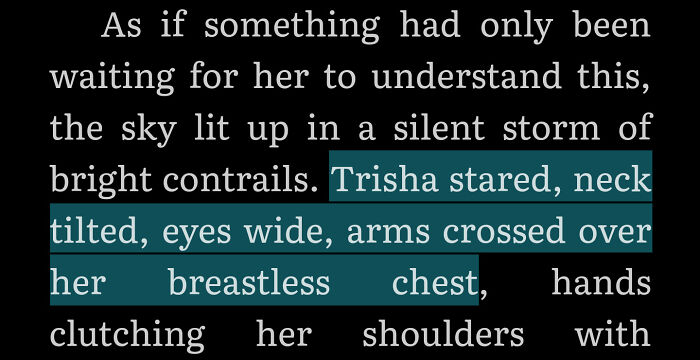 This is a terrifying paragraph and the only book we'd gladly burn.

Why do men think its so necessary to describe their breasts in the first moment? 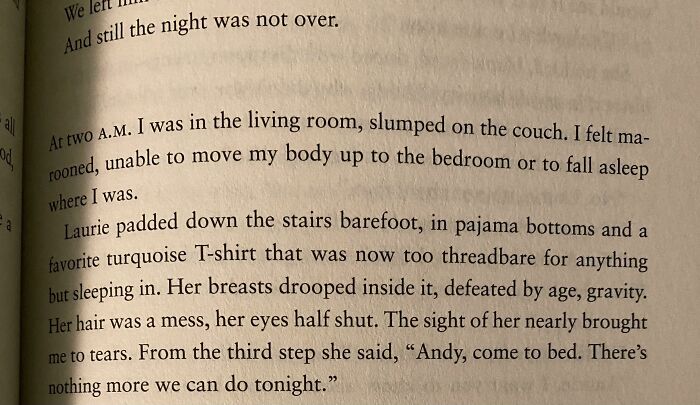 Well, it must certainly be bigger than the brain being used to write this.

The context that the reader gave makes it so so much worse. We're done here.

"I’m Just On Page 3 Of This Book, And This Is The Detective’s First Thoughts On The Mother Of A Kidnapped Child" 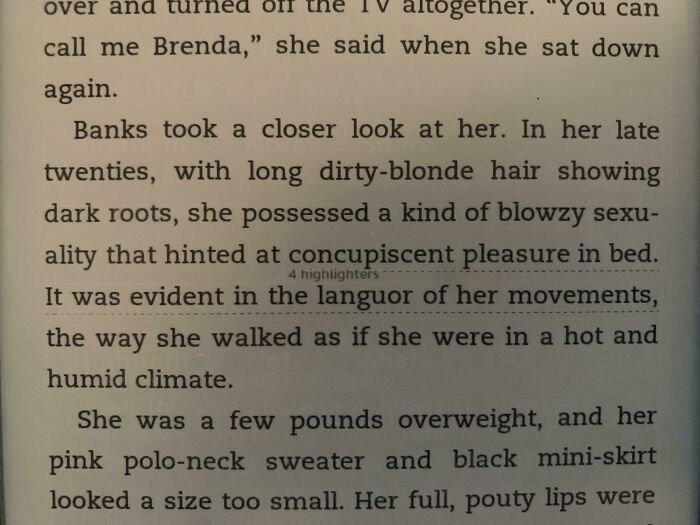