Posted by Sama in Heartbreaking On 23rd November 2020
ADVERTISEMENT

In a terrible incidence of animal cruelty, thousands of pet animals were reported dead at a logistics facility in Central China. The animals were found in a terrible state, cluttered in cardboard boxes. According to the local rescue group owner, the animals died because they were not given food and water for weeks and were kept in pathetic living conditions all the time. 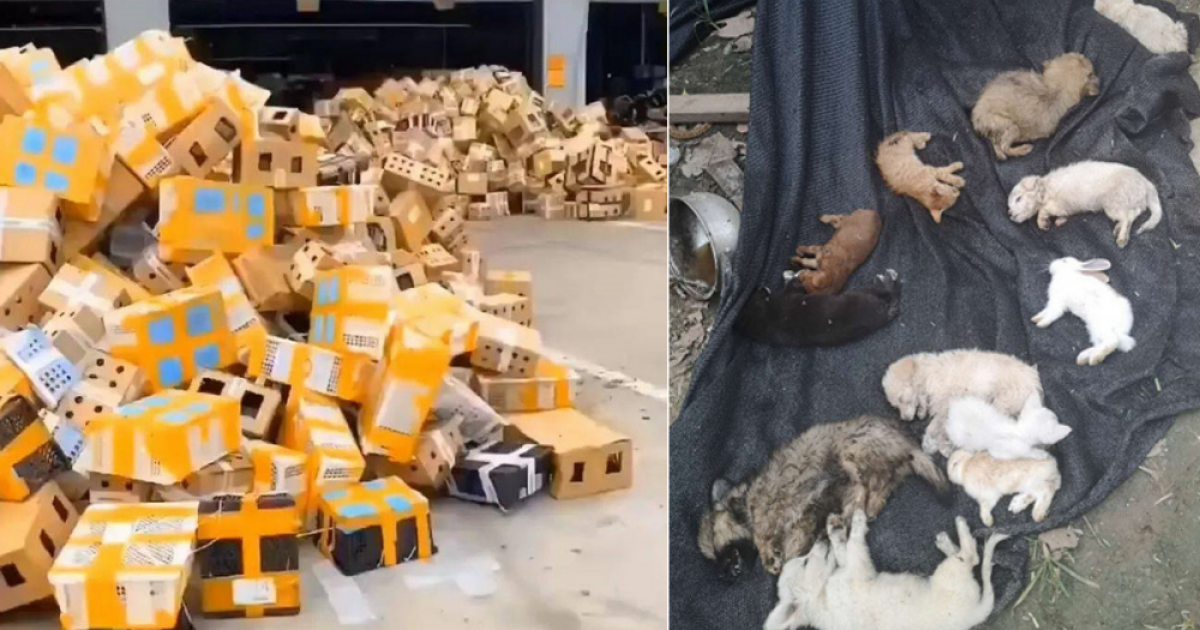 A tragic incident at Dongxing Logistics shipping depot claimed the lives of thousands of pet animals.  Animals were found dead in cardboard boxes at a logistics facility in Central China, and it is suggested that the grim incident happened as a result of miscommunication between the supply chain that led to the terrible happening. 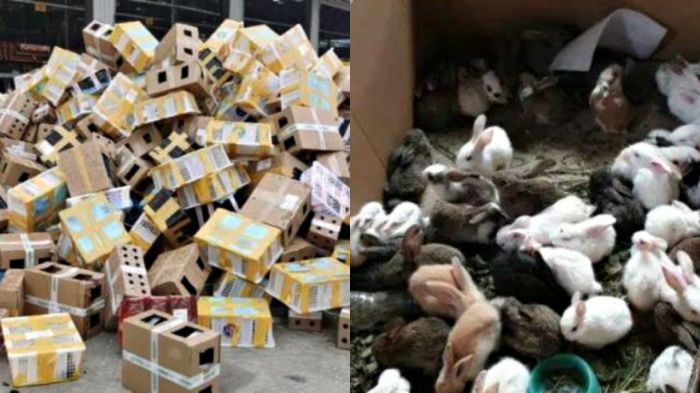 According to a local animal rescue group, an official investigation has been launched into the incident.

"The station was cluttered with express boxes with thousands of animals that had already died, and the entire place reeks of rotting bodies," said Sister Hua, the founder of animal rescue group Utopia. She doesn't use her real name, saying she prefers to keep attention on the animals rather than her personally.

"It was like a living hell," she told CBS News in an interview. 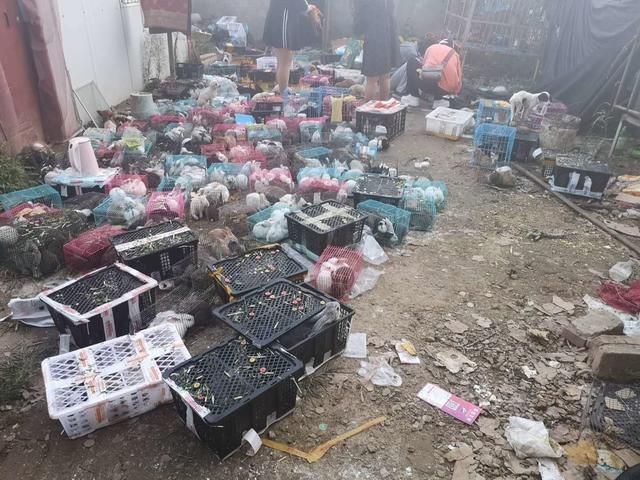 Before found dead at the Dongxing Logistics station in Henan's Luohe city, the animals' were left in these cluttered cardboard boxes without food and water for weeks probably.

"It was obvious they died of suffocation, dehydration and starvation," said Hua.

According to sister Hua, Chinese law prohibits the shipping of animals in normal packaging. The mass number of animals kept in such condition suggest these poor animals were bought online as pets but left stranded at the logistics depot because of a delayed collection, as the logistics company involved may have refused to sign off on a shipment violating transport laws. 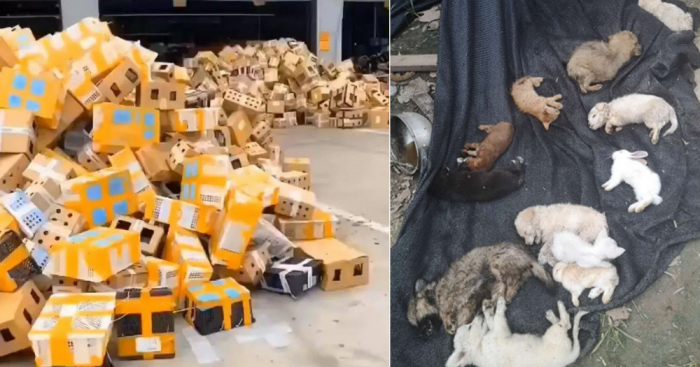 "Miscommunication inside the shipping company and the inconsistency of the implementation of shipping regulations directly led to the tragedy," Hua said. "Of course, both buyers and sellers bear the responsibility, too."

The shipping company Yunda updated that it was not aware of the incident, but that its staff had confirmed that they allowed live animals to be transported in boxes with holes, according to the state-run Global Times newspaper. 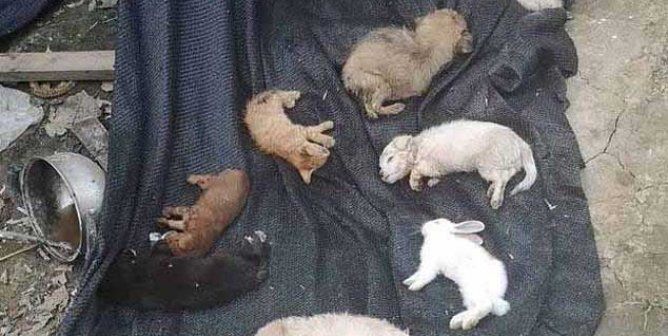 After being reported of the incident, Hua and her fellow volunteers immediately reached the site but they were able to save only 200 rabbits and 50 dogs and cats from the scene. Those animals in better conditions were adopted on-site and sick ones were transported to the animal hospital.

Local authorities collected thousands of dead animals, disinfected them, and then buried them.

After the rescue operation in Luohe city, Hua and her charity heard about another batch of animals being transported to the nearby village of Dameng. After 13 hours of further rescue operations, the group was able to save about 1,000 more animals, mostly rabbits. But that was only about half of the total number found at the second site, and the rest died. 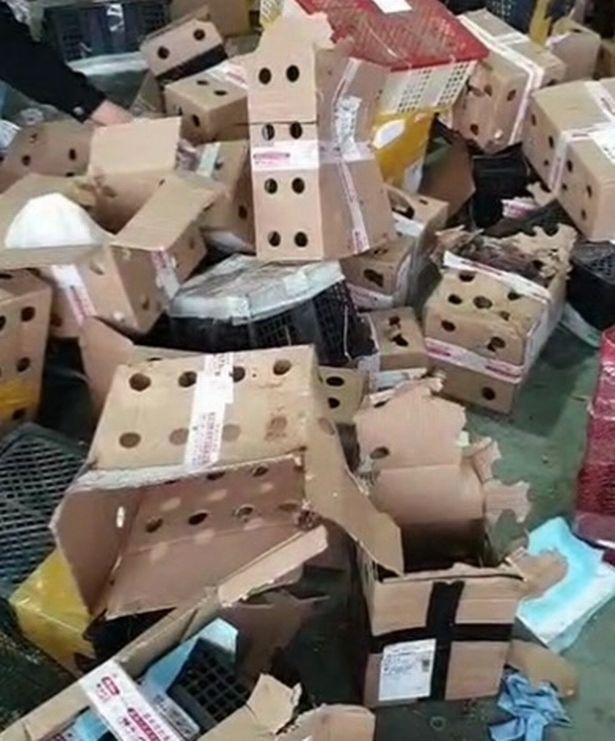 Sister Hua told CBS News that both incidents are terrible for animal welfare and pose a serious threat to public health.

"Given the COVID-19 pandemic we are facing, it's so terrifying to have those live animals transported that way, and even ending up dead," she said.

"Go for adoption instead of illegal buying and shipping of animals," Hua urged the public, while calling on Chinese authorities to "strictly enforce" rules already on the books regarding the shipping of live animals.