Dog Meat-Free Indonesia officials and rescuers halted a truck driven by a suspected dog meat trader, saving the lives of 52 dogs on their route to slaughter. The majority of the dogs were under one year old and malnourished. On the long voyage, one dog had unfortunately died. 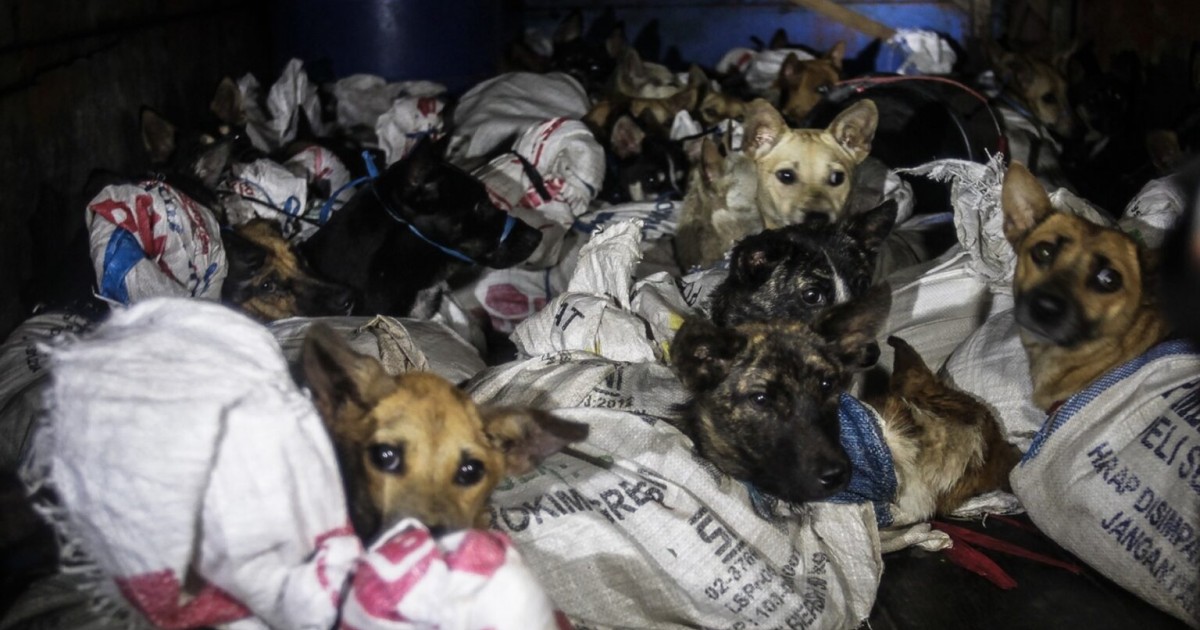 A group of quick-thinking rescuers has given almost 52 dogs a second chance at life.

According to a press release from FOUR PAWS, a delivery truck containing 53 dogs heading for an illegal butcher was detained by police officials and animal rescuers from Dog Meat-Free Indonesia. 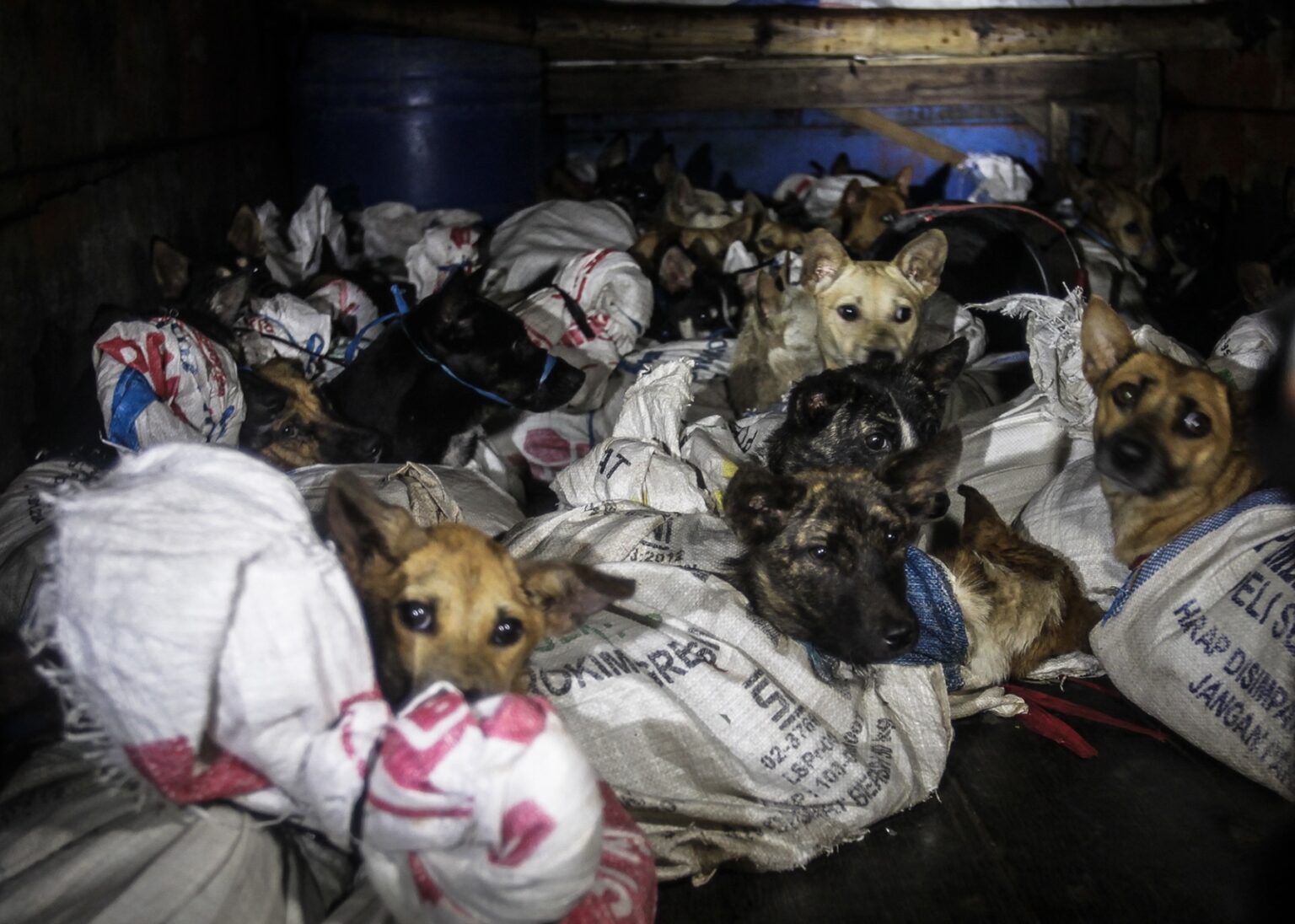 The animals' rescuers discovered the puppies wrapped in bags with their mouths shut. According to the announcement, almost all of the dogs were malnourished and under the age of one.

This is Indonesia's first large-scale raid on an illegal dog meat slaughterhouse, and an individual suspected of working in the dog meat trade for over 20 years was arrested as a result of the raid.

After removing the dogs from the vehicle and releasing them from their shackles, Dog Meat-Free Indonesia rescuers administered emergency medical care to all of the dogs before transporting them to a makeshift shelter. One of the 53 dogs died on the way to the shelter, unfortunately. The remaining animals will be kept at the shelter until they have recovered from their cruelty and neglect.

FOUR PAWS, a non-profit working to end animal suffering throughout the world, hopes that this rescue would mark a "turning point" in Indonesia's illegal dog meat trade.

"The shocking and criminal events that we have witnessed as well as the positive actions were taken by the Sukoharjo authorities must be a turning point in fighting against this outlawed, outdated, and cruel trade. The positives we can take out of this awful situation are that law enforcement and campaign groups are ensuring that this illegal trade is coming to an end. For traders, there will be no place left to hide to continue their criminal practices very soon," Dr. Karanvir Kukreja, the head of public campaigns Southeast Asia for FOUR PAWS' Ending the Dog and Cat Meat Trade campaign, said in a statement.

In February, FOUR PAWS executed its dog meat rescue operation, saving approximately 60 dogs on their way to an illegal dog meat butcher in Cambodia. Thirty of the rescued puppies are still being cared for at FOUR PAWS' Cambodian shelter, which will shortly expand thanks to a generous donation from Pawthereum, a cryptocurrency charity project.