7 Foods That Are Harmful To Your Health

Posted by Sughra Hafeez in Food On 1st February 2018
ADVERTISEMENT

There are so many foods on the market right now that promote healthy, low fat, and sugar-free, but in reality, these foods can much worse than the regular products. These products contain additional additives that are supposed to mimic the flavor of the real thing. When something says organic or fat-free doesn’t mean that it is good for you. No matter what the label says, be sure to steer clear of these foods.

Most of us know that BPA is harmful. BPA, shortened from bisphenol-a is a chemical used to coat the lining of cans and most plastic products. BPA can leach into foods and drinks by way of plastic containers, Tupperware, bottles, and cans. So, canned tomatoes have an especially high risk of leaching BPA into the tomatoes because of the acidity. This is not to say that other canned goods do not also pose BPA exposure risks (they most certainly do), but tomatoes are one of the worst offenders.

Children are most susceptible to the effects of BPA chemicals. Below are just a few of the detected health problems resulting from BPA exposure.

malformation of organs in children

Countries including Canada, the European Union, China and the US have already banned BPA in baby bottles and baby food packaging, and in some case, children’s sippy cups. 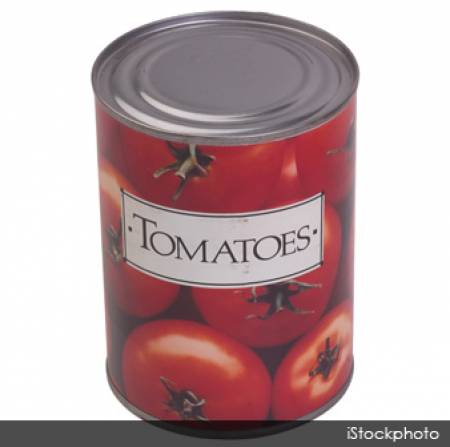 In several studies, people who ate the most processed meat had higher rates of diabetes, heart disease, and some types of cancer. Processed meat is meat that has been preserved by curing, salting, smoking, drying or canning.

Consuming processed meats increases the risk of colorectal cancer, according to a large number of studies, including the European Prospective Investigation into Cancer and Nutrition (EPIC) study. Studies also show a strong link between other types of cancer and processed meats. An NIH-AARP Diet and Health Study, for example, found that processed red meat was associated with a 10 percent increased risk of prostate cancer with every 10 grams of increased intake. A study in Taiwan showed that consumption of cured and smoked meat can increase children’s risk for leukemia. A study in Australia found that women’s risk for ovarian cancer increased as a result of eating processed meats. 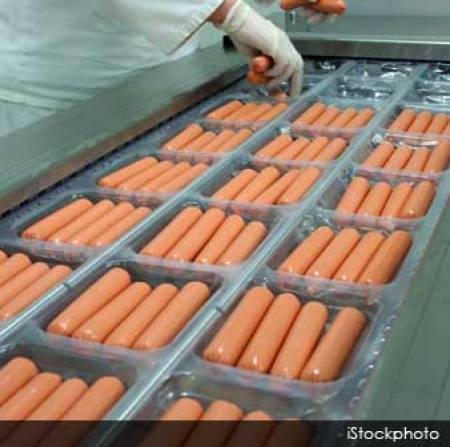 Saturated fat found in butter, meat or cream is unlikely to kill you, but margarine just might, new research suggests. However, trans-fats, found in processed foods like margarine raises the risk of death by 34 percent. According to Dr. Mary Enig, author of Know Your Fats (affiliate link), consuming trans fatty acids "Affects immune response by lowering efficiency of B cell response and increasing proliferation of T cells." This decreases the body’s immune response. 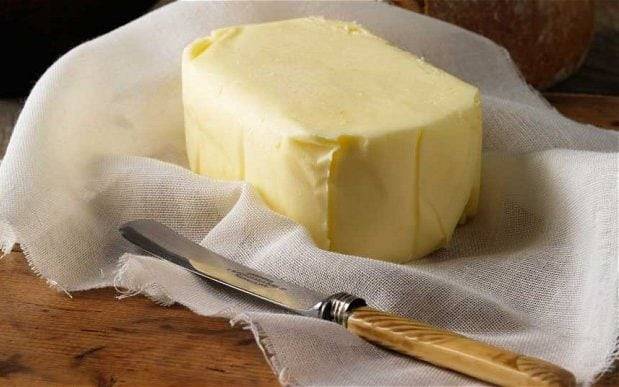 Vegetable oils are oils that have been extracted from various seeds. The most common include rapeseed (canola oil), soybean, corn, sunflower, safflower, peanut, etc. Unlike coconut oil or olive oil that can be extracted by pressing, these new-fangled oils have to be extracted in very unnatural ways.

Omega 3 and Omega 6 fatty acids are essential fats that our bodies need for brain health and development, nervous system health, hormone production, cellular health, skin health and more. These key fats must be obtained from the diet in the proper balance

The ideal ratio of Omega 6 to Omega 3 is between 4:1 and 2:1. Unfortunately, many of us consume far too many Omega 6s in a ratio that is closer to 20:1. Excessive Omega 6 consumption can lead to inflammation and promote a variety of diseases such as cardiovascular disease, cancer, arthritis, Alzheimer’s, inflammatory bowel disease and other autoimmune diseases. 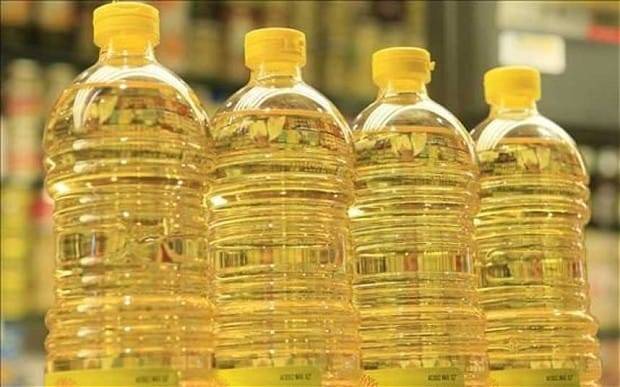 Processed vegetable oils are much higher in Omega 6 fatty acids, which can lead to a pro-inflammatory response throughout our bodies.

Here’s the big list I avoid as much as possible:

A report from the FDA indicates that a chemical coating used in microwave popcorn bags breaks down when heated into a substance called perfluorooctanoic (PFOA). The Environmental Protection Agency has identified PFOA as a likely carcinogen. Another study has found an acid that can be extracted from the chemical causes cancer in animals and is likely to cause cancer in humans.

Brands like PopSecret and Jolly Time still use trans fat, which is considered one of the most deadly fats available because it is associated with 20,000 heart attacks a year and over 7,000 deaths according to the CDC. 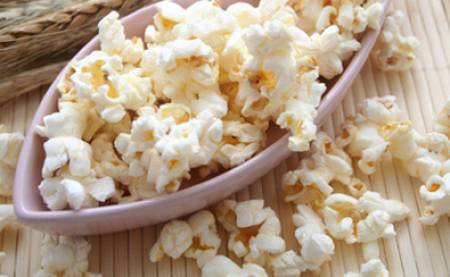 Proply Gallate that is found in PopSecret is one of those ingredients that’s being phased out in the rest of the world, but still being used here as a preservative in food, cosmetics, and pharmaceuticals. It’s linked to all sorts of health issues like skin rashes, stomach issues, and breathing problems.

Your best bet is to buy only organic fruits and vegetables, as synthetic agricultural chemicals are not permissible under the USDA organic rules. That said, not all conventionally grown fruits and vegetables are subjected to the same amount of pesticide load. While Koch focuses on potatoes, as they tend to take up a lot of pesticides and other agricultural chemicals present in the soil, I would recommend reviewing the “Shopper’s Guide to Pesticides in Produce”6 by the Environmental Working Group.

Of the 48 different fruit and vegetable categories tested by the EWG for the 2013 guide, the following 15 fruits and vegetables had the highest pesticide load, making them the most important to buy or grow organically:

In contrast, the following foods were found to have the lowest residual pesticide load, making them the safest bet among conventionally grown vegetables. Note that a small amount of sweet corn and most Hawaiian papaya, although low in pesticides, are genetically engineered (GE). If you’re unsure of whether the sweet corn or papaya is GE, I’d recommend opting for organic varieties: 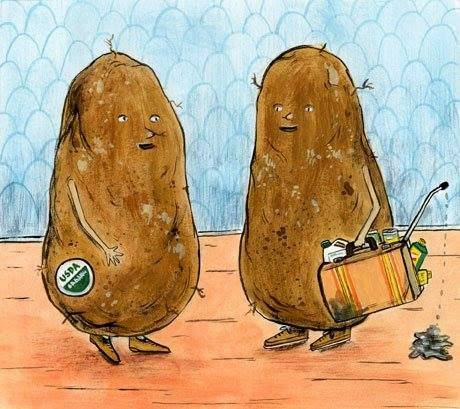 Salt has excellent preservative properties making it the number one choice in canned or “preserved” foods. Therefore, by adding more salt to the already salted processed food, the body needs to tackle a larger toxic load. The body tries to isolate the overdose of salt through a process where water molecules surround the sodium chloride in order to ionize it into sodium and chloride to neutralize it. One of the water sources for this “neutralization” process happens to be our cells and precious cell water is consumed. This leads to dehydration of body cells which can lead to tissue damage and eventual cell death.

Table salt causes the blood pressure to rise rapidly because the blood is attempting to move the toxic elements rapidly away from the heart. This is why doctors will often tell people with high blood pressure to stop intake of salt. Moreover, excessive table salt causes us to retain waters and other fluids. Many chronic imbalances such as diabetes, gout, and obesity can be worsened or even partially caused by excessive intake of common table salt. And be aware, this salt is not just the stuff in your shaker. 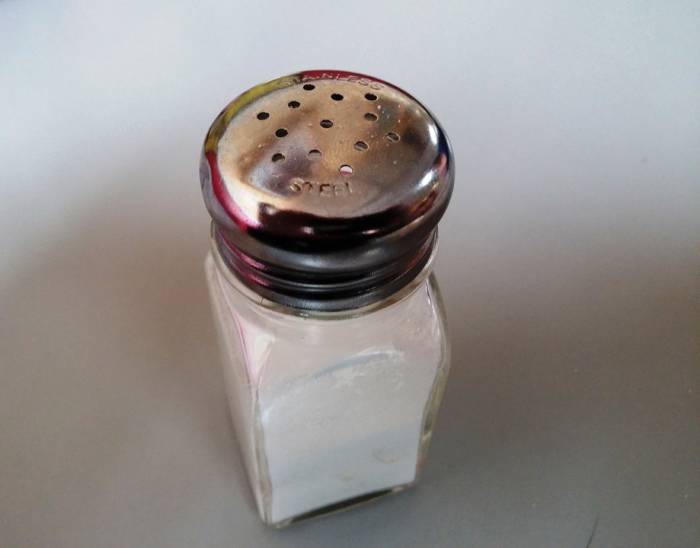