7 Of Your Dumb Fears That Science Says Are Justified

Posted by Editorial Staff in Facts and DIY
ADVERTISEMENT

Most people have an irrational fear of something or another, be it clowns, spiders, or being in a high place while surrounded by spider-clowns. For a long time, the official explanation for these fears was "You're a big wuss and there's probably something wrong with you." But now, science finally has some real answers. And what do you know? It turns out that a lot of the time, being afraid of commonplace things isn't so irrational after all, when you consider that ... 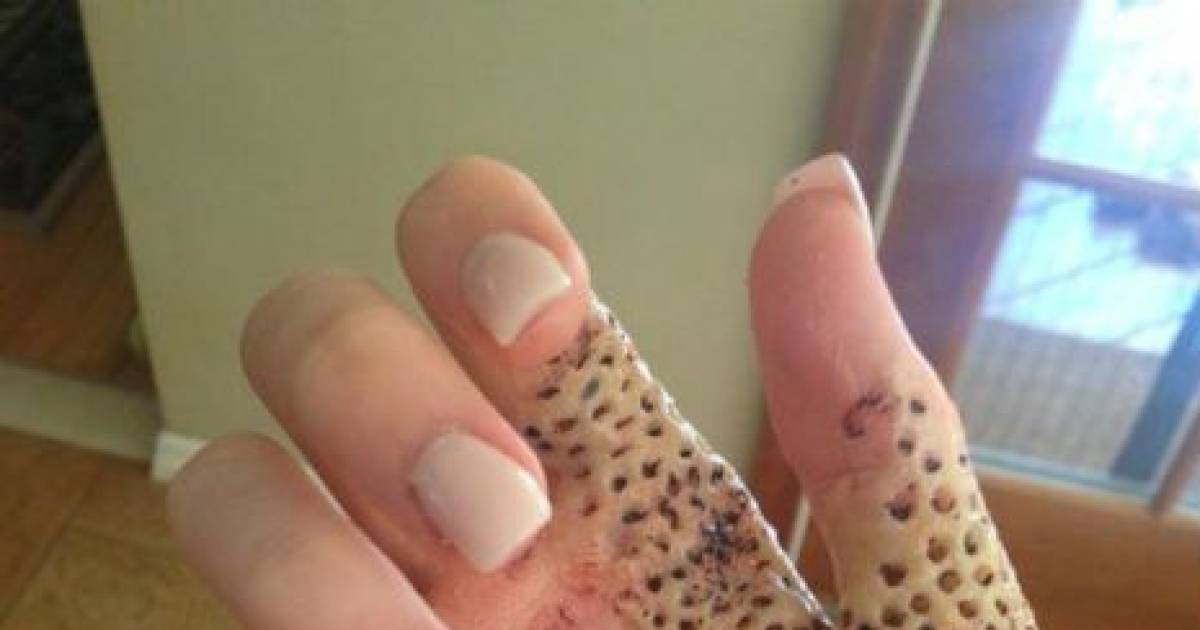 Pediophobia is the unwarranted, irrational and persistent fear or worry of dolls. It is a specific phobia belonging to the category of âautomatonphobia'. This is a type of phobia where the individual is afraid of all humanoid or "human-like-but-not-quite" objects including mannequins, marionettes, ventriloquist's dummies, wax figures, animatrix or robotic figures etc. The word Pediophobia originates from âPaidion' which means âlittle child' in Greek and âPhobos' meaning fear or deep dread. Many adult sufferers of Pediophobia are also known to fear little children.

Clowns.The more you stare at their perpetually smiling faces, the more it warps into something more sinister.

They're supposedly figures of innocent fun brightly coloured jesters to entertain our children and slip on banana skins in exaggerated displays of slapstick comedy. But the manic joy, the mask of make up and the excessive familiarity are just a hair's breadth away from terror.

In recent years, films such as Stephen King's It have highlighted those fears, and the "killer clown" craze currently sweeping the UK hasn't helped. In fact it's led to a deluge of calls to Childline from youngsters left terrified by the sinister phenomenon.

We've made a living over the years reinforcing your instinctive dread of things that slither and skitter, but unless you have the misfortune of living in Australia or the Amazon (or count sticking your bare hand underneath random woodpiles as your inadvisable hobby of choice), there's no real reason to live in perpetual fear of arachnids or serpents. However, before there were things like houses, Winnebagos, and buckshot, way back when we were among nature's most vulnerable and squishy denizens, seeing one of them in the wild sure as hell was cause for alarm.

We aren't born with an instinctive loathing of spiders and/or snakes; we just learn very fast how terrible they are, and not only because Jesus Christ look at them. Studies have shown that monkeys in a lab will learn to fear these creatures faster than rabbits, presumably because rabbits don't typically carry venom with them. Not only did natural selection clearly favor our ancestors with the sense to scamper away rapidly from anything with eight legs or none, but the very need to notice them may have contributed to our larger brain size and better vision. Knowing how to distinguish that reptile sneaking in a bush from something you can use to wipe your butt was essential to our evolution.

4. Our Aversion To Certain Foods Is Born In The Womb

With food aversion, the phobic response when faced with the food in question may be a feeling of revulsion rather than intense anxiety, although some aversion phobics may experience fear. A fear response would usually be associated with some religious or family âtaboo', and might also be linked to past reactions (such as seeing somebody vomit, or perhaps vomiting themselves after eating this food).

Food aversion can grow very strong, and can last for life. One person who reported his story to Anxiety Care had, as a child, lived for a time in a house where mutton was âboiled up' on a regular basis. The unpleasant odour, experienced often enough to nauseate but not often enough for him to grow immune to it, led him to reject all such meat in later life.

Most adults with food aversion focus on meat or greasy foods. Food aversion is a good, life protecting response for any animal - one âpoisoning' reaction able to put them off completely. Many animals, and also human children, are wary of foods which taste bitter or are unfamiliar, and it is not surprising that adult people can have the same ability.

If the problem has grown from simply being a âfad' to a level that reduces the quality of life, a desensitisation programme can break the phobia down.

This would be a series of steps, starting with what one can do and working up to what one wanted to be able to do, using as many intermediate steps as necessary.

It should be borne in mind that steps might need to include smell, taste and watching others eat this object; and that the different types of steps might need to be approved (or be graded) separately if there are particular difficulties in one area. For example, the case above concerning mutton might involve very careful steps when the nauseating smell was dealt with.

3. Things With Too Many Holes

Do English muffins raise your hackles? Does seeing honeycomb or coral put the hygienic integrity of your pants at risk? Then you might have something called trypophobia. It literally means "fear of holes," and is described as "a condition which triggers individuals to suffer an emotional reaction when viewing seemingly innocuous images of clusters of objects." While there's no proof yet that this condition is a real thing, many readers will take issue with that statement once they recover from the uncontrollable shakes brought on by images like this:

It sounds silly on paper. Why the hell would anyone be afraid of holes, of all things? Because of what might be in them? Well, sort of. Similarly to the way sneaky critters give many of us the automatic willies, trypophobia might also have something to do with hazardous animals -- like the octopus. For real. These days, unless you're foolish enough to live on a houseboat in kraken territory, running across a deadly cephalopod during your everyday travels might seem rather unlikely. However, when ancient humans waded out into the surf to gather food, there were plenty of creatures (like the outrageously toxic blue-ringed octopus) that could stop their hearts well before they could stumble their hairy asses back to shore.

Specifically, scientists found that people with trypophobia reacted most strongly to images containing a "high contrast at midrange spatial frequencies," which refers to the repetitive quality of certain features visible with a certain space. That's a complicated way of putting things, but this might put it into perspective: You know what else has "high contrast at midrange spatial frequencies," aside from those aforementioned octopuses? King cobras, for starters. Also a festively named murder scorpion called the deathstalker. So yeah, don't be too hard on yourself if you can't help but flail your arms about whenever someone dangles a slice of Swiss cheese in front of your face. It might mean your ancestors merely had the good sense to wait for somebody else to be the very first live scorpion taste-tester.

We all have particular words that annoy us, like "methinks," "fleek," or "LaBeouf." Sometimes, though, words can evoke a physical, visceral response in the listener even without the aid of audiovisual cues provided by Michael Bay. The phenomenon is known as "word aversion," and for some reason, the one word that seems to drive the most people bonkers is "moist."

So why do people find the word "moist" so revolting? Participants in a study claimed it was because of how the word sounds, rather than any association one might make with summertime underwear woes or finding a used hankie in their soup. This gels with the theory that word aversion has something to do with synesthesia, a phenomenon wherein certain combinations of sounds or musical tones can sometimes cause the listener to recoil in nauseated horror.

The truth is that we may never know all the factors that make "moist" the Simon Cowell of words. Or as one linguist suggests, the fact that people have been constantly harping on it for years may have turned it into the one thing that might be even worse than the word itself: a meme.

1. Nails On A Chalkboard

One physicist won an Ig Nobel prize for his research on the question. What they did was take some recordings of a three-pronged garden tool scraping over a chalkboard, and then mess with them to see what part of that sound we hate so much. By removing the high, middle and low frequencies one at a time from the sound, and playing them back, they tried to find what part of the sound makes everyone cringe.

Later research, however, has refuted that idea. One study played sounds to tamarin monkeys: One was a high pitch scraping sound like nails on a chalkboard, and the other was white noise of the same volume. The monkeys reacted the same way to both. Humans, on the other hand, strongly prefer the white noise. Which either means that tamarin monkeys don't react to monkey alarm calls, or our response to that awful sound comes from somewhere else.

Another theory has to do with hearing loss. High frequency sounds can damage the structures of our ears, causing short and long-term loss of hearing. The response might then be an evolutionary response that shields us from harm. But if taking out the high frequencies doesn't help, then that doesn't make sense either.

So, maybe this aversion is learned? It's been shown that if subjects know they're about to hear nails on a chalkboard they react far stronger than if they're just played the sound without any priming. Or perhaps it has something to do with how it feels to run your nails down a chalkboard, and the response is based on that memory. Long story short: No one really knows.

And, interestingly, even though nails-on-a-chalkboard is often cited as one of the worst sounds around, in one study researchers found that several other sounds are even worse. Like the sound of someone vomiting, babies crying, a Tasmanian devil call, and a soap opera argument (I have no idea) all ranked worse than the classic shiver-inducing nails.