8 of History’s Most Notorious Serial Killers

These are history’s most infamous serial killers. 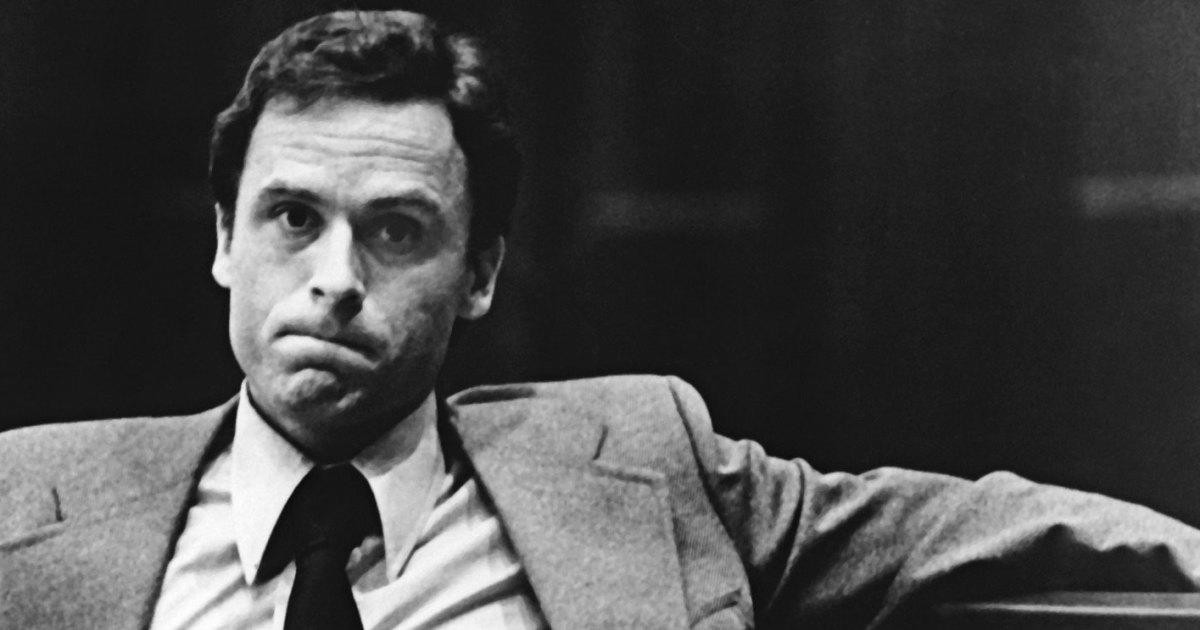 Belle Gunness: She married to kill 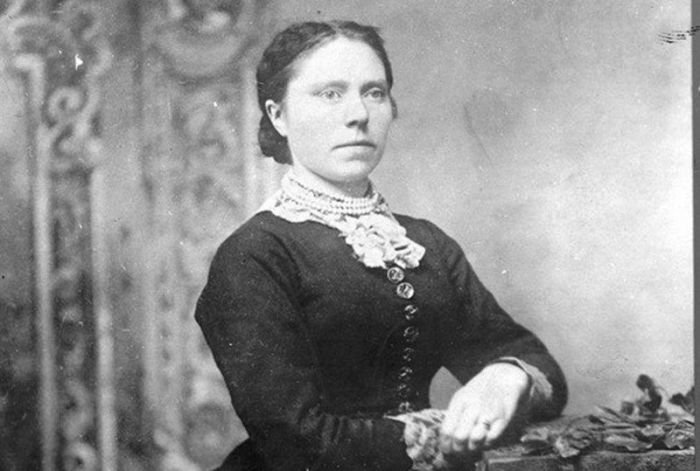 The woman who became known as the “Lady Bluebeard” immigrated to America from Norway in 1881, settling in Chicago where she married a fellow Norwegian immigrant. The couple had four children (two of whom died young) and ran a candy store. By 1900 the store had mysteriously burned down, and Gunness’ husband was dead. Although both happened under suspicious circumstances, Gunness was able to collect multiple insurance policy payouts allowing her to purchase a farm in La Porte, Indiana.

She quickly remarried, and just eight months later her second husband died. Gunness claimed that he’d received a fatal burn from scalding water and had been hit on the head by a heavy meat grinder. While an inquest was held, no proof of foul play could be produced, leading to another hefty insurance payout. She then began placing newspaper advertisements in search of a third husband, with the requirement that potential suitors had to visit her Indiana farm. Several prospective suitors made the trek, only to disappear forever–just one made it out alive, after reportedly waking up to see a sinister-looking Gunness standing over him.

Nobody knows for certain just how many people Belle Gunness murdered, but it seems she herself met a grisly end. In February 1908, a fire devastated the farm. Amongst the wreckage were the bodies of Gunness’ remaining children and the decapitated corpse of a woman. Although officials identified the remains as Gunness’, doubt quickly spread, as the body was much smaller than the tall, heavyset Belle. The search for her missing head (which never turned up) led to the gruesome discovery of almost a dozen bodies, including the missing suitors and several children. Ray Lamphere, a former farmhand that she had fired a few years earlier and later claimed was threatening her life, was arrested and tried for the crimes, but was only convicted of arson. Belle’s true fate remains unknown, although unverified “sightings” continued for decades after her death. 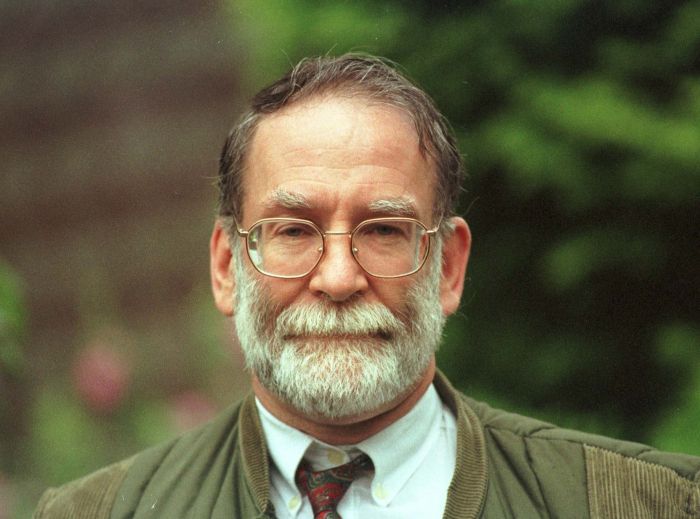 One of history’s deadliest serial killers was a married family man who managed to squeeze in 218 credited murders (and as many as 250) while working as a popular British physician. Harold Shipman began his murderous spree in 1972, and it’s believed he killed at least 71 patients while working at his first practice, and double that number at a second practice he joined after butting heads with colleagues who found him arrogant, brusque and overconfident.

Finally, in 1998, both a local undertaker and another doctor noticed the unusually high number of cremation certificates Shipman had signed off on. They also noticed striking similarities in the recently-deceased patients themselves; the majority were elderly women who were found sitting up and fully clothed, not in bed as would usually be the case with the gravely ill. Despite these clues, this initial investigation was shoddily handled, allowing Shipman to kill three more times.

Shipman’s luck ran out later that year, when the daughter of his final victim, lawyer Kathleen Grundy, claimed he’d not only killed her mother, but had also tried to create a new, fake will, naming him as her sole beneficiary. Unlike his earlier victims, Grundy had not been cremated, and an autopsy revealed lethally high levels of diamorphine (the drug Shipman used for most of the killings). He was formally charged with 15 murders, and was convicted and sentenced to life without parole in 2000. Shipman died in 2004, after committing suicide in his cell. He never admitted to any of the killings.

John Wayne Gacy: He performed as a clown at children’s parties 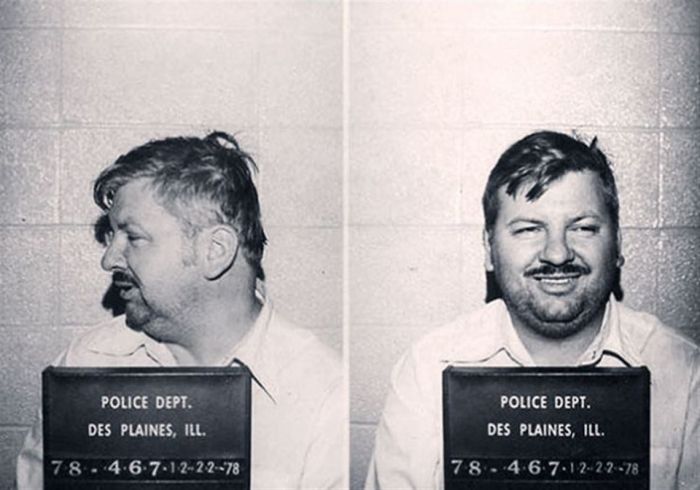 To most of his suburban Chicago neighbors, John Wayne Gacy was a friendly man who threw popular block parties, volunteered in local Democratic politics and often performed as a clown at local children’s parties. But Gacy, who had already served a stint in prison for sexually assaulting a teenaged boy, was hiding a horrific secret right beneath his neighbors’ unseeing eyes.

In 1978, when a 15-year-old boy who had last been seen with Gacy (whose construction business the teenager was hoping to work for) went missing, police obtained a search warrant for Gacy’s house. There they found a class ring and clothing belonging to several young men previously reported missing. In a 4-foot crawl space beneath the house, where a penetrating odor was present, they were shocked to find the decomposing bodies of 29 boys and teenagers that Gacy had raped and murdered. Gacy’s ex-wife had complained about the odor for years, but Gacy had chalked it up to moisture-causing mildew. Law enforcement also came under criticism, as the family members of several of the victims had previously pointed to Gacy as a possible suspect. In addition to the bodies found at his house, Gacy admitted to killing several additional men, disposing of their bodies in a nearby lake. His attempts at presenting an insanity defense failed, and he was convicted on 33 counts of murder and executed by lethal injection in 1994.

Ed Gein: The inspiration behind Psycho 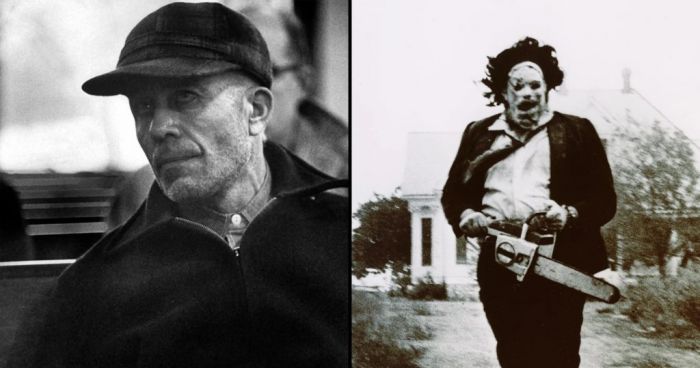 The man whose macabre and horrific acts helped inspire Psycho, Silence of the Lambs and The Texas Chain Saw Massacre grew up in an isolated area of Wisconsin. He was an abused child of an alcoholic father and a puritanical and domineering mother who instilled in her son a pathological fear of both women and sex. When his father, brother and mother died within a 5-year period, he was left alone at the family farm, where he eventually cordoned off parts of the house turning it into a shrine, of sorts, to his mother.

Thirteen years later, local police arrived at the farm, following up on a tip regarding missing hardware store owner Bernice Worden. They discovered Worden’s headless corpse hanging upside down from the rafters. Their search of the property revealed a hall of horrors that included human body parts turned into household items such as chairs and bowls, faces used as wall hangings and a vest made up of a human torso. Many of these gruesome items were from already-dead bodies that Gein had stolen from their graves, but he had murdered one other woman in addition to Worden. He claimed that he was using the body parts to assemble a new version of his beloved mother. Gein was diagnosed with schizophrenia and declared unfit for trial. A decade later, he was convicted of one of the murders, but was declared insane at the time of the crime. He spent the rest of his life in a mental hospital.

H.H. Holmes: A pharmacist who built a “murder castle” 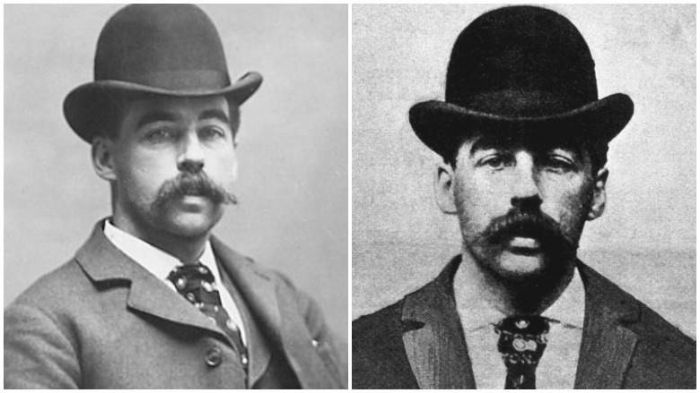 H.H. Holmes spent his early career as an insurance scammer before moving to Illinois in advance of the 1893 Chicago World’s Fair to work as a pharmacist. It was there that Holmes built what he referred to as his murder “castle”—a three-story inn that he secretly turned into a macabre torture chamber. Some rooms were equipped with hidden peepholes, gas lines, trap doors and soundproofed padding, while others featured secret passages, ladders and hallways that led to dead ends. There was also a greased chute that led to the basement, where Holmes had installed a surgical table, a furnace and even a medieval rack.

Both before and during the World’s Fair, Holmes led many victims—mostly young women—to his lair only to asphyxiate them with poisoned gas and take them to his basement for horrific experiments. He then either disposed of the bodies in his furnace or skinned them and sold the skeletons to medical schools.

At the same time, Holmes worked insurance scams—collecting money from life insurance companies. Holmes was finally caught when one of his co-conspirators tipped off the police after Holmes failed to deliver his pay-out. Holmes was eventually convicted of the murders of four people, but he confessed to at least 27 more killings before being hanged in 1896.

Jeffrey Dahmer: He committed his first murder at 18 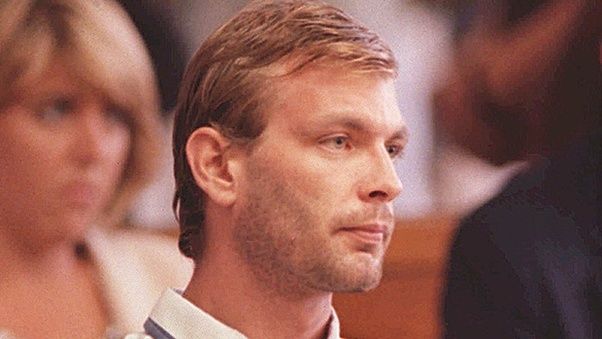 Jeffrey Dahmer committed his first murder in 1978, when he was just 18. He would go on killing until his arrest in 1991, after an African American man escaped his clutches and hailed down police near Milwaukee, Wisconsin. When the victim led police back to his captor’s apartment, they discovered photographs of dismembered bodies, the severed heads and genitalia of several other men and a tub full of acid that Dahmer had used to dispose of some of his 17 victims.

Dahmer had lived a shiftless life, dropping out of college and the Army and living with various family members before being kicked out by his grandmother and settling in the Milwaukee apartment. Three years before his 1991 arrest—and with several murders already under his belt—Dahmer was convicted of drugging and sexually molesting a young teenager. After serving only a year, he was released and continuing his killing binge, which focused almost entirely on young men of color.

Dahmer’s sensational trial, featuring lurid descriptions of his eating the body parts of some of his victims and admissions of necrophilia, renewed the world’s interest in serial killers. In 1992, Dahmer was sentenced to 957 years in jail, but was killed by a fellow inmate just two years later.

Jack the Ripper: There are over 100 possible suspects 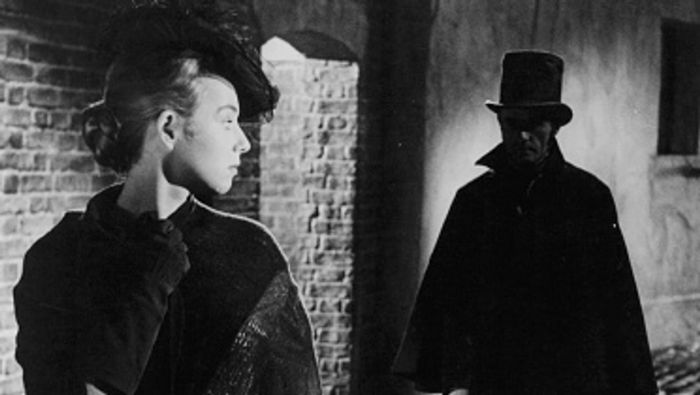 In 1888, London’s Whitechapel district was gripped by reports of a vicious serial killer stalking the city streets. The unidentified madman lured prostitutes into darkened squares and side streets before slitting their throats and sadistically mutilating their bodies with a carving knife. That summer and fall, five victims were found butchered in the downtrodden East End district, sparking a media frenzy and citywide manhunt. A number of letters were allegedly sent by the killer to the London Metropolitan Police Service (also known as Scotland Yard), taunting officers about his gruesome activities and speculating on murders to come.

Without modern forensic techniques, Victorian police were at a loss in investigating the Ripper’s heinous crimes. After taking his final victim in November, the killer seemed to disappear like a ghost. The case was finally closed in 1892, but Jack the Ripper has remained an enduring source of fascination. The most popular theories suggest that the killer’s understanding of anatomy and vivisection meant he was possibly a butcher or a surgeon. Over 100 possible suspects have been proposed. 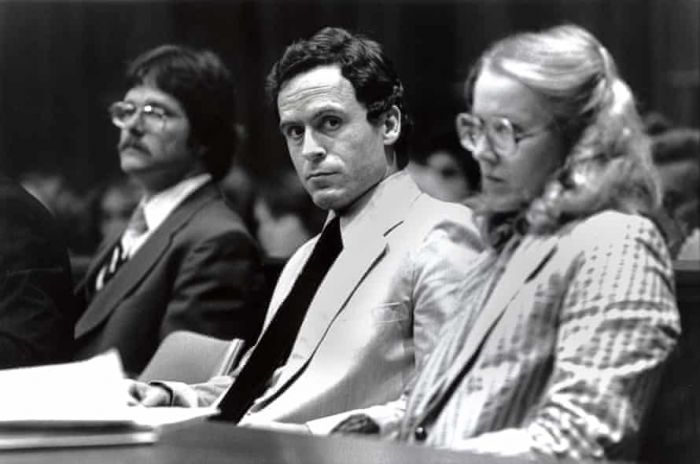 Handsome, well-educated and brimming with charm, Ted Bundy seemed the unlikeliest of serial killers. Which made his decade-long, multi-state killing spree all the more surprising—and to some, appealing. Born to an unwed, teenaged mother, Bundy never learned his father’s identity and was raised believing that his grandmother was actually his mother (and his mother actually his sister).

Following a difficult adolescence, Bundy graduated from the University of Washington—and soon embarked on his murderous spree, killing his first victim in Seattle in 1966. Focusing primarily on attractive college co-eds, Bundy committed a series of murders across the Pacific Northwest. He continued on to Utah and Colorado, killing several more women before being arrested. Despite being convicted of kidnapping, he managed to escape police custody not once, but twice, while awaiting trial in Colorado. He moved to Florida, where he killed several members of a sorority and his final victim, a 12-year-old girl who he raped and murdered.

When Bundy was finally apprehended while driving a stolen car a week after his last murder, his trial quickly became a media sensation. It was the first murder trial to be fully televised, and featured Bundy front-and-center acting as one of his own defense attorneys. He became a media star, welcoming journalists to his cell, receiving letters of admiration from lovelorn fans (and even marrying one of them) and providing an endless list of clues about additional murders he may have committed, in the hopes of delaying his execution. It didn’t work; he was executed in the electric chair in 1989, with the true number of his victims unknown.