85-Year Old Man's Lawnmower Got Stolen By Someone, Anonymous Donor Buys Him A New One

Posted by Sama in Cool On 6th September 2020
ADVERTISEMENT 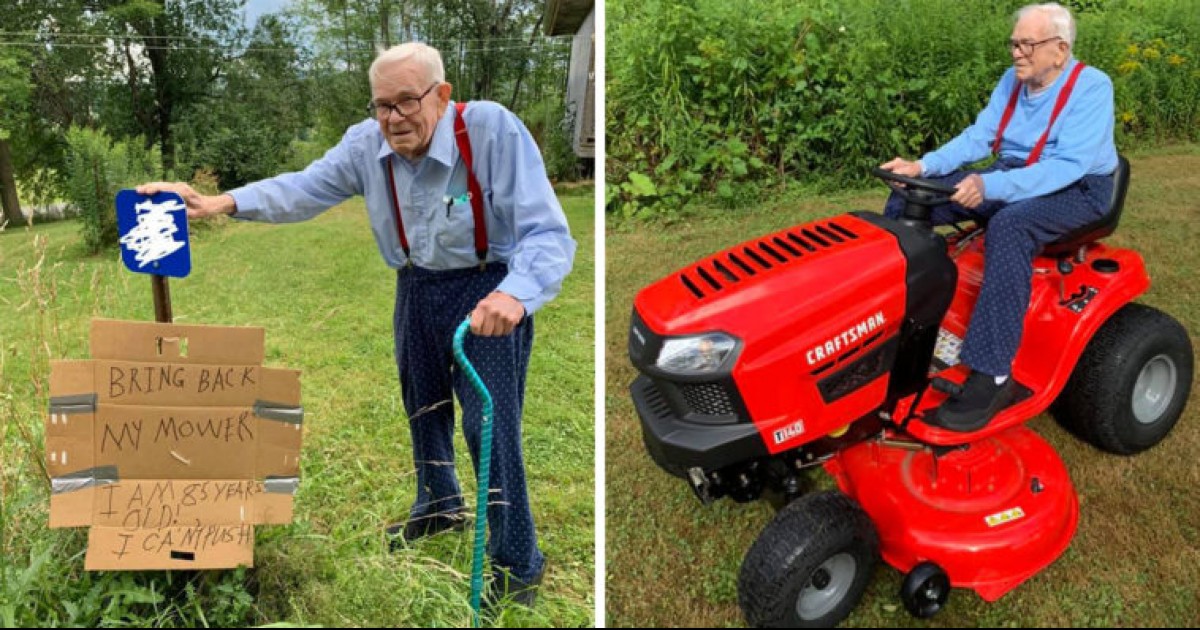 Someone stole this old man's lawnmower and in a heartwarming gesture, this anonymous man bought him a brand new machine.

Life has been a tough ride this year, everyone is trying to find normalcy in their routines to keep some sanity in life. This could include self-care for some, DIY projects for others while for many the pleasure in doing normal daily life chores like grocery shopping, cleaning the house, or lawnmowing for others.

Similarly for 85-year-old Gordon Blakeslee, normalcy for him is mowing his lawn with a 2009 red Craftsman riding lawnmower. 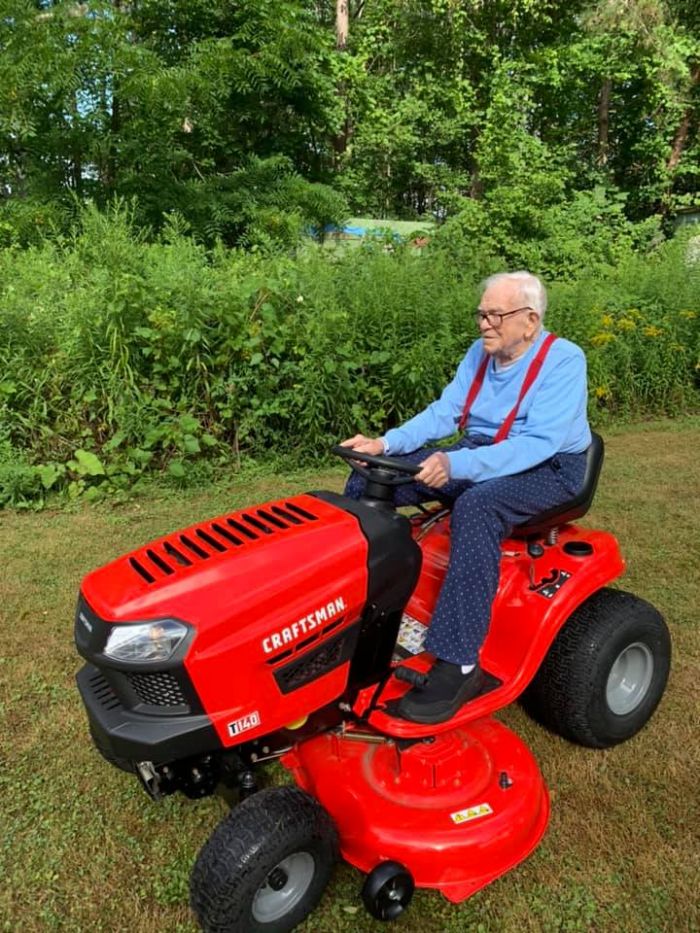 When COVID-19 hit the whole country, instead of staying at his home in Harpursville, New York, Gordon went under quarantine with his family for some time.

In his absence from home, someone stole Gordon's most cherished possession, i.e his lawnmower. After this loss, Gordon didn't have the heart to buy a new one. 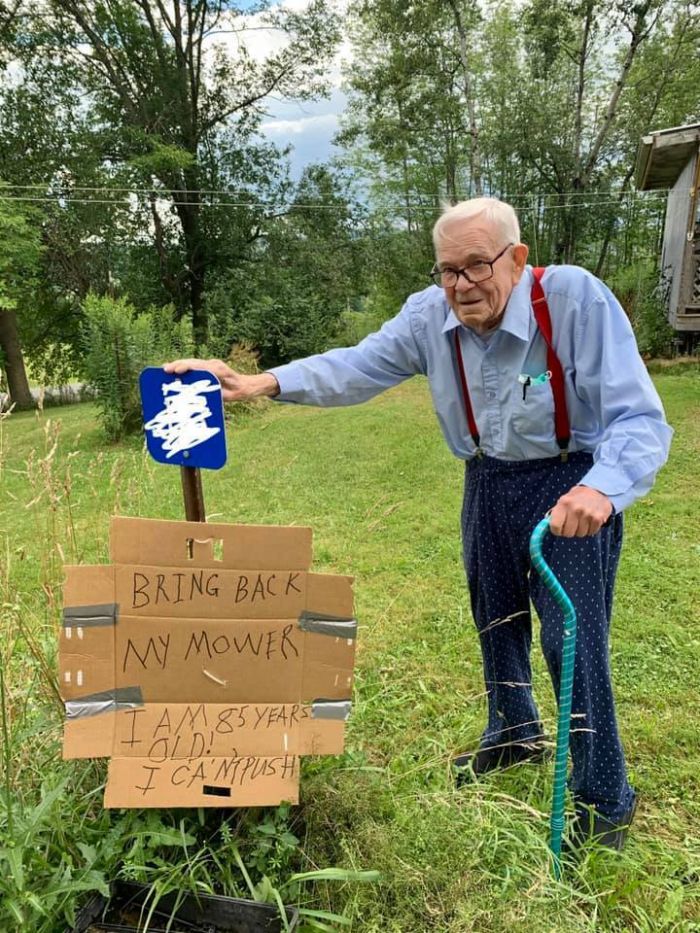 He didn’t want any GoFundMe fundraisers or monetary donations, either. He just wanted his lawnmower back. He then enlisted the help of his community in trying to get it returned.

Gordon’s daughter-in-law, Candace Blakeslee, explained the reason why this lawnmower meant so much for her father-in-law:

“That was something that was precious to him, everything that has value to him.”

Set to get his lawnmower back, Gordon put an emotional signboard out on his lawn.

“BRING BACK MY MOWER.” 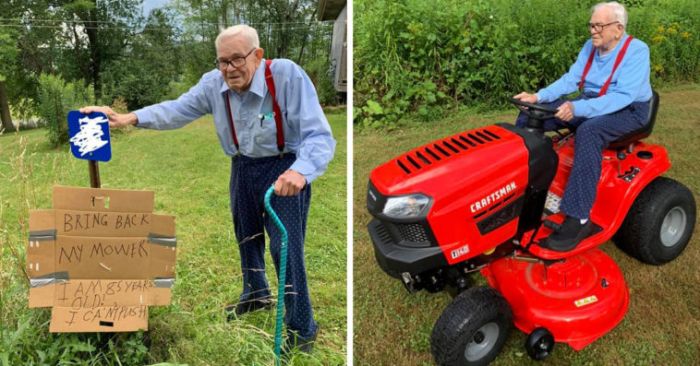 Candace then posted a picture of Gordon standing next to the sign on Facebook, hoping that someone would come forward with information about the lawnmower.

It was nearly a week, they had no luck.

It was in their luck that a kind stranger saw Gordon's story on local news outlets and decided to buy him a brand new one. And the anonymous donor had the Broome County Sheriff’s Office deliver it to Gordon.

“I couldn’t be any more thankful. With everything going on, I know he’s happier than happy to have a mower back.”

Even though the machine is not his beloved one but since it is new it is a much better one. The man is now cherishing his new gift and keeps it locked to prevent it from getting stolen again.

“Thank you, what else can I say. I really appreciate it. It’s got some new upgrades to it; that’s a lot better than my old one.” 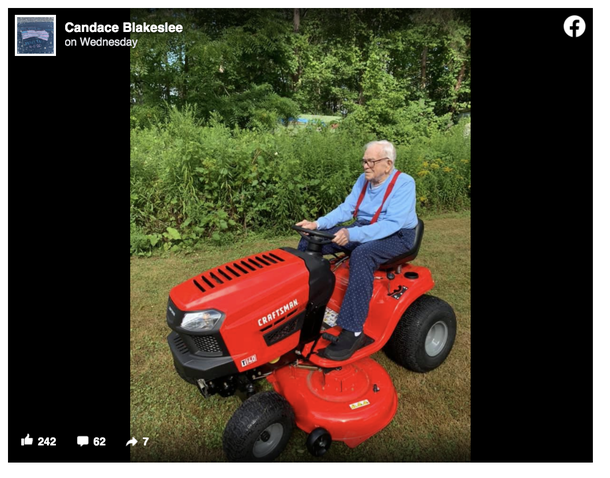