Posted by Sama in On 29th July 2022
advertisement

This Mexican grandma was known in her family for her fierce but loving personality. After she passed away, her family decided to honor her dying wish and mounted a giant statue of a cock and balls on top of her gravestone. 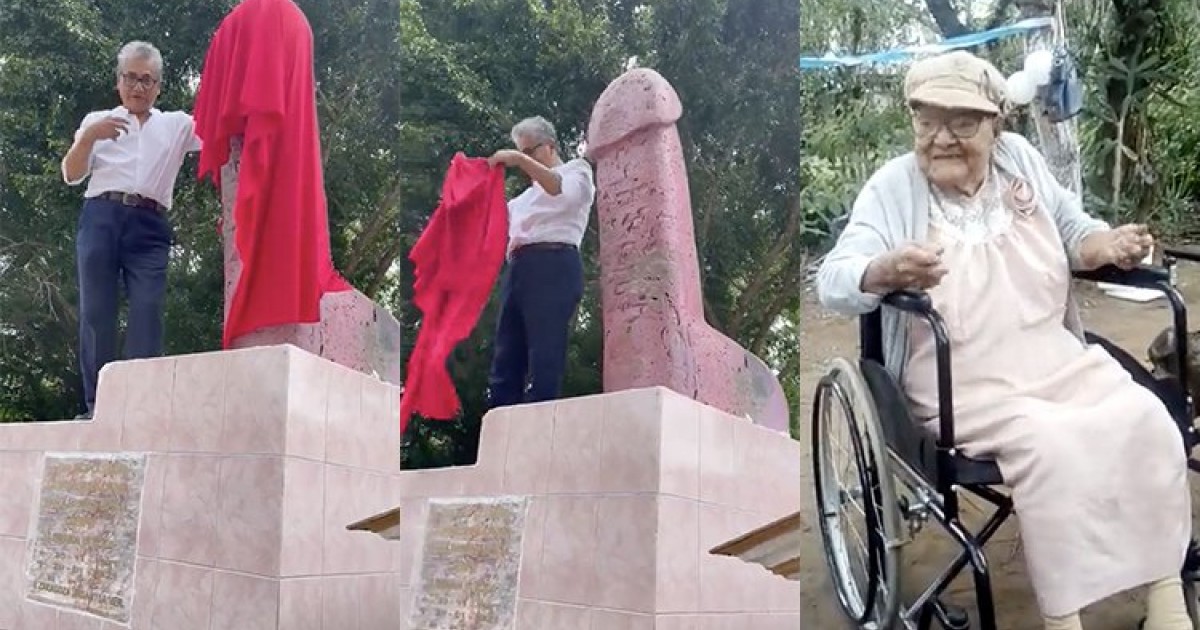 As we get closer and closer to the end of our lives many of us will start thinking about the way we want to be remembered.

Catarina Orduña Pérez has become an internet sensation over her idea of a gravestone.

Most people get depressed at the thought of dying, but this sassy 99-year-old wasn't afraid of dying and in fact, had a badass idea for her gravestone too. 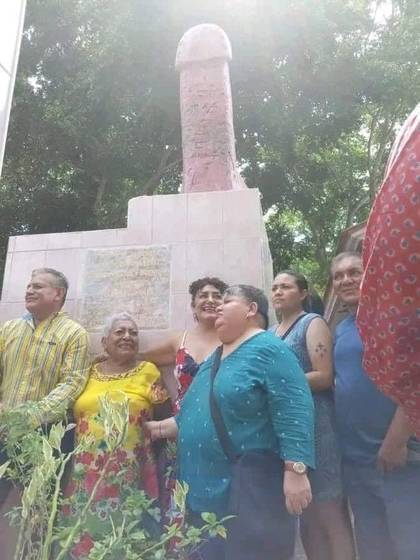 The 99-year-old grandma wants to leave a quite distinctive mark on the world, one that the world will probably remember forever.

You see, this grandma's dying wish was for a giant statue of a cock and balls to be mounted on top of her gravestone.

As Vice reports, a giant d*ck statue has now been erected atop her grave – just as she always wanted.

Weighing almost 600 pounds, the massive stone member has been called a 'recognition of her love and joy for life'. 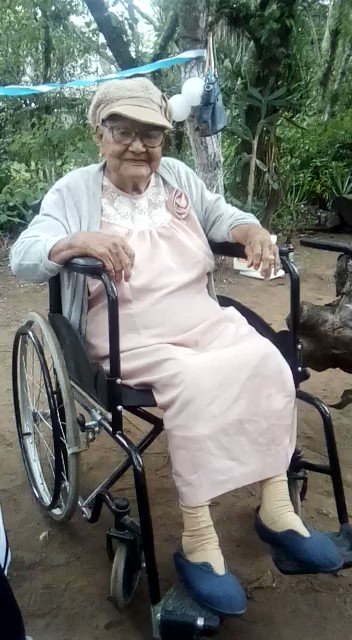 Álvaro says when she was throwing the word at her family she meant it to mean they were people of 'integrity, courage, passion, and at the same time, love and joy'.

He said: "She wanted to break the paradigm of everything Mexican, where things are sometimes hidden because of not having an open mind.

"She was always very avant-garde, very forward-thinking about things." 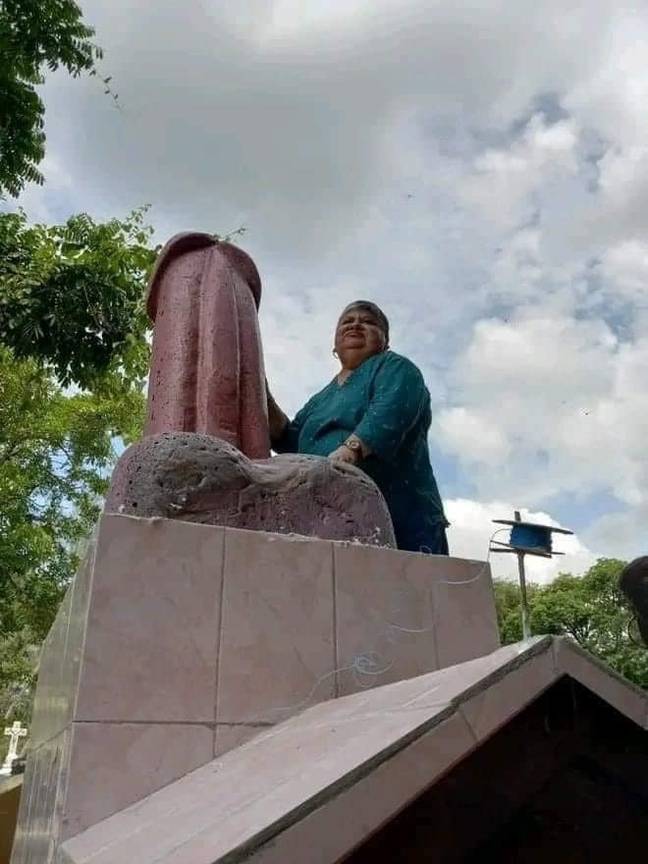 Catarina, known also as Doña Cata, opened her eyes to poverty and as a child, she was not able to attend school. However, with her wisdom, she became an important person in Misantla, with local politicians coming to visit her.

Álvaro even became mayor of the town for a period of time, saying his grandma taught her family they could be anything they wanted and inspired them to get education and skilled jobs. 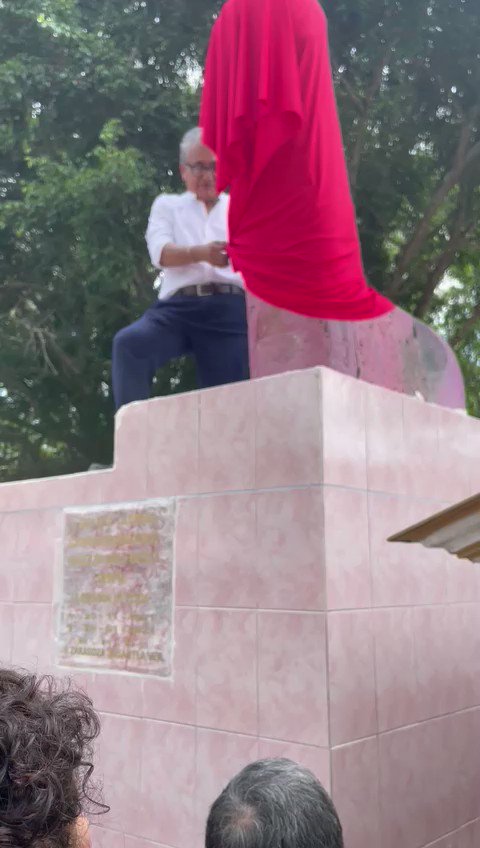 The nearly 600 pounds worth of genitalia has proved to be a hit with the locals ever since it was erected. 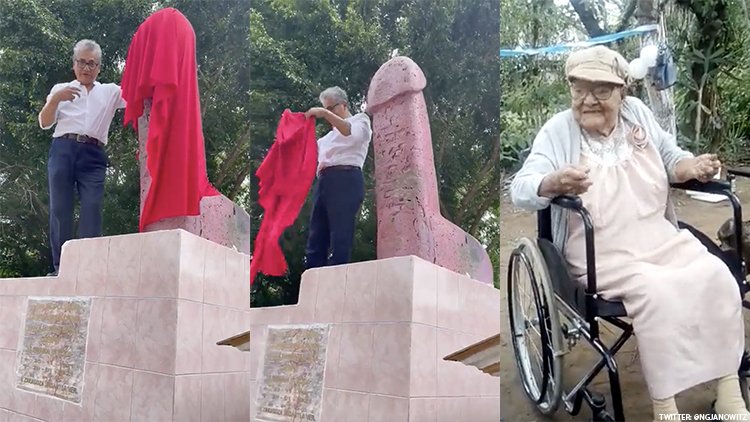 Meanwhile, Isidro Lavoignet, the engineer who led the team which built the giant stone d*ck, has been sent some unusual requests from other families who want their beloved relatives to have personalized gravestones.

He's already been asked by another family to build a grave shaped like a dump truck for someone who worked in construction. 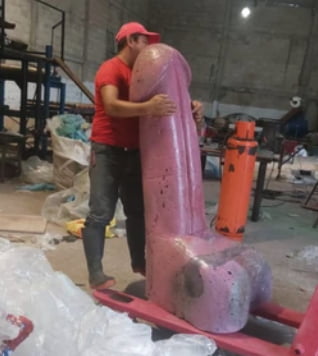