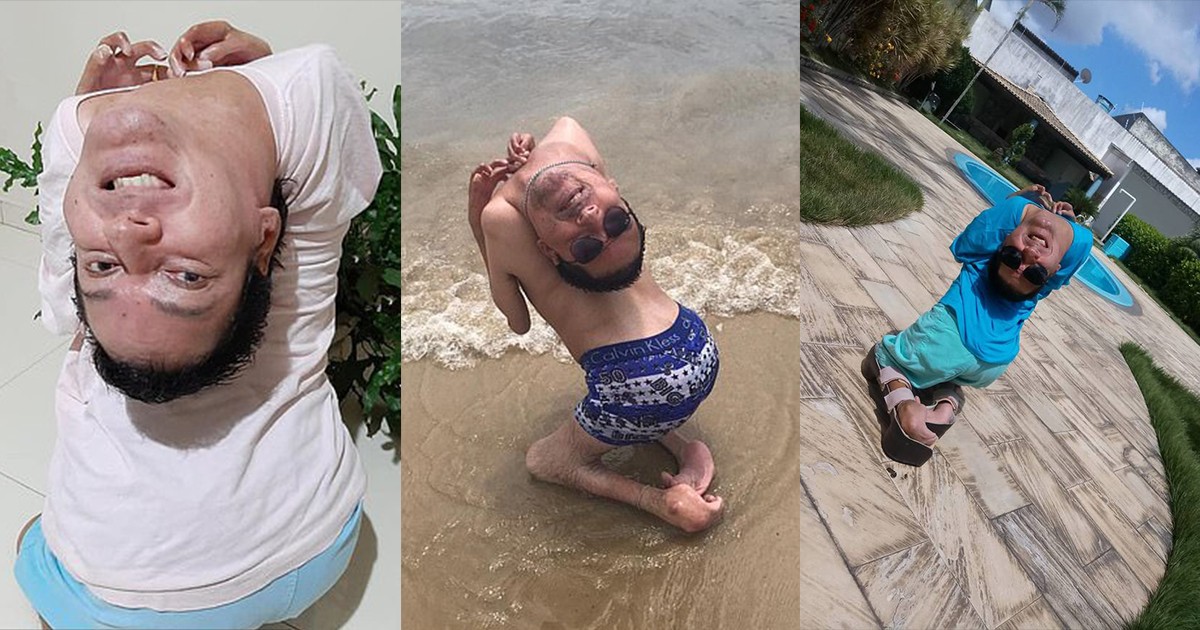 A Brazilian man who was born with his head "upside-down" and was not expected to live for 24 hours is 44 years old today. Claudio Vieira de Oliveira, who lives in the north-eastern Brazilian state of Bahia, suffers from arthrogryposis multiplex congenita. 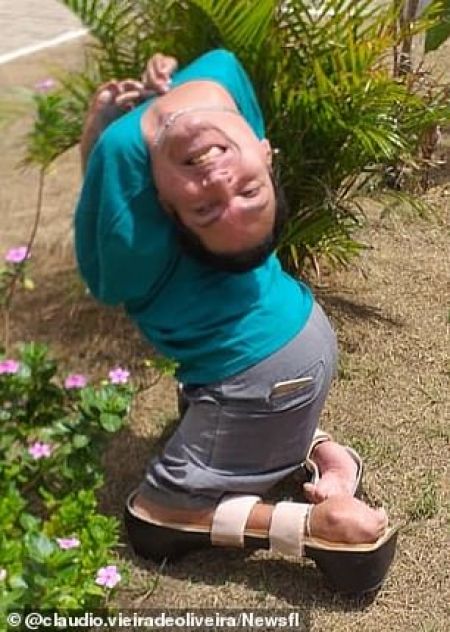 The condition means he has muscular atrophy in his leg muscles, his arms are stuck to his chest and his head is turned all the way back, supported by his back. 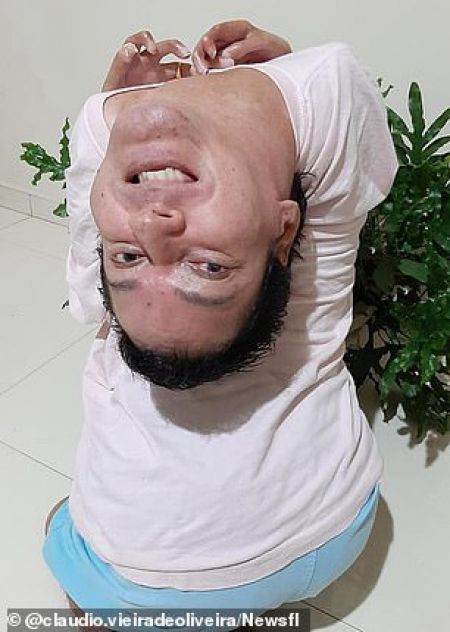 But Claudio's condition has not stopped him from doing the things he loves. He is even using it to inspire other people. Since childhood, he was determined to live his life to the fullest. He was homeschooled by his mother.

Though his condition can make things difficult, he has never had problems with breathing, seeing, eating, or drinking. 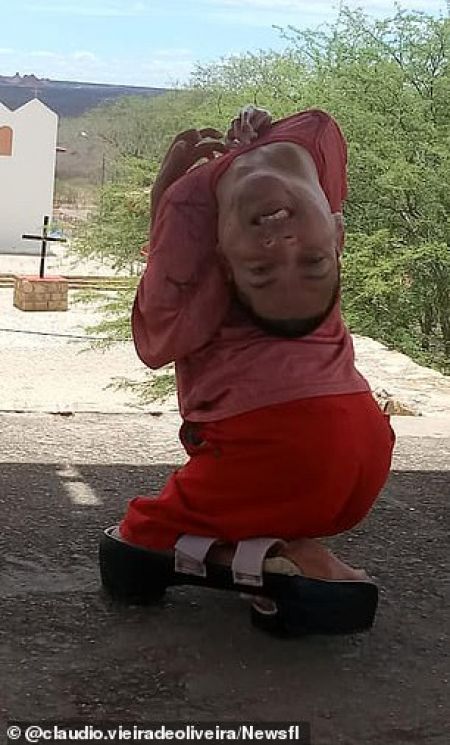 Claudio has written an autobiography, launched a DVD, and is also into motivational speaking.

His disabilities have so far not stopped him from doing things he enjoys, but because of the pandemic, he's been forced to shield and so has had to put everything on hold. 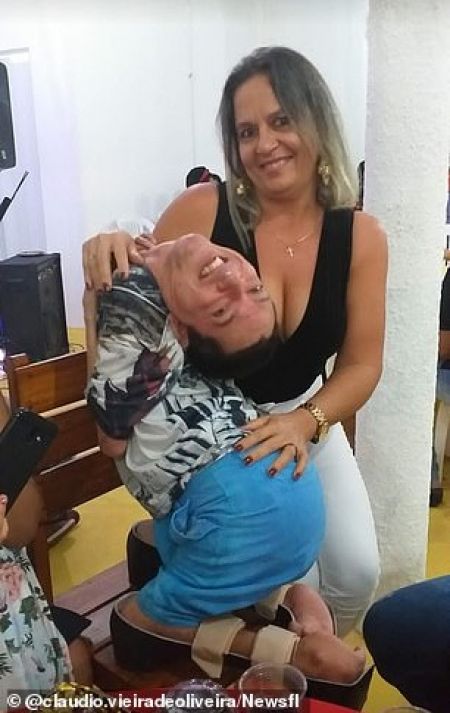 Speaking to Brazilian news site G1, he said: "I've never had [difficulties], my life is normal. I'm in full-on quarantine because this Covid is very aggressive, it's lethal, so we're scared. Spare me, God, from this damned illness.

But since the COVID-19 pandemic, Claudio had to put his life on hold and even caught the virus. He has had to remain at home since a year. 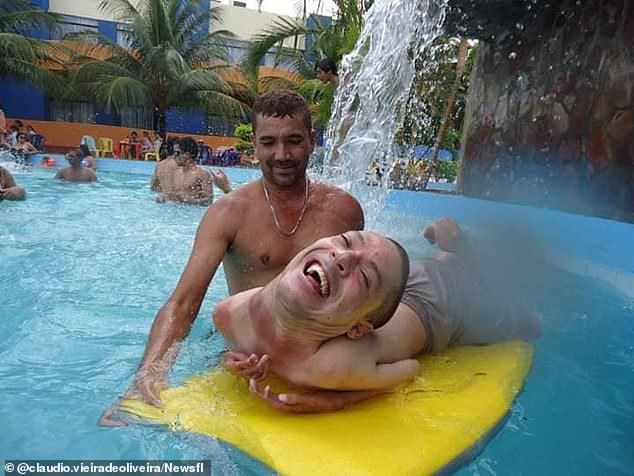 "I'm being over twice as careful, I've been isolating for over a year and I only leave the house to sort out things that only I can do, such as banking."

He told the publication: "I'm missing it so much. I've got a speech in the municipality of Bezerra, in the state of Pernamubco, scheduled for 28 April. If the pandemic eases, we'll go ahead." 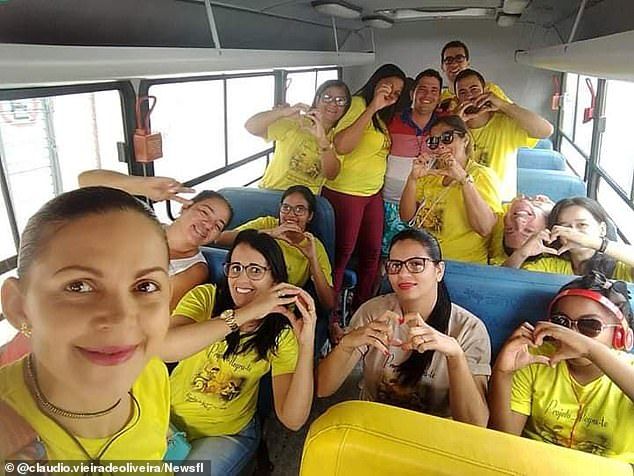 Claudinho told local media: "I want to give my talks again and live for many years."