A Florida Coast Guard Intercepted A Whopping 5,500lb Of Cocaine Worth Around $94 Million

Posted by Abdul Rafay in News On 28th April 2021
ADVERTISEMENT

The Cutter of the Coast Guard After being spotted by a maritime patrol flight, Tampa's crew intercepted a stealth boat carrying the Class A drug on April 9 off the coast of Punta Gallinas, Colombia. After that, the drugs were shipped to Miami. 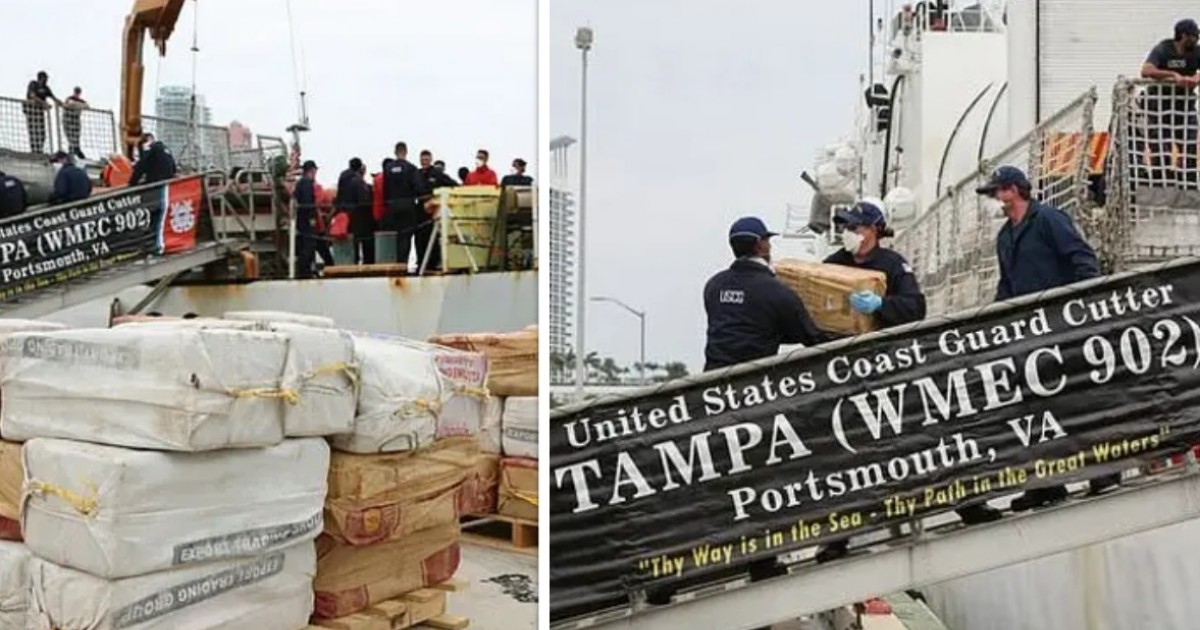 Three suspects were apprehended after the ship was seized, all of whom were said to be in good health because they had likely spent a long time on the small ship.

Following that, all three suspects were given food, water, shelter, and basic medical care. 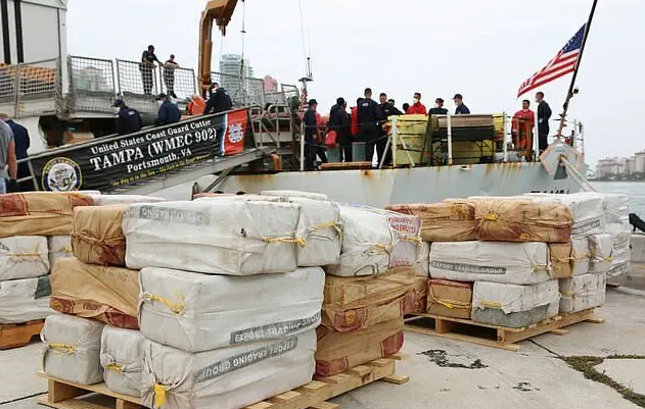 The stealth ship was destroyed ‘as a hazard to navigation after the perpetrators were removed from it.’

Lieutenant Commander Jason Neiman said in a press release, ‘This event is the perfect example of numerous key partners unifying our efforts to counter transnational criminal organizations who look to exploit the maritime environment.’ 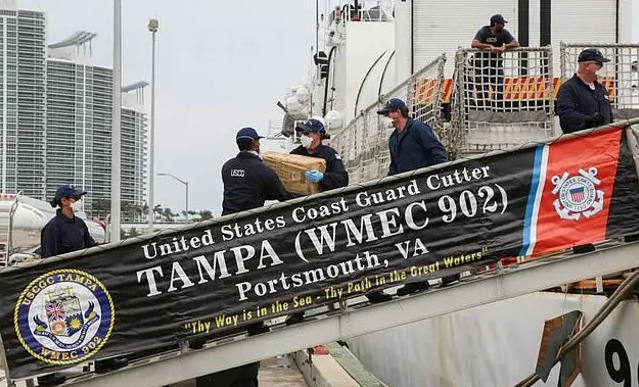 ‘By strengthening partnerships, we counter threats together,’ he added.

Although the drugs were intercepted by the crew of the Coast Guard Cutter Tampa, it was the ‘result of multi-agency efforts' in support of US Southern Command's enhanced counter-narcotics operations in the Western Hemisphere, the Organized Crime Drug Enforcement Task Force (OCDETF), and High-Intensity Drug Trafficking Area (HIDTA) programs, and the Caribbean Corridor Strike Force (CCSF).

The operation came after the US Coast Guard Southeast launched Enhanced Counter Narcotics (CN) Operations in the Western Hemisphere at the beginning of the month to increase drug disruption, according to the statement.

This isn't the Coast Guard's only recent success; since their expanded involvement, main partners have been involved in more than 60% of drug disruptions in the last 12 months, compared to 50% in 2019.

Furthermore, according to Mail Online, authorities seized an estimated $126.7 million worth of drugs from ten suspected drug-smuggling vessels between January and February 2021.

Meanwhile, in January, the UK Border Force intercepted a ship of cocaine worth £76 million that had been smuggled inside a banana shipment.