We all have cursed 2020 at one point or another. Now it's time to feel guilty about it as mother nature is not taking this too kindly. This groom from Massachusetts was almost struck by lightning when he cursed 2020 during his wedding vows. ‘Thankfully no one got electrocuted and we finished our vows before the rain started! Mother nature has one wry sense of humor,’ told the groom Aaron. 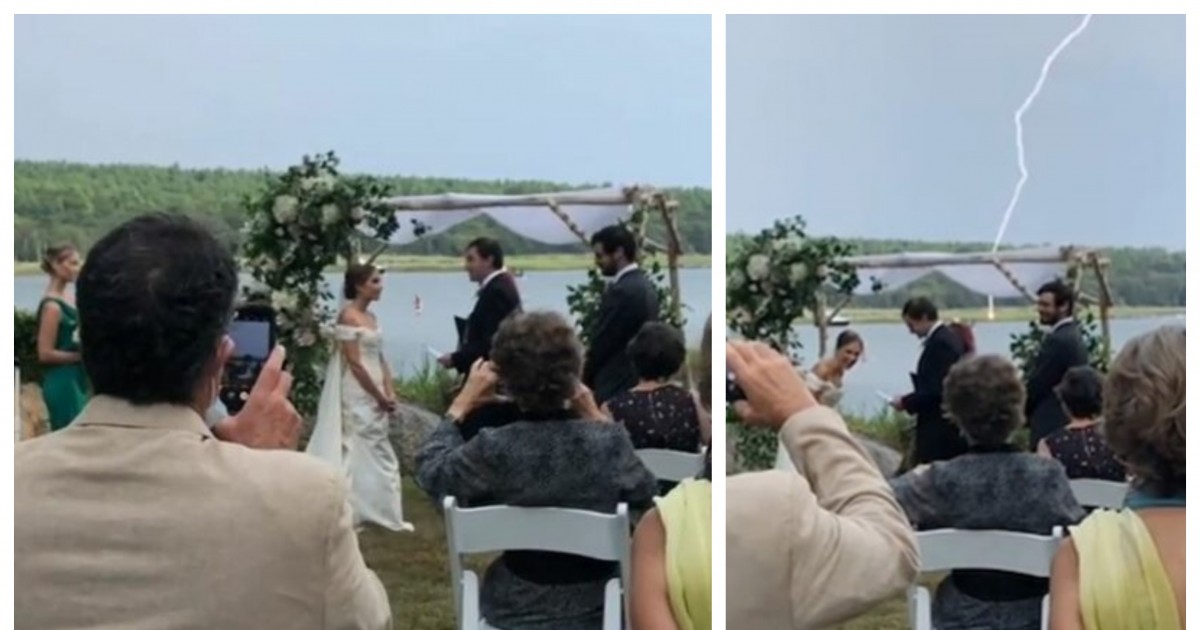 #1 Admit it, we all have at one point or another cursed the year 2020 for ruining all our plans

2020 was so not the way we expected, at one point or another we all have declared our hatred towards this year. But next time you do it, don't forget this one man in Massachusetts.

He cursed 2020 during his wedding vows and it turned out mother nature was not so happy with him.

Just before declaring his love for the bride, Aaron reminded everyone how 2020 has not been the best of the year.

‘Let’s face it, 2020 has not been the best year,’ Aaron tells his guests, and everybody starts laughing but then a huge bolt of lightning struck right next to him.

#2 Everybody stayed safe during the storm

Thankfully no one (including the Groom Aaron Sawitsky and his bride Denice McClure) was injured from the lightening. 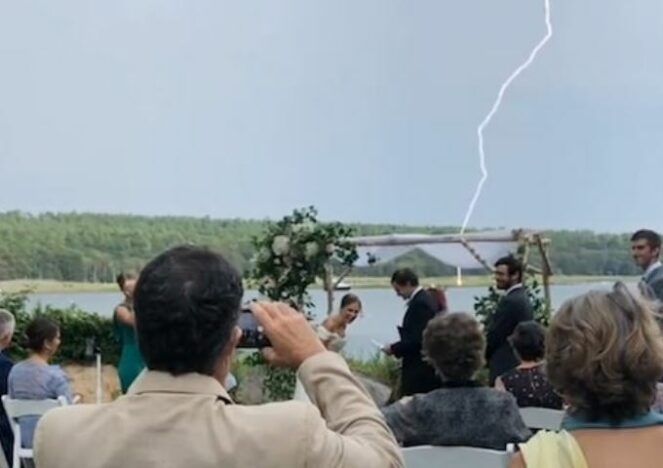 ‘Thankfully no one got electrocuted and we finished our vows before the rain started! Mother nature has one wry sense of humor.’

They were supposed to get married in June, but coronavirus restrictions made them push their date back a total of four times.

Aaron and Denice decided to get married on August 22 and told each other that nothing would get in their way now. They knew the weather wouldn't be that good on their big day but not even lousy weather and the threat of lightning could stop them from becoming one.

The couple finally said their vows in front of their friends and family. The beautiful ceremony ended without any incident.

Bride Denice told UNILAD ‘it perfectly sums up the year so far’, and she’s not wrong.

‘We were about two minutes away from finishing the ceremony, so I think we all were feeling like, “we’re almost there, let’s just get to the end”.’ 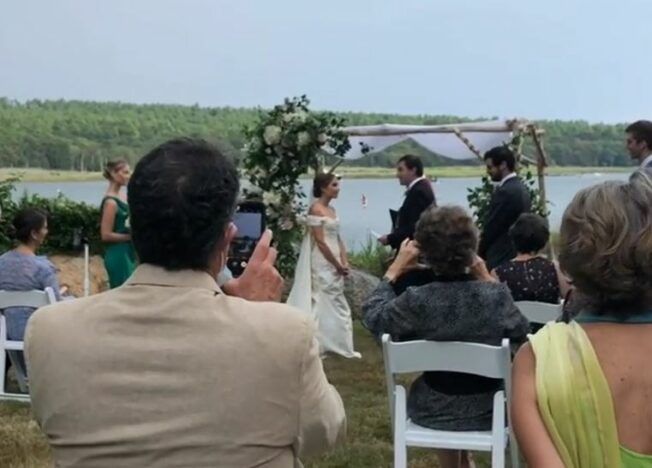 ‘I think if we knew how close it was, we would have probably headed for shelter.’

'We think it perfectly sums up the year so far: expect the unexpected, roll with the punches, make the best of the situation.'

The good part was that the storm blew over in about 45 minutes and the wedding ended with a clear sky and even a rainbow.

‘Hopefully, that’s what’s ahead for everyone,’