A List Of 10 Things That Kids See Vs. What Adults See

Kids have an abundance of imagination that adults wish they could still tap into. For a child, even the most simple thing can be an adventure. Let's take a look at a few great examples of what the world looks like through the eyes of a child. 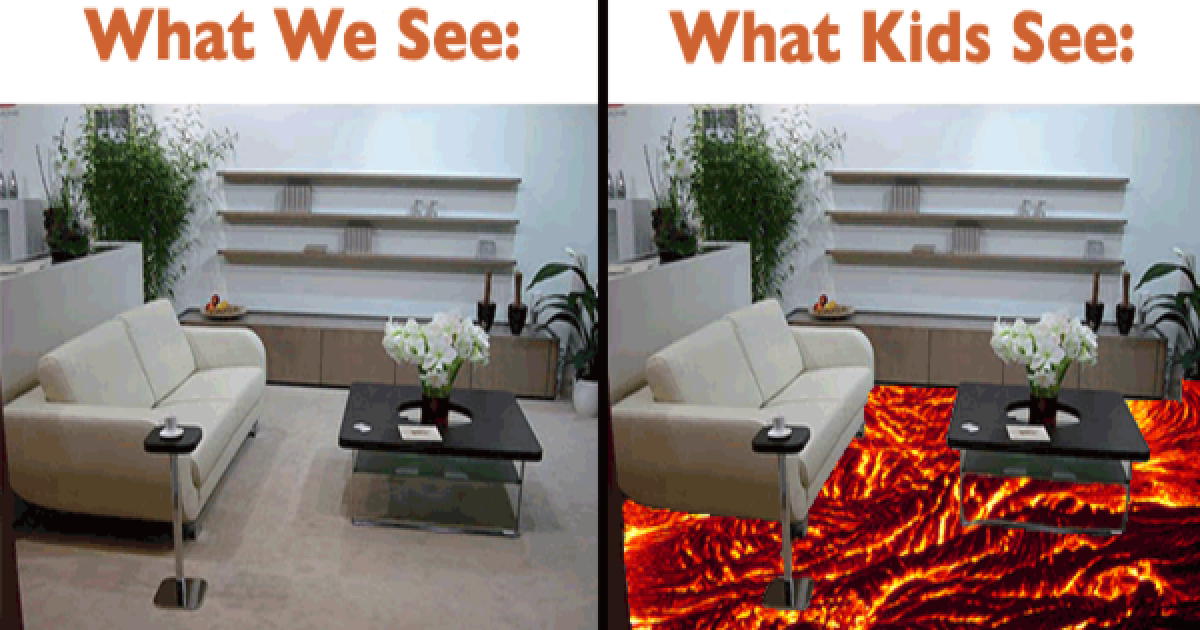 As adults, we see school as a way for our kids to become educated about the world and learn the skills they will need as adults. Kids, on the other hand, see school as a daily prison they must endure before they are allowed to go home and play outside. 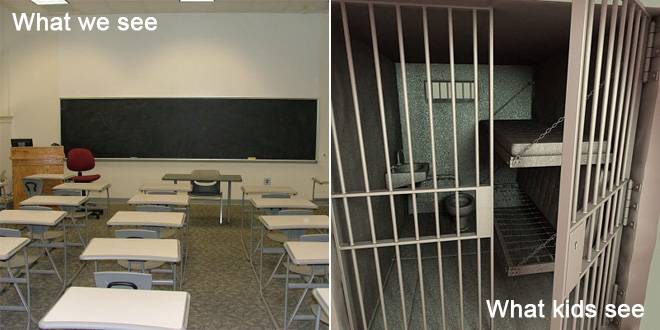 #2 They are just toys you say.

Kids are just oozing with imagination so when it comes to playing with toys they can create some pretty elaborate games. You might just see a pile of plastic army men but your child see's a military simulation every bit as realistic as any Call of Duty game. 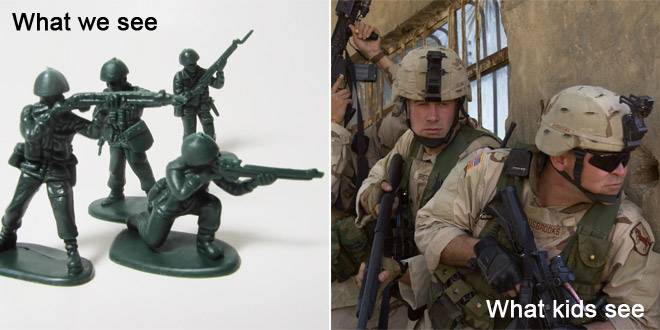 That big wheel that your kid loves so much is like a bad ass motorcycle to them. The faster they go the cooler they feel. Don't you remember how fun it was as a kid? In my neighborhood, we used to race big wheels. it was the best thing ever. 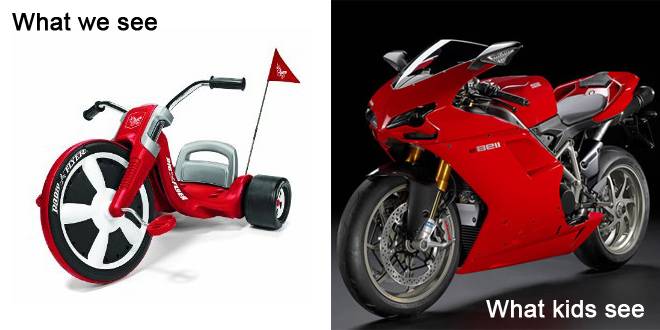 Kids are still just kids so some things like kissing, for example, are seen in a negative light by them. You gotta remember, they haven't discovered those kinds of feelings for the opposite sex yet so the thought of kissing a boy or girl is pretty gross to them. 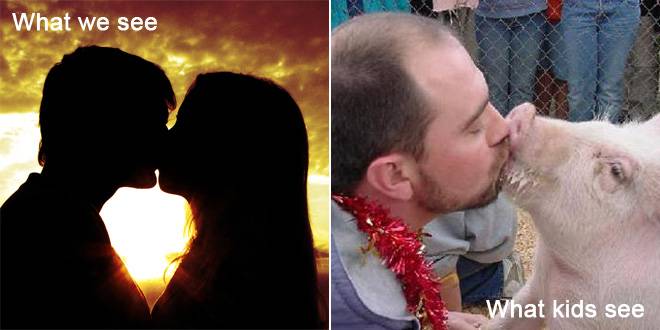 It's absolutely ridiculous how much some kids love peanut butter and jelly sandwiches. To those kids, it's the best thing ever. It's like they can eat cake every day and who doesn't love cake? 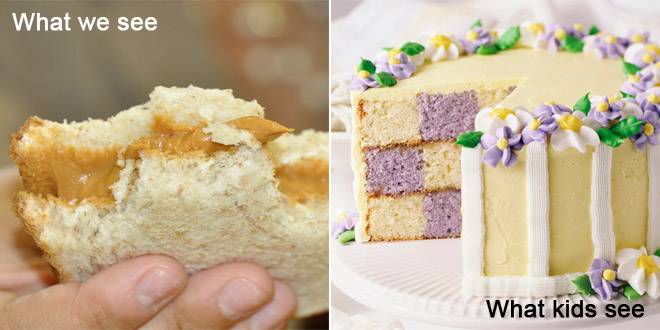