Posted by in News On 17th March 2021
ADVERTISEMENT 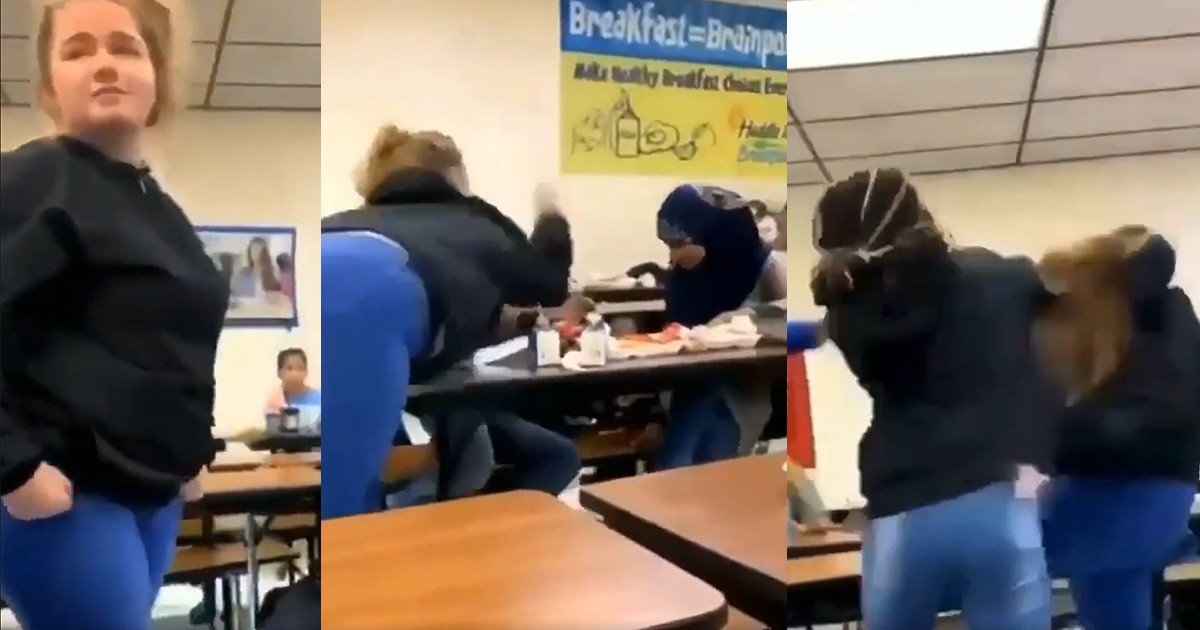 An upsetting video that has been viewed more than 2 million times shows three students in an altercation at Chiefland Middle School.

The video which shows an extreme case of school bullying captures a white female student attacking a Muslim girl at a cafeteria table.

The video shows the girl hunched over the table as the Muslim girl has ducked down low in an attempt to avoid the blows being directed towards her. It is suggested that she was attacked because of her religion.

As she makes her attack, some students can be heard laughing in the background. 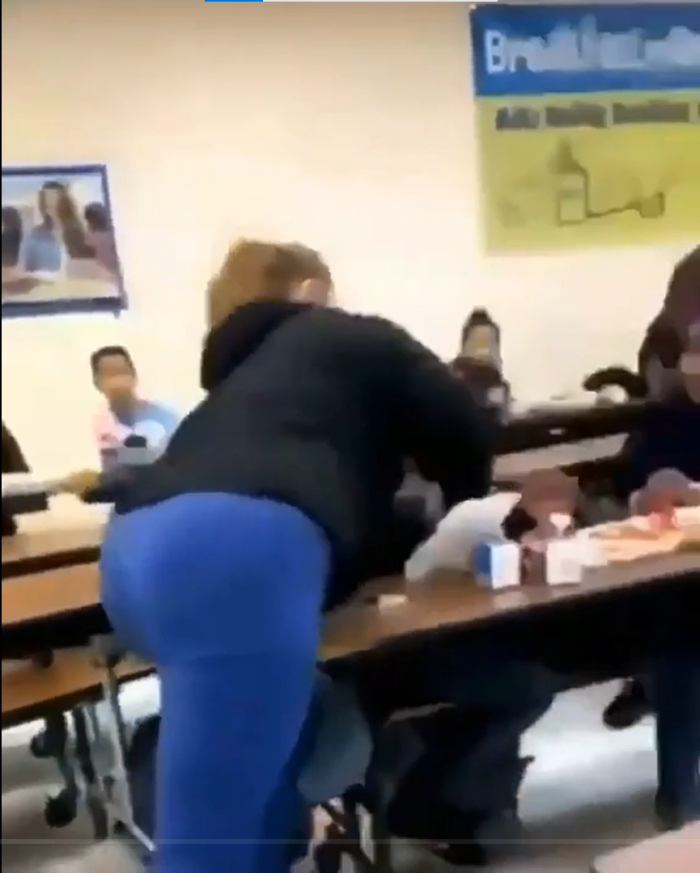 The girl then turns away to acknowledge the laughing crowd. 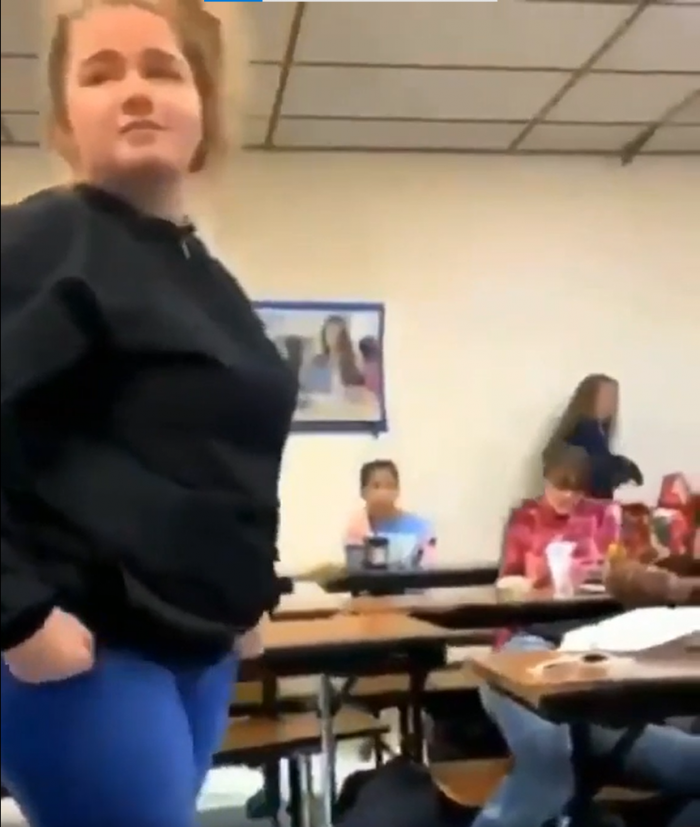 She immediately turns back and continues to attack the girl who is now attempting to compose herself. 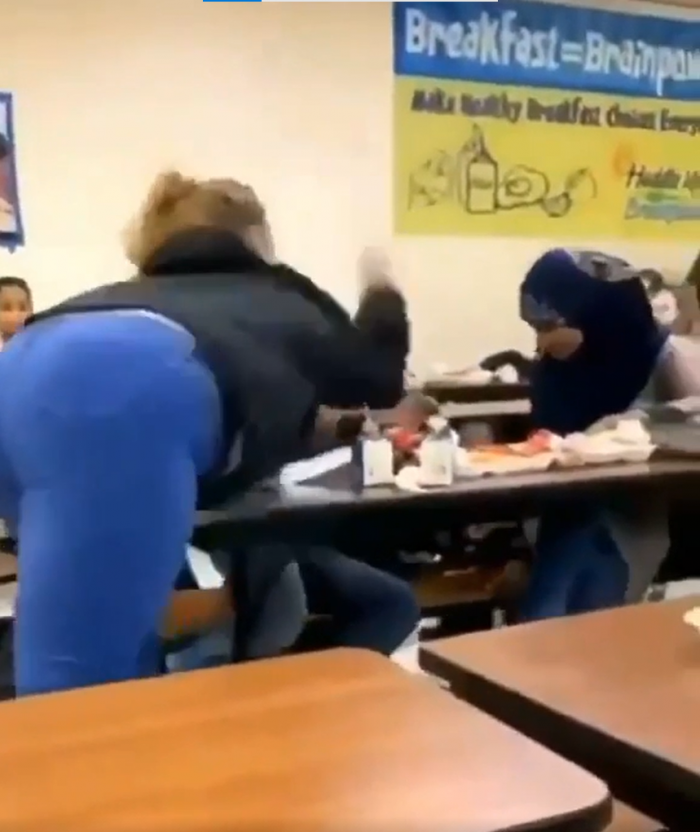 The attacker is then suddenly pulled back as another student pulls her backwards by the hair in an attempt to move her away from the girl being attacked initially. 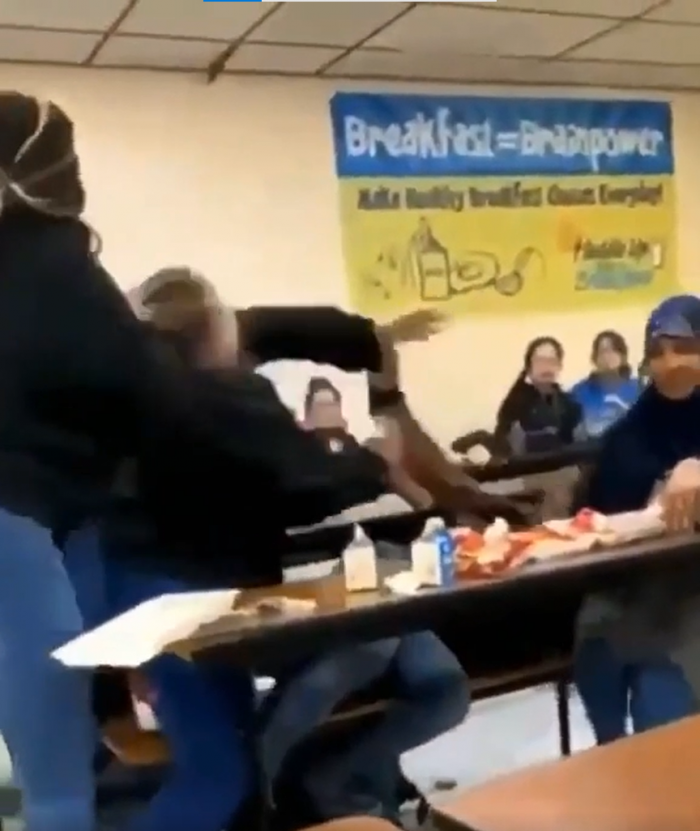 It is when the black girl starts beating up the initial bully that a teacher intervenes and tries to separate the two. 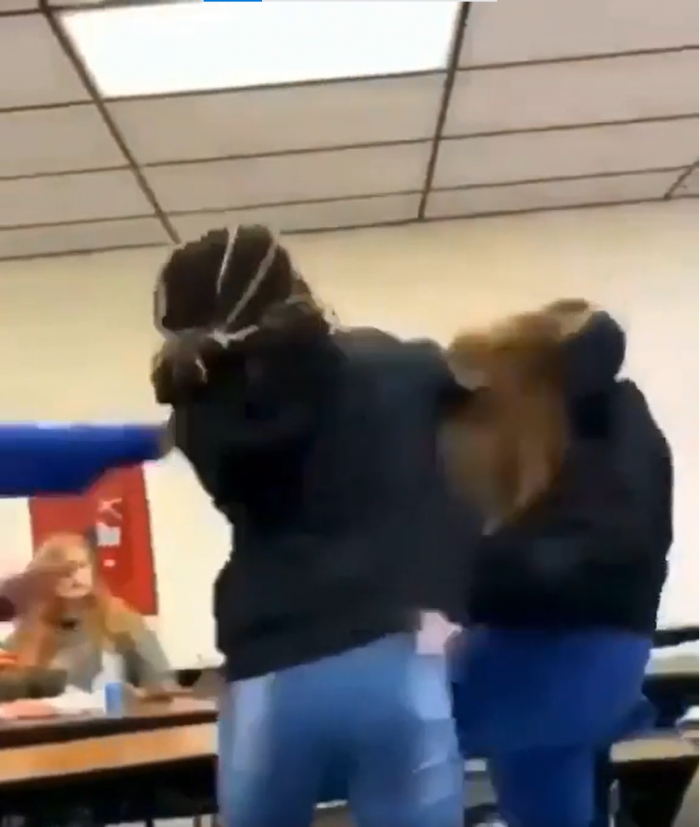 The teacher succeeds in pulling the black girl away as the white female is seen composing herself on the ground as the Muslim girl and her friend look on. The video cuts off at that point. 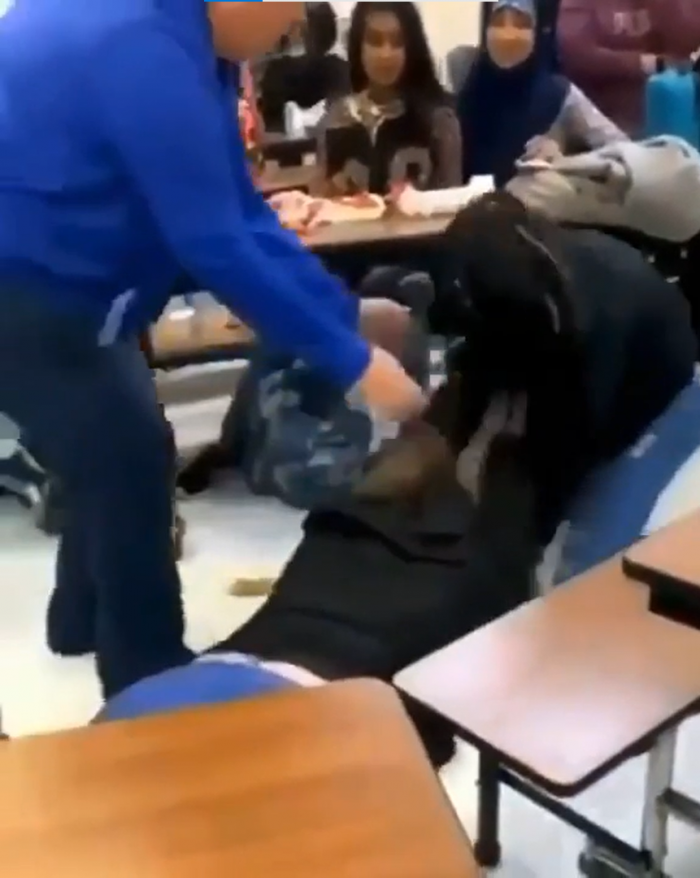 The school board has since released a statement.

“We are disappointed by an incident which occurred two months ago at one of our campuses, which has recently received attention on social media platforms, this doesn’t accurately reflect the values of the School Board of Levy County. The district has thoroughly investigated and followed through with its policies to address the matter with all those involved. The School Board of Levy County takes any form of fighting, discrimination, intimidation, harassment, and bullying seriously, and they are not tolerated on any School District campus. The District has policies that it rigorously follows to enforce those values. Student privacy laws prevent the district from commenting on the specifics of any particular case, but if a student or parent has a concern about a situation, they should contact their campus principal or the district. Our District’s goals are to continually improve and we have grown from this isolated incident at one of our “A” rated schools.” 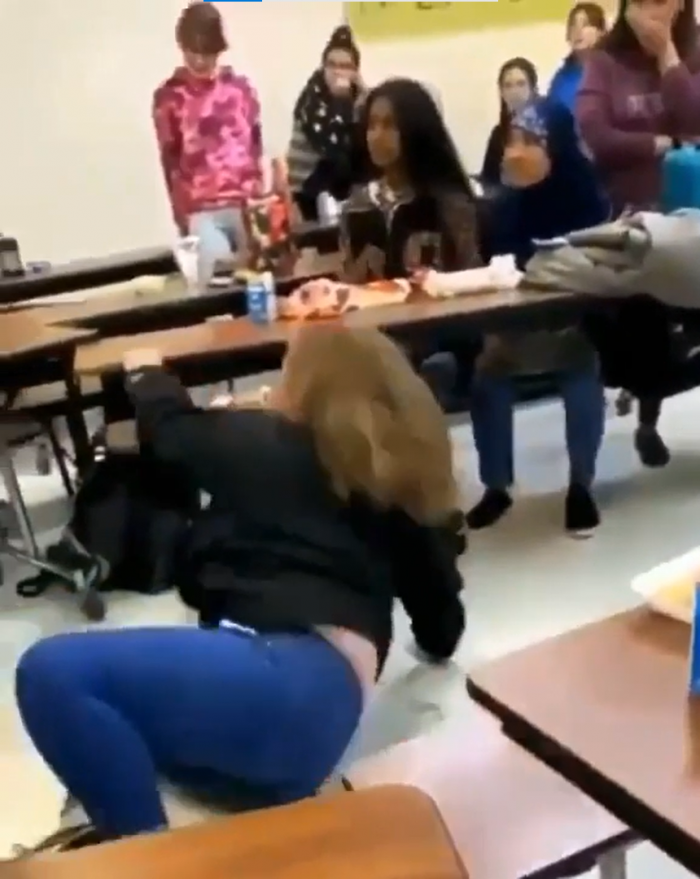 The Council on American-Islamic Relations said, “CAIR-Florida is outraged to learn of the attack on a young Muslim female student at Chiefland Middle School in Levy County, Florida. Not only are we disturbed by the physical attack on this young student but also the jeering and laughing by those witnessing the attack and the strikingly apparent lack of intervention by administrators.”

The video was also posted on Instagram several times.