Posted by in News On 28th March 2021
ADVERTISEMENT

A disturbing video showing a white passenger hurling racial abuse towards a Hispanic driver has gone viral on the internet. The passenger was asked to leave the car due to his behaviour when he started screaming slurs at the driver. 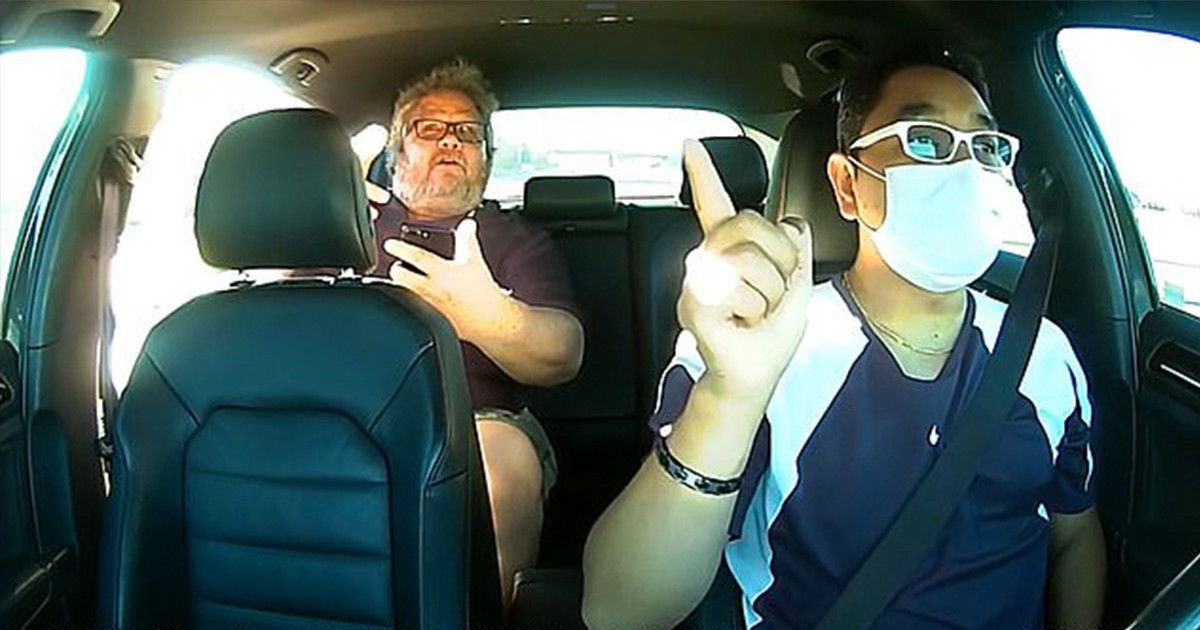 Upon entering, Edgar asked Richard if he had a mask.

'By any chance do you have a mask?'

Richard then asked if he could cover his face with his shirt, considering they’re in close quarters.

'Do you mind to put your shirt on top, here? I would really appreciate it.'

Edgar was about to get on the freeway when the passenger said, 'I don't like you. You ask me to wear a mask - I'm going to give you a s***** review.'

Edgar decided to end it there. 'You know what, you can get out right now.'

Unfortunately, Richard did not comply, 'I'm not getting out right now. I have a contract with you, and a ride with you.’

'The contact does not end. You can't do that.'

'I told you I don't like your standards. I'm entitled to free speech. You cannot cancel the contract for that.' he continued. 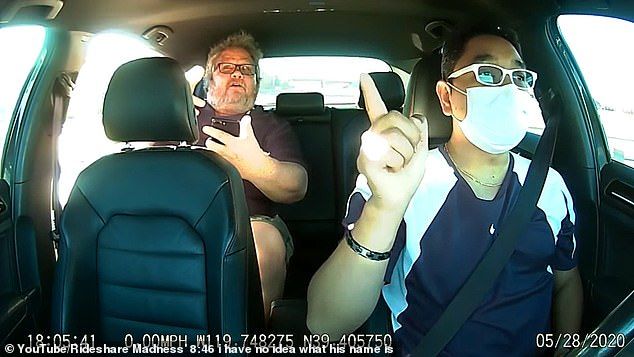 When Edgar asked him to leave the car, he got angrier and started calling him ‘boy’ and insulting his appearance, calling him 'a candy-assed f***** with white glasses.'

He then threatened him with physical violence, 'I could f****** crush your skull right now.’

When reminded that he was being recorded he said, 'I'm not going to do that because I'm not an idiot,'

Edgar ended the ride and asked Richard to leave, 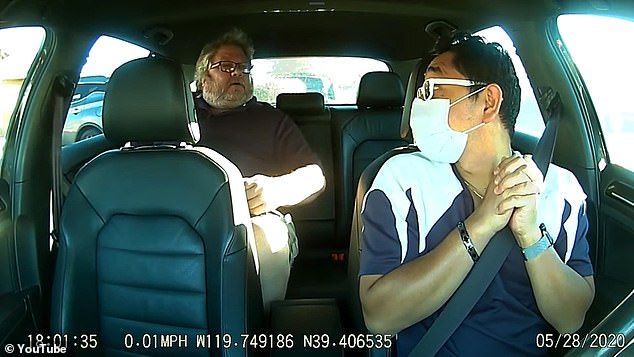 Edgar repeatedly asked him to leave the car, 'Now, please get out, or else I'm going to have to call the police.'

That’s when Richard started getting more racist and began making fun of his accent. 'You got "bideo"? You ever take English class?'

Edgar then asked if he ever took a 'morals class'. 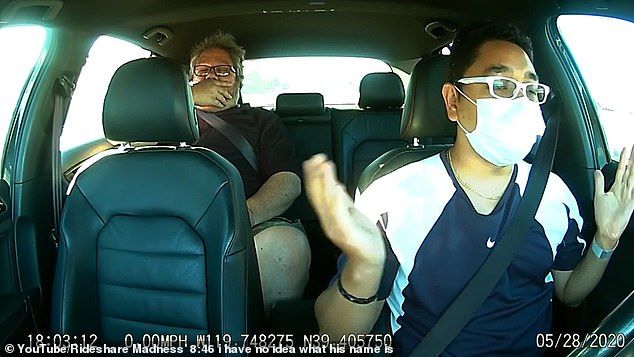 Richard then asked where he was from to which Edgar replied, 'I'm from here.’

Richard asked, “And you are?”

'I'm an American, mother f*****. Fought for this country three times in the goddamned war.'

Edgar said he was an ‘American too’.

Richard’s racist rant continued, 'No you're not. You don't speak English’.

Richard finally left the car after six minutes and is now banned from using Lyft. 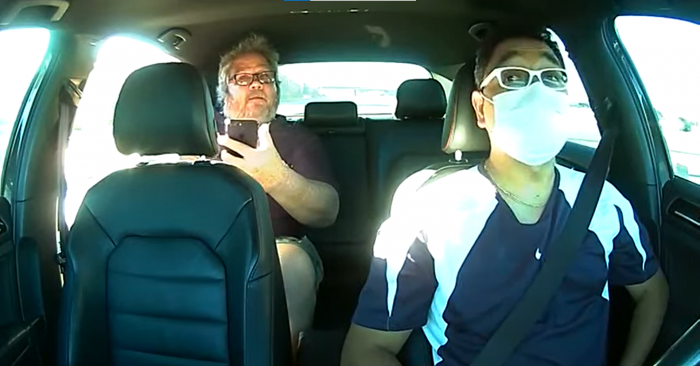 A spokesperson from Lyft said, 'The behaviour shown by the rider in this video is despicable and has no place on the Lyft platform.

'Lyft is committed to maintaining an inclusive and welcoming community, and discrimination is not tolerated.' 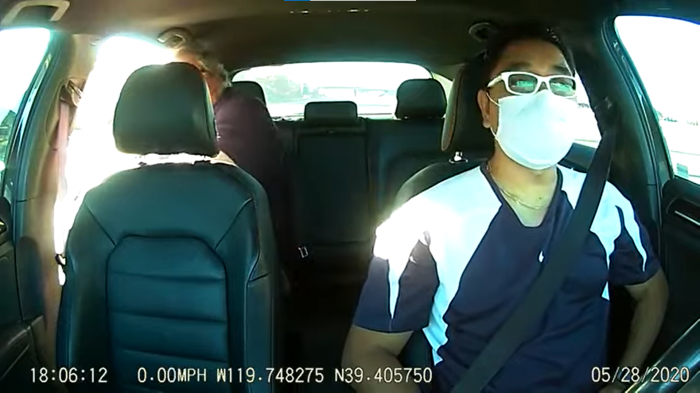