Posted by in News On 25th March 2021
ADVERTISEMENT

A woman at a 'Kill the Bill' protest stripped naked and stood in front of the police in Bristol which has been hit by protests for three days. These protests are part of a chain reaction that began with the Sara Everard case prompting an anti-protest bill. 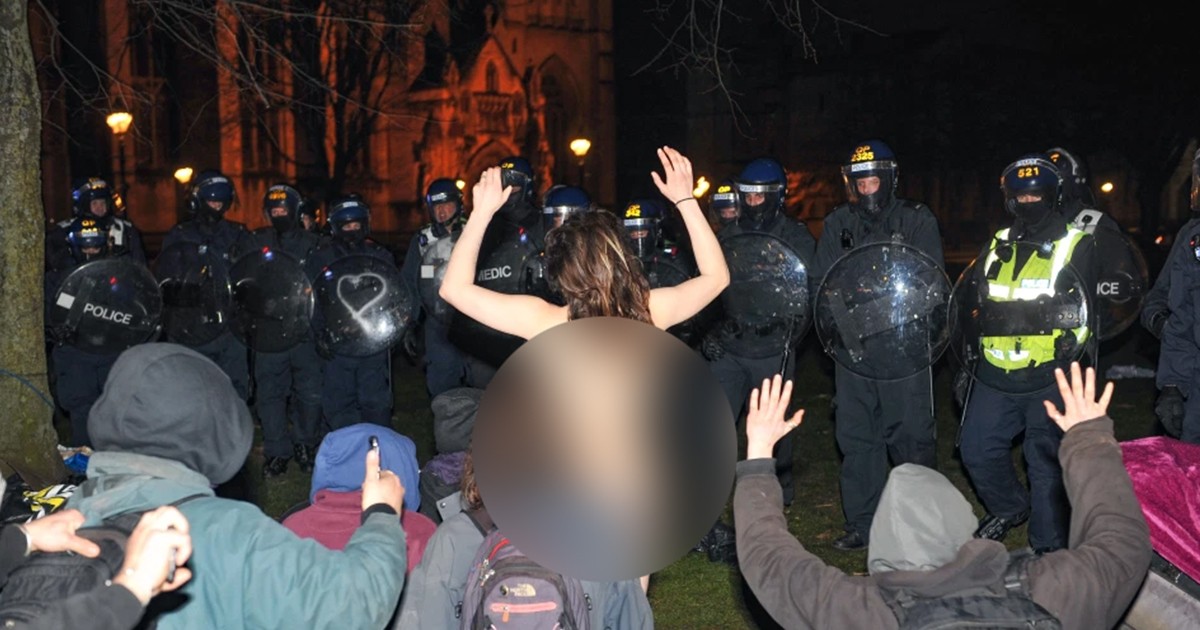 A controversial bill being introduced in the UK has sparked the ire of protestors. The bill which comes after protests of the Sarah Everard murder resulted in ‘Kill the Bill’ demonstrations all over the UK.

In a protest in Bristol, 14 activists were arrested over the course of two protests in three days. 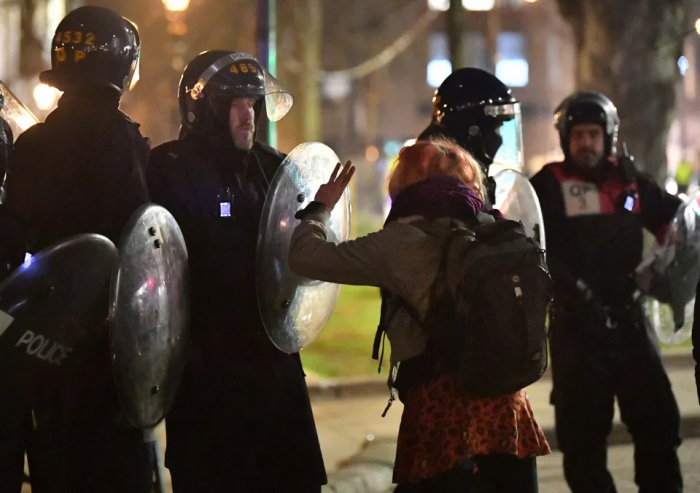 A female protestor stripped down in front of police officers, raising her arms above her head. 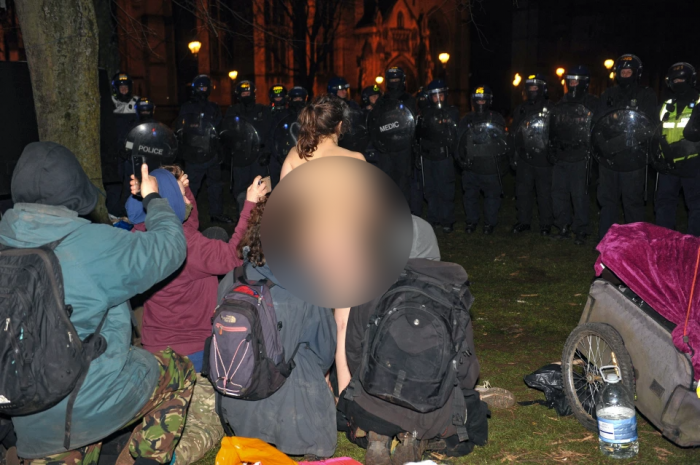 It is assumed that the move was in relation to the female safety and sexual harassment debate on UK’s streets in the aftermath of the Sarah Everard murder. 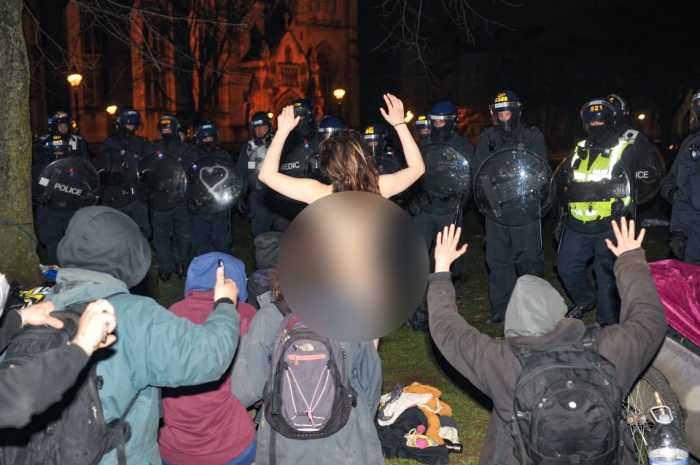 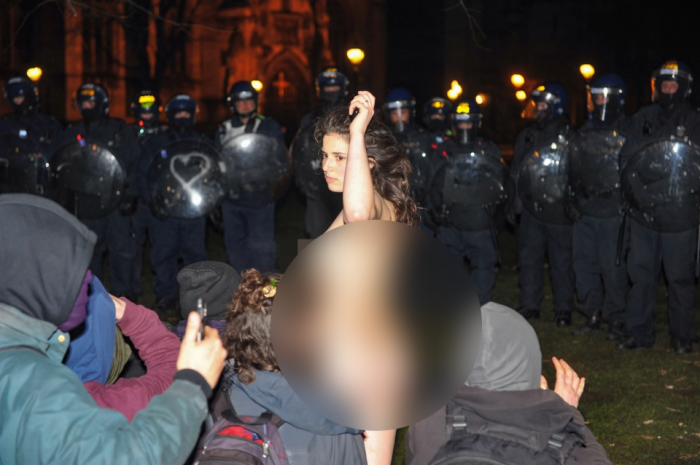 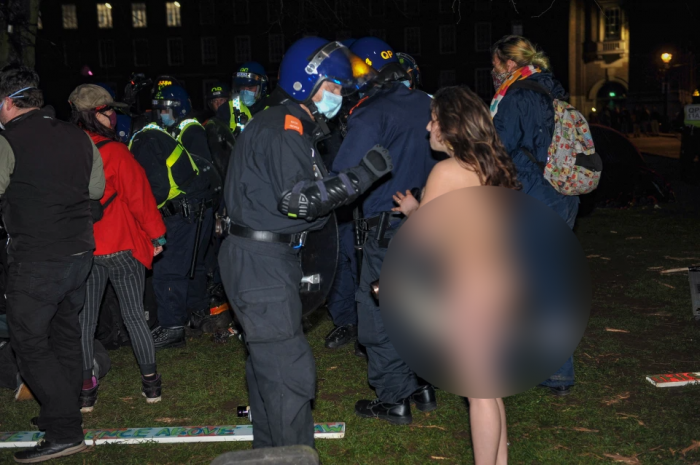 She is later seen speaking to the police and then walking away carrying her belongings. 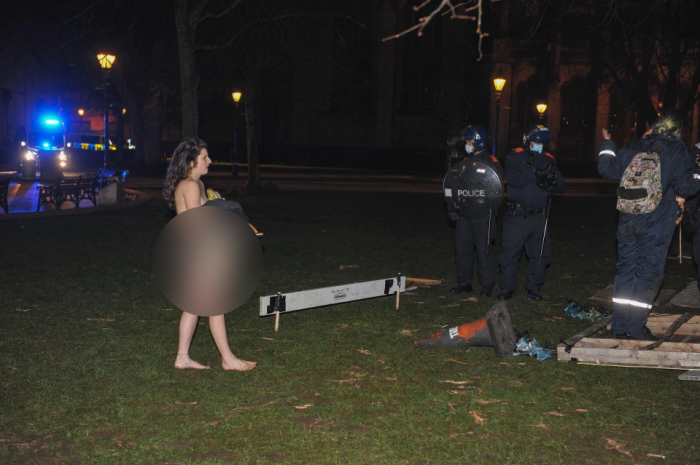 Other more shocking images show a woman urinating on a policeman. 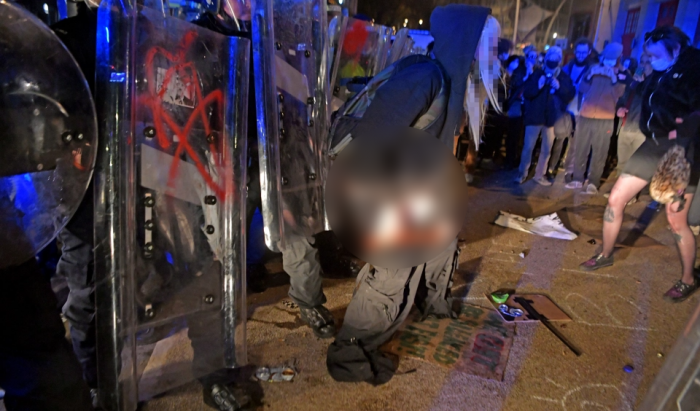 And two others taking selfies as they defecate in front of a police van. 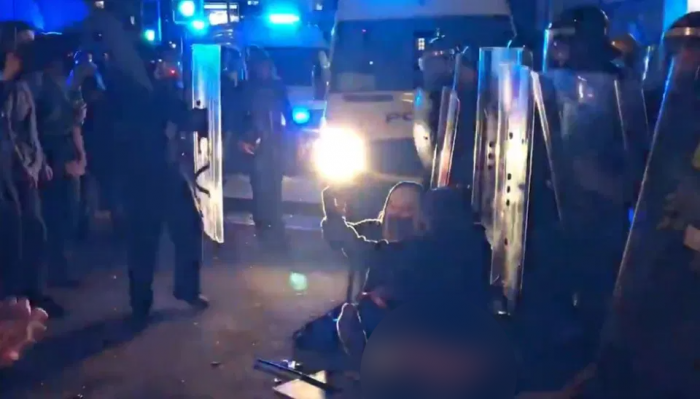 The incident occurred on the anniversary of the first Covid lockdown.

A spokesman for the police stated, “It's disappointing we needed to take this action on a day we remember those who've lost their lives." 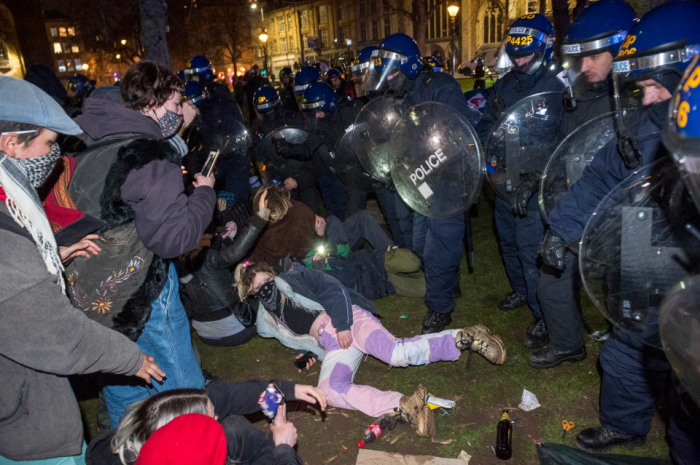 According to witnesses the protestors had been singing since 4 pm and that the police’s actions were ‘heavy handed’.

“They came in from out of nowhere we were just sitting together singing and making peace signs and they bombarded us.

“It’s outrageous, they were heavy-handed. One girl was thrown in the air by the officers, you would have thought after what happened the other night they would have learnt their lesson." 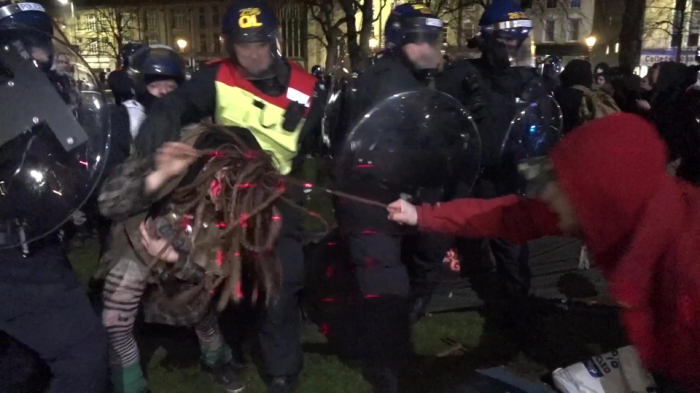 "We just wanted a peaceful protest tonight and this is out of order. We weren’t causing any trouble.”

Half the group soon fled after the police took action while the rest remained sitting in protest. 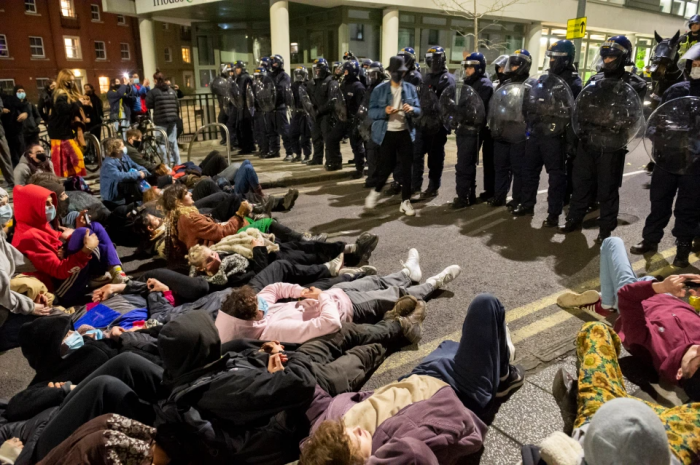