Posted by Annie N. in Entertainment On 1st September 2021
advertisement

Adam Levine might be a busy man but nothing stops him from getting as many tattoos as he can. This time he managed to carve out two days out of his schedule to get tatted up on his leg in a full sleeve artwork. 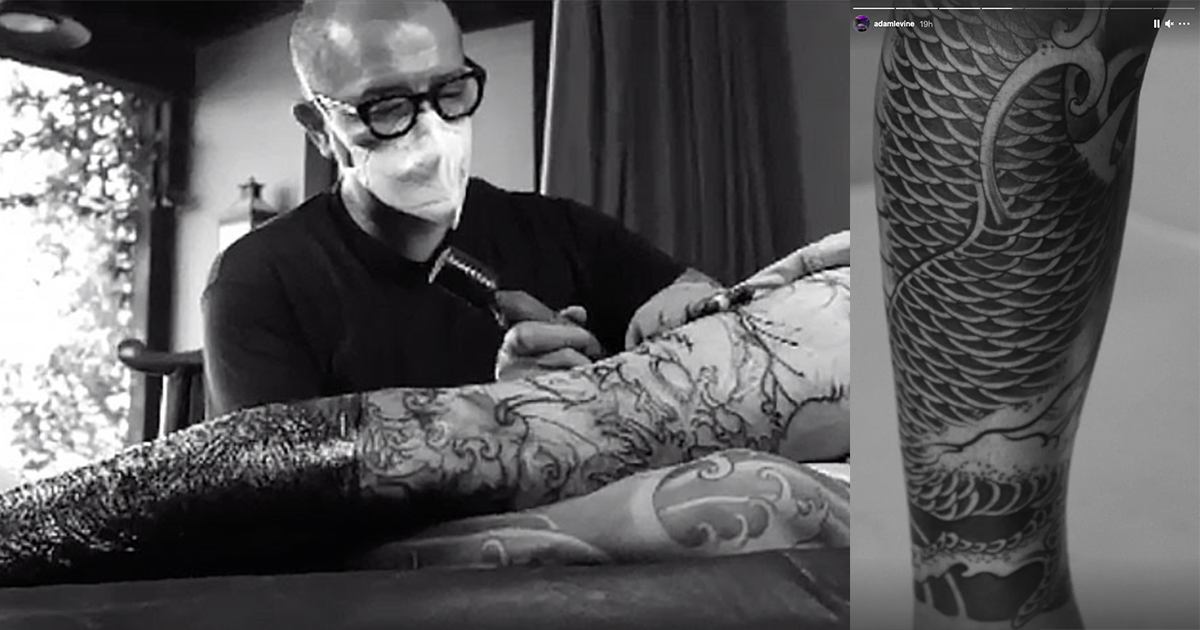 For people that enjoy Adam Levine and tattoos, this is a moment of convergence of their loves as the Maroon 5 singer gets a leg tattoo over the course of two days.

Adam Levine who is also a judge on the famous reality TV show, The Voice managed to carve out two days from his schedule which he used to get himself a full sleeve leg tattoo.

Tattoo artist Bill Canales who is specialised in traditional Japanese tattoos is the man behind the beautiful artwork.

While not all of the artwork has been revealed just yet, there are enough pictures to be able to piece together what the entire piece would look like.

One picture reveals details of a Japanese dragon as Canales finalises the details. Another shows koi fish swimming around in the artwork where it's up against a waterfall. 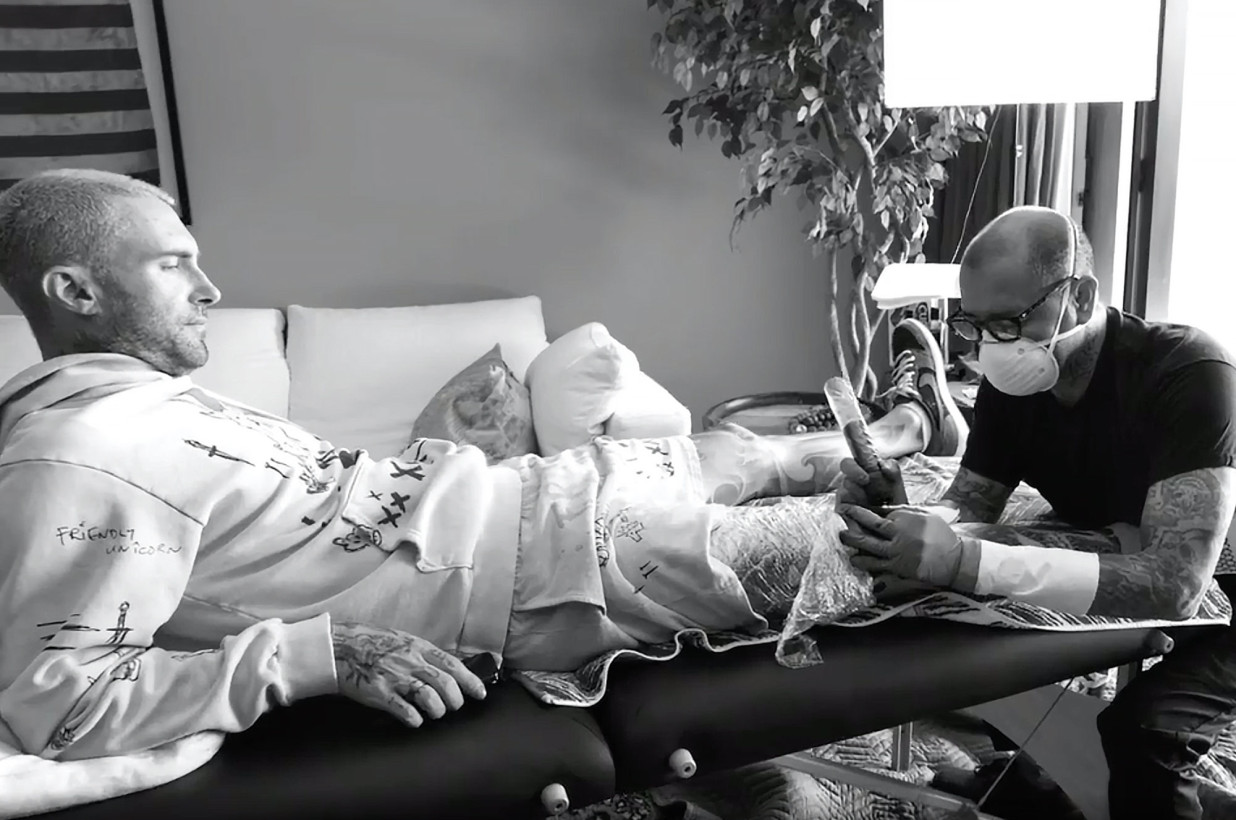 It takes inspiration from Japanese folklore and tradition of perseverance and reward where the koi fish swims against the currents to turn itself into a dragon. 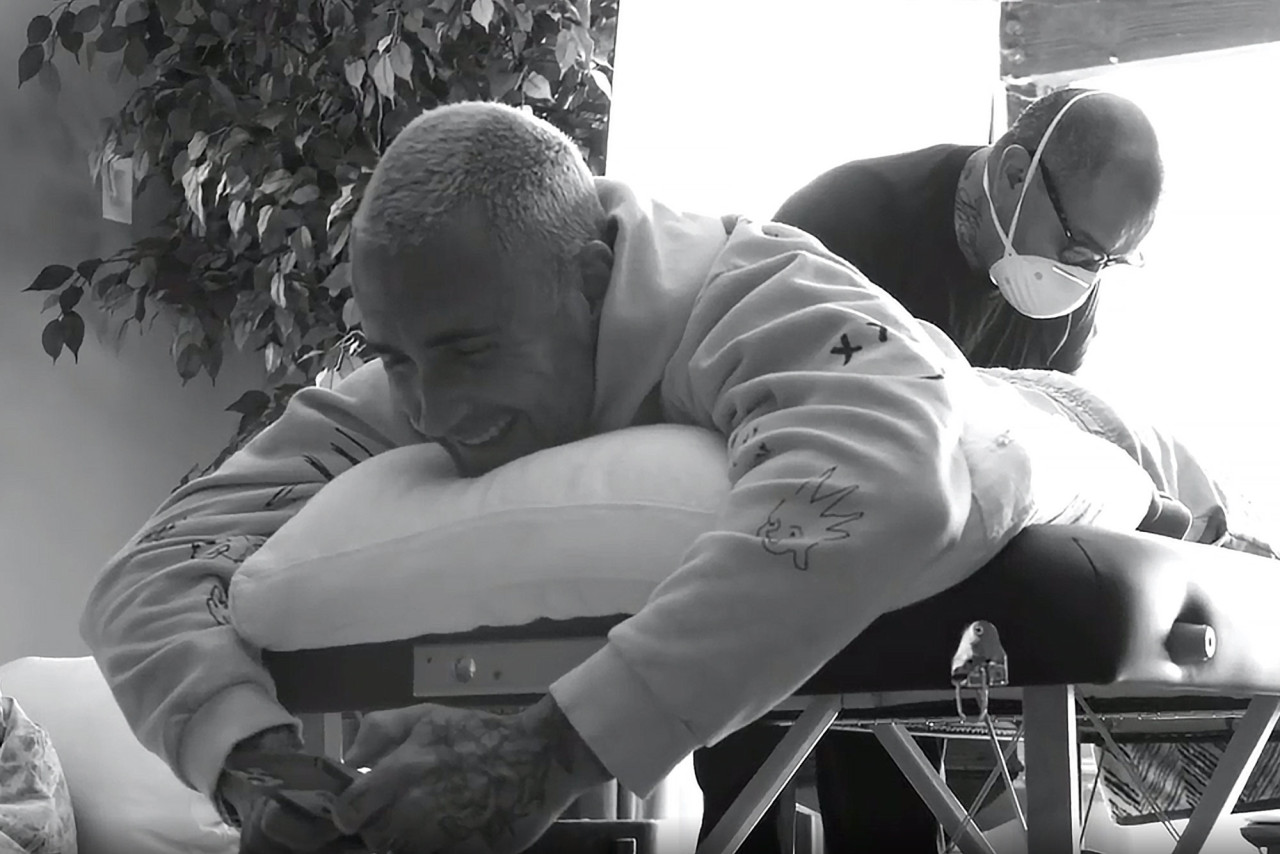 What people love about Adam Levine’s tattoos is how they all come together to tell a cohesive story and how the artwork complements one another as well. 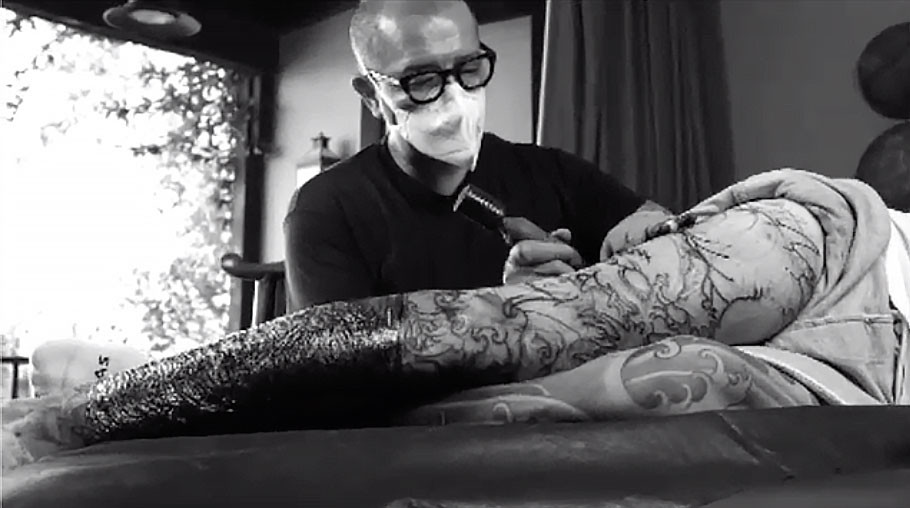 Here's a closer look at the artwork. We're interested to see how it looks in its entirety.