Airbnb Hosts Criticised After Banning Anyone Who Weighs More Than 16st

Posted by Sama in News On 5th September 2020
ADVERTISEMENT

These Airbnb hosts have been banned from the site following criticism after banning customers who weigh more than 16 stone, claiming they could 'seriously damage' the property.

Zsu and Marcus have been slammed after posting a rule that forbids guests with 'eating disorders' due to a 'maximum weight limit of 100kg [15.7stone] PP'. 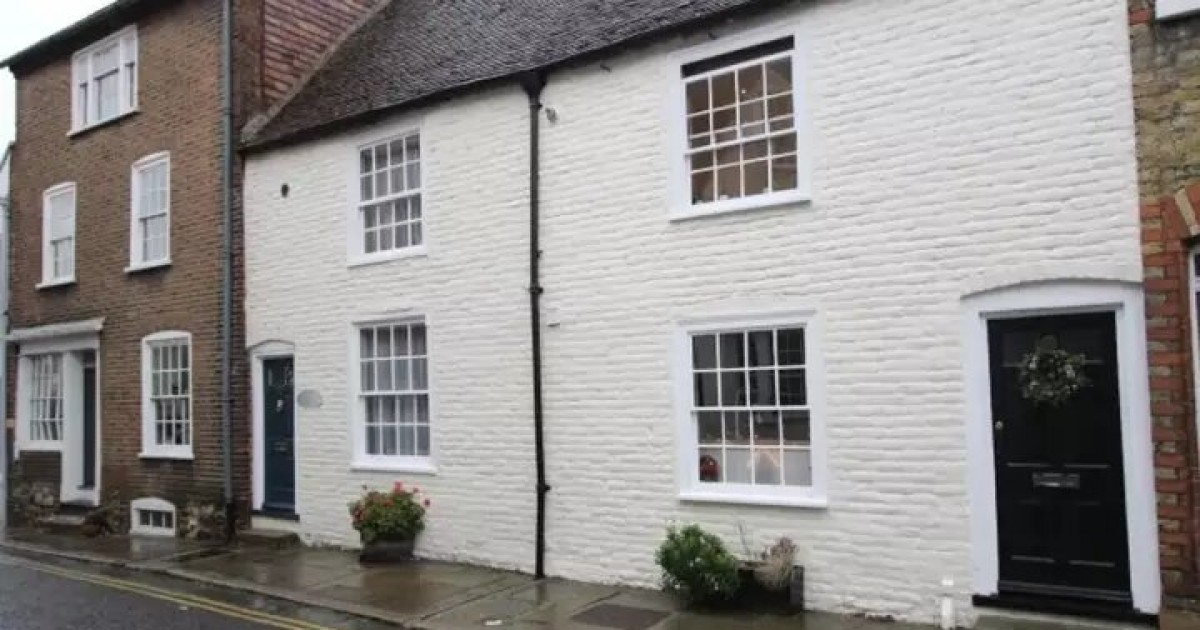 Some Airbnb hosts have been slammed after banning customers who weigh more than 16 stone, claiming they could 'seriously damage' the property.

Zsu and Marcus have been slammed after posting a rule that forbids guests with 'eating disorders' due to a 'maximum weight limit of 100kg [15.7stone] PP'.

The 15th-century Bobbit's Lair cottage in Sandwich, Kent, was on Airbnb for £199 per night. 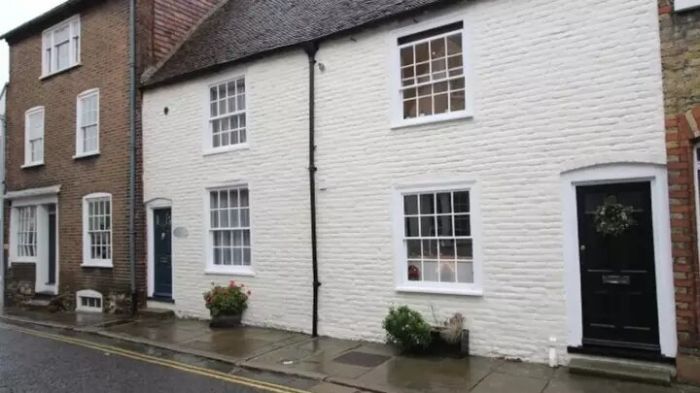 Over the complaints of weight restriction and following the criticism the listing has been removed from the site, only to be reposted on 2 September with the references to 'eating disorders' removed.

The re-uploaded listing explained that the restrictions were due to 'very old oak beams'.

Fat activist, Lindsay McGlone, 22, called these hosts 'discriminatory' and 'fatphobic' as the couple say that 'bigger than average' people are not welcome as they cause 'serious damage'.

The hosts said: "We had someone ask about the bath size then how wide the doors were.

"We said 'not suitable for disabled guests'. 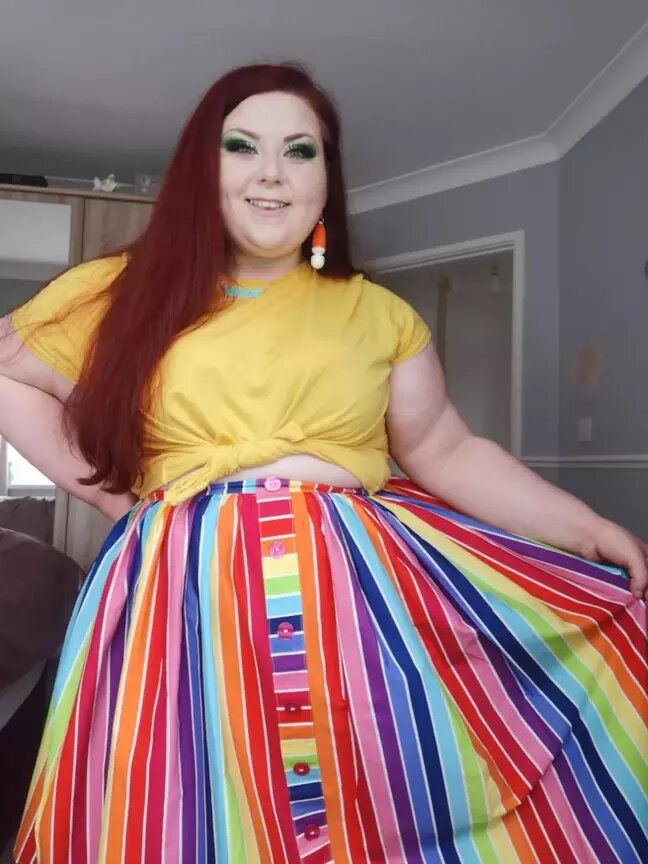 "Then the penny dropped once they booked - we had to cancel as the cottage could have got seriously damaged during their stay.

"Understand the pictures are wide-angle, bigger than average people are NOT ALLOWED TO STAY!" 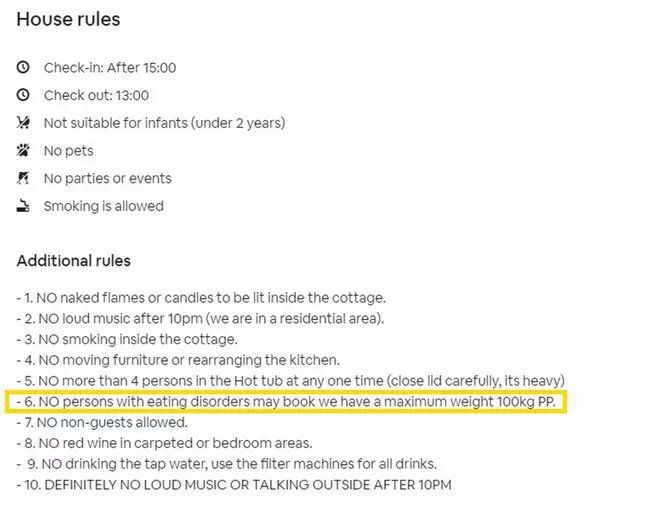 Lindsay was pissed off after seeing the listing saying: "Specifying a certain weight is fatphobic as it's discriminating against people who have a larger body.

"It's probably come from internalised fatphobia and now they're trying to justify it by saying they've got old oak in their house.

"That doesn't take away from the fact that they're still being discriminatory, it's trying to find a way to justify what they've said. It's absolutely appalling."

She added: "Somebody with an eating disorder doesn't have to look a certain way - some are larger, some are smaller. This listing reinforces that they do.

"Society discriminates against fat people daily. I've always been fat, comfortable with my weight and the term 'fat'. 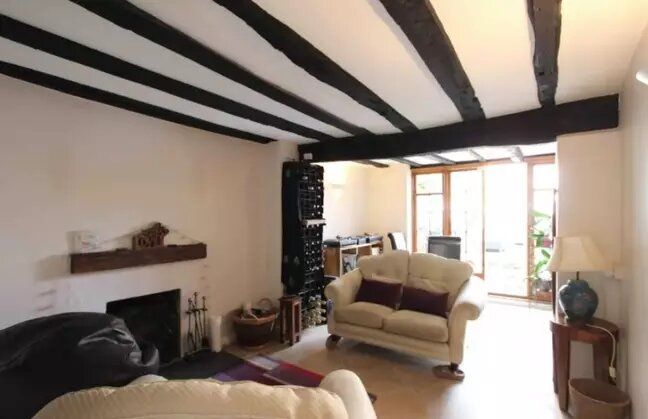 Airbnb has now removed the property completely from its site.

An Airbnb spokesman said: "Airbnb's mission is to create a world where everyone can belong anywhere.

"Discrimination and bias have no place in our community, and we have suspended the listing while we address the matter raised.

"We enforce a strict non-discrimination policy and under our Open Doors initiative, if a guest feels they have been discriminated against, we will provide personalised support to ensure they find a place to stay." 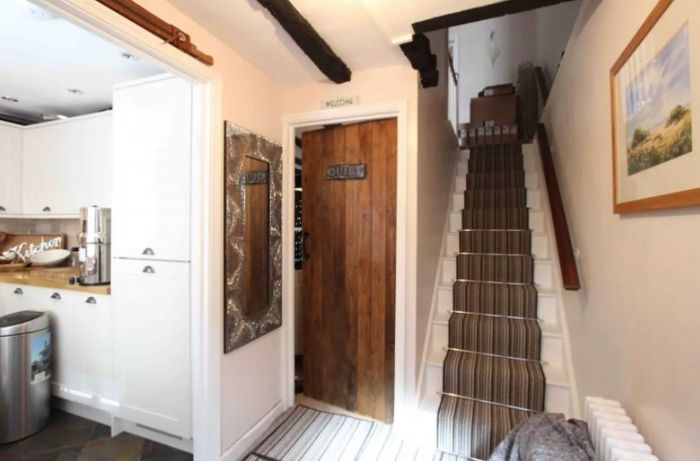