Posted by Muk Khatri in News On 16th January 2018
ADVERTISEMENT

Dan Gurney, Formula 1 driver, constructor, and motorcyclist has died of pneumonia after a lifetime of intense and productive motorsports activity. He died in California on Sunday aged 86. 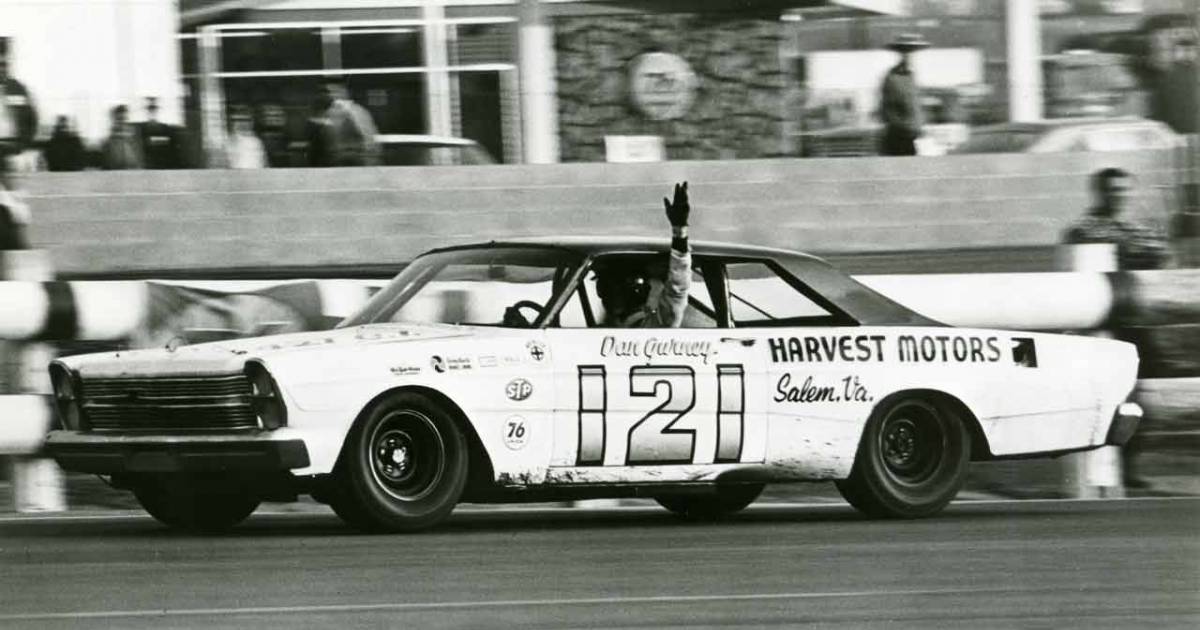 The news was announced by his wife Evi and family in a statement. American racer Dan Gurney, a Formula One and Le Mans 24 Hours winner in the 1960s who started a trend by spraying champagne on the victory podium, died in California on Sunday aged 86. Creative, intelligent, competitive, Gurney stayed at the forefront of automotive and other technology, but he always remained a motorcyclist. The family said Gurney, whose Formula One career spanned one of the most glamorous and dangerous periods of the sport’s history from 1959 to 1970, had died of complications from pneumonia. 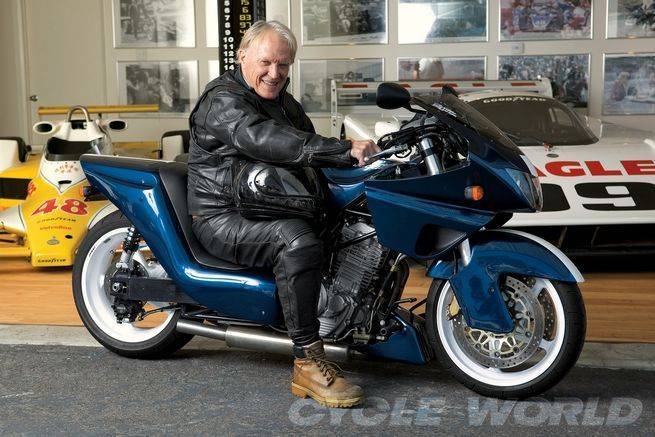 A winner also in IndyCar and NASCAR, and inventor of the "Gurney Flap" aerodynamic device, he was inducted into the Indianapolis Hall of Fame after finishing second in the 1968 and 1969 Indy 500s and third in 1970. Gurney in high school revealed the wide-ranging interests and enthusiasms that would drive his life by building and racing cars of his own. The son of an opera singer, Gurney made his Formula One debut with Ferrari at the 1959 French Grand Prix in Reims and soon established himself racing against some of the sport’s all-time greats. 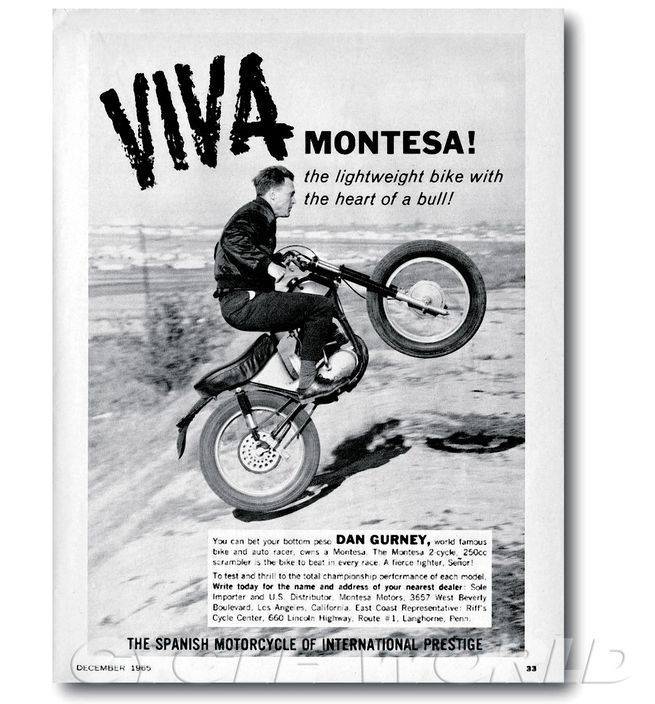 His first grand prix win came with Porsche at the 1962 French Grand Prix in Rouen, followed up by another at the same circuit in 1964 when he took a first championship win for Brabham. Gurney won again that season in Mexico City and then in 1966 set up his own All American Racers, taking their first and only win at Belgium’s Spa-Francorchamps circuit in 1967 in the beautifully-designed Eagle Weslake Mark I. Ascending through the ranks of drivers, he came to the attention of New York City Ferrari importer Luigi Chinetti, who got him an "audition for the big-time" He would spend 10 years in the first rank, retiring in 1970. 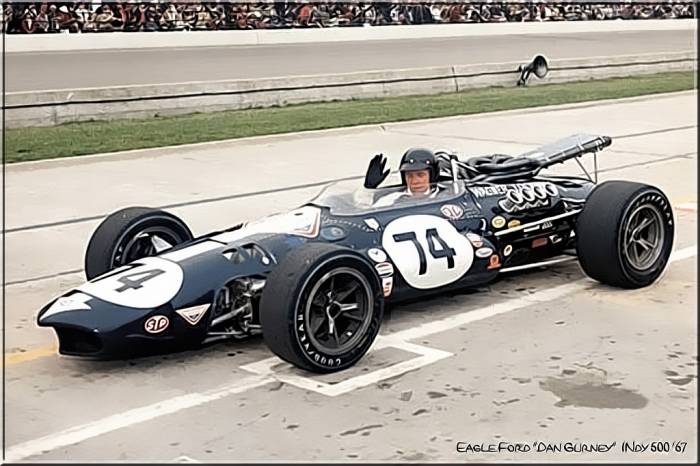 Evi Gurney recalled to Reuters on the 50th anniversary last year,"Dan’s naughty nature took over and he used the bottle like a firehose on everybody out of sheer exuberance, a relief for finally having won the race after 10 tries. Thousands have done it since, exactly the way he did."

He was always much more than a driver, and it is my thought that he asked himself. Gurney ended his career at McLaren in 1970, stepping in after the death of the team’s founder Bruce McLaren for three races. 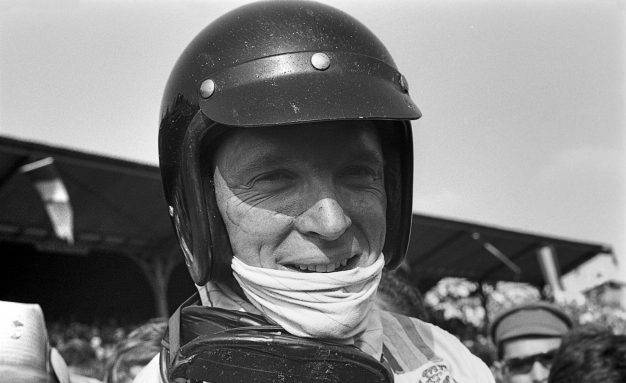 Motorcyclists venerate Dan Gurney especially for his years of development of a series of feet-first motorcycles he called "Alligator," designs that grew straight from his above-average height and difficulty fitting onto ordinary motorcycles. His current "moment-cancelling" twin was intended to power the next of these unusual machines. 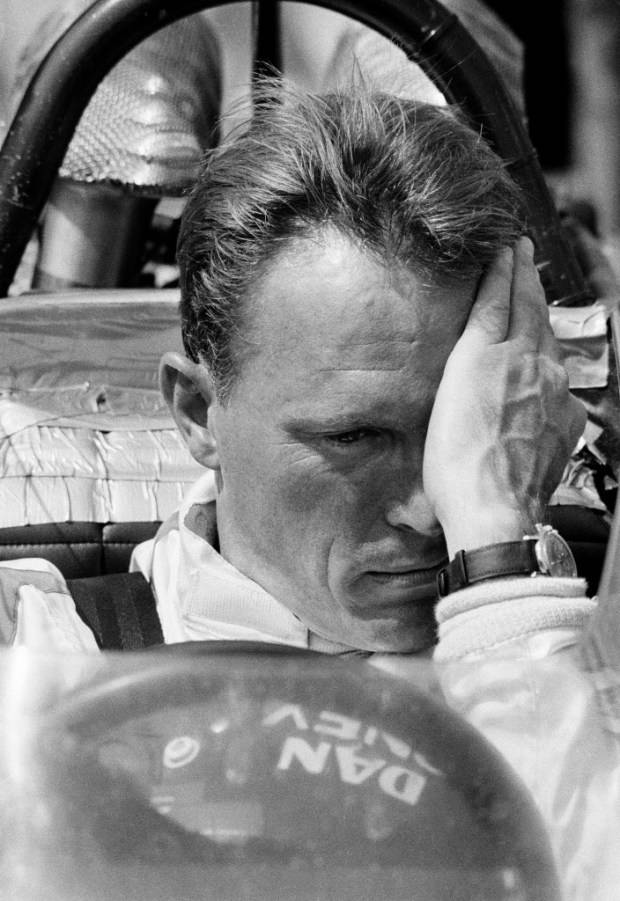 During the era when Yamaha hosted its Monterey Bay Aquarium parties on Laguna Seca MotoGP weekends (2005-08), you might see Gurney and his men arrive on the various marques of Alligator. Southern California riders encountered him and his latest Alligator often on the most demanding stretches of highway.

Dan was excited at the preliminary airflow results from his new engine and filled with the pleasure of anticipation of firing tests to follow. We don’t live forever, but Dan Gurney showed that we can ignore that. Death may be universal, but the force of a life lived fully makes it incidental. Despite not winning a championship, Gurney remains the second most successful U.S. Formula One driver in terms of race wins (four) after 1978 champion Mario Andretti (12). Phil Hill, champion in a 1961 season when Gurney finished third equal with Britain’s Stirling Moss, won only three. 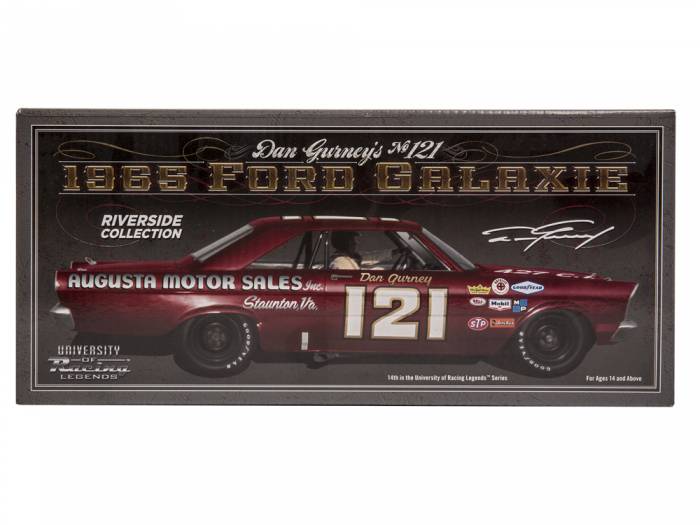