Posted by Sama in Feel Good On 2nd December 2020
ADVERTISEMENT

This man's swift thinking and brave action saved an elderly man from the house fire. Sean was on his usual job of delivering and it was at that time he heard someone crying for help. Sean helped an elderly man move out and ripped the house door to escort the man to safety. 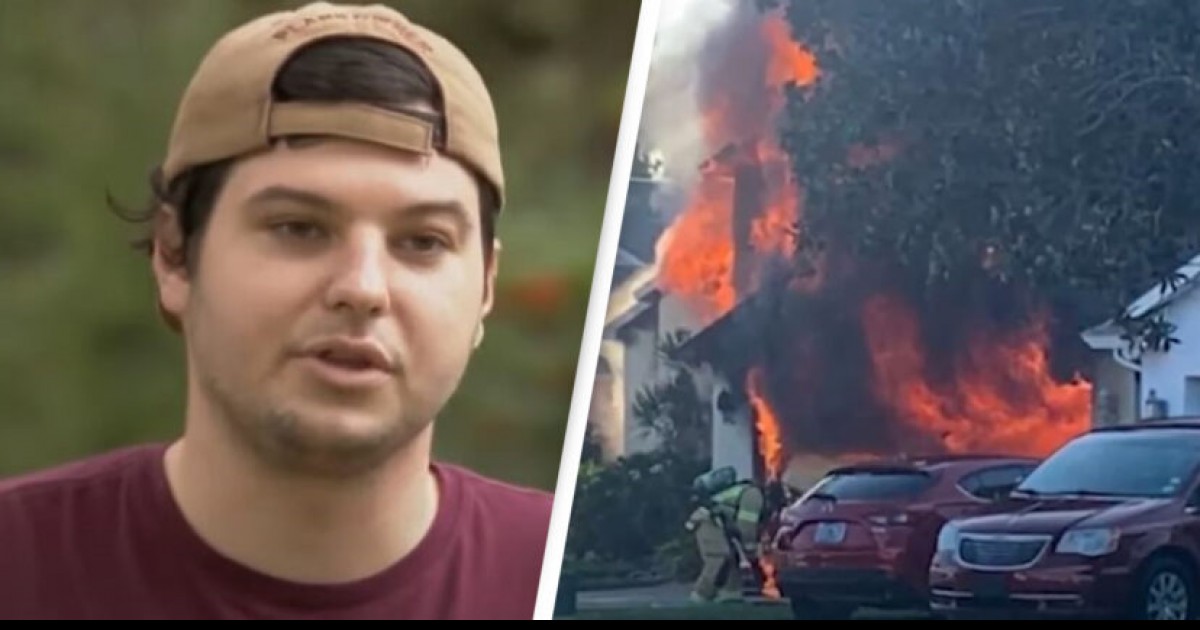 For Sean Campbell, it was another normal day at the job where he was out performing his normal deliveries on last Friday, November 27. However, things took a turn for better or worse as he approached New Smyrna Beach.

As soon as he heard screams, Sean drooped all his packages and run in the direction of the voice calling out for help, where he was faced with a blaze at the Century Woods Subdivision home. 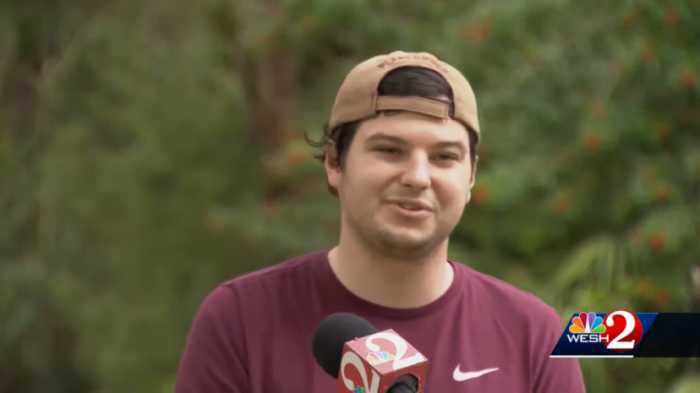 Despite the scary situation in front of him with the whole house set ablaze, the 23-year old took swift action and ran inside the house to save the man who was trapped inside the house.

In a recent interview with WESH 2 News, he explained, ‘I heard the screaming, and when you hear something like that you have to go to it.’

When Sean arrived at the home, an elderly woman had managed to get out, but there was a man inside who appeared to be immobile. ‘He was in the kitchen, you know, with his walker just standing there. I don’t think he really knew what was going on,’ he explained.

He kept on trying to persuade the elderly man to give up on his walker and run out of the house with him as the fire was getting more and more dangerous, ‘He was trying to grab his walker. I was like no, we got to move… you’ve got to see another day,’ he added. 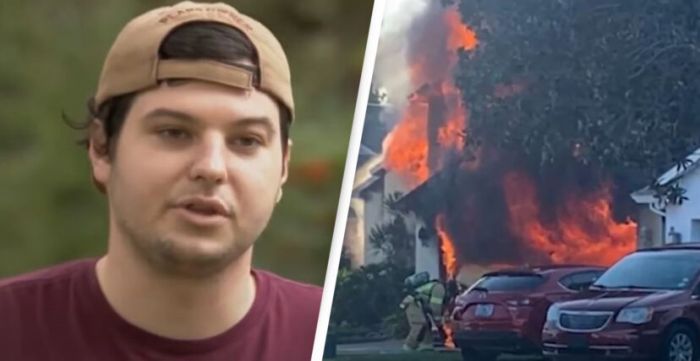 Reports suggest the fire started from the garage.

As the man wasn’t able to move fast enough in order to survive, Sean ‘ripped’ the door open so he could escort the pensioner out quickly and safely.

Tim West, the son of the man inside the home, arrived not long after and commended the young delivery driver. ‘It was fantastic. He was both here and able to go inside and brave enough to go inside. We really appreciate that,’ he said.

Sean was ‘thankful he got the people inside out’.

Firefighters arrived at the right time and were able to save the family dog. Unfortunately, the house is badly damaged and the old couple is for now staying with their grandson. 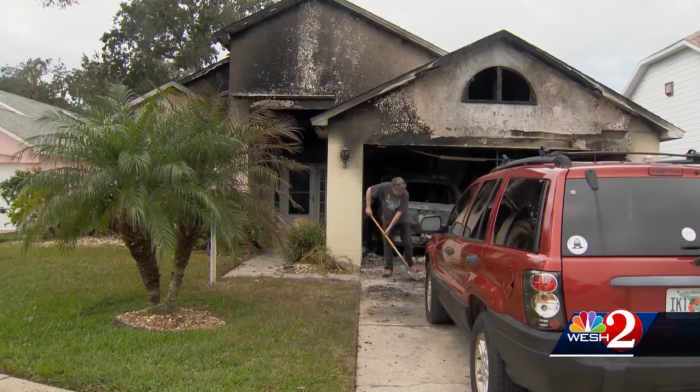