Amazon Denies Its Employees Pee In Bottles And The Internet Isn’t Having It!

Posted by in News On 28th March 2021
ADVERTISEMENT

People are coming forward with their own experiences of working with Amazon after they denied that workers have to pee in bottles to keep their productivity levels up. Amazon is now being called out on Twitter for their exploitative policies. 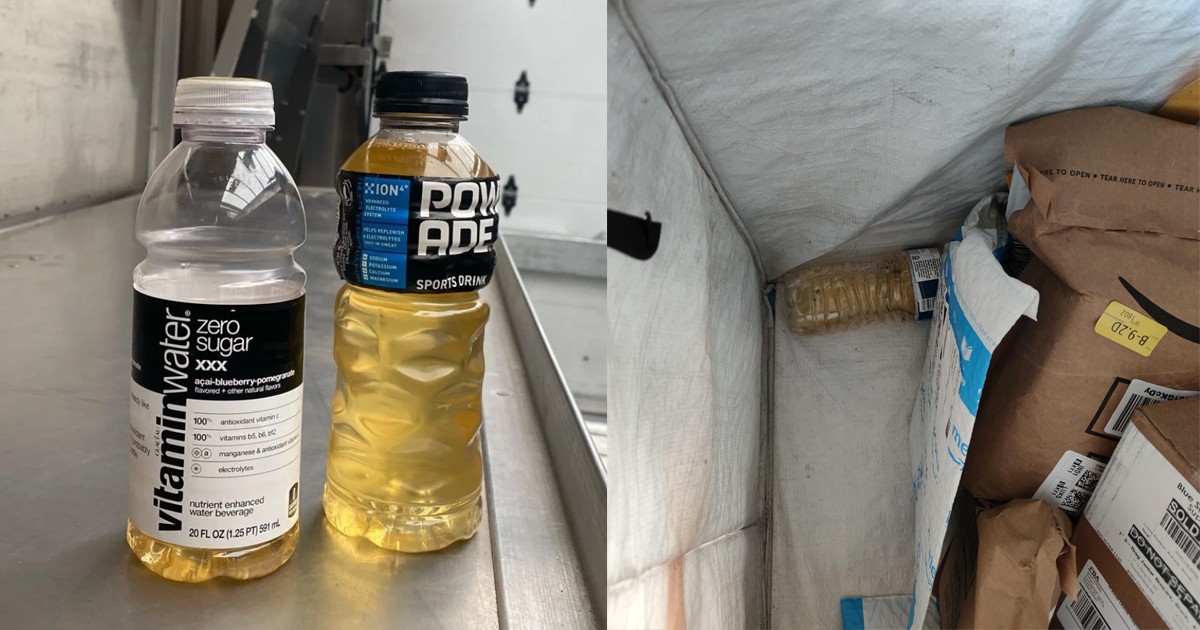 In a strange scenario which contains bottled urine, disgruntled workers, an internet scandal, and online bots, this story just keeps getting wilder.

According to the rumour mill, Amazon has some exploitative employment policies that has people on the clock for hours on end. Employees are discouraged from taking breaks and fired for ‘low productivity levels. This led to an internal culture where employees would have a quick pee in bottles so they wouldn’t have to take a break to go to the bathroom.

The Twitter storm began when Senator Bernie Sanders was scheduled to go down to Alabama for the unionization of amazon employees. CEO Dave Clark welcomed him in a Tweet which started a domino effect. 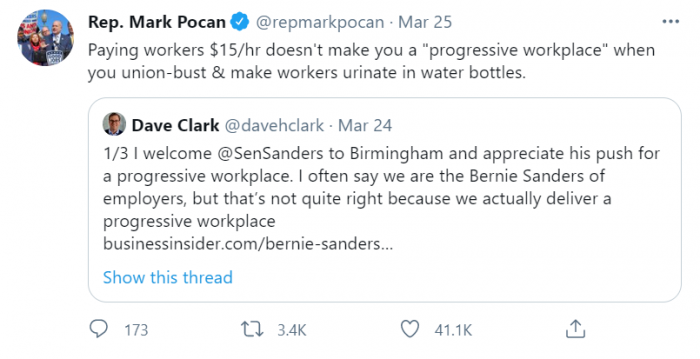 It was at this point that an Amazon News Twitter account replied with a quote discrediting the claims that amazon workers had to urinate in bottles on the work floor. 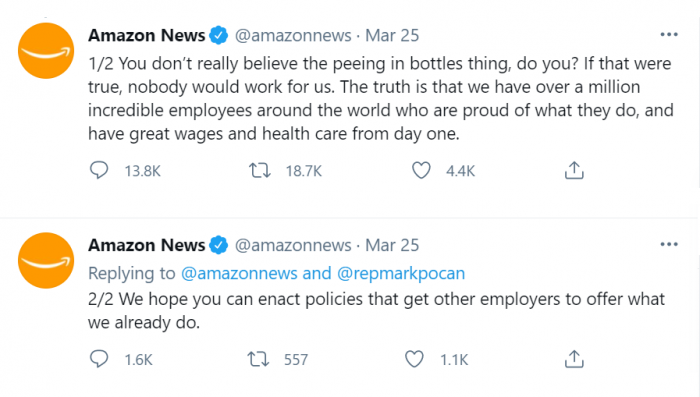 Gravel institute immediately retorted with an incriminating image showing evidence of employees having to resort to unsanitary working conditions. 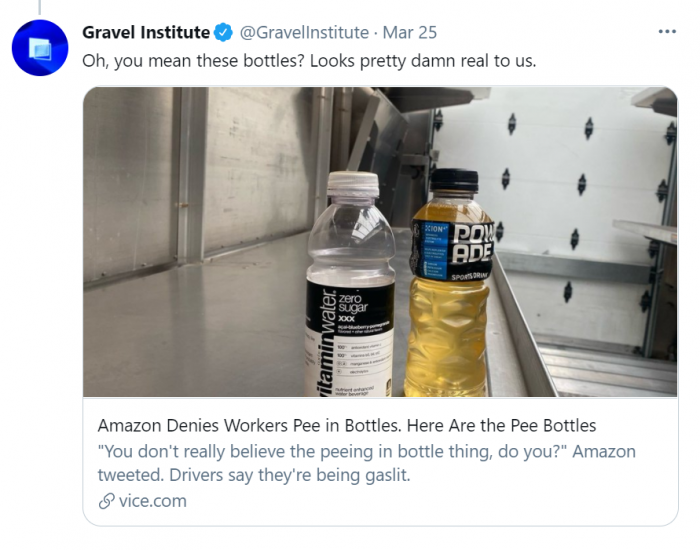 Other users responded with articles and reports that also proved otherwise. 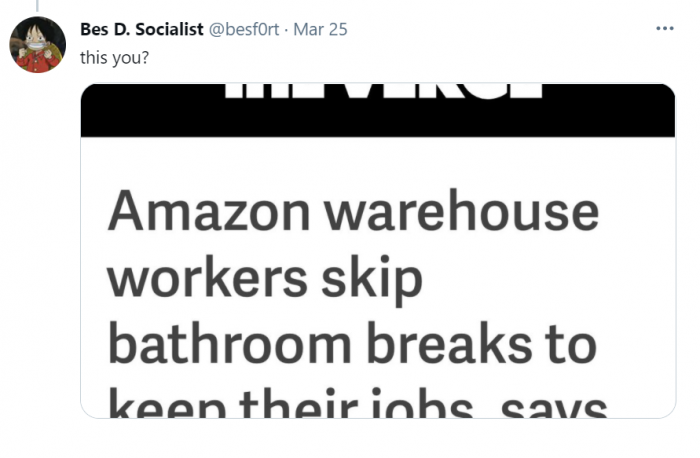 One user dug up further reports saying they're all over the internet. 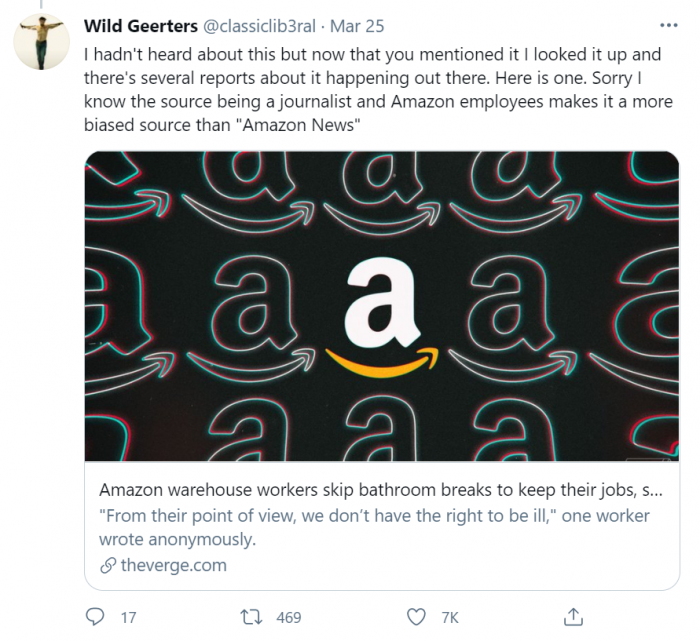 Another pointed out that employees had no choice and had to even work in the sweltering heat. 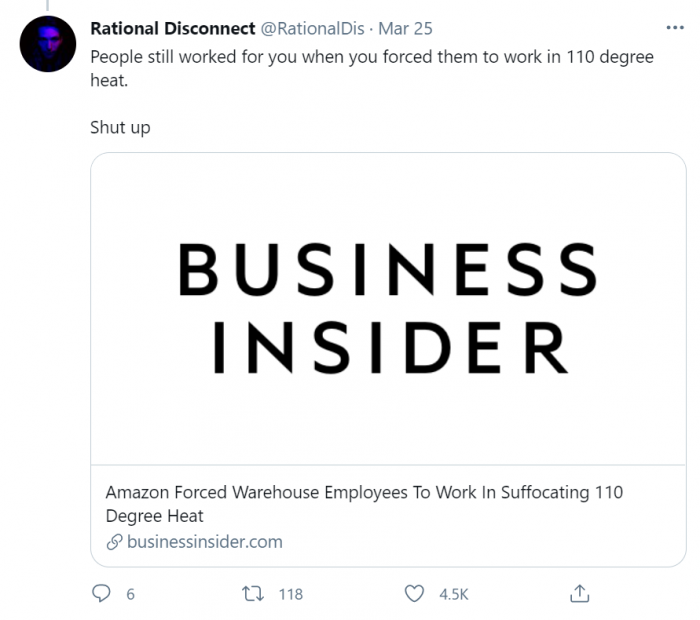 Another called Amazon out for thinking they could lie their way out of this. 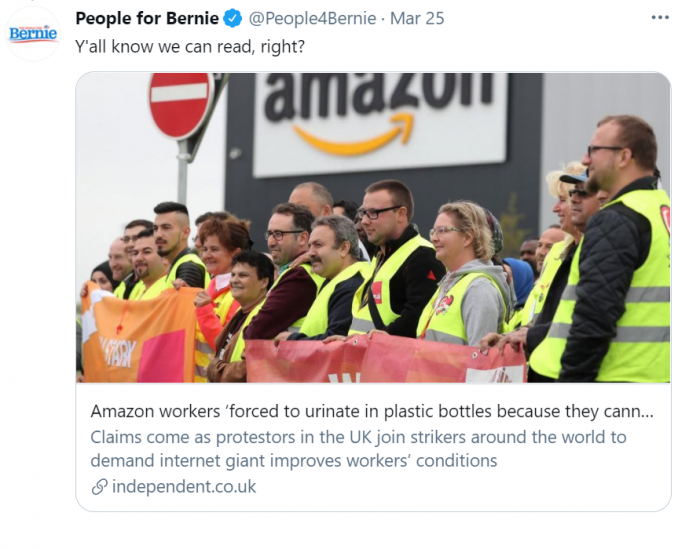 Another Reddit post revealed that warehouse workers had to resort to the same situation as delivery drivers.

I've found piss bottles from other drivers, but now from the warehouse too... from r/AmazonDSPDrivers

After this criticism people took to Twitter making fun of Amazon and calling them out for denying the claims rather than addressing them to create a better workplace. 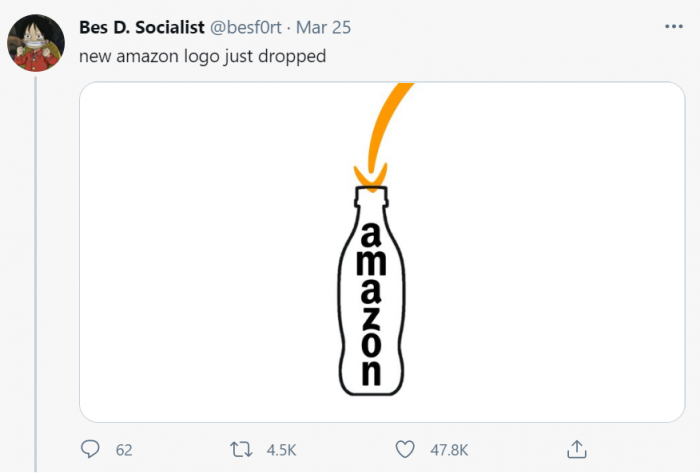 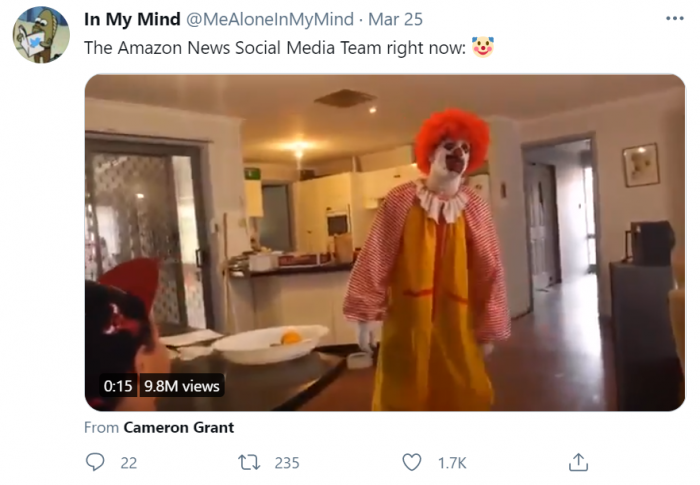 Where it gets more bizarre is that mysterious people started replying to these criticisms, extolling the virtues of working at amazon. 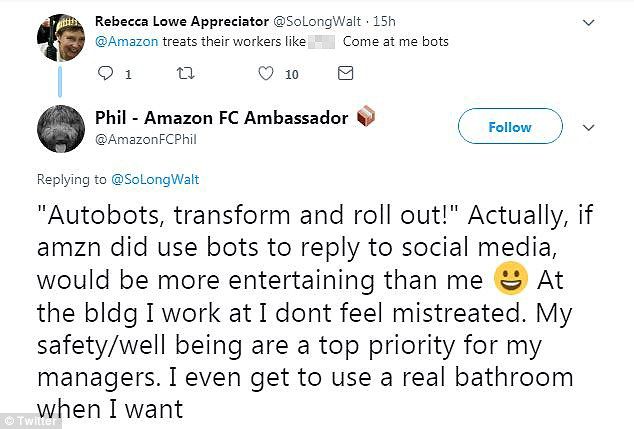 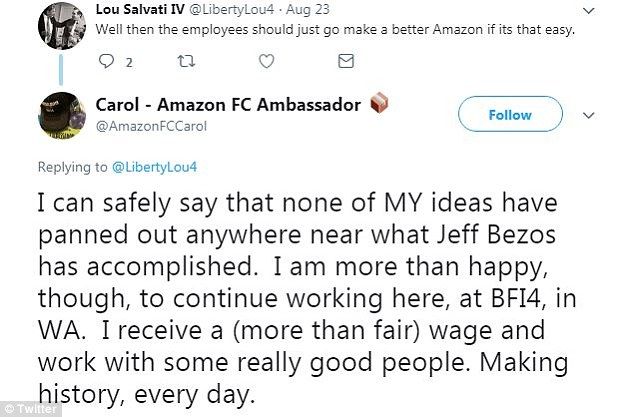 The creepiest thing of all, however, was the fact that they all had the exact same cover photo. 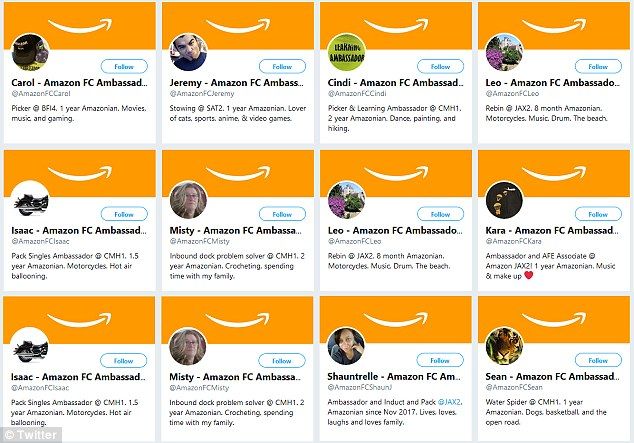