Posted by Editorial Staff in News On 20th February 2021
ADVERTISEMENT

This male 'Karen' lost his mind when told to put on a mask and attacked employee with a cart. 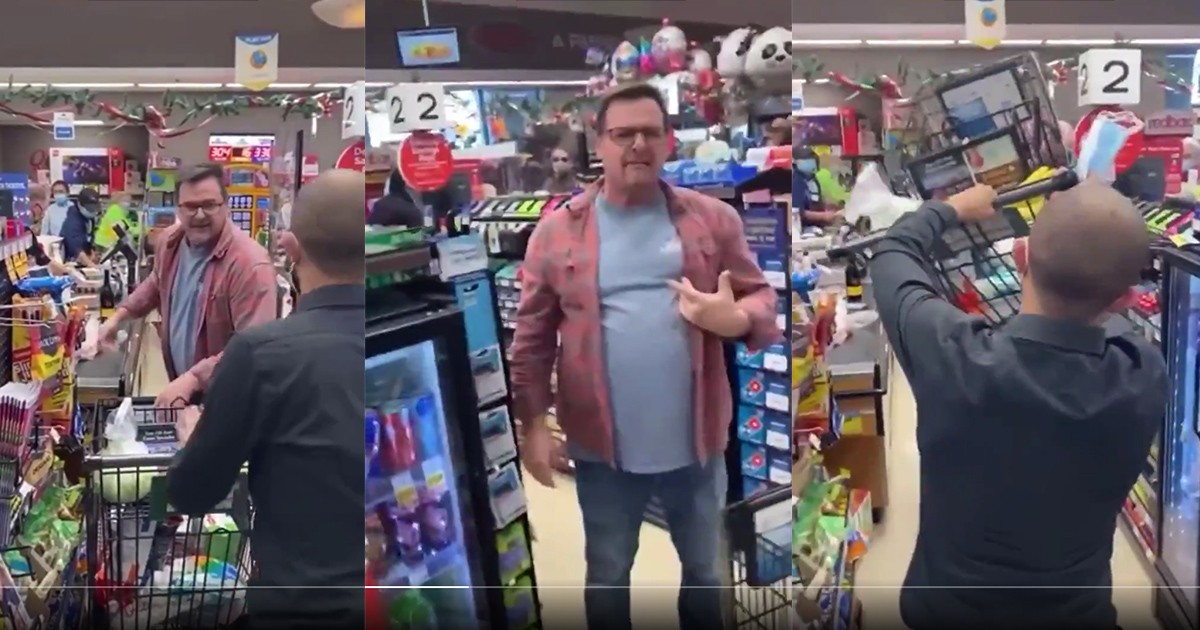 After having experienced the pandemic for over a year, it is rather baffling to see people that continue to not only refuse masks but have an emotionally aggressive reaction to them.

Anti-masker attempts to assault store employee with cart after being confronted. From Orange County, CA from r/PublicFreakout

One such example is this man from Orange County, California who was in the middle of checking out his groceries when a store employee asked him to don a mask. 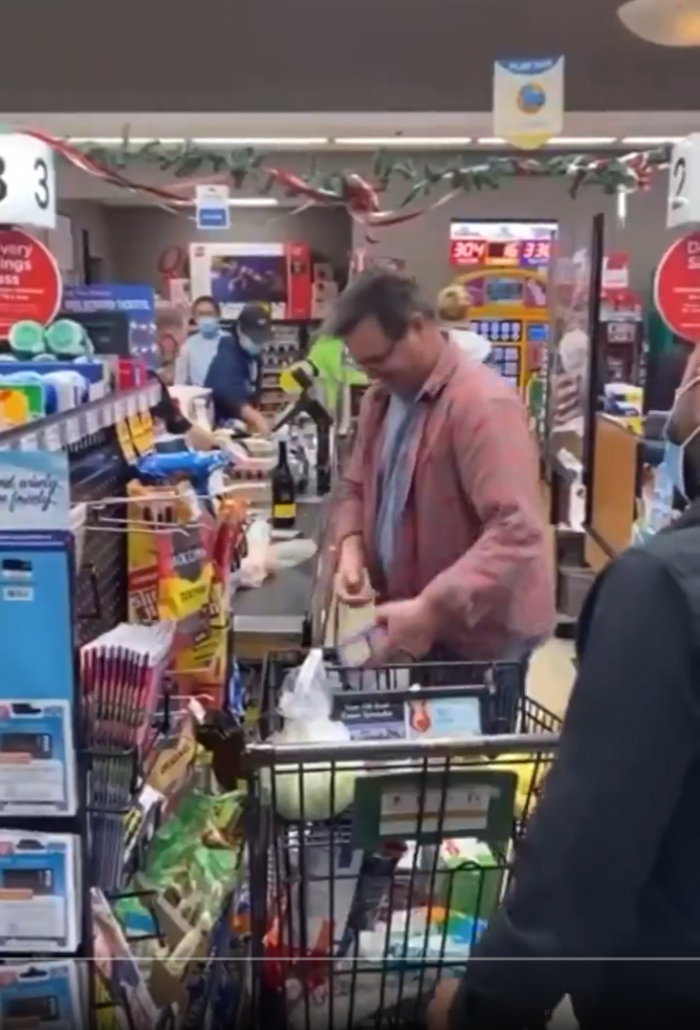 The employee also placed a hand over the cart in an attempt to stop the man and inform him of store policy. 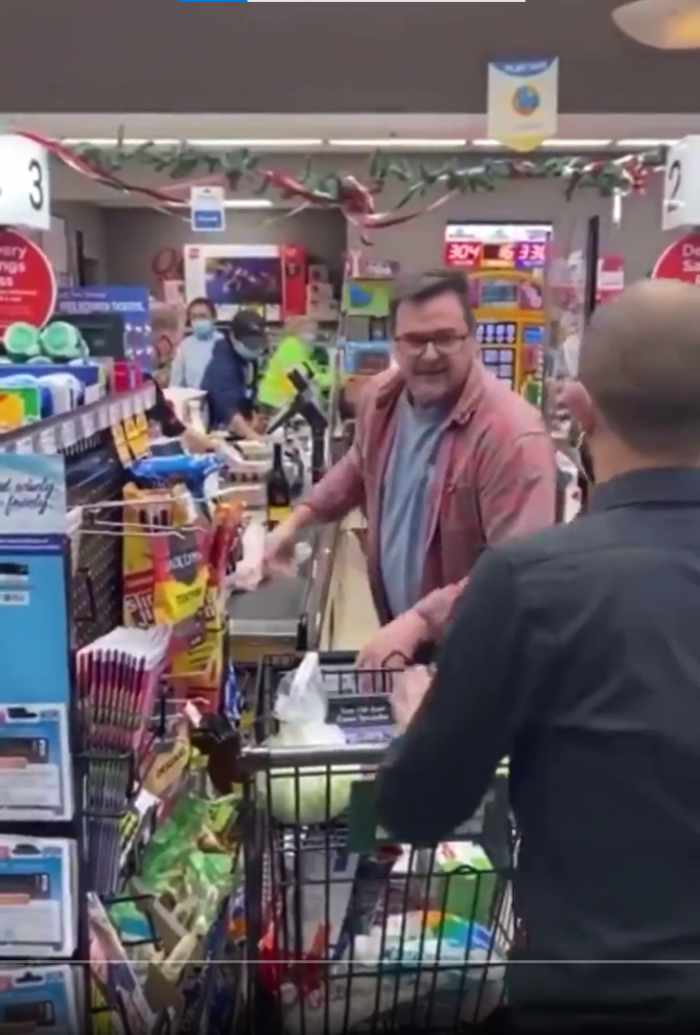 The situation then escalated at an alarming rate with the customer picking up the cart and attempting to throw it at the employee. 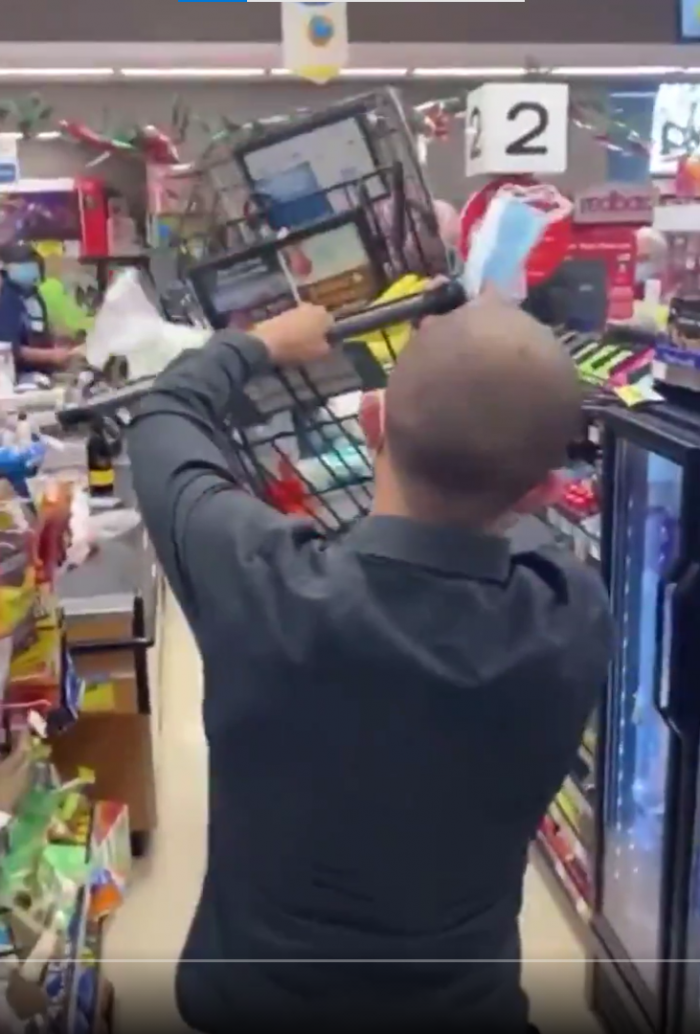 It was lucky that the employee had a handle on the situation and was able to save himself from the assault without injury. 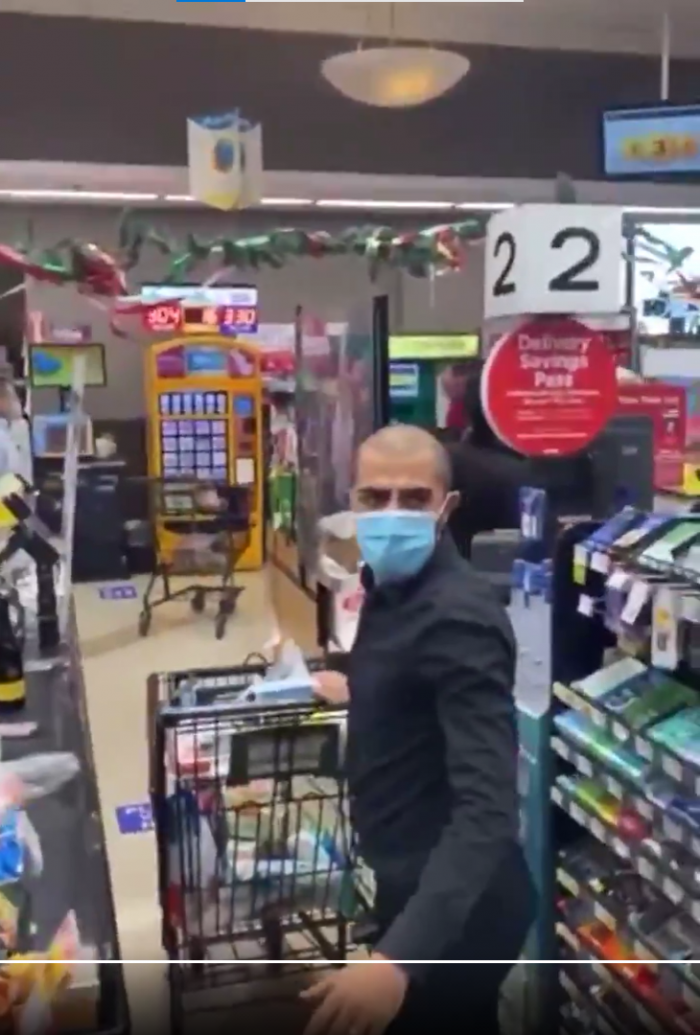 Customers were also quick to call out the man who was seen reacting to being called an idiot by the man filming the scene. 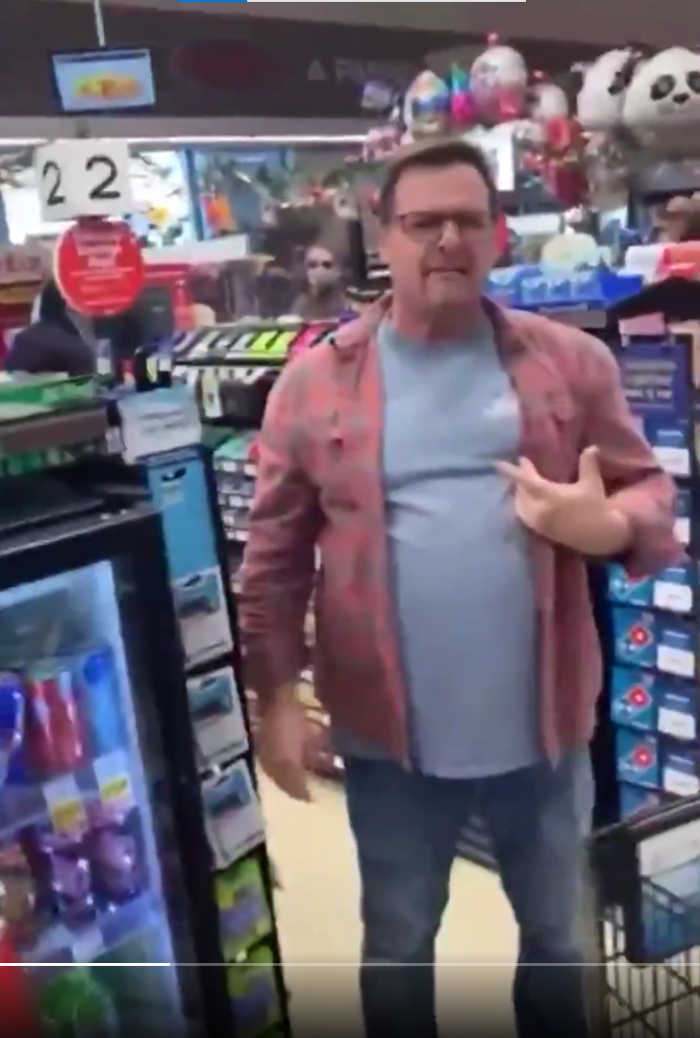 As soon as the assailant realized he was being filmed, he is seen exiting the store in a rushed manner as onlookers cheer on. It is as yet unknown whether charges were pressed against the man. 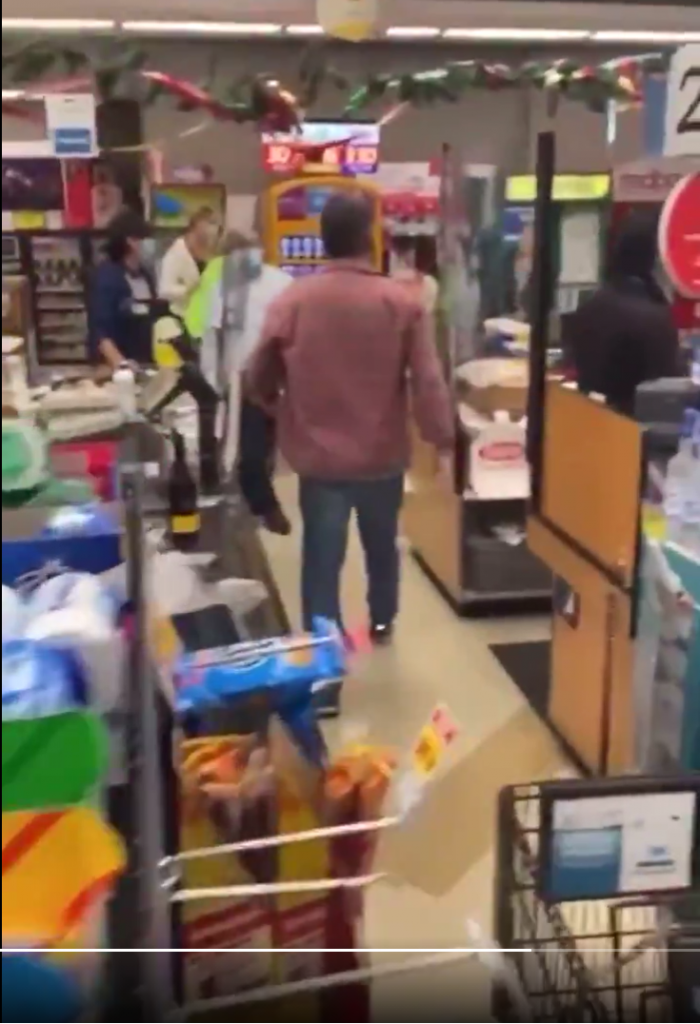